Leading The Comeback: the Pin nails a return to the Noël Coward

At its premier last December, The Comeback, the aptly-named debut play of Ben Ashenden and Alex Owen (a.k.a. “the Pin”), promised farcical charm to audiences that had spent the year in their pyjamas. Seven months on, the title feels all the more appropriate as the show returns to the Noël Coward theatre.

Energetic, absurd and laugh-out loud funny, The Comeback delighted. We meet Ashenden and Owen’s on-stage incarnations at an ill-fated comedy show in sleepy Didlington. Jimmy and Sid are a doddery end-of-the-pier duo teetering on the brink of anonymity, and Ben and Alex their hungry young warm-up act. Cue whisperings of a big-shot Hollywood producer in the audience, and an inauspicious gig becomes the opportunity of a lifetime, prompting sabotage, impersonation, and even Derren Brown-style mind games as the acts vie for exposure. 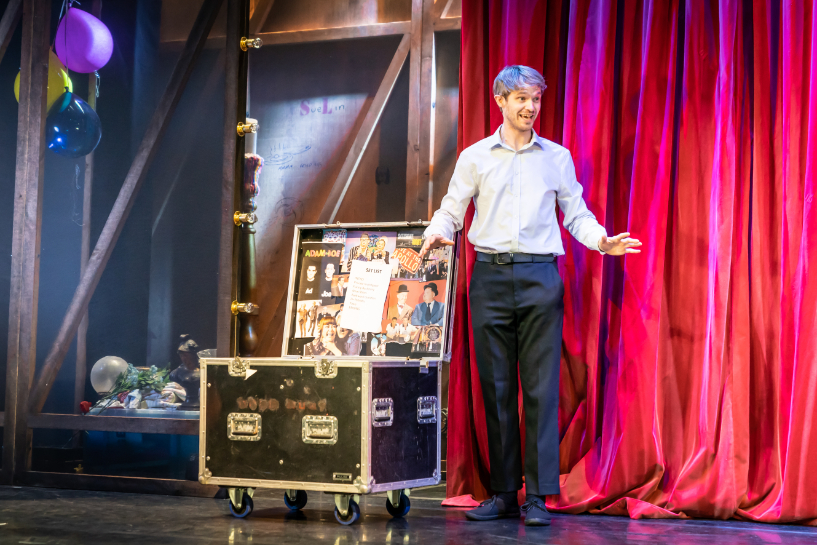 Sonia Friedman’s production has not seen the West End show lose the charm for which it garnered acclaim at the Edinburgh Fringe in 2018. Onstage and offstage action is expertly blurred as Jimmy and Sid’s set unravels in real-time, and self-aware gags – “we have to end this goose chase, the audience have been sat in silence for 20 minutes!” – tease viewers for suspending their disbelief to absurdity. Jokes about the show falling flat and a faux-interjection by a stage manager were all the more believable against the backdrop of a socially distanced audience navigating the new rules of theatre.

I had been told to expect a mystery celebrity appearance at The Comeback, but if I had to rank stars I’d like to see tasered, Toby Jones would feature pretty far down the list. Following the likes of Stephen Fry and Catherine Tate, Jones, called upon as an unassuming audience volunteer, gingerly entered the fray, and obliged increasingly harebrained requests with surprising gusto. Watching the gentle man in a suit meet such a sticky end shocked and delighted the audience in equal measure. 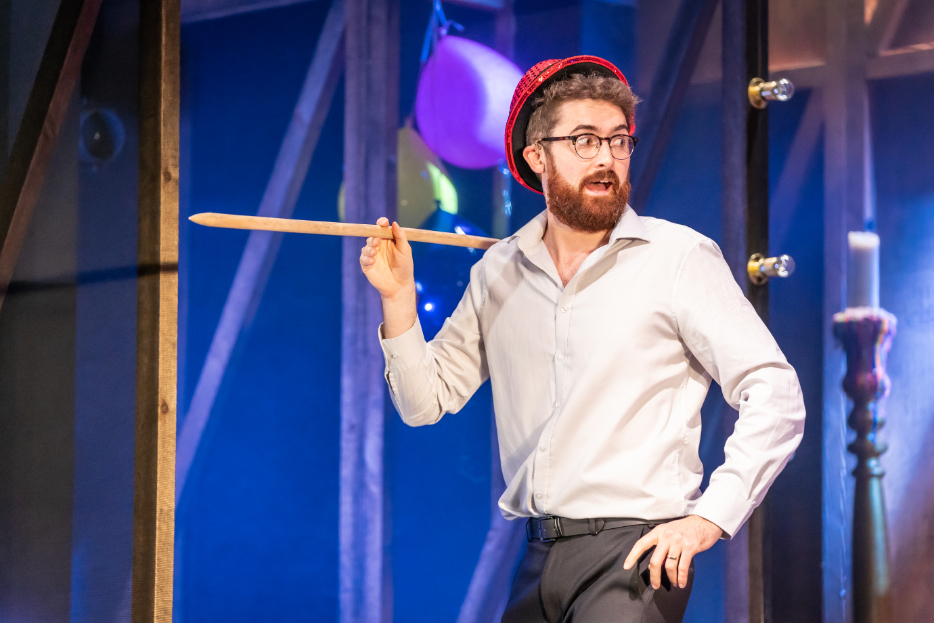 Other duos might not have been able to pull off the sillier jokes – “We need an iPhone for the selfie sketch, Sid, not a landline!” – but Ashenden and Owen’s breakneck pace and refusal to dwell on the punchline keeps tackiness and tedium at bay. By adopting contrasting personas in each of the duos, the actors tactfully avoid falling into tropes of the wit and the clown. Hurtling to and fro on the stage, the pair lay triumphant claim to every inch of a platform elevated in size and stature from that of fringe shows and zoom videos – albeit to the alarm of an elderly woman who narrowly avoided a cascade of clam-shells in the front row.

The Jimmy and Sid show closes with the older duo donning their sequined hats one last time for patiently waiting fans – evoking excited ticketholders for The Comeback who were turned away last Christmas. And while Didlington comedy-goers were treated to a final hurrah, followers of the Pin can expect plenty more to come.

The Comeback has as strictly limited run until 25 July 2021.

All imagery courtesy of Marc Brenner.