The Windsors: Endgame takes aim at the Royals’ Crown Jewels

Making the leap from Channel 4, The Windsors look to have colonised the West End overnight with the new satire by Bert Tyler-Moore and the late George Jeffrie. “I DO BELIEVE IN A CONSTITUTIONAL MONARCHY!” echoes the Prince of Wales Theatre. 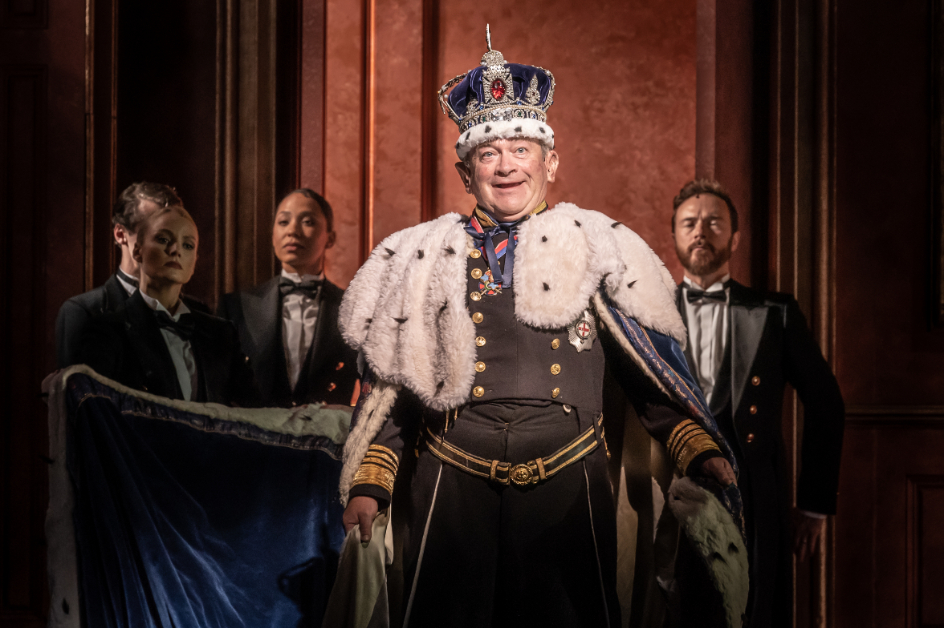 Harry Enfield reprises his role as a bumbling Charles, finally staking claim to the throne in the wake of Liz’s shock abdication. He is accompanied by three of the original motley crew; Matthew Cottle returns as Edward, who counts among his lowly posts serf, druid, and footman, whilst Tim Wallers’ appearance as Andrew is punctuated by his ejection from the stalls for harassing a theatre attendant. We soon find Harry (Tom Durant-Pritchard), shrouded in incense and struggling with his downward dog, grappling with the LA condition. 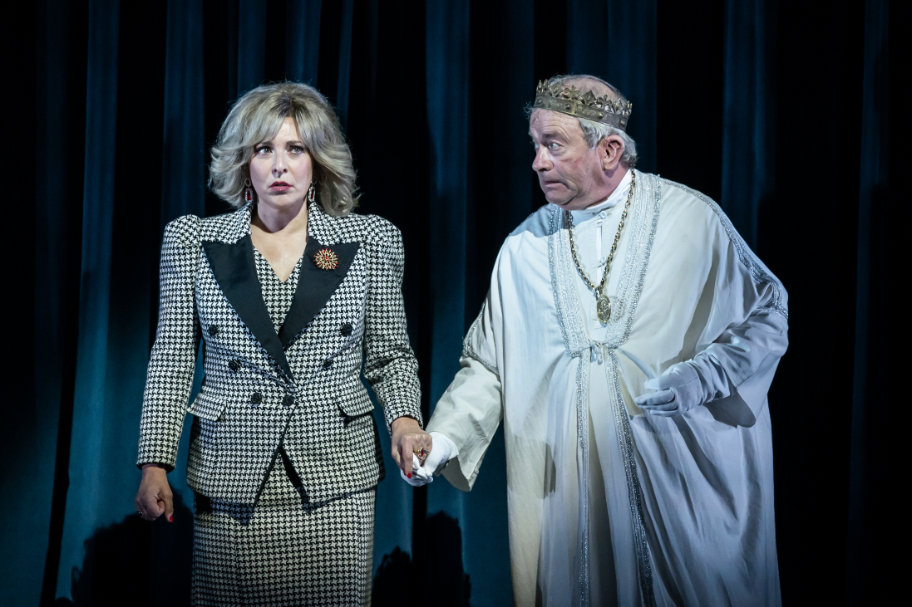 From vagina candles to Epstein jokes, it’s a strange breed of clever theatrical pantomime, driven on by a familiar archetypal villainy in Camilla (Tracy Ann-Oberman). Capitalising on a botched Brexit treaty, the power-hungry Duchess conspires to restore the monarchy to its halcyon days, subjecting the nation to the horrors of feudalism and maypole dancing. Between pillow-talk with Charles and a rhapsodic anti-Diana tirade, Camilla brilliantly incurs the ire of a fickle crowd, with the topical heckling: “You’ve only got one O level!” 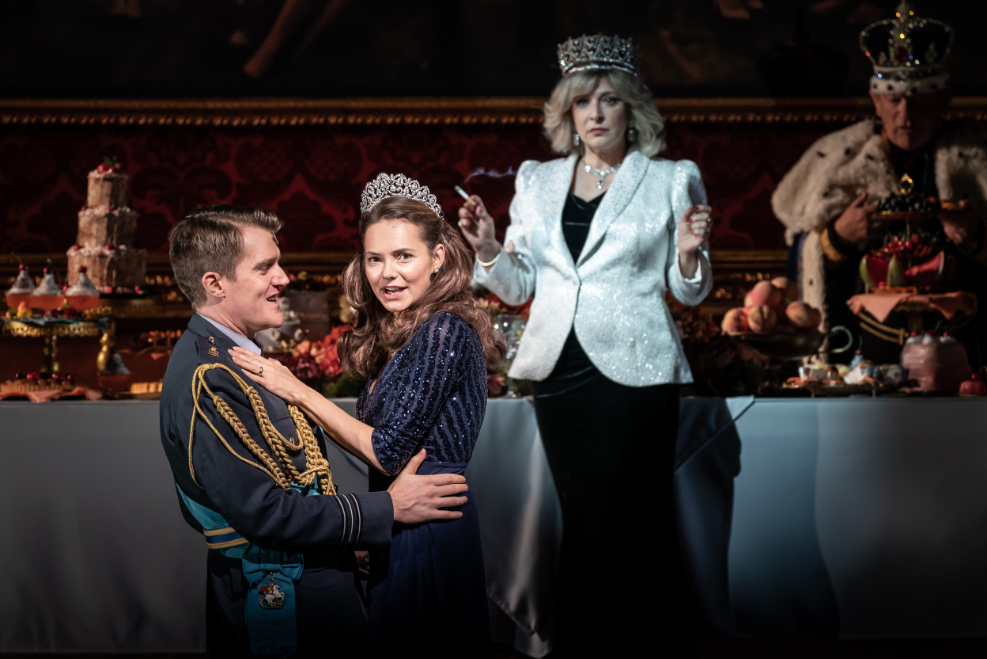 On Camilla’s quest for absolute dominion, the Prince of Wales remains apathetic – just so long as the actor Josh O’Connor meets a grizzly end for his young Charles in The Crown. That said, if Charles found O’Connor’s impression offensive, Harry Enfield’s performance probably constitutes treason. At several junctures, the star’s uncanny Gollum tribute swaddles his precious crown, eyes bulging to the point of aneurysm. His ultimate epiphany is not a newfound love for his subjects, but a source of true inner peace – “wanking about in the gardens of Highgrove.” 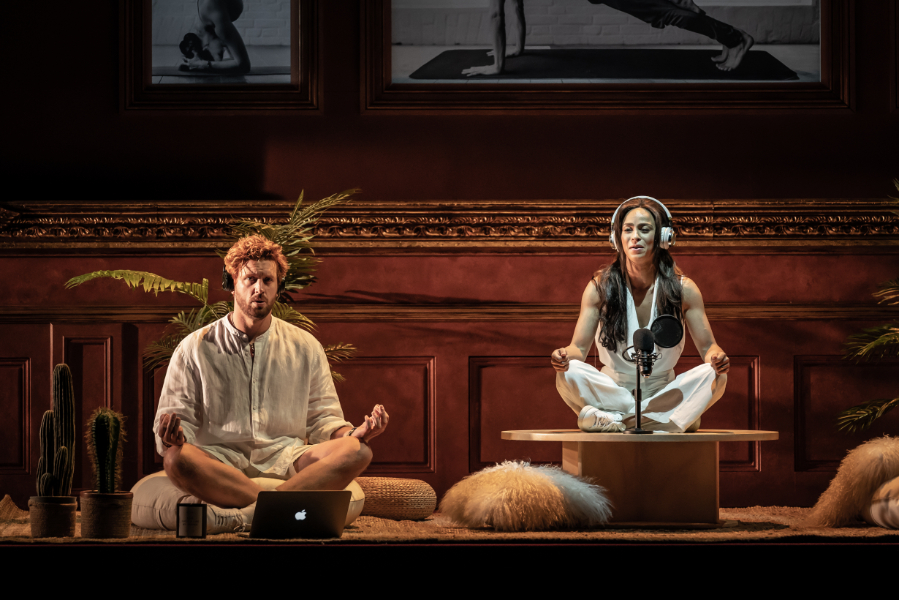 The syllables are as drawn out as the ‘Prince Andrew doesn’t sweat’ jokes, and increasingly excessive over pronunciation does nothing for the intelligibility of monologues past the interval. An earnest Wills and Kate enlist the help of Harry and ‘Muhghaan’, whilst Beatrice and Eugenie’s whiny anti-‘nonce-gate’ finale is testament that ‘innocent’ can be made to rhyme with anything (“not what the mirror said”). The fascinator-fanatic princesses have the audience in pieces throughout – think Derek Zoolander with a mouth full of golf ball and a hankering for a slice of the sovereign grant. 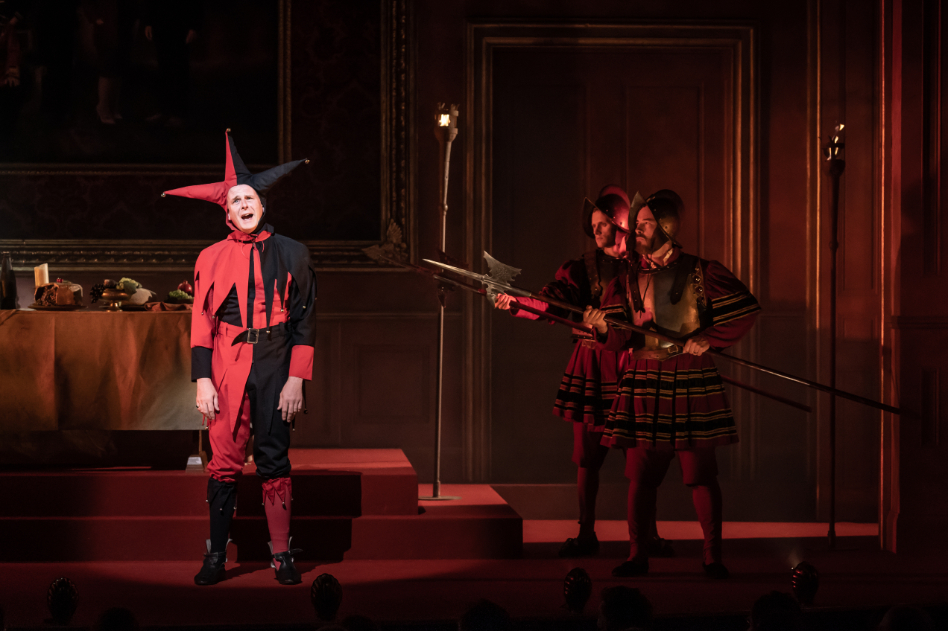 The action eventually reaches its logical conclusion – trial by lightsaber combat, adjudicated, naturally, by the National Druid Society at Stonehenge.

It’s a deranged affair, and it really shouldn’t work. But it does. As ever, the Windsors divide opinion – but, here, they’re wickedly funny. And, as always, great for tourism.

The Windsors Endgame is booking until 9 October 2021.