History in the making | Wedgwood Collaborates with Sheila Bridges

Wedgwood welcomes the New York based American interior designer to the home of daring curiosity. Renowned for her Harlem Toile design, Sheila Bridges has collaborated with Wedgwood to create a limited edition capsule collection of tableware and teaware pieces. The design is inspired by traditional French toile, and celebrates a complex history and rich culture where the designer reimagines her acclaimed Harlem Toile de Jouy pattern in a bold, playful, and colourful design on Wedgwood’s fine bone china. 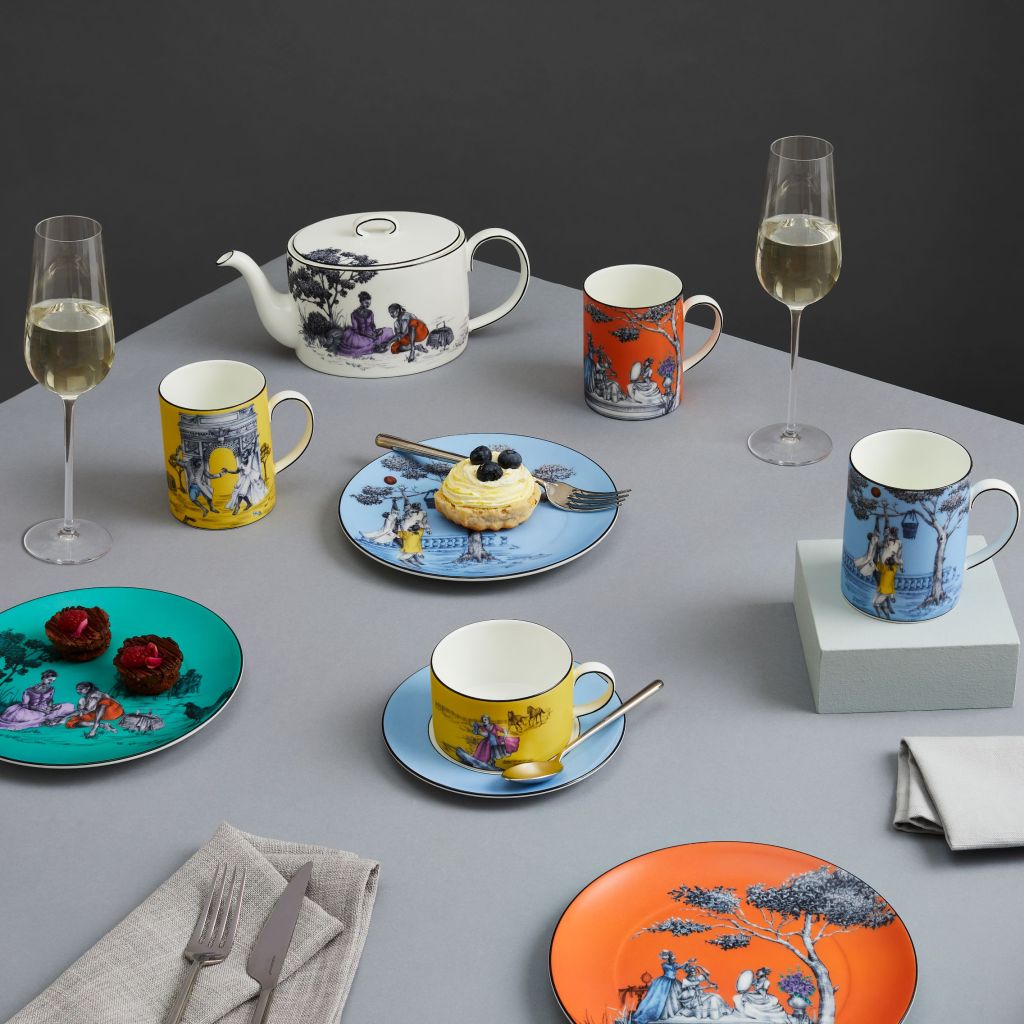 This special collaboration launches exclusively at Bloomingdale’s 59th Street flagship in New York City and Bloomingdales.com for SS22. Following the exclusive US launch, the Wedgwood x Sheila Bridges collaboration will be available globally on wedgwood.com starting in August 2022.

Sheila Bridges designed Harlem Toile in 2005 and comments on the celebrated design by saying, -“it’s hard to believe that it has been seventeen years, I’ve always loved French toiles but when I was searching for a toile for my own home I simply couldn’t find one that spoke to me directly. So I did what most designers do, I created my own and quite frankly I designed this for myself initially as a wallpaper and then a fabric. I wanted to see a toile that expressed a different point of view than the typical toiles I’d seen in the past. As a black woman in Harlem, I wanted to address stereotypes that are commonly associated with black people, but approach the images in a way that also felt personal and celebratory.” 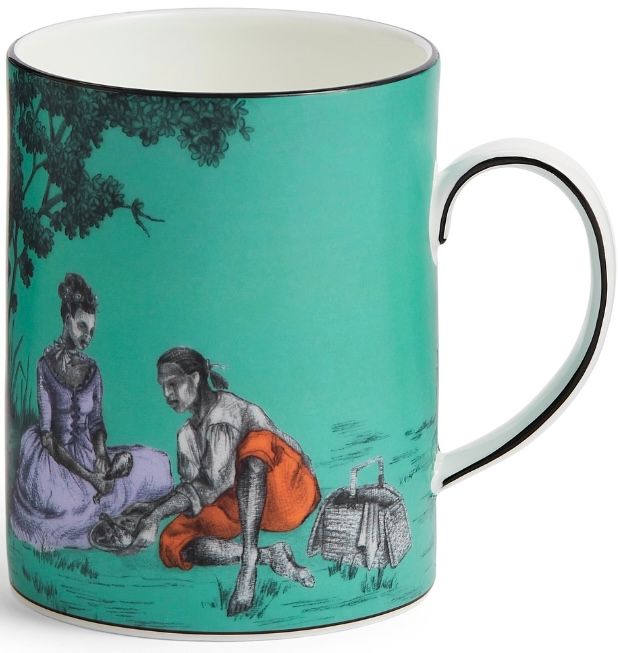 Inspired by travel, nature, history and black culture, Sheila describes herself as a visual storyteller and the designer’s love of Wedgwood began early. Sheila remembers her mother collecting different coloured Jasperware pieces which were displayed in a glass cabinet in the sun porch of the family home in Philadelphia. Captivated by her mother’s style and appreciation of Jasperware, Sheila reveals she was attracted to the beautiful range of Jasper colours and shapes, as well as the classic motifs, long before she became a designer.

Sheila became intrigued by Wedgwood when she learnt that in addition to being a successful entrepreneur, designer and craftsman, Josiah Wedgwood was also active in the British anti-slavery movement of the 18th century. Committed to societal change and regarded as a reformer of his day, Josiah Wedgwood campaigned alongside abolitionists and used his influence to help bring public attention to the movement. A historical political and social stance that has many similarities with today’s cultural conversations and community actions being taken to address issues around diversity and inclusion and improve life choices for everyone. 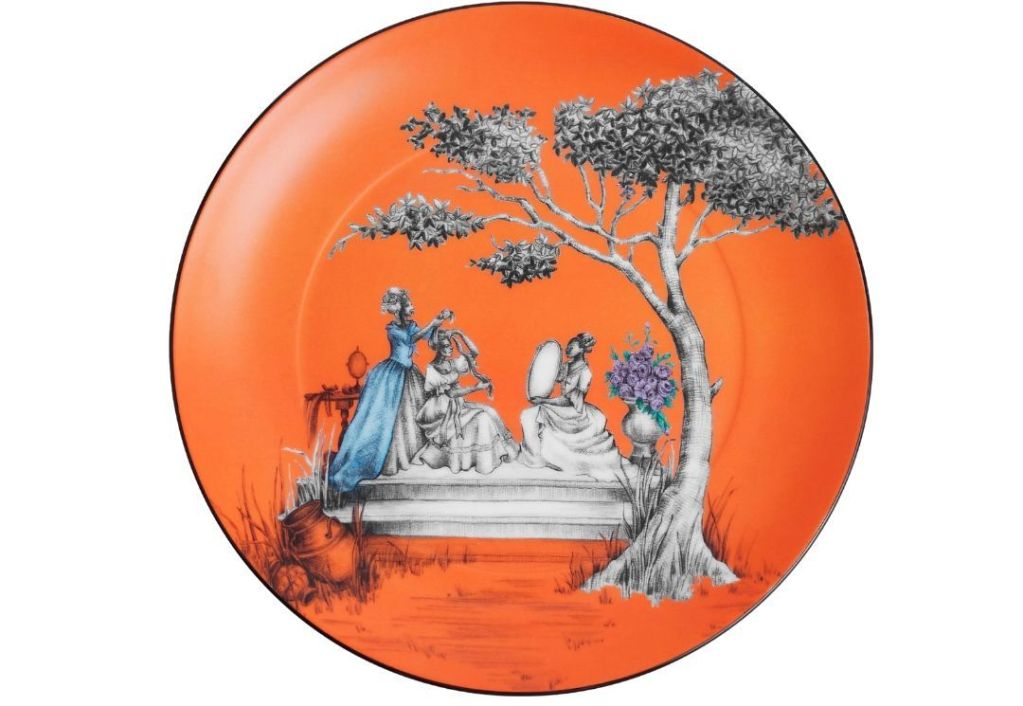 The Wedgwood anti-slavery medallion, first produced in 1787, was arguably Josiah Wedgwood’s most famous political act and through his innovative marketing and ceramics skills, he was able to effectively spread anti-establishment messages in support of one of the greatest causes of his time. The medallion depicts a kneeling and chained slave, with the words Am I Not A Man And A Brother, tens of thousands were distributed across Britain at the time with the aim of spreading the anti-slave trade message. Josiah Wedgwood organised for the medallions to be handed out free after meetings, set into snuff boxes and worn by women as bracelets and as a direct result of Josiah Wedgwood’s entrepreneurial flair and social conscience, the medallions remained an effective and visible anti-slavery protest symbol for more than half a century. 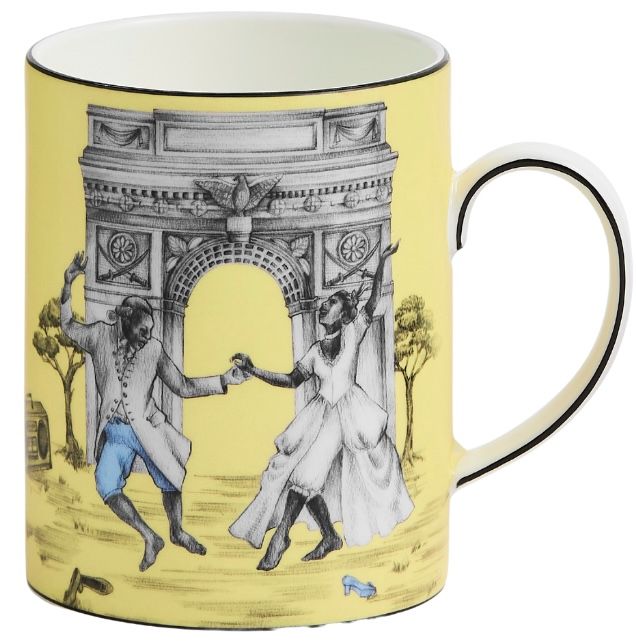 Reflecting on Josiah Wedgwood’s pioneering spirit, Sheila adds “I loved that he was willing to use his expertise, position and privilege to create something beautiful and meaningful that also expressed his conscience about something he deeply believed was wrong. One of my favourite pieces is a yellow and black Jasperware dish decorated with the anti-slavery message and my mother also gave me a small black and white Wedgwood slave medallion which I eventually turned into a necklace, so I guess you can say that not only do I eat off of Wedgwood china and collect colourful Jasperware, I also wear Wedgwood.” 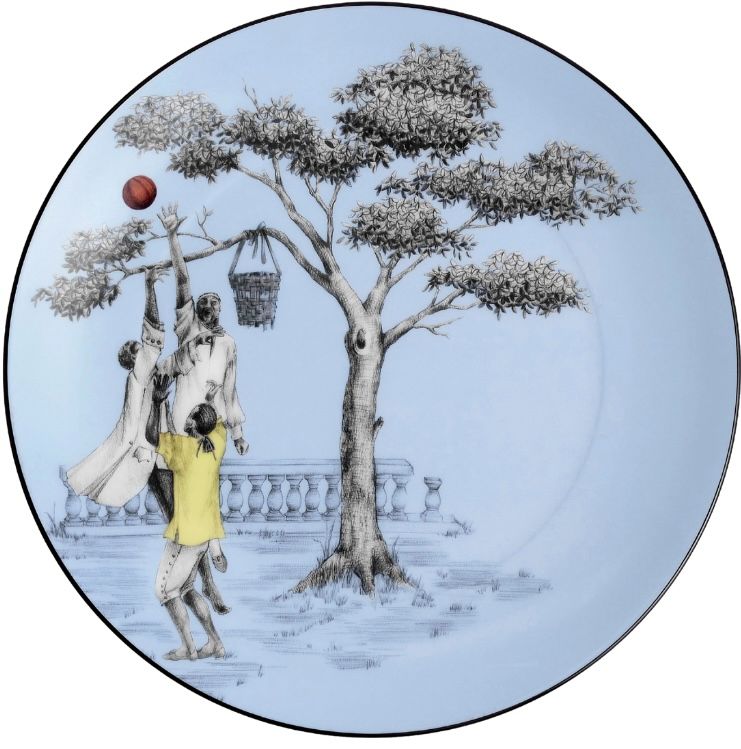 By designing such a personal collection, Sheila finds it difficult to select a favourite piece and admits “every time I try to choose one, I decide that I like another. Perhaps it’s the cup and saucer, I love that we incorporated the traditional Wedgwood blue and white on the saucer and that the cup is actually a completely different colour. I think the pieces are really elegant and well made in the tradition of Wedgwood, but I also think that they’re whimsical and fun.”

The launch at Bloomingdale’s has a personal connection for Sheila Bridges as her first job after graduating from college was with the retailer. When she moved to New York City in the 1980’s, Sheila joined the company’s management training programme to become a fashion buyer, before leaving to focus on her interior design career. “I love that here I am, thirty six years later, collaborating with an iconic British luxury tableware brand with my designs being sold at an iconic New York department store, it’s really exciting and definitely a full circle moment.”

The collection will be available on wedgwood.com from 15 August 2022.

All imagery courtesy of Wedgwood.