Soho Still Swings – Dinner and a show at 100 Wardour Street

While Soho remains the pounding heart of what we must now refer to as London’s ‘night-time economy’, it’s come a long way since its dark and often sordid sixties heyday.  Back then, the iconic address on Wardour Street was that of the Marquee Club, home to residencies from anyone who was anyone in the decade of swinging London.

While names like Jethro Tull, the Jimi Hendrix Experience, Pink Floyd and the Manish Boys may live on only in the battered vinyl your father has handed down, the site, now 100 Wardour Street, is reborn as one of the city’s most popular late-night drinking and live music venues. 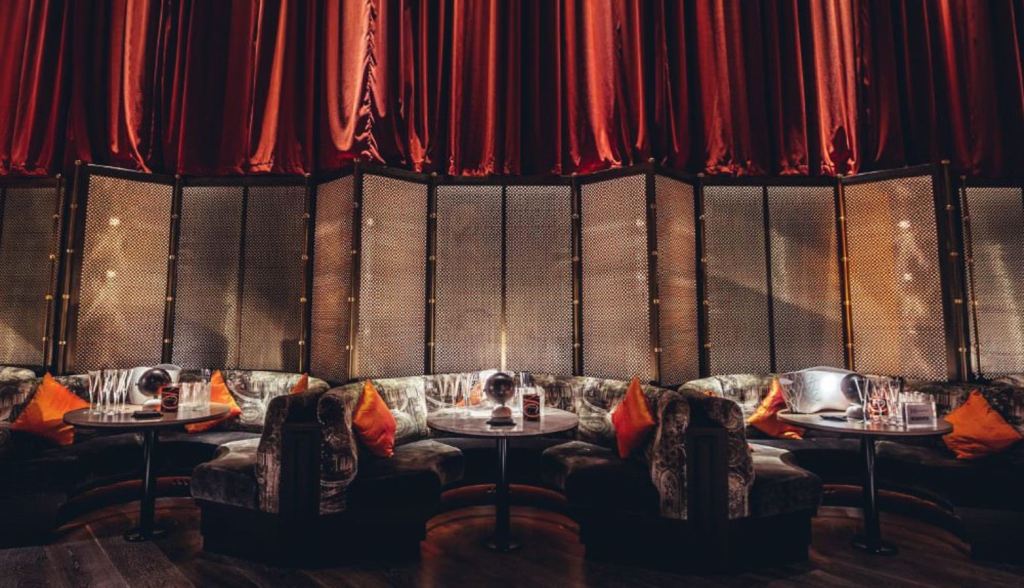 It may no longer be “the most important venue in the history of pop music” (in the words of music bible Melody Maker), but its 2016 renovation and renewal at the hands of D&D London has turned the sprawling site into a two-storey night out destination with a relaxed bar and lounge at ground floor level and a romantically let cabaret-style restaurant in the basement. 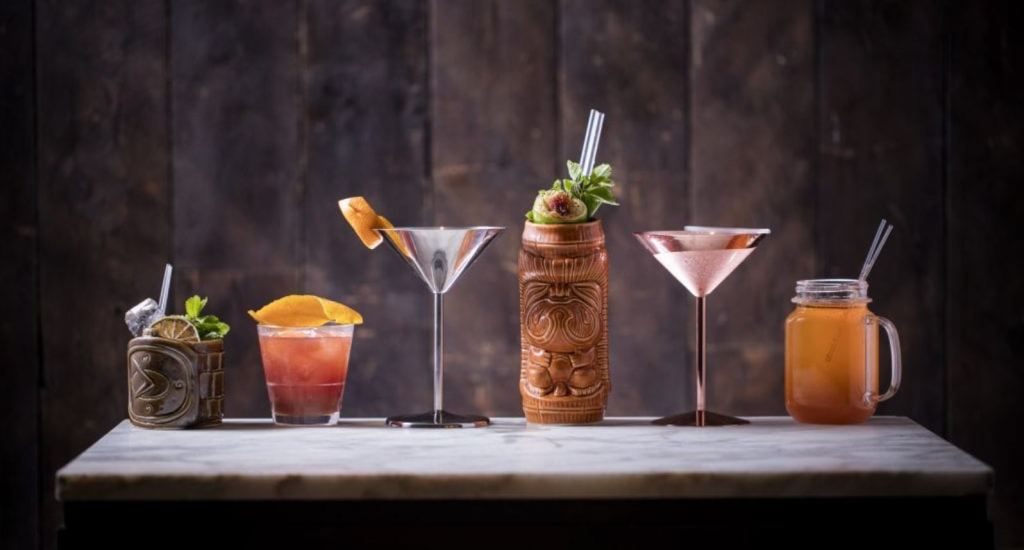 Taking a table in the window to watch the bustling winter traffic pass by, we slipped away from the clamour of Soho with the help of the winter cocktail menu backed by Belvedere vodka.  Amongst the elaborate frosted branches of the winter forest, the Pining for you (Belvedere, pear, ginger, absinthe and apple juice) was a sherbet-sweet fairground inspired cocktail topped with three generous chunks of honeycomb, and the listings for dinner promoted a Mediterranean inspired mix of dishes and sides. 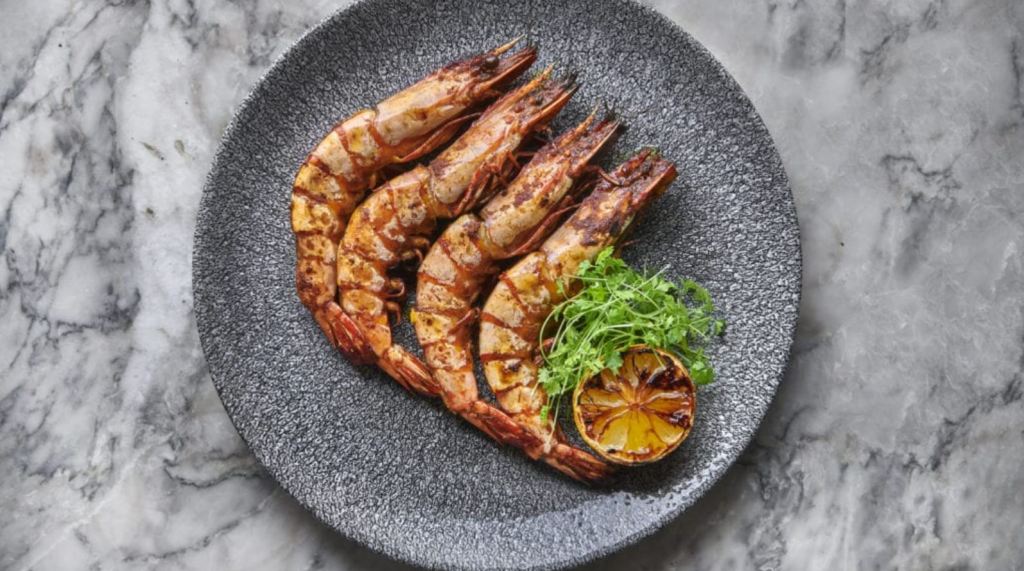 A generous disk of salmon tartare was balanced with a thin layer of mashed avocado, and dressed with sweet-spiced taro chips while the pil pil prawns were lightly oiled and earthy under a thin crust of panko breadcrumbs beside a pillowy thick slice of pita bread.

A two-page wine list makes choosing a bottle no hassle, with the Boutinot Cotes du Rhone Villages our choice to add blackcurrant leaf and anise, high acid and tannins and a grassy-oaky finish to the remains of our starters and to sing alongside the richer main courses. If you aren’t drinking, 100 Wardour Street’s new pop-up partnership with non alcoholic Colombian spirit Caleño will perk up your dry January. 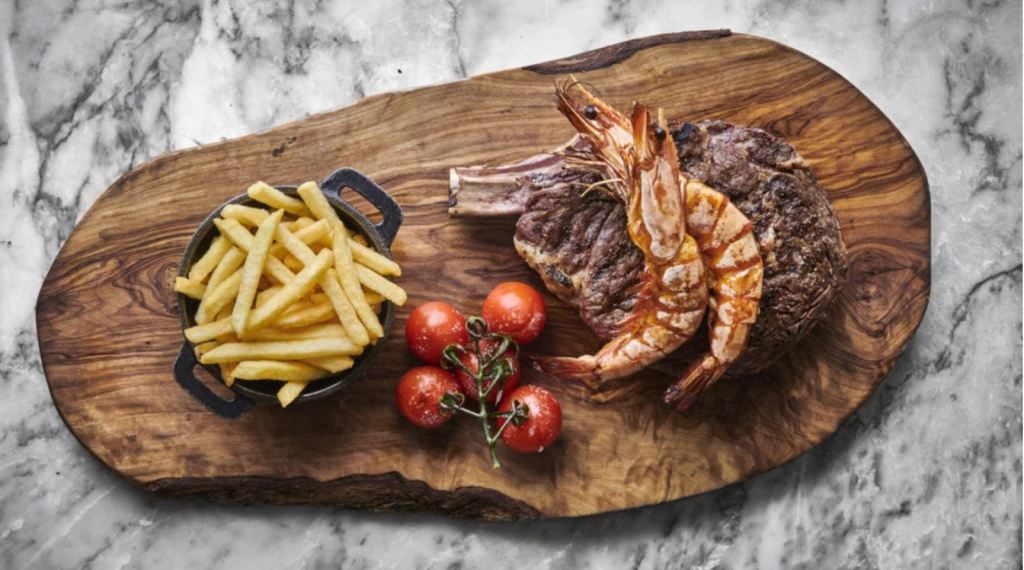 My Josper grilled rib eye steak matched up nicely with the harissa mayonnaise, the sweet spice taking on the light earthiness from accompanying mushroom and fresh green salad, while a soft rolling island of Cornish cod speckled with Harissa stood proud amongst a sea of curried borlotti beans.  The star of the main course was, however, the chargrilled pil pil tenderstem broccoli with a dusting of caramelised chili and garlic bringing power to the blackened greens.

For dessert, the peanut butter cheesecake was impossible to resist, and arrived speared by a lightning bolt of peanut brittle dripping with sauce.  The dense texture of the slab of soft cheese was offset neatly by an airy foam-like banana ice cream.  Across the table, the warm apple cake was more warmed than baked, with the apple retaining a healthy crunch under its demerara brown oat crumble. 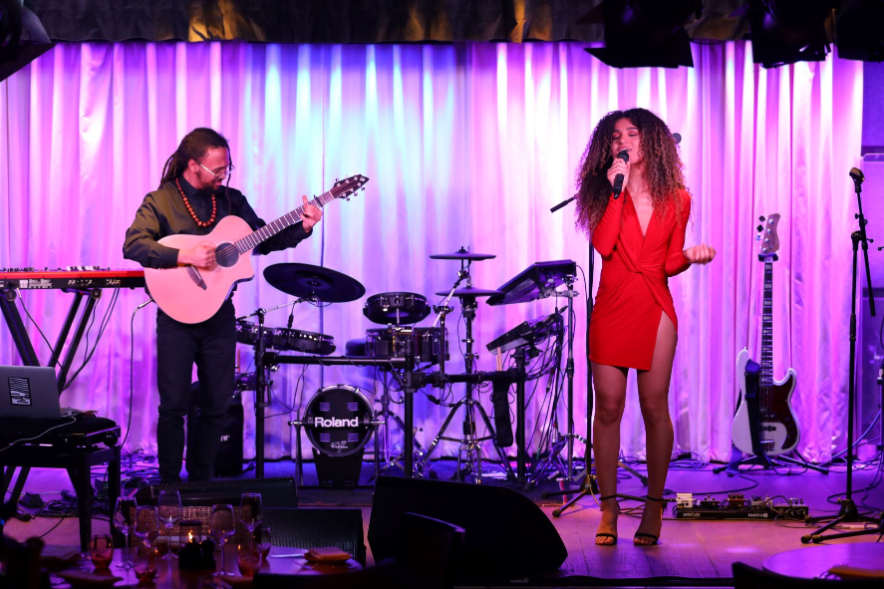 After dinner, we made our way to the cabaret club downstairs, where a cover charge for live music is all that stands between you and a night of live entertainment.  Taking a lonely table near the bar, we sat back and dreamt of the iconic ghosts that had passed this way before us, and wondered whether tonight’s band could bring a sprinkling of the Starman’s dust back to the storied streets of old Soho.

Thursdays are very much back and Throwback Thursdays at 100 Wardour St will transport you back to the 90s and 00s with the hottest old school jams for one unforgettable night a week. Whether it’s R’n’B, Pop or Indie tracks guests are craving, there’s something for everyone with an energetic stream of live music until late including support acts, main party bands and DJ sets taking place every Thursday. This will go alongside a 3 courses and a glass of bubbles for £35 set menu offer.

All imagery courtesy of D&D London.