A Night at Birch: Something different in the neighbourhood

‘Birch is a bit like Marmite, people either love it, or they don’t’, said the charming lady on the front desk as I checked in.  So far, so bold I thought.  I’ve always been a fan of hotels and brands that have a clear idea of what they want to achieve and are uncompromising in achieving it.  After all, you can’t please all of the people all of the time.

I’d read about Birch on its launch a couple of years ago, but with the pandemic and life in general I never got round to visiting.  According to their website, Birch offers an ‘Escape for The Explorers’, but how much exploring is actually possible when you are just a hop, skip and a jump outside the M25 in Hertfordshire?  It feels very much like suburban outer London, which of course it is.  But that’s a virtue too.  I could leave my car behind and instead of the normal 2 hours+ drive to get a fix of countryside, being tended to and eating far better food than I could ever rustle up at home, it was just a swipe of a card and a £7 fare. 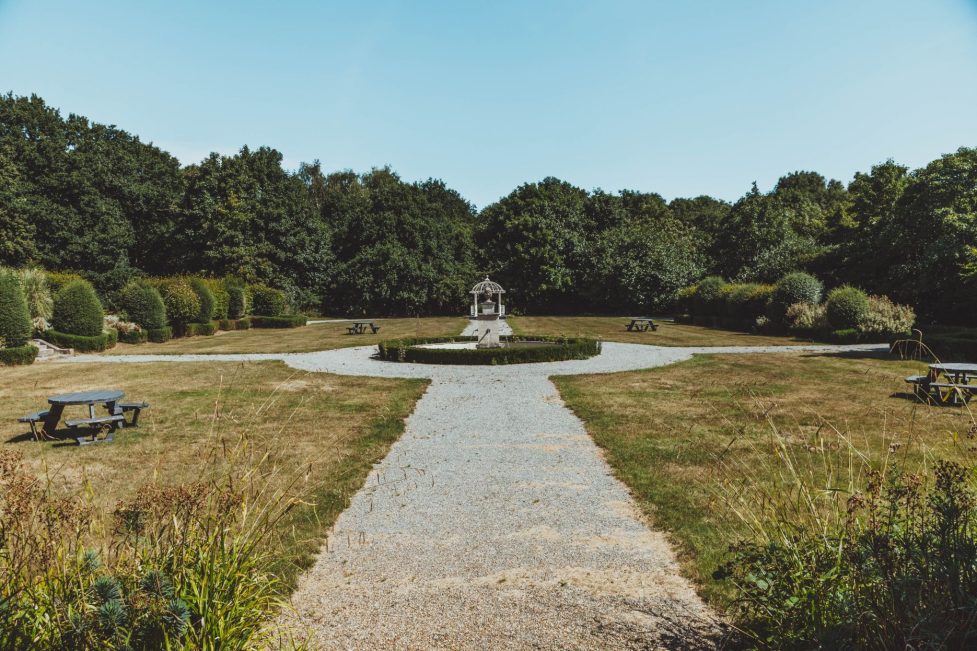 The Birch way of life

The 55 acre property is spacious and estate extensive, it’s surrounded by trees and fields and remarkably quiet given its proximity to major arteries. It was built by an eccentric baronet, Sir Henry Bruce Meux, whose marriage to ‘actress’ Valerie Susan Langdon, caused quite the stir back in the day.  The couple remained impervious to the gossip and entertained in flamboyant style, creating a menagerie and welcoming in the great and the good, including the then Prince of Wales and Sir Winston Churchill.  This colourful history is recognised in the naming of the two restaurants, Valerie’s and The Zebra Riding Club; Lady Meux apparently enjoyed being transported around London in a phaeton drawn by a duo of zebras.

The place’s more recent history is less thrilling, more workaday.  It’s been a school, a post-war housing project for displaced Londoners, a training and conference venue and a hotel, run by De Vere.  Its current incarnation is the brainchild of Chris Penn, formerly MD of the Ace Hotel in Shoreditch and serial entrepreneur Chris King. 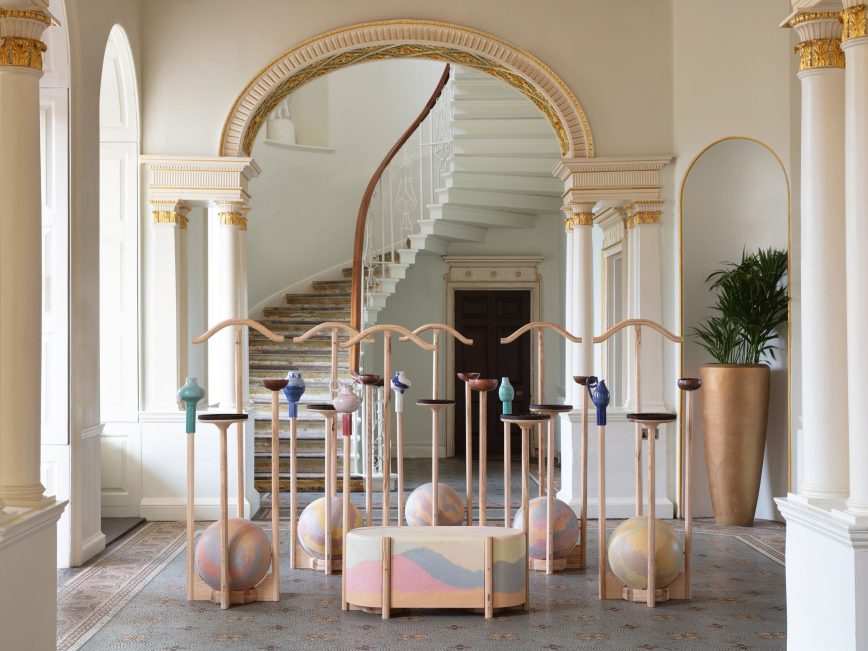 Today, design, art and sustainability fuse in an interior that has character and quirk; contemporary installations, plants, bold colour, open areas with places to relax, play (foosball, ping pong or pool, anyone?) and eat, inhabit the rambling building.  This is not an exercise in studied perfection or subtlety, it’s bold and friendly.  There are traces of its corporate past still present in the effort to be both lo fi and modern; no TVs in the guest rooms, but speedy WIFI; swirly carpet in the lift (a dubious remnant from its De Vere days I suspect) and vintage light switches installed next to obsolete contemporary ones. But this is nit-picking; the over-arching effect is charming and full of verve. 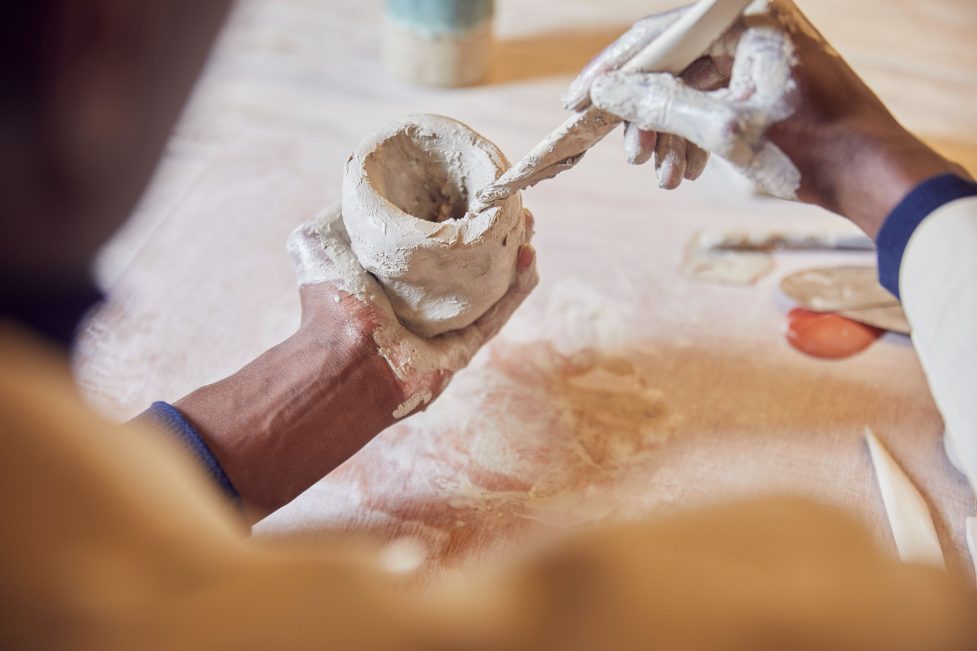 But what of the exploring?

Well, there’s a whole range of activities you can sign up to, a mix of paid and free. Two weeks before you arrive you get the schedule; book up say I – there’s lots of fun to be had.  My friend and I enjoyed a taster session of pottery and I got up to enjoy yoga, while my friend slept in.

Pottery was a delight; a mainly female group squishing clay with glee while Lel, our teacher, calmly explained different techniques and folksy music played in the background.  Birch will glaze and fire our works then send them back to us.  Watch out relatives, homespun presents await you this Christmas! Yoga was popular; the studio in the wellness space full of a mix of guests and locals (Birch operates as a members club too) looking for a little zen of a weekend morning – for my part I found the class calming and accessible for different abilities.  Outside we enjoyed meeting the sheep and pigs; en route we watched a gaggle of kids going safely feral in a meadow – one of the many child-friendly activities. 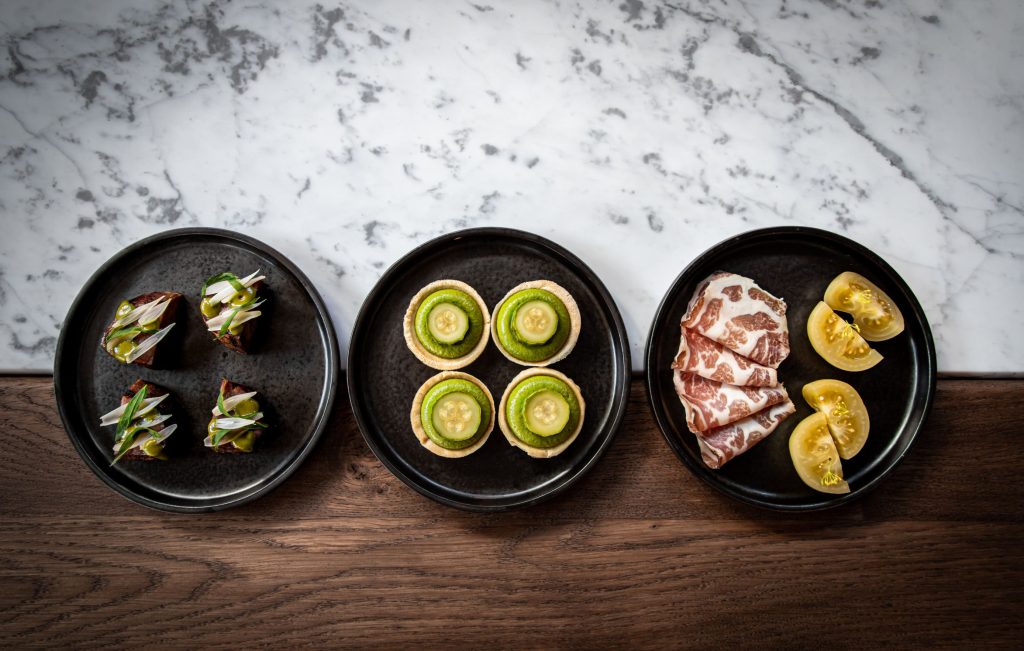 Dinner at The Zebra Riding Club

We only ate once at Birch, in the Zebra Riding Club, but if that experience is anything to go by, then I reckon food is a big highlight at Birch.  The venue is barn-like and was packed and buzzing on a Saturday evening.  You can only have the tasting menu, but at £53 it’s great value, as is the wine pairing at £40.  I anticipated being over-faced by five courses, but everything was light, seasonal, with an emphasis on Birch’s own grown vegetables and herbs.

A selection of snacks kicks things off; of which the whipped goats curd with Romanesco and pistachio was a highlight. A tasty (and bijou) smoky corn velouté followed before the main. I plumped for the fish; a brilliantly cooked piece of pollock, with a sauce of pickled onions, capers and purslane in brown butter.  It highlighted, rather than over-whelmed the fish.  Dessert was a perfectly balanced confection; a cocoa dusted choux bun with coffee ice-cream and caramelised walnut. We briefly met the head chef, Amber, who was just as calm, confident and modern as her cooking.  A protégée of Robin Gill, she deserves all the plaudits that are coming her way – she’s just won best young chef in the British Restaurant Awards.

Before I visited I had my doubts about Birch; was its very cool website an indicator of a place that was trying too hard?  Birch isn’t perfect, it feels slightly ‘work in progress’, but that is its appeal.  It’s not achingly cool or the height of luxury; it’s fun, inclusive, delightfully imperfect.  There’s lots to do, lots to enjoy and clearly, as I observed all sorts of guests (not just hip metropolitans, but a whole range of ages and types) enjoying themselves, the folks at Birch are getting things very right.

It may be Marmite, but I for one, loved it.

All imagery courtesy of Birch.