Red wine and Riserva: A moment with Biondi-Santi

It is a rare occurrence that a wine can trace its origins to one person. Brunello di Montalcino, however owes it all to Ferruccio Biondi-Santi. Now on the seventh generation of winemakers, the Biondi-Santi family continues to produce wines renowned for their elegance and longevity.

Located in the heart of Montalcino, the estate spreads over 25 hectares of vines on soils rich in heavy stones and marl – perfect for the cultivation of the wine’s unique characteristics. From his first vintage as head winemaker in 1970 to his last one in 2012, Franco Biondi-Santi has dedicated his life to wine. As the last vintage produced, Biondi-Santi have announced the launch of the Brunello di Montalcino Riserva 2012.

We met with CEO Giampiero Bertolini to talk about all things wine and to find out more about the much talked about Riserva 2012. 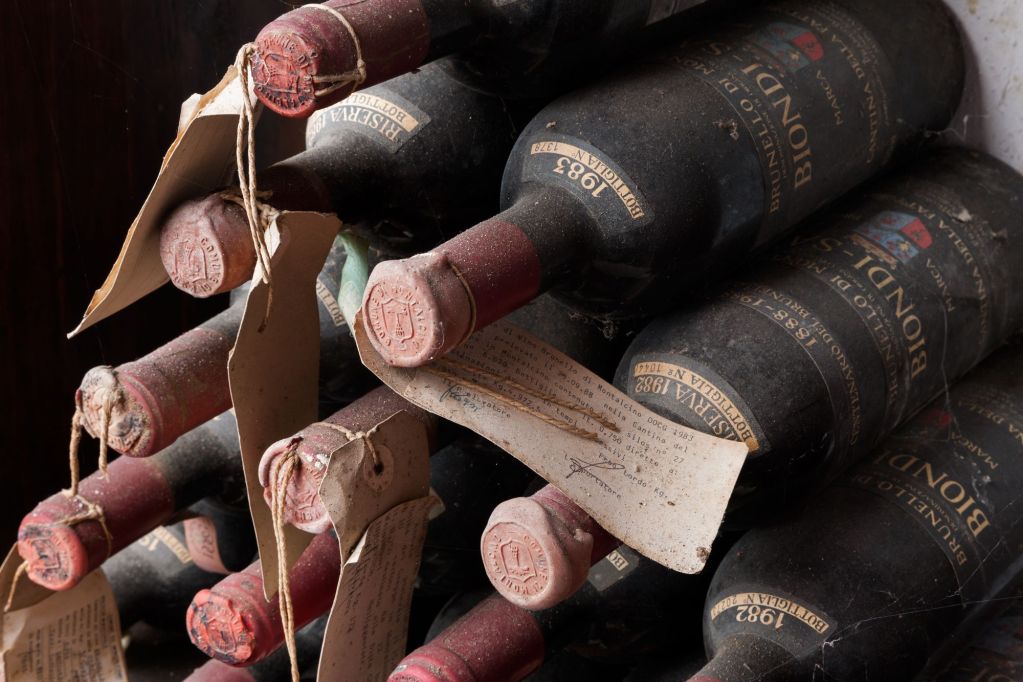 How has winemaking changed since corona virus?

To be honest, winemaking hasn’t really changed during the pandemic apart from some people enjoying wine at home more. The only part of the winery which continued to work at the workplace was the production staff. No problems in the vineyards, where it was easy to respect the distance between workers. In the winery we took all the necessary sanitary precautions but continued to work constantly. In fact, our winemaker benefitted from the peace and quiet of the Italian lockdown period to perform his first topping-up of 2 older vintages of Brunello Riserva during this period.

How do your wines achieve this brilliant ruby red colour?

This is the true colour of Sangiovese, when you treat it in a traditional way and do not push the colour extraction too much. Franco Biondi-Santi used to say that one can always tell a pure Sangiovese by the fact that one should be able to see through the glass. In fact, this is a variety which has less anthocyanins (the colour element in the wine) compared to other varieties, such as Merlot or Cabernet, so its natural colour is a bright, brilliant red.

There is something more to say about the colour of the Biondi-Santi Brunello, though, as the wine is very stable in time. When we do vertical tastings of our Riserva, this is something which surprises and astonishes tasters. This year, for example, we launched the Riserva 2012, which was the last vintage to be crafted by Franco Biondi-Santi. To honour his winemaking talent, we held a tasting with wines from his first vintages to his last, from 1971 to 2012. The variation in colour in these two wises is stunningly small. Normally the colour of wine will change over time, taking on more brownish hues, but this process happens very slowly for our wines. It is something magical which we ourselves do not know how to explain.

We all know about steak and red wine but what food is best enjoyed with your wine?

The wonderful thing about our Brunello is that it is much more of a food companion than people imagine. We have successfully paired aged Brunello with seafood, such as king crab ravioli or oven baked monkfish. We have also experimented with Asian cuisine. Our Brunello is driven by a very pronounced sense of freshness, or high acidity, and it has a distinctive savoury finish which makes your mouth water and begs for food. If we want to stay in a more traditional cuisine, our Riserva is the perfect match for roast lamb, for truffle risotto and stuffed pigeon where the Brunello is wonderful with most types of veal, with succulent pasta dishes, autumn soups and cheeses. For the Rosso we would recommend BBQ meat or traditional Italian pasta dishes and also roast chicken or salads.

What is the difference between reserve wine and other wines? Is it worth the price difference?

The difference is in the production and quality. The price difference is separated by quality. The Riserva is a wine of true exception. Since our first vintage in 1888, this wine has been produced only 39 times and only with grapes sources in our oldest vineyards. It is released in a limited quantity it is very rare. The Riserva is unique in character and quality, displaying an extraordinary freshness and balance which is the foundation for its legendary longevity that in some vintages can defy event the century mark. It is a wine much loved by the collector community and certain vintages are considered among the very best wines of the world, such as the famed Riserva 1955, which the Wine Spectator chose as the only Italian wine when in 1999 they made their list of the best wines of the century.

How does the Biondi-Santi range differ from other famous red wines like Barolo?

In Barolo there is a tradition of making single vineyard wines which has only to a certain extend reached Montalcino. The Montalcino wine model is diamond shaped (as opposed to Pyramid shaped), with Brunello as the main wine and Rosso di Montalcino below it as the entry level wine and Riserva above it as the crown jewel. This is the model that Biondi-Santi introduced for the territory and that everyone follows today. 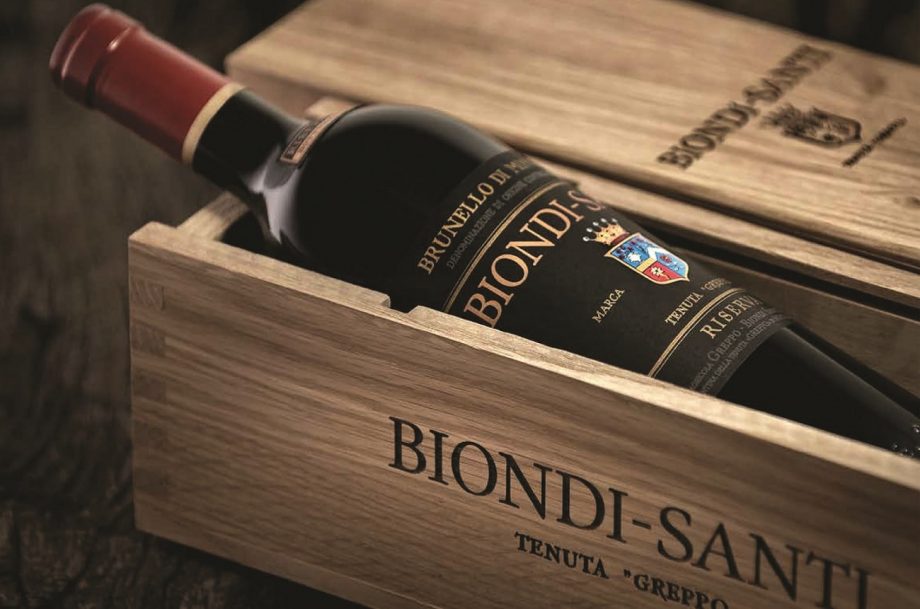 Riserva 2012 was the last vintage to be crafted by Franco Biondi-Santi who passed away in 2013. Franco has shaped the story and history of Biondi-Santi for 4 decades, taking the winery into the modern winemaking age, when he took over at the helm of Biondi-Santi in 1970.

He was known as “Dottor Franco” to everyone in Montalcino, and he was incredibly well respected because of his winemaking talent, for his gentlemanly character and for his firm convictions, which in time gained him the title as the “Great Defender of Traditional Brunello.” We owe him so much, and we are proud to dedicate this Riserva to him with a special label – also because this wine reminds us of his production ideals. It is statuary, vibrant, youthfully austere and precise. It points to the future with a promise of a very long life. For us today it stands as an example of what a Biondi-Santi Riserva should be. 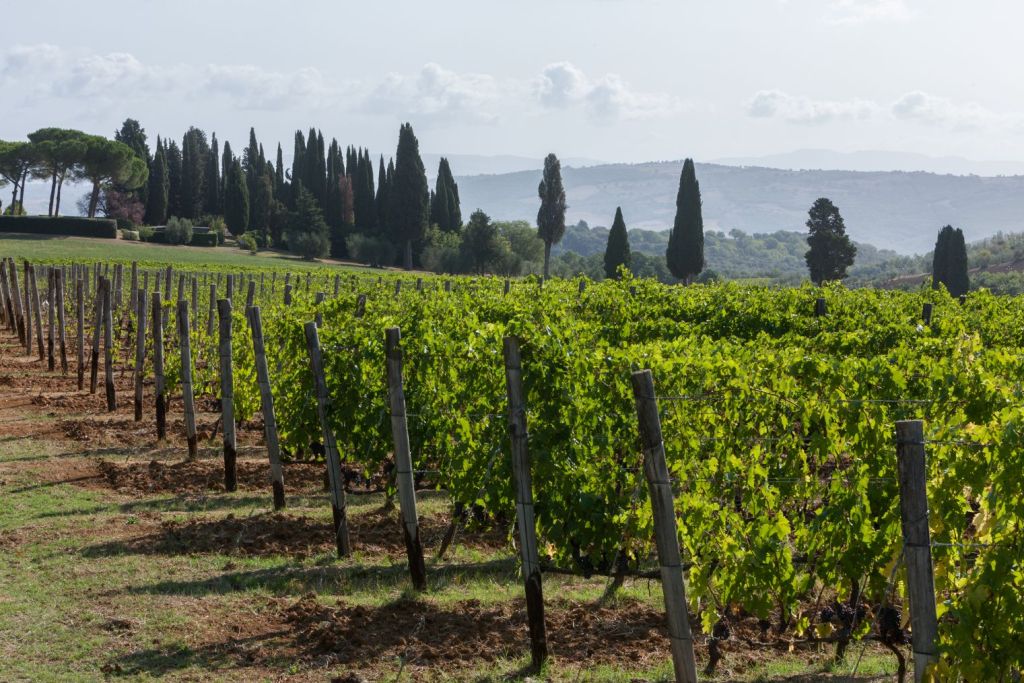 How do vineyard plots impact wine characteristics, like acidity, colour, and structure?

They impact wine characteristics very much, and this is precisely why the parcellisation project is important to us. It is also important that we have vineyards in 5 separate locations around Montalcino, so that each year we can define the right blend of the wines from these locations for our Brunello. The weather patterns each year is the determining factor. Most consumers have only heard about “Tenuta Greppo”, our main estate where the cellar resides, but the Biondi-Santi Brunello has always been produced with grapes from various locations and plots – all selected because of their terroir potential for crafting elegant Sangiovese.

Another thing that impacts acidity is also when we harvest. We tend to harvest earlier than most producers in Montalcino, because it is a priority for us to maintain the fragrance of the fruit and a good acidity level.

In your opinion, how does glassware affect / impact how your wine is enjoyed?

Glassware has a big impact on the drinking experience. We recommend to open our wines at least 2 hours before enjoying them (even more for the older vintages) and to leave the wine in the bottle to slowly breathe and open up. We do not recommend decanting the wine, as it tends to break up the delicate balance and disturb the wine. We like to use wide glasses such as the Riedel Cabernet XXL for our tastings, as we feel they provide the best experience for the tasters.

Should you not have time to open a bottle much before serving it, another way is to pour the wine into the glass and leave it to breathe for 30 minutes. We always suggest that people take their time while tasting our wines to be able to appreciate the full range of the bouquet which will evolve in the glass and reveal itself to us in a slow succession of aromas. 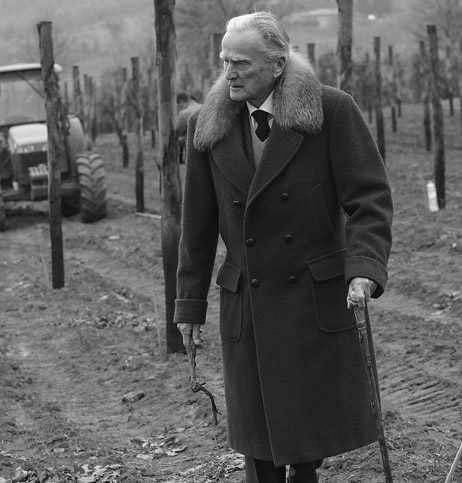 What is next for Biondi-Santi?

Evolution and NOT Revolution. This is our motto.

The most important project we have right now is the parcellisation project: In 2019 Biondi-Santi stared an extensive study project of our vineyards with the aim of taking the concept of quality to even higher levels, while respecting the style of the wines as we know it today.

When you taste wines coming from different eras of the story of Biondi-Santi, you can clearly sense the red thread which binds them together. We are fully committed to preserving this unique personality. The heritage we have received from the Biondi-Santi family is grand and inspiring, but it has never been static.

Each member of the family has brought their own ideas and contributions to the winery in order to further evolve the quality concept of Biondi-Santi. It is today our duty to do the same. We cannot claim to have the intuitive and very personal knowledge of the vineyards which guided Franco Biondi-Santi in his work, so we turn to science to fine-tune our own knowledge. Through a more precise destination of the grapes for each wine we are confident that we can make a valid contribution to the future evolution of our three wines: Rosso, Brunello and Riserva.

The 2012 Riserva is available at Liberty Wines

All imagery courtesy of Biondi-Santi