Film Premiere: Dancing at the Vatican

An unconventional visit to the Pope. Take a group of Latin Americans who don’t hold passports or even, in one case, a birth certificate. How do you get them together to travel over 6000 miles for a trip of a lifetime? One man and his team managed this. The quest is a truly inspirational one; its a tale told in a poignant film in support of Huntington’s disease. I was invited along to BAFTA for the premiere of the incredibly inspirational film – Dancing at the Vatican. it’s a very different kind of film it isn’t in any way glam or loaded with special effects; but it does include feature a varied cast of superheroes who live with Huntington’s disease made it hard hitting, and really eye opening. 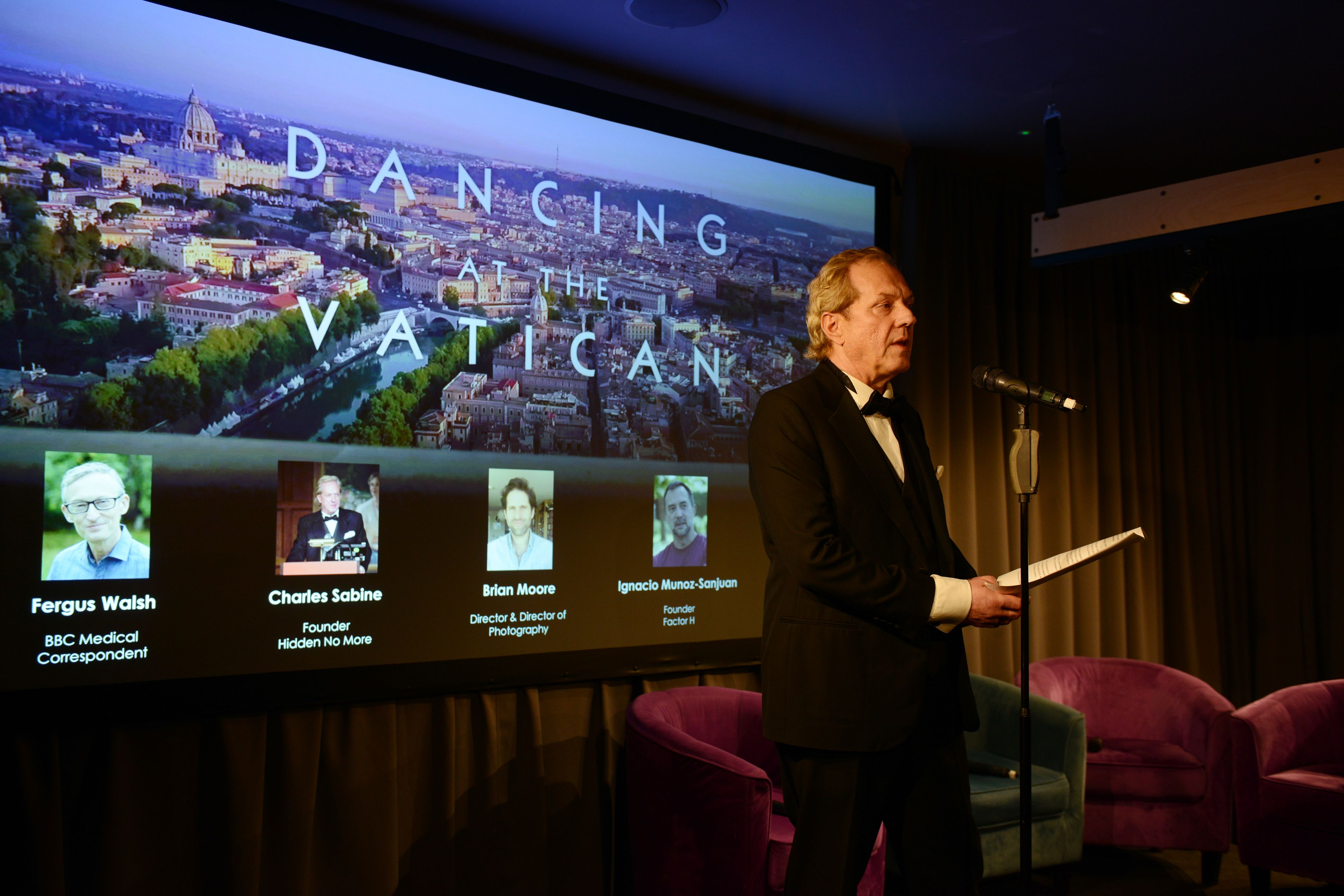 This film tells the story of the real life struggle of what it’s like to live with this inescapable genetic disease, which isn’t known to many people. The premiere saw pioneers in medical research, members of the aristocracy and most significantly, Huntington’s disease sufferers and their families.

I made my way past that famous golden face of the man in the moon to meet Prof Gil Bates, who shared with me the importance of awareness of the horrors which Huntingdon’s can bring. Gil is a remarkable lady, humble but keenly excited about the research that she and many others are throwing long hours into. Looking at the faces in the circle I stood in, I could see that she is very well admired by her pioneering researchers, who have invited me to the Bates lab at UCL to witness the remarkable work going on behind the scenes of this inherited disease. 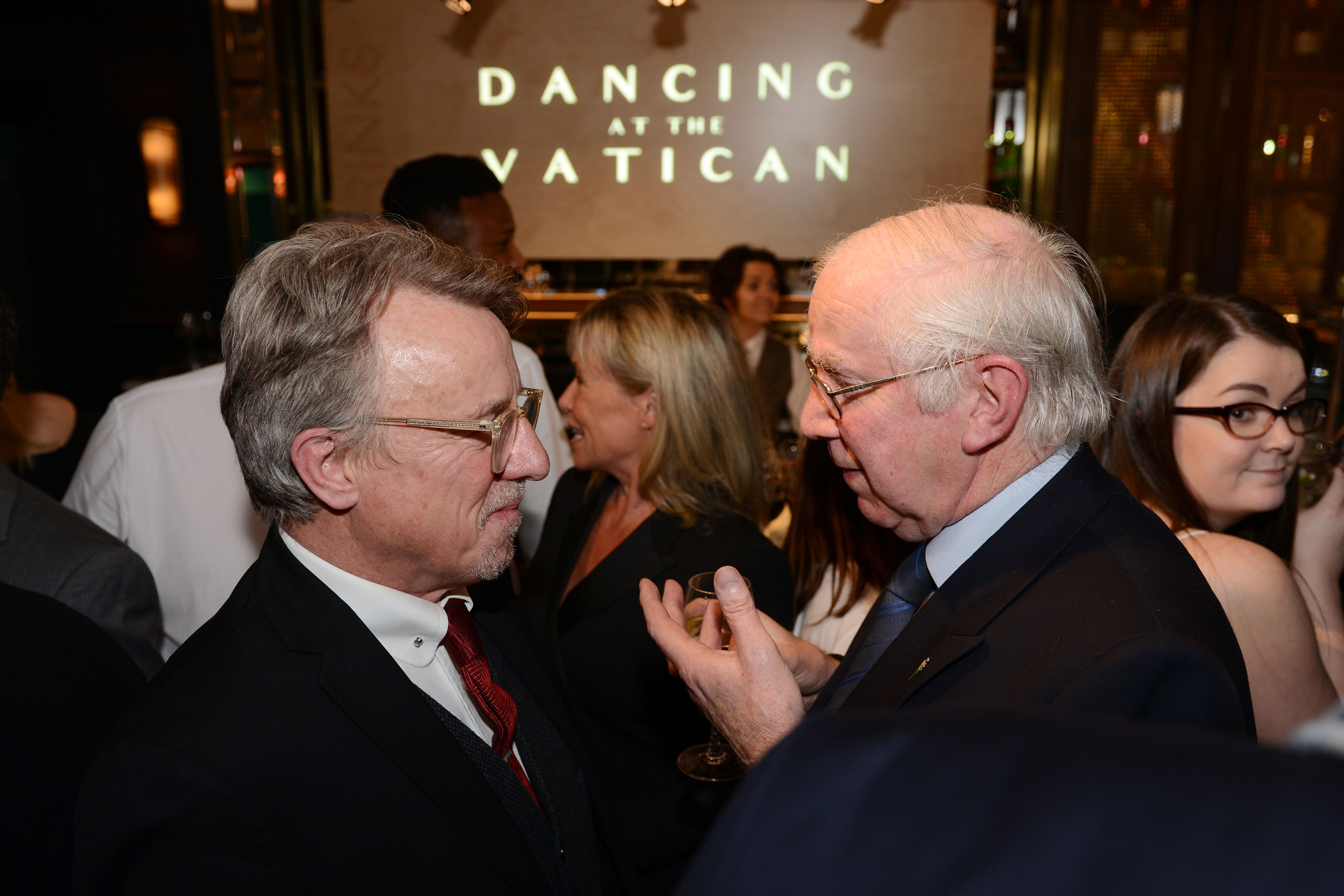 The evening certainly taught me much about what perseverance with Huntington’s disease looks like, and the location of this film was based on those living in Latin America where the disease has a much higher than average incidence. The circumstances definitely made me more aware about how we can so often take for granted the medical system we have in place in the UK.

Despite this film being raw, it also brings a beacon of hope to those who are hiding in the shadows due to the stigma and isolation that this disease can bring to those suffering and their families. This hope thanks to their clinical trials has been made possible thanks to those at ROCHE who have pioneered genetic therapy together with a team of medical researchers at UCL. 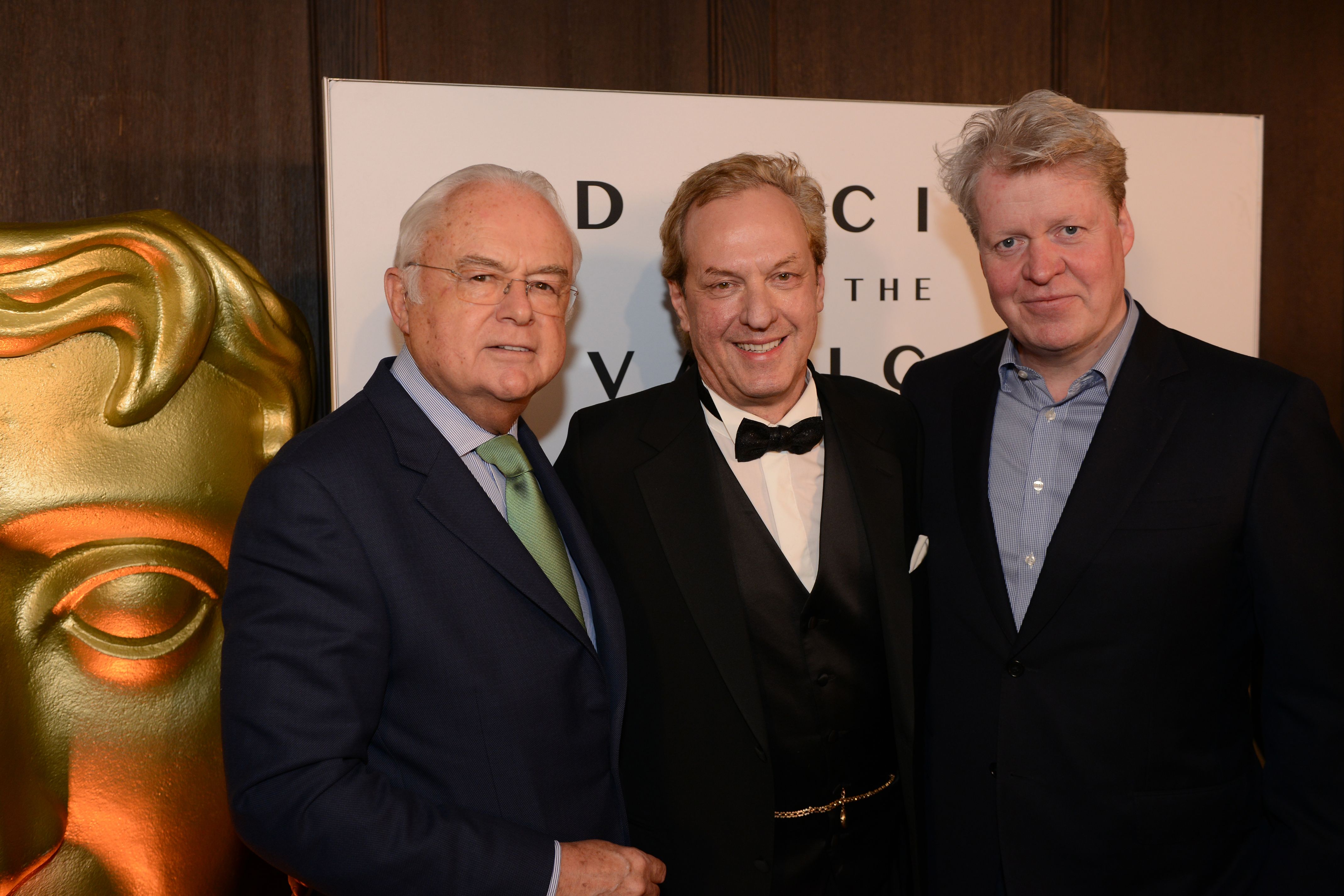 But where did a visit to the Pope feature in my evening? And what’s all this about Dancing at the Vatican? This relates to one particular scene that had me crying happy tears, and was the reason behind the title of this film, was filmed when the director, Charles Sabine, broke with the norm and began dancing on the Vatican stage with the superheroes of Huntington’s. It was a poignant episode. 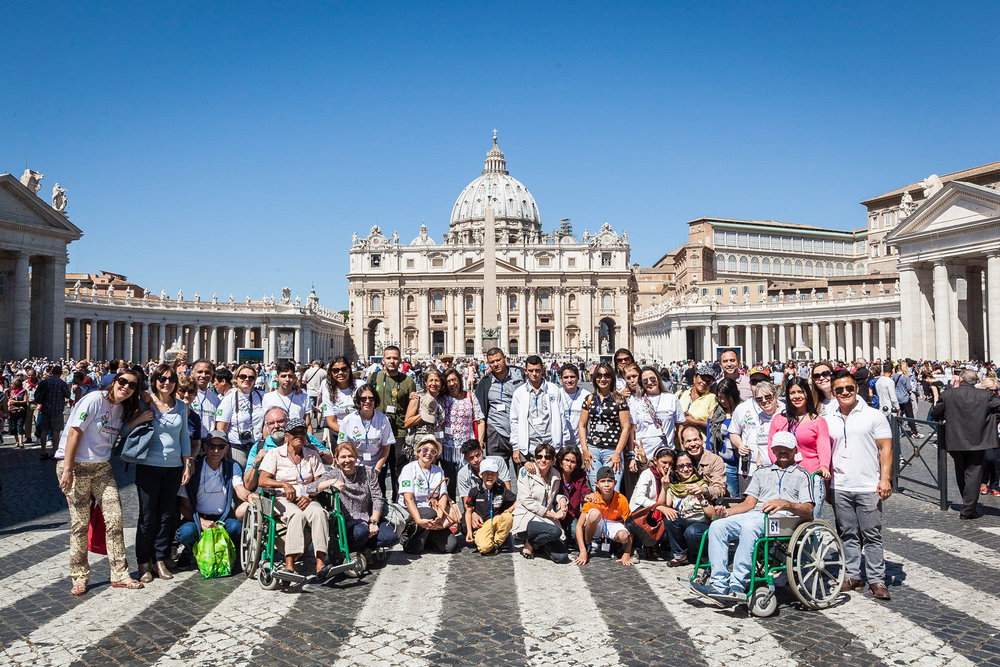 Charles chose a powerful location (The Vatican) to let the Huntington’s disease warriors know that they are seen and that they will be heard. He didn’t just break the rules in how one should behave in a Holy place, but laid a foundation down which brought together families, scientists, doctors, caregivers, family and friends the opportunity to believe in hope. With The Pope’s blessing, it is now being shown internationally to spread in its awareness. 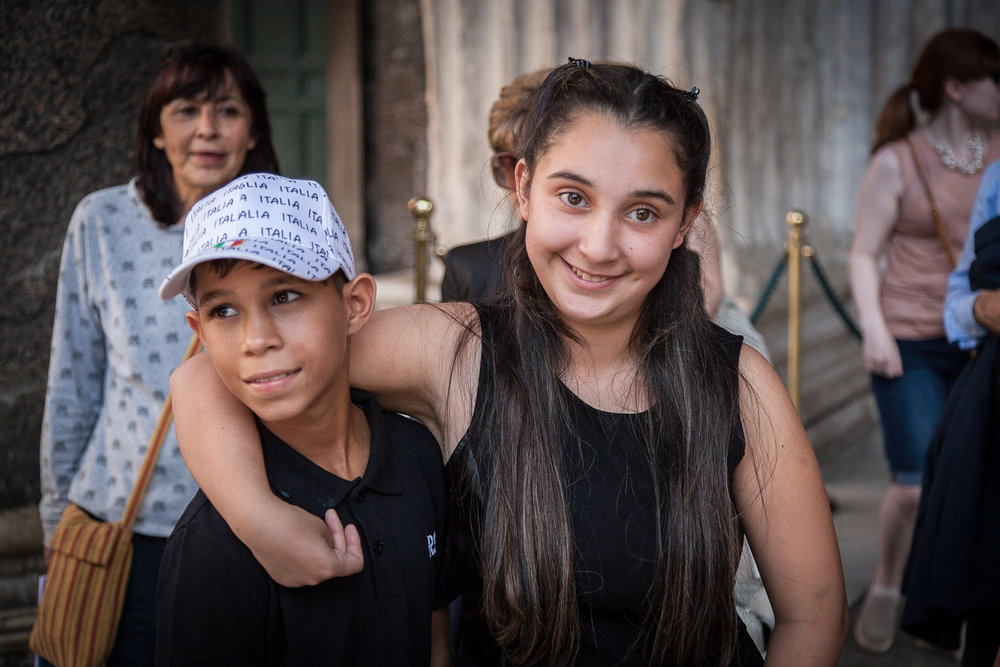 But one particular girl stood out for me and pulled on my heart strings because of her infectious smile and dedication was 15 year old Brenda Lara – a passionate girl so full of life and a beautiful dancer who almost didn’t make it to the Vatican.

There is no treatment currently for Huntington’s disease but there are dedicated people who are determined to change this. As they do this, there’s a man named Charles Sabine whose film is tearing down stigma walls and introducing the world to what Huntington’s disease entails and why the research needs supported and encouraged. 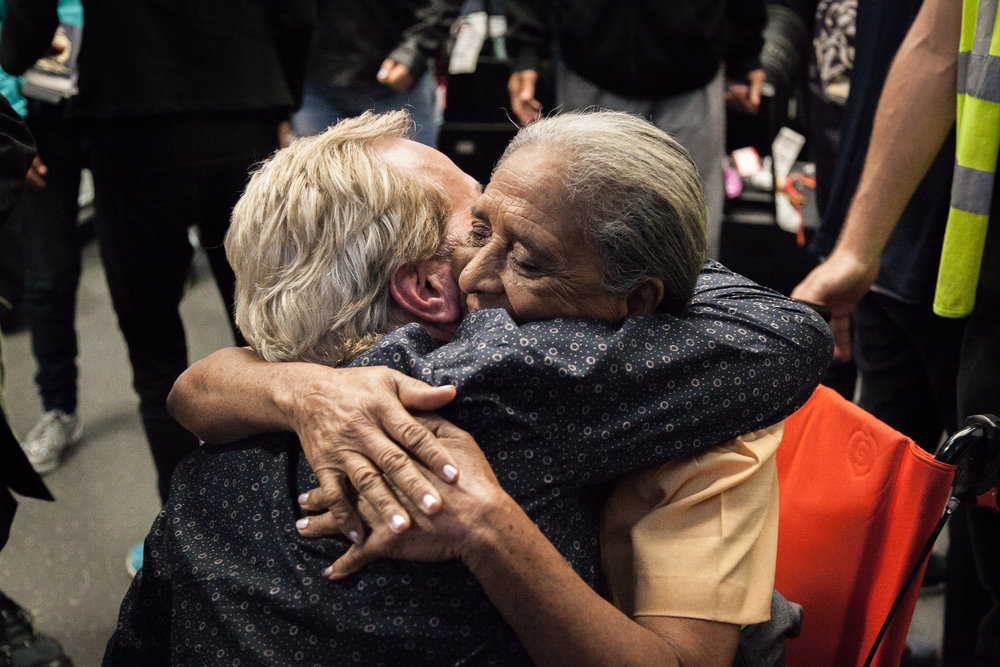 It was an absolute honour to be invited to this showing as it’s rare these days that we’re given an opportunity to be a bit part of history in the making. Dancing at the Vatican will be screened globally, continuing to raise awareness about the disease and will then be made available to download.