Park Row – the world’s first immersive DC-universe influenced restaurant. Restaurateur James Bulmer has decided to step things up a little on Brewer Street. But how did it all begin?

On a dark night in the grimy depths of Gotham City, a young boy called Bruce Wayne is attending a show at the famed Monarch Theatre with his wealthy socialite parents. Suddenly, disaster hits. His parents are targeted by a local petty thief and are killed in vain, leaving the only child devastated and alone. From that moment on, that boy vows to avenge his parents’ death by fighting crime across the city… a true vigilante of the night.

Chances are you’ll know who I am talking about. It’s the age old story of revenge, told through the eyes of a young bright-eyed boy whose entire life is so unceremoniously snatched away from him. There is a reason why this story is one of the most enduring of all time, resulting in the creation of numerous films, TV series, animated shows and now… a restaurant? 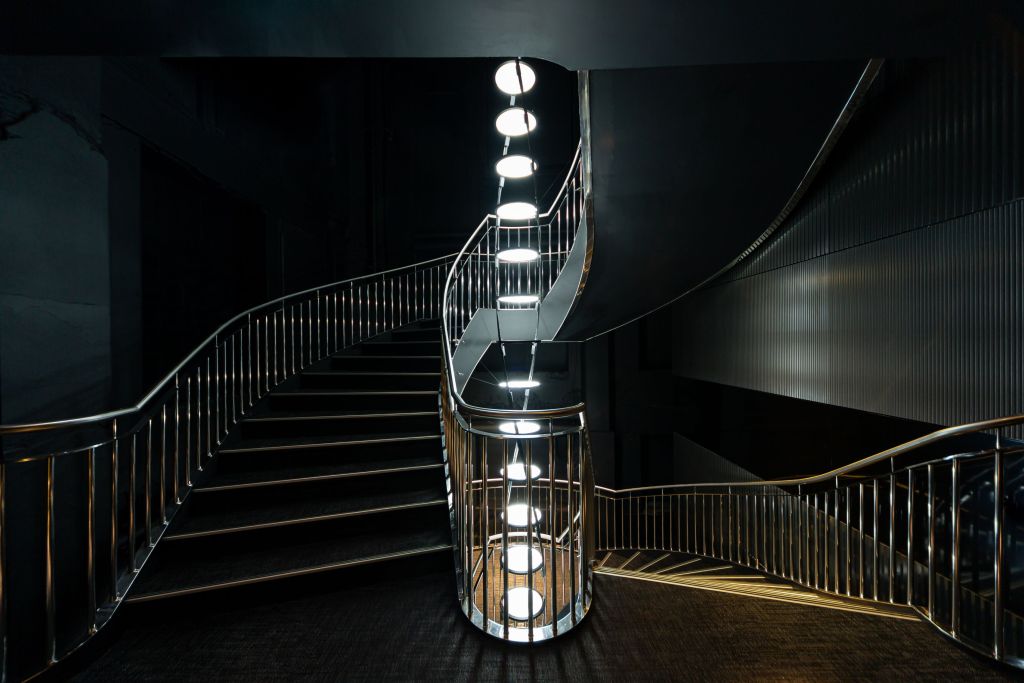 And indeed, there is truly nothing else like Park Row. The curious thing is you don’t even need to be a fan of DC, let alone comic books, to enjoy the space. It is not a themed restaurant/bar where the Bruce brand is shoved in your face at every moment (I’m looking at you Bubba Gump Shrimp Co), it is instead full of smartly conceived details dotted around that make you simultaneously feel clever for noticing them but also give you a new found respect for the people behind it. Case in point: the entrance. Park Row has an unassuming yet elegant whitestone entrance, with a black front door mat embossed with a black and silver Art Deco-influenced “BW” logo, letting me know discreetly I am at the right address. 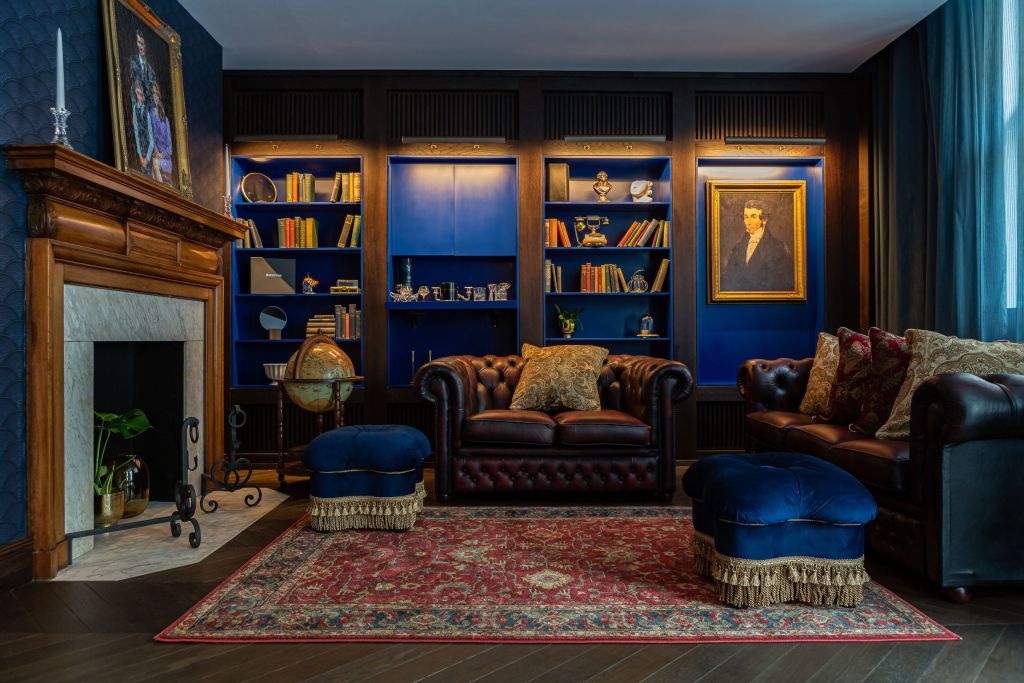 The fun continues inside, with framed “newspaper articles” about the Wayne family decorating a study/library type room with a fireplace. The entrance to the actual restaurant is through a bookcase, simply a cool feature to most, but a nod to the Batcave entrance in the comics to the fans. Atmospheric music greets you as you walk two floors down a darkened staircase leading you into Pennyworth’s – the whisky bar named after Bruce Wayne’s most trusted friend and butler, Alfred, as well as a giant golden map of Gotham City.

From this vantage point you get a true idea of the expanse of space Park Row takes up, explaining why there is not one, not two but FIVE entertainment areas to explore. Pennyworth’s not only specialises in whisky, but also has its own whisky available, named after the Scottish town in which Bruce’s family owns a manor. I am increasingly impressed by the level of detail and consideration, even more so when I spot a hidden “BW” logo on the bottle’s cover. Behind Pennyworth’s you find a larger, wider bar called the Iceberg Lounge, with an iced Penguin placed at the centre of the bar itself, occasionally secreting steam to dramatic effect. 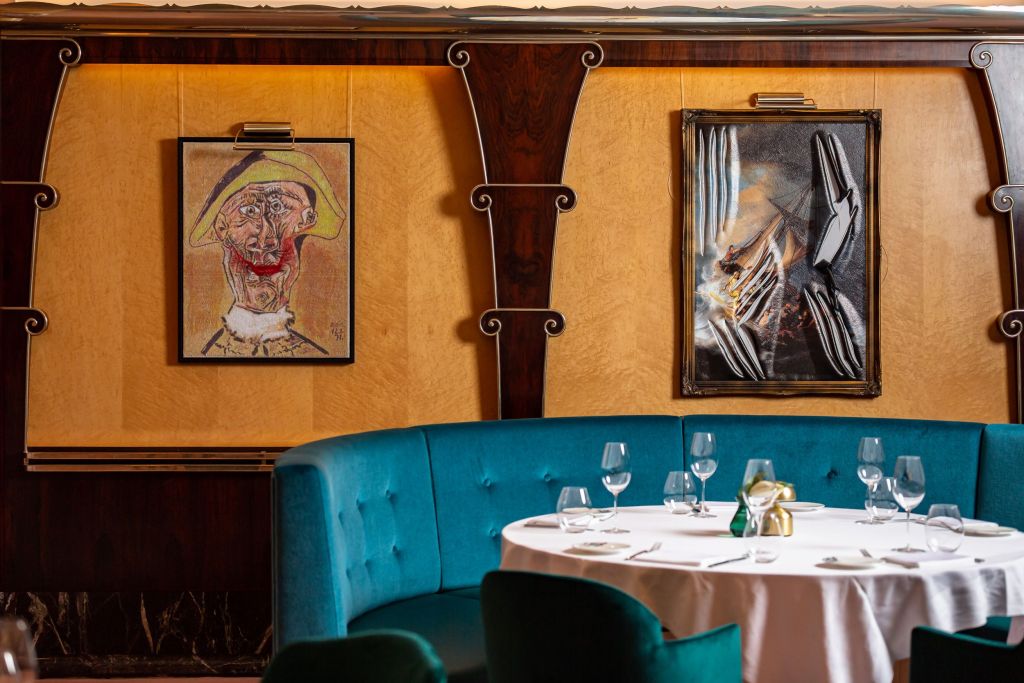 We dine at the Rogue’s Gallery on the left hand side of the Iceberg Lounge, a yellow and mahogany area with a light pink carpet surrounded by paintings evoking the more villainous characters in Gotham City’s oeuvre. Our wonderfully convivial and attentive waiter Matthew explains that the menu is seafood focused, and for my dining companion, happily explains the connections to the Wayne family dotted across the menu. Fans of Superman/Clark Kent will recognise the Big Belly Burger, while Bruce Wayne’s Scottish roots are also ticked off with the Mulligatawny soup on offer. There is also a large focus on seafood, presumably directly from Gotham Harbour, with seafood platters, oysters, lobster and king crab available in different dishes. 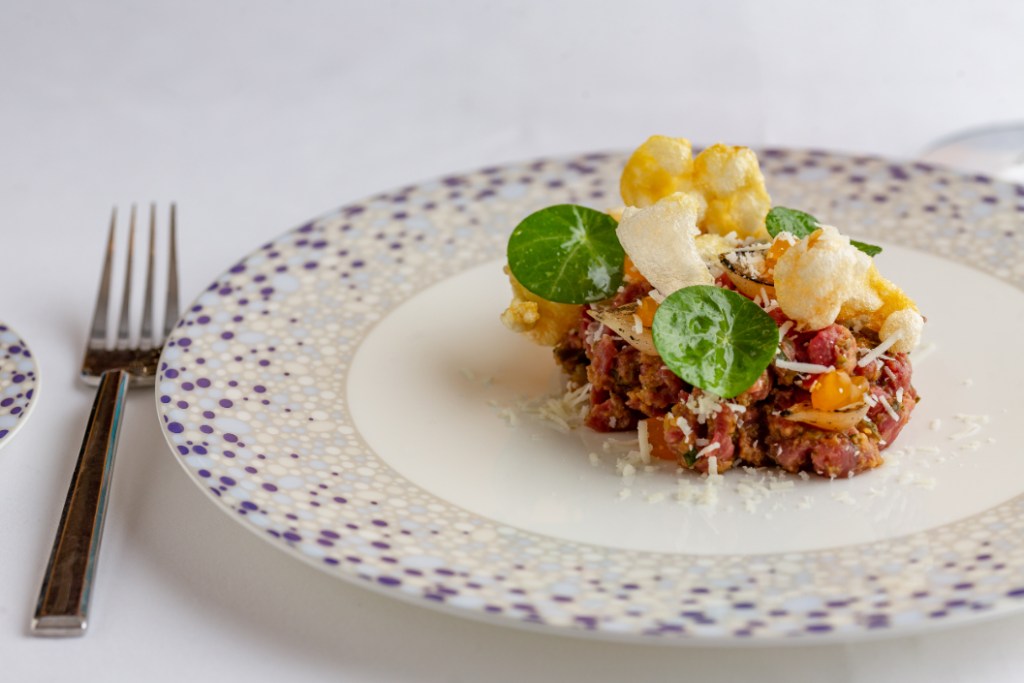 A very well seasoned steak tartare of gargantuan proportions comes to our table masquerading as a starter, as well as large fat and juicy Loch Fyne hand-dived scallops with crisp Parma ham and sweetcorn. For mains, the locally sourced Herdwick lamb arrived slightly rosy alongside a tart whipped goats curd and a spritz of mint oil. A very nicely done Dover Sole a la Grenobloise is beautiful and filleted at the table – a nice addition. 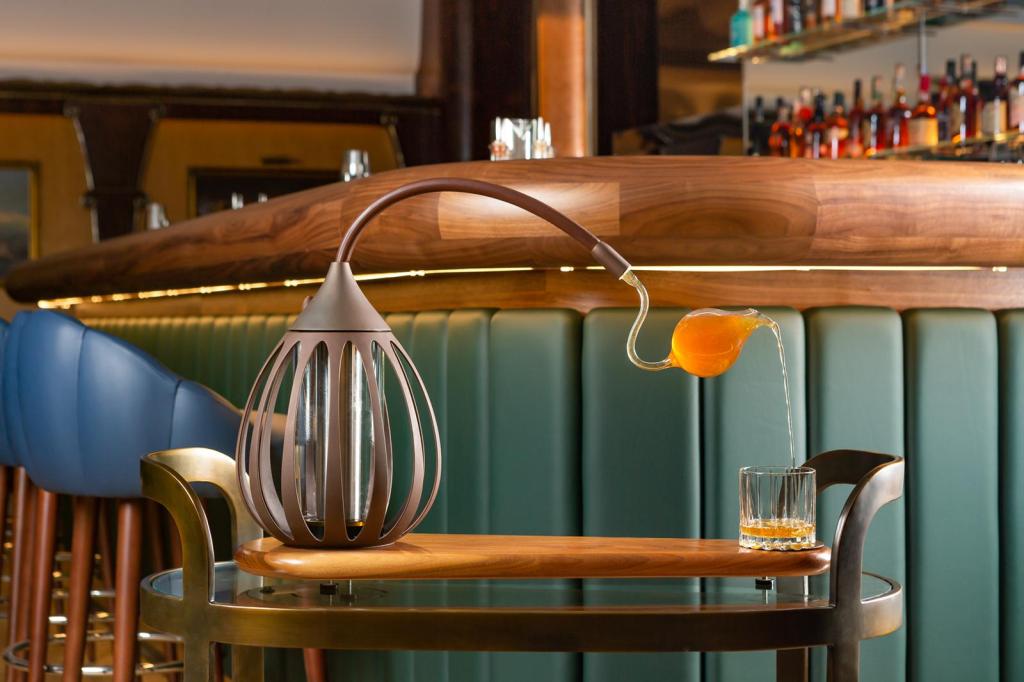 Each of the distinct areas of Park Row specialises in different cocktails/spirits, but this doesn’t compromise the quality of the drinks across the restaurant. As most of the cocktail menu on offer is on the sweet side, we ask for an extra dry vodka martini made with the wonderful Konik’s Tail vodka, which is expertly made, but the bar also offers a colour changing cocktail served from a portrait, as well as a “levitating” cocktail. Pennyworth’s also has a beautiful glass contraption that neatly pours the perfect 50ml measure of whisky, one of only six in the world. 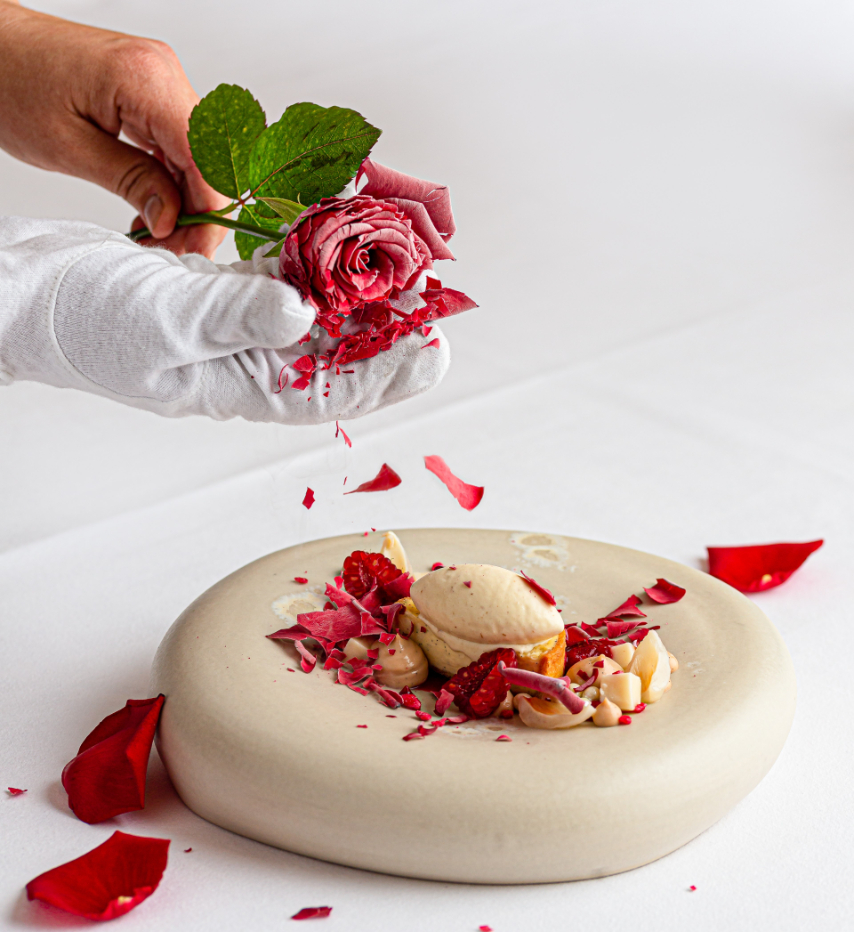 The party really starts with the desserts however, a particular highlight being the “Kiss from a rose”, a custard tart with berries and ice cream, served with a rose dipped in nitrogen and the frozen petals subsequently sprinkled over the dish. Roses are a constant motif of the death of Bruce’s parents, and there are also small biscuity pearls scattered across the dish, alluding to the necklace Martha Wayne was wearing when she died. A spectacle that’s not to be missed. 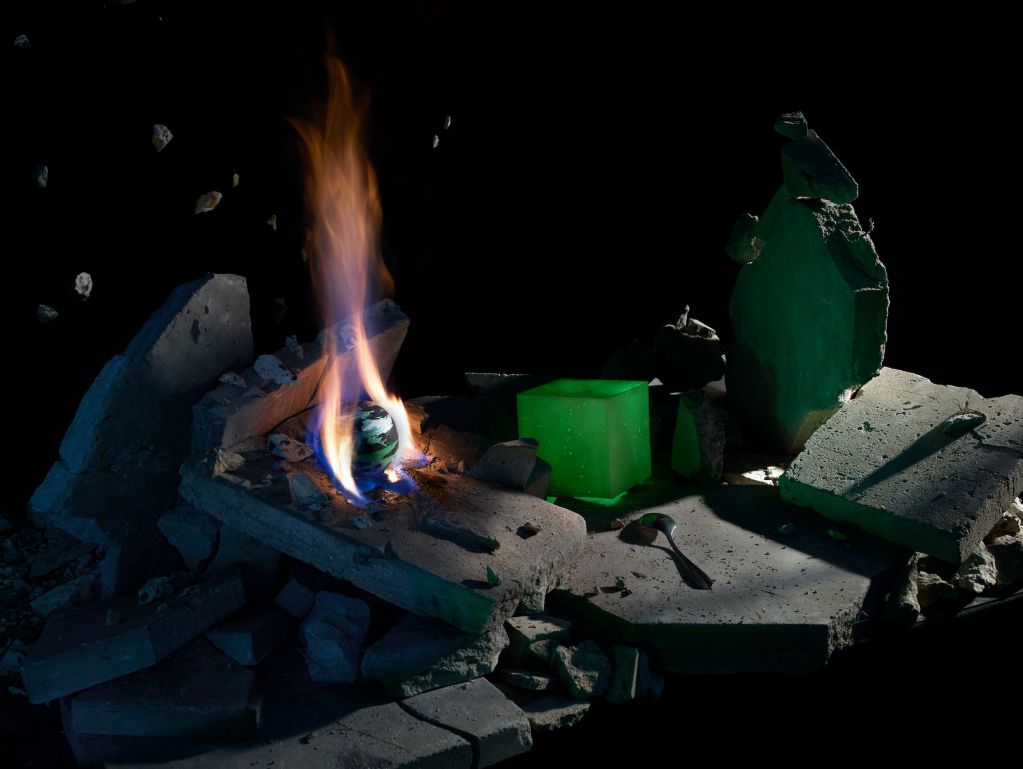 In addition to Pennyworth’s, the Iceberg Lounge and the Rogue’s Gallery, there is also Old Gotham City, an atmospheric no-reservations bar with hints of the Joker and Scarecrow, and the Monarch Theatre. This is where Park Row goes full immersive throttle, leaning into the strong emotions Bruce associates with the location of his parents death. For £195 a head, diners are served cocktails chosen by a haunted clown fortune-telling machine and a whopping 11-course menu served on a 20-seat dining table surrounded by floor-to-ceiling screens and projectors. This is a wholly sensory experience and includes such marvels as edible jewellery, jets of steam and levitating plates. There really isn’t anything else like it. 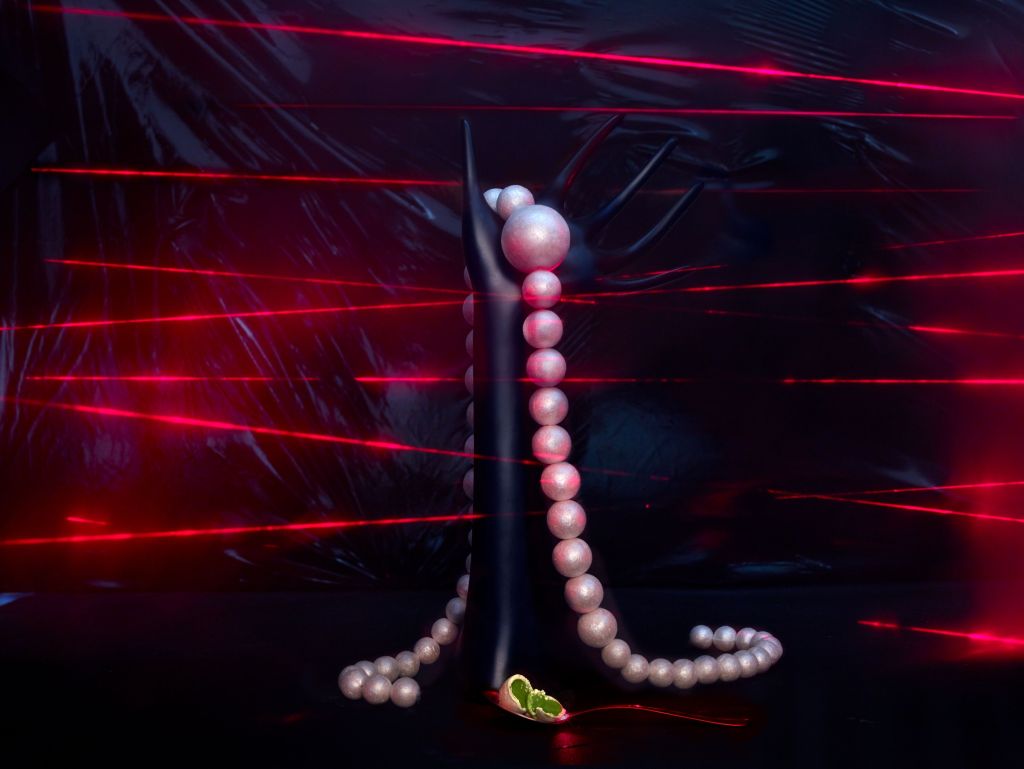 Soon Park Row will also add a Poison Ivy-themed bar surrounded by an abundance of flora to its repertoire in the coming months, making it even more of a sought-after destination. We are lucky to have a multi-sensory gastronomic amusement park in our midst, so I would suggest getting in sooner rather than later.

But whatever you do, don’t mention Batman! Park Row is a real ode to Bruce – bringing the tortured soul of Gotham to London.

All imagery courtesy of Park Row.