Discovering Dubrovnik: A weekend at The Hotel Excelsior

The once simple concept of just ‘booking a holiday’ can easily feel like a thing of the past at the moment with the rules for entry and exit to the United Kingdom fast becoming a Mastermind specialist subject or international diplomacy degree course. So, when, after 9 months of solving many-a-murder in the county of Midsomer, I decided to take my wife away for her birthday I was also dipping my toe into the aforementioned choppy waters of international travel. 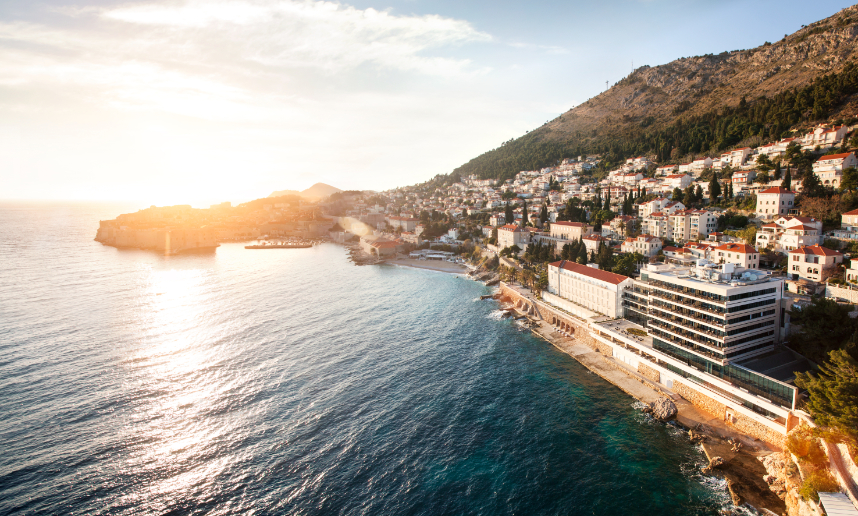 I’ve never been to Croatia, well I say ‘never’, I spent an inebriated 3 days on a stag do near Split (I think) so I’m not sure that counts. Let’s say this is my first time. The nice thing about booking last minute is you don’t have time to research, plan and/or pre-empt so everything is experienced in the moment. My wife and I are what I would coin ‘hybrid travellers’ – we love to explore, love some history and a bit of hustle and bustle. But we also love the quiet, the relaxed, the vaguely exclusive and a little touch of chic which is everything Hotel Excelsior is.

On arrival I instantly felt we’d made a great choice as the hotel’s location is everything we would want from a hotel – not ‘in the mix’ more ‘near the mix’. The first thing you notice on arrival is the simply outrageous view of Dubrovnik Old Town – a stunning medieval castellated city that is almost cartoon in its antiquarian appearance. (Parts hark back to 7th Century, but it’s so well looked after it looks like it was built yesterday.) The hotel designers have wisely surrounded the entrance lobby in floor to ceiling glass so you see nothing but that view in all its glory. 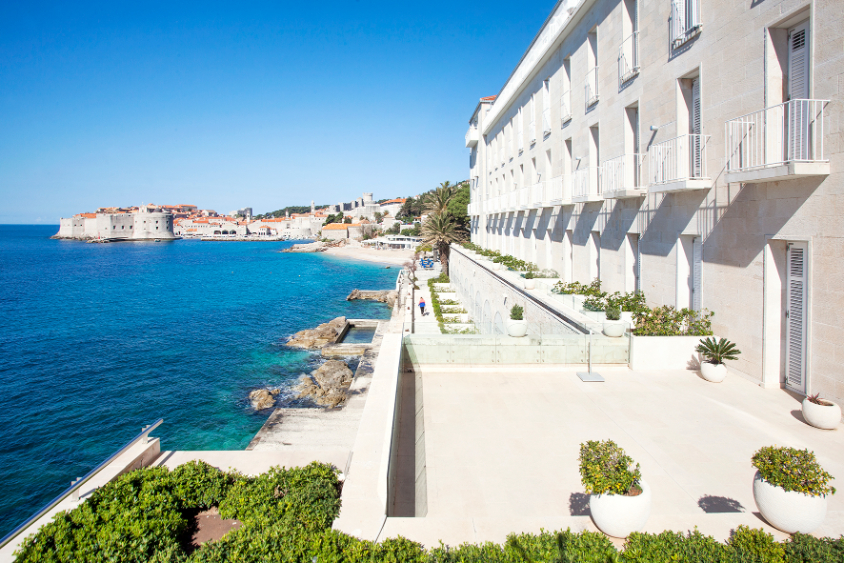 The property as a whole is also a hybrid of sorts as it’s a fusion of a beautiful old Villa complete with cream stone frontage and Parisian shutters and a monolithic modern annex creatively named The Tower. It isn’t exactly beautiful; its more Canary Wharf than Empire State but there’s something about these two buildings melded together as some kind of architectural oxymoron, that weirdly works. What it also means is that the restaurants and bars (which are all within The Tower) are vast and open plan thanks to the nature of modern design.

After acquainting ourselves with our room – a Deluxe double with a large bathroom and an all-important balcony with further views of the old town as well as directly down to the turquoise Adriatic – we headed out to explore the rest of the building.

To add to the split (pun mildly intended) personality of the building there are two lift shafts which go to a different number of floors which can get a little confusing and lead to the odd ‘how do we get out of here’ but once aced we were quickly at home. There’s a large open plan piano bar (ABAKUS) with a lovely terrace that it shares with the fine dining restaurant (SENSUS). Did I play happy birthday for my wife on the baby grand? Yes, yes, I did. Did she love it? Still waiting on the reviews. 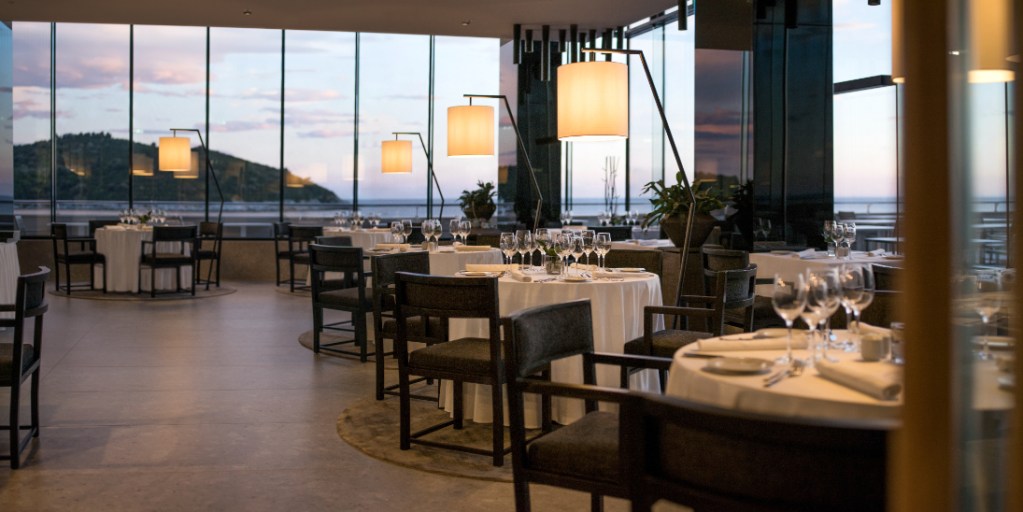 Breakfast with a view

A floor down is the large breakfast-only restaurant (SALIN) which has a considerable spread in the mornings whether it’s a freshly made omelette, indulgent French toast or some healthy fresh fruit that you’re after. The coffee is strong and well-made and aside from a few hungry pigeons that keep trying their luck, the terrace is a wonderful spot for brekkie complete with, yet again, that epic view. 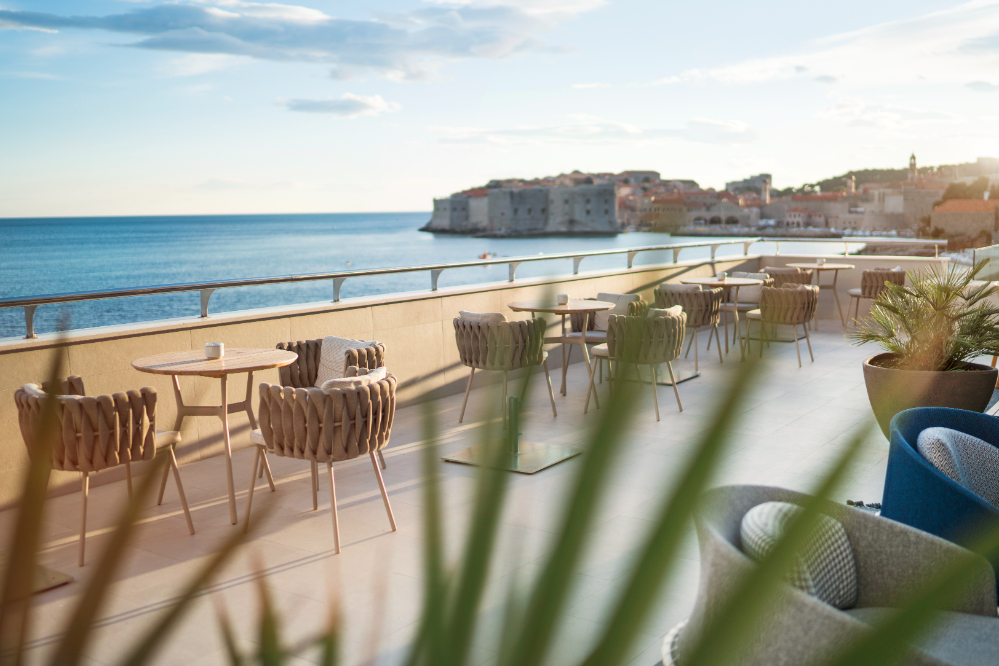 A terrace of dreams

The real crowning glory here (aside from its tasty Negronis) is the sea front terrace. There’s no beach per se at the hotel (don’t worry there are plenty in close proximity) but there is a long terrace complete with sun loungers, umbrellas and very attentive staff. I personally love the ability to dive straight into the ocean from my sunbed without having to dislocate my ankle on a pebbly beach or spend hours getting sand out of every nook and cranny. Each to their own of course, but it is a simply stunning place to while away the hours reading, drinking, eating, swimming. 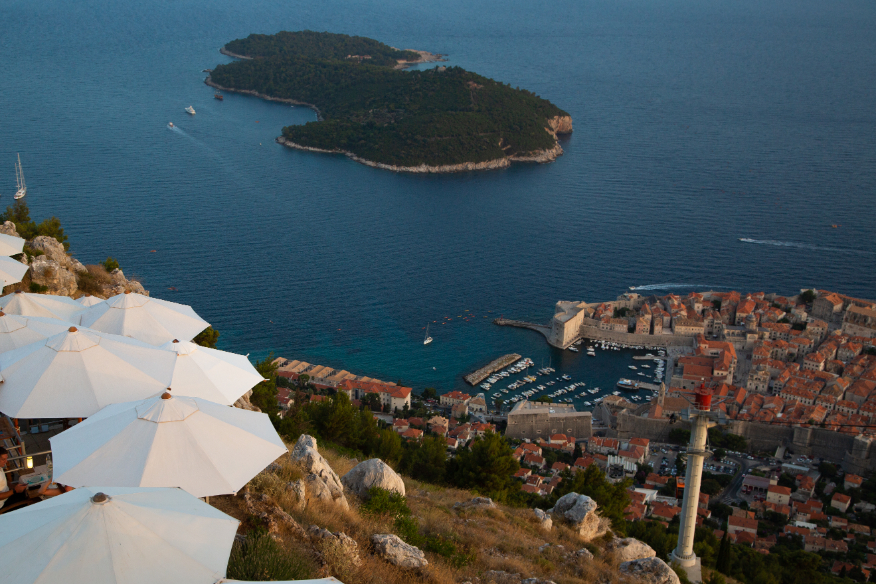 While the hotel itself is a great spot, and one could remain there throughout your holiday, I would advise a cool wandering night around the old town to find the endless supply of restaurants and bars (Restaurant 360 for Michelin stars or Azure for Asian-fusion) or a drive along the coast to explore nearby coves and coastline – we did and quickly realised we’d barely scratched the surface of fascinating Croatia. We loved Sveti Jakov Beach for secluded paradise or Kupari Beach for post-apocalyptic urban wilderness (maybe google it before you go, in fact google it now – it’s quite a sight.) 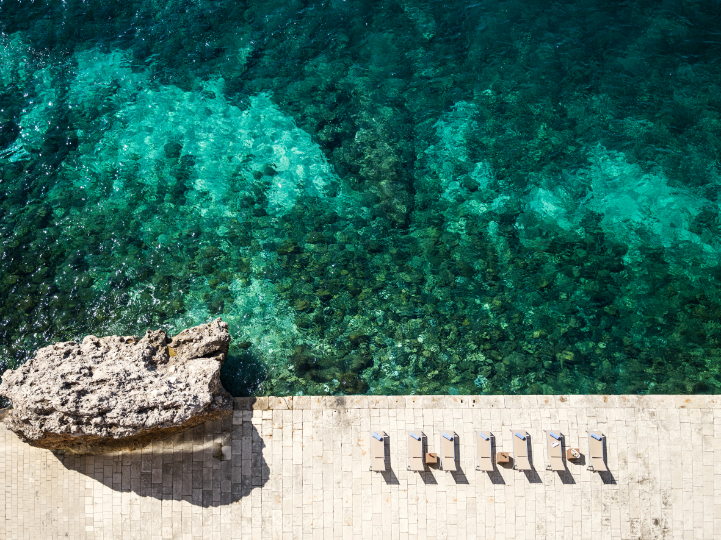 My wife and I left Croatia after a restful time at Hotel Excelsior (don’t mention the 3000 PCR tests at the time) feeling grateful of the escape and certainly keen to return to this stunning country.

If you are a location, location, location kind of person then this hotel is for you. A 10-minute walk to a thousand years’ worth of history and a slice of the Adriatic to call your own – what’s not to love? Oh, and apparently some TV show called Game of Thrones was filmed nearby. But you wouldn’t’ know it if you visited – they barely mention it.