I sought the advice of my goddaughter Bella, who has very strong views on hair so when I tentatively mentioned the possibility of highlights I got shot down at once ‘Are you mad, highlights are so over, you need Balayage’, which sounded to me like a tricky ballroom dance. Luckily for me my first foray into this new world of hair was a visit to Elena Von in Chelsea.

I was born blonde and until recently have not needed to think about colouring my hair – this has saved me a fortune over the years but I have noticed that my, still blond, hair has become rather monochrome without it’s natural highlights which have caused envy in the past. 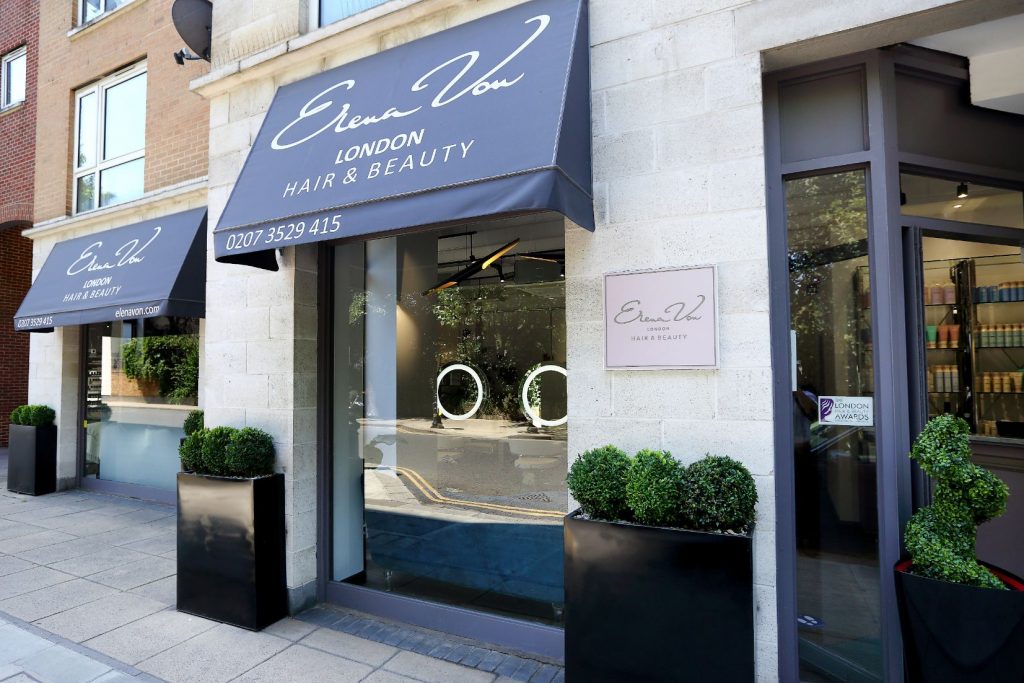 Elena is a revelation, she takes great care to make sure that one is totally at ease while explaining in detail the process and what it will achieve, I am not particularly vain but ones hair is rather a defining part of who you are so I was a bit nervous. Elena’s calm approach gave me confidence as she explained that she always cuts hair dry, which was new to me “If I cut it wet I can’t tell what is happening as the hair will change when it’s dry, this way both of us can see how its looking through all the stages”. The way she cuts is incredibly detailed and is well worth the time spent, as she says “The cut shouldn’t attract attention, I don’t cut horizontally as that creates lines in the hair which are unnatural.” 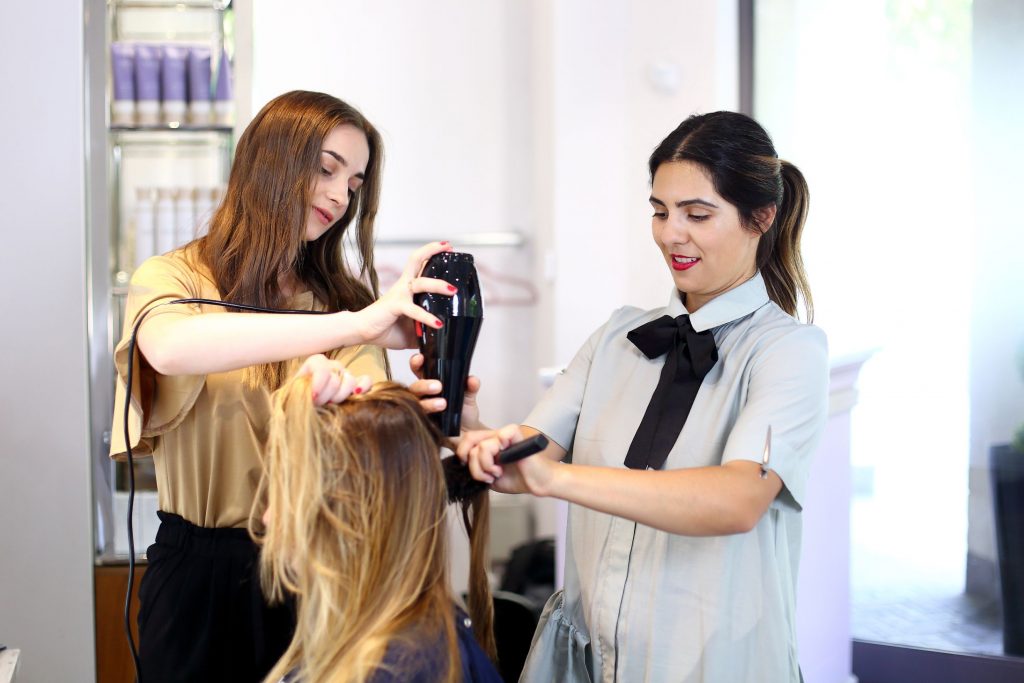 Now onto the Balayage. This technique is designed to create natural highlights rather than stripes and involves two types of bleach being applied by brush to sections of the hair. Had I not had total faith in Elena at this point I would have run away as I thought I would resemble Cruella de Ville and had visions of white chunks all over my head! 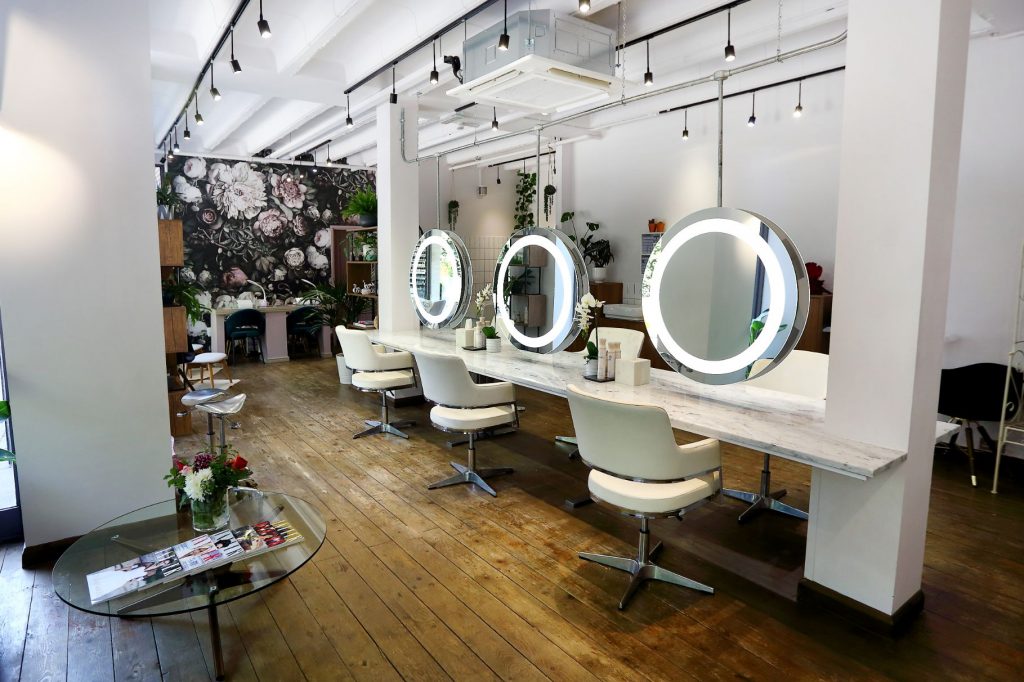 After about half an hour my hair was washed with Virtue Full Shampoo and Virtue Colour Kick which is a hair filler made from 100% natural Keratin. Sounds intense but it basically repaves the cuticle of the hair and refills the keratin that is eroded through the colouring process. So instead of my hair feeling dry and damaged that is often the case after bleaching it felt softer than before and full of life. Once my hair was dry, I was delighted to see my enviable natural highlights had been restored and looked as though I had spent the summer in St Tropez, not an afternoon in the hairdresser. 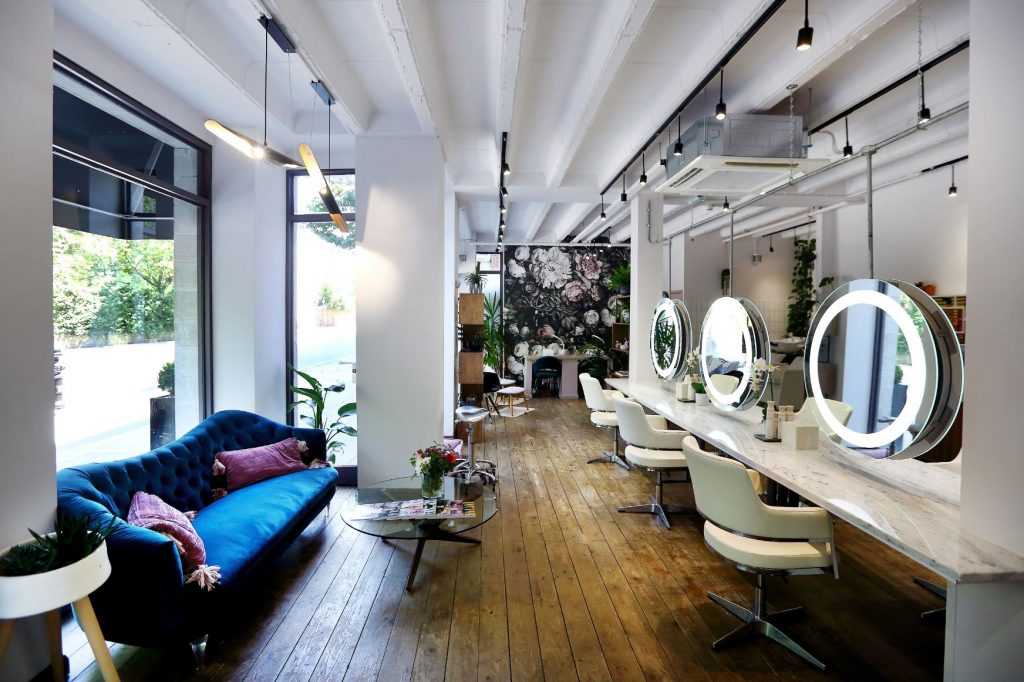 Elena Von’s salon has picture windows overlooking Westfield Gardens, large round mirrors which are not conventional hairdressing ones, comfortable sofas and chairs which create a haven of calm where dogs are allowed too. You can have a glass of champagne or a cup of delicious green tea confident in the knowledge that you will emerge a better-looking version of yourself.

All imagery courtesy of Elena Von.