Elf the Musical at The Dominion Theatre: Joyful and triumphant

The best way to spread Christmas cheer is…going to see Elf The Musical at the Dominion Theatre.

If you want the perfect way to get into the Christmas spirit this holiday season, then look no further than London’s West End. Sitting in the auditorium, anticipatingly waiting for the show to start there was a buzzing atmosphere. All of the audience, whether naughty or nice, were like kids at Christmas! 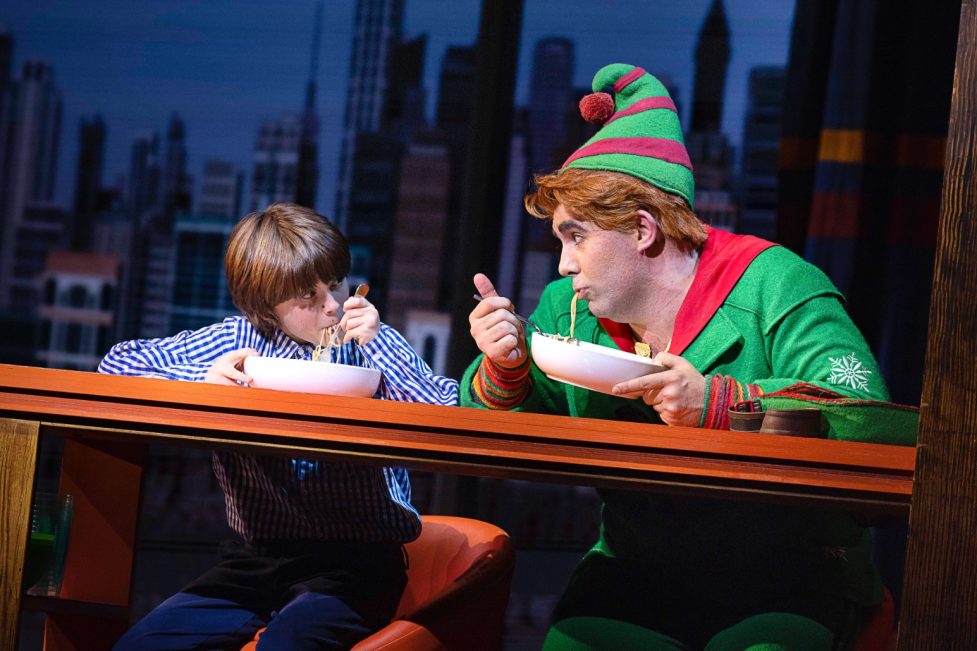 The show tells the story of Buddy the Elf. A human from an orphanage who crawled into Santa’s sack ended up at the North pole! Raised as an Elf, though being much taller in stature and a terrible toy maker, he decides to embark on a journey to find his real family. The magical video design, by Ian William Galloway, takes us straight from the North Pole to New York City. The show has moments of being panto-eqsue, but if you can’t do that at Christmas, when can you?! 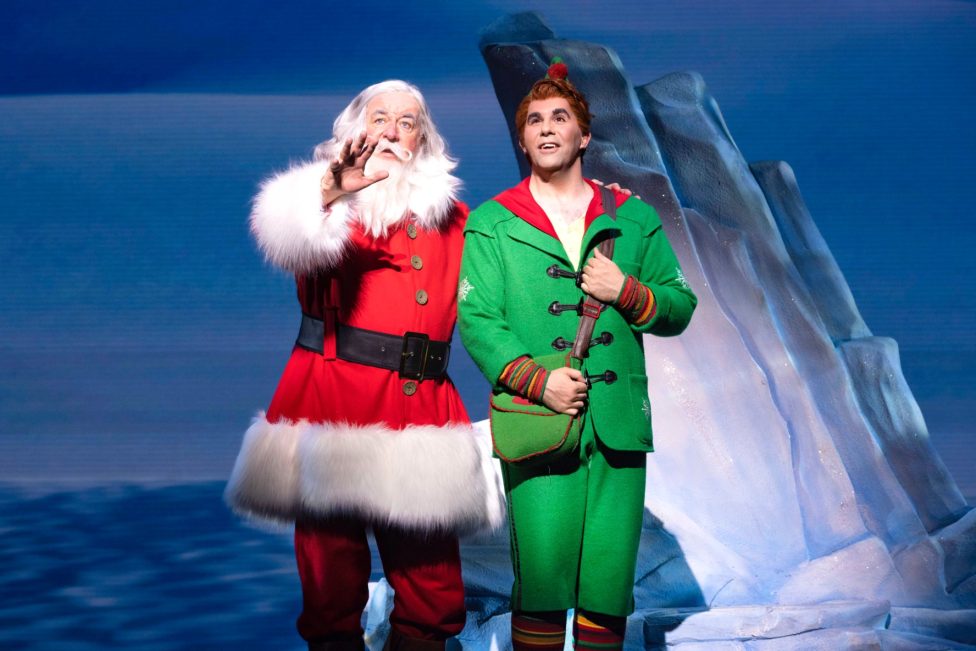 Leading the show is the formidable Simon Lipkin as Buddy (who’s festive face you may recognise from ‘Nativity 3’ and ‘Nativity Rocks’). Lipkin is a powerhouse of comedy, charisma and charm. His Buddy is so captivating and cute and you’re instantly drawn to his adorable, naive innocence. It goes without saying that this seasoned West End performer has the vocals to match the larger-than-life character that is Buddy. You can tell he has a blast performing the show. Even when the spotlight wasn’t on him, he is an absolute delight to watch.

Choreographer Liam Steel deserves a huge amount of praise for the show’s success. From the Elves’ incredibly fun routine in the North Pole, to decorating Macys with tinsel skipping ropes, candy cane canes and gift boxes (that accidentally spelt ‘Marry Christmas’, but honestly that just added to the comedy), to a festive frolic in the office. Buddy’s ‘bell routine’ had the whole crowd in stitches. Every dance was full to the brim with joy and steps that would be Santa approved.

Georgina Castle’s ice queen ‘Jovie’ melted hearts with stunning vocals. Kim Ismay’s hilarious ‘Deb’ added so much warmth with brilliant comic timing and dashing dance moves. Dermot Canavan’s animated ‘Store Manager’ was like a loveable cartoon villain. Tom Chambers’ grumpy ‘Walter Hobbs’ was the epitome of an endearing Scrooge. And there is so much talent in the ensemble, it will make you rejoice. 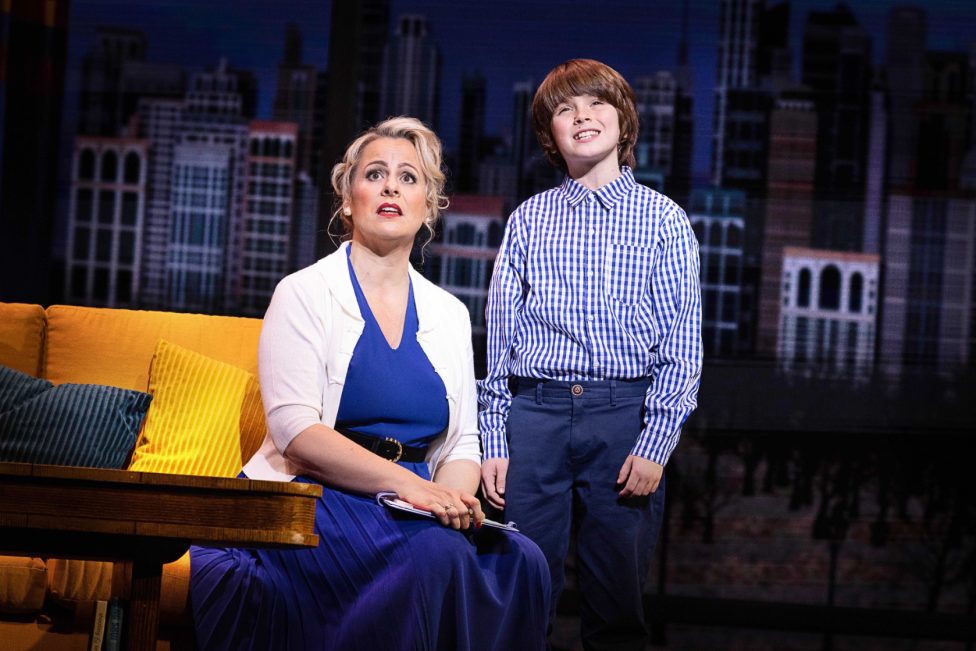 The show stoppers for me were an unlikely pair, made up of Rebecca Lock who played ‘Emily Hobbs’ and Logan Clark who played ‘Michael Hobbs.’ The dynamic duo had the audience in uproar and brought the house down after their number ‘There is a Santa Claus.’ Clark has a truly promising career ahead of him, when at such a young age his vocals and stage presence matched that of the renowned Rebecca Lock, he is one to watch for sure.

Original new music by Matthew Sklar and Chad Beguelin, that you’ll be carolling all the way home. Book by Thomas Meehan and Bob Martin that even the original film lovers will cherish. Set and costume design by Tim Goodchild who makes sure the whole show is gift wrapped to perfection.

This seasonal show teaches us ‘it’s never too late to grow’ and takes us on a magical sleigh ride in the snow. Perfect for children and adults alike, this festive frenzy of yuletide fun is absolutely not to be missed this winter season.

Elf The Musical is playing at the Dominion Theatre until 7 January 2023.

A post shared by Elf The Musical London (@elfmusicalldn)

All imagery courtesy of Mark Senior.