After stealing away from meetings I finally managed to catch up with an old friend for a few hours at Galvin at the Athenaeum. Intentions were for a quick grab and go style dinner however the warm and inviting atmosphere soon put paid to a short evening. We were lucky enough to be sat in the sumptuous banquette, at this established Mayfair eatery a mere stone’s throw from the beautiful Green Park. 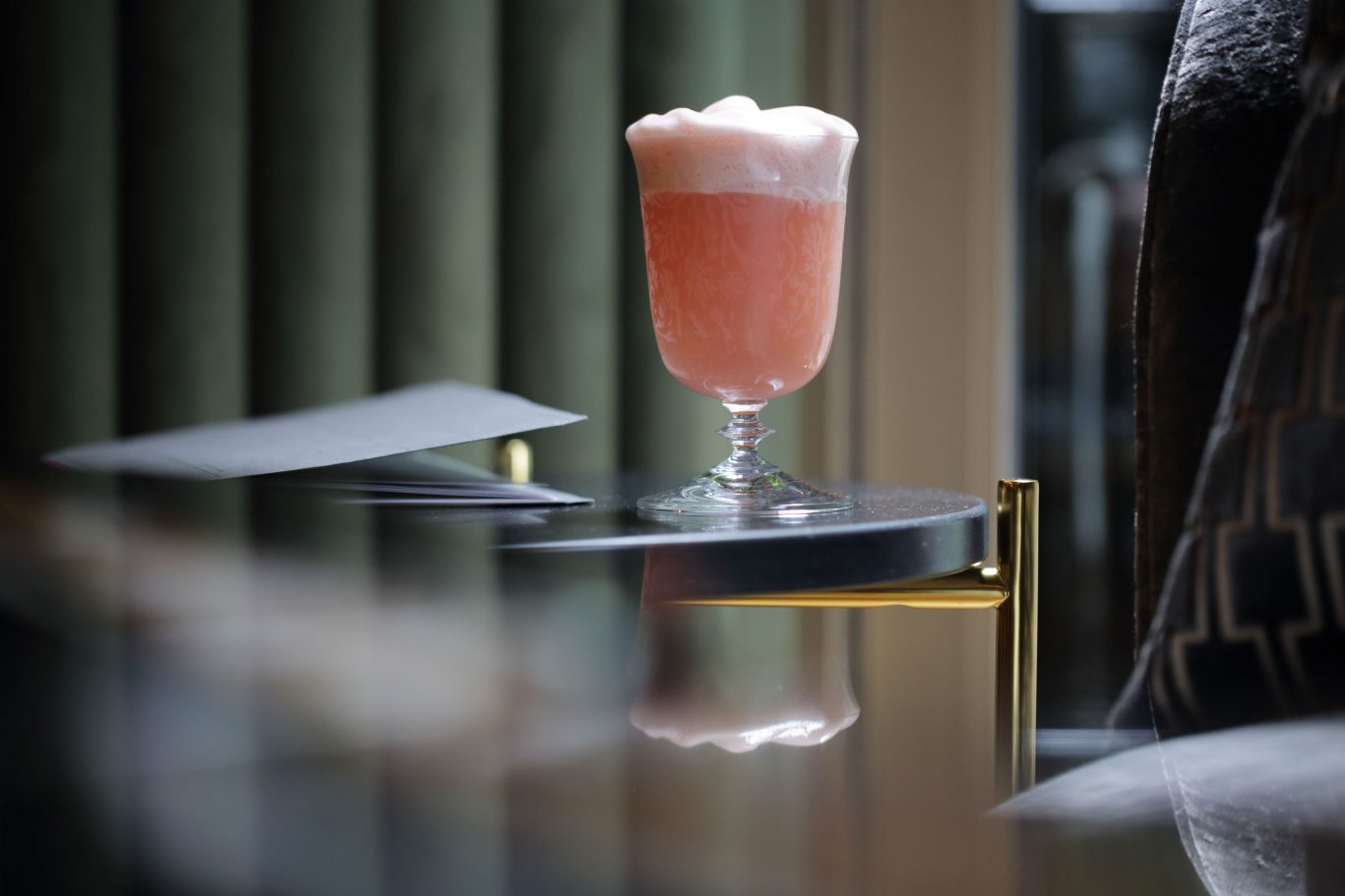 Feeling relaxed I started my gossipathon with a dainty Queen’s Garden aperitif, a complex mix of vodka, raspberry, lime, creme de Mure and plum bitters and a delicate sprig of lavender. This sounds sweet but the plum bitters tone down any sweetness and leaves a fresh aftertaste. It took quite a while to decide on the menu as there’s an full spread of British seasonal dishes and Autumn is a great time for a wide choice especially Game. 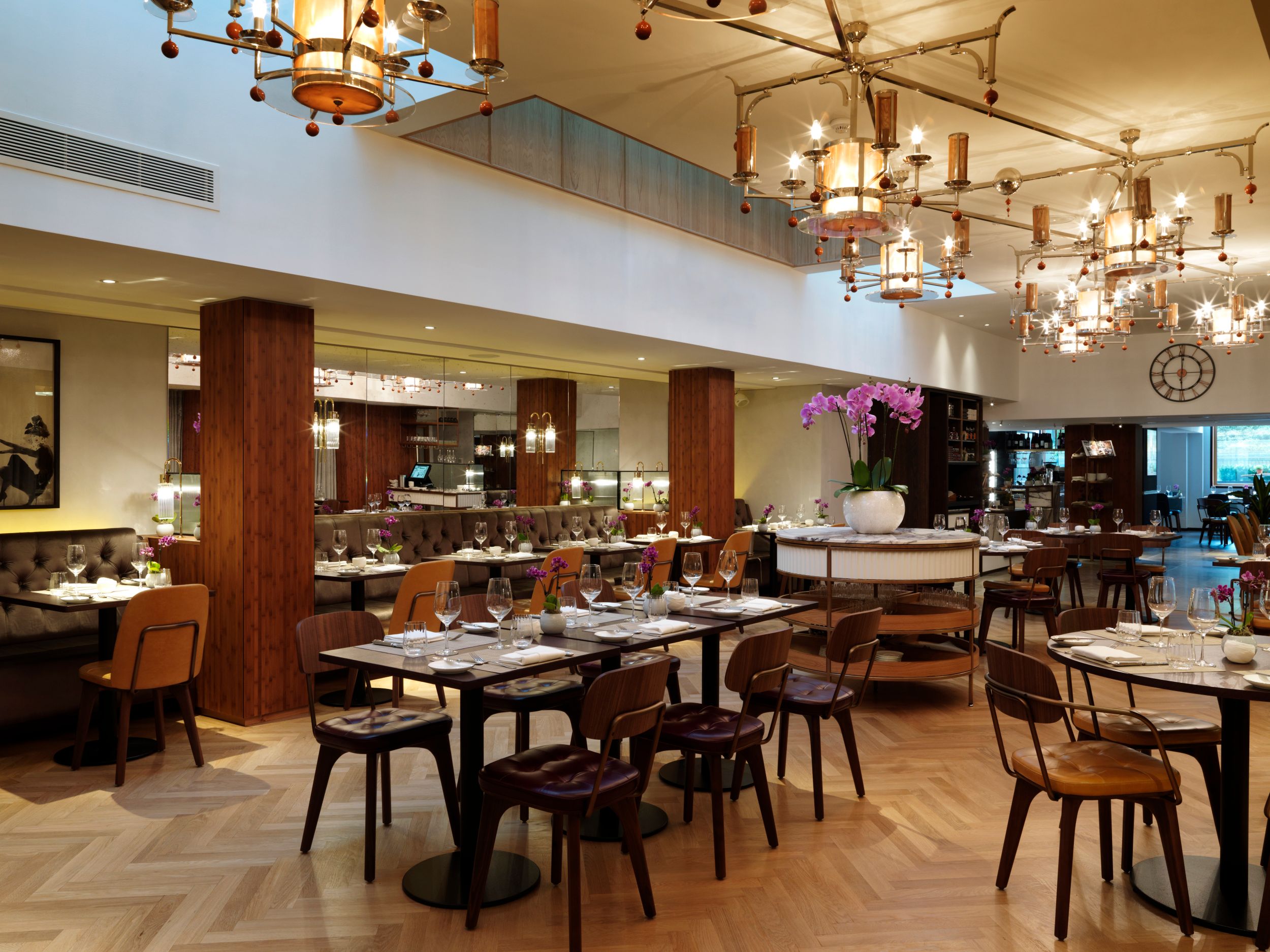 The Galvin restaurants pride themselves on working closely with their suppliers, farmers and experts with long reigning relationships. With the choice of game birds, balance of seafood and fish alongside wild mushrooms the autumnal menu was a blend of the best of British seasonal produce.

I started with the Dorset Crab Lasagne, doused in Beurre Nantaise paired with a simple Chardonnay. This beautiful and dish had a light and balanced texture with perfectly cooked layers of fresh pasta and delicious crab. Being a fan of starters I also dipped into my companion’s Marinated Loch Duart Salmon with it’s fabulous fennel and grapefruit salad. Again wonderfully balanced with hints of micro herbs. 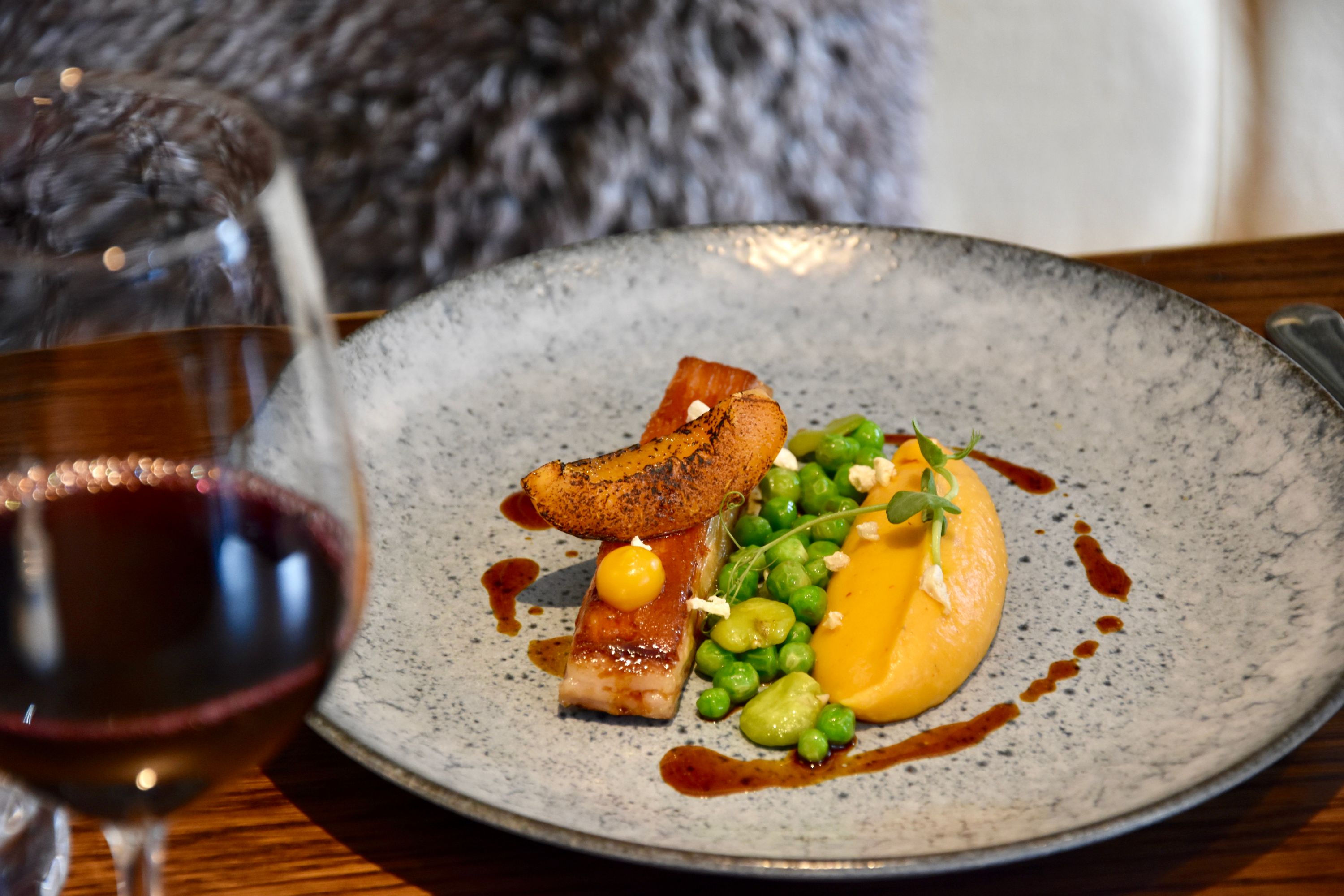 From the sea to the sky, main courses were a homage to our feathered friends. A a supreme of pheasant, accompanied by some delicious red cabbage, sprout tops and chestnuts. Chestnuts are a silky reminder that it’s time to put on the cashmere and sit in front of the fire. With the warm atmosphere of Galvin you really can feel like you are sinking into the English countryside with the aromas and autumnal delights. Pheasant is a very lean meat and cooked to perfection on the bone it’s a great alternative to chicken especially if it’s wild pheasant. I admit to having a delicious mash on the side, I mean who can resist the buttery smooth roots?

I finish the meal with a classic selection British Cheeses with a spicy chutney on the side paired with a glass of the light Quinta da Rose. This works perfectly against the cheeses and leaves the palate balanced and refreshed. I didn’t steal any of my friends dessert as she’d interestingly chosen an early Christmas pudding, claiming that hardly anyone makes these any more……judging by the empty plate, they make a deep and sumptuous one here.

I am really quite surprised at Galvin at the Athenaeum as it would be easy to play to its captive audience of hotel guests but they really have captured British seasonal menus with an emphasis on choice. For the first time the Galvin brothers have stepped away from their trademark French-inspired menus in favour of championing Britain’s delicious homegrown produce with style and personality. 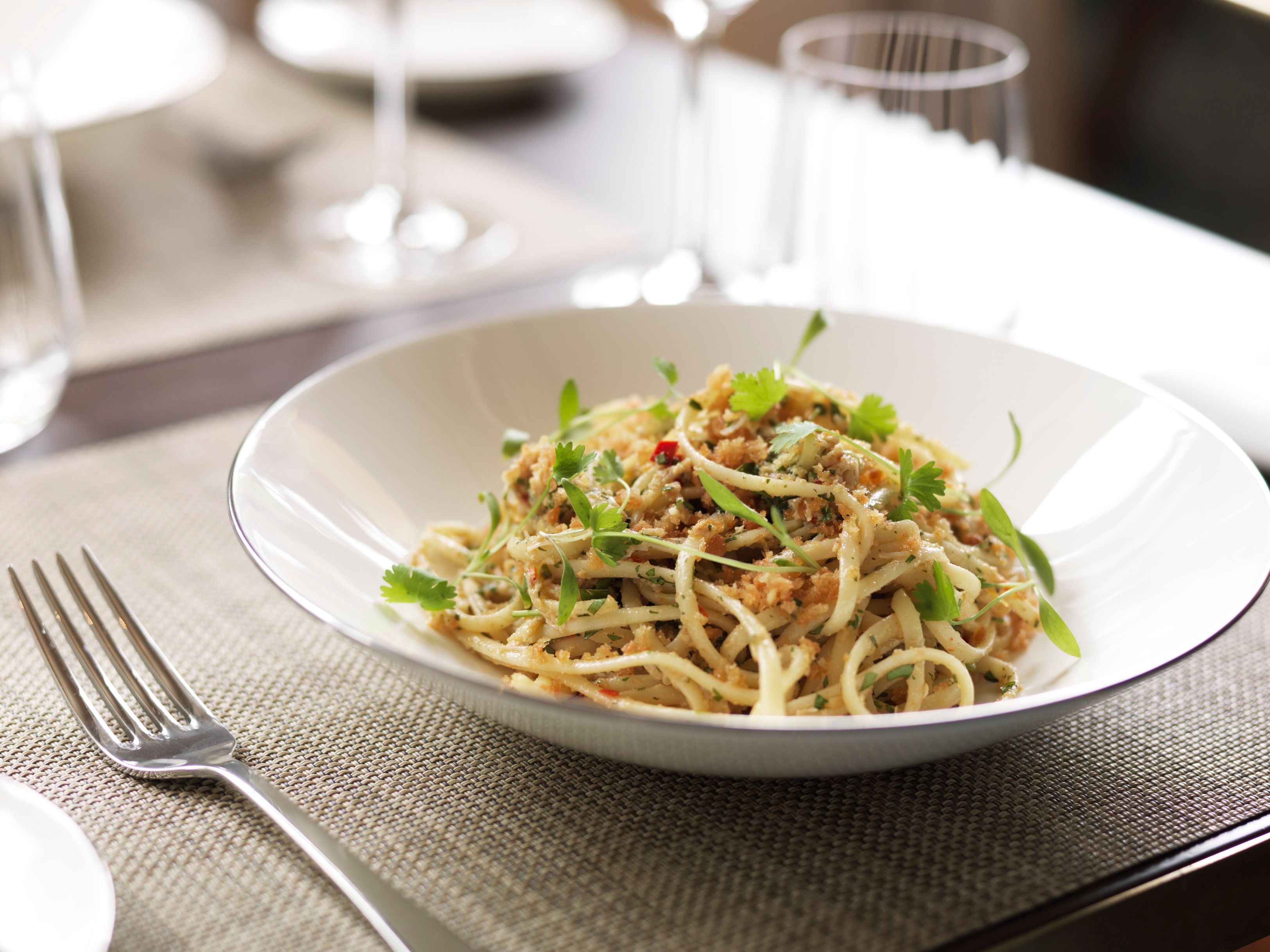