Hairspray – what a triumphant return to the West End. For all those starved of musical theatre, it doesn’t get better than this camp, big-hearted, technicolour romp. 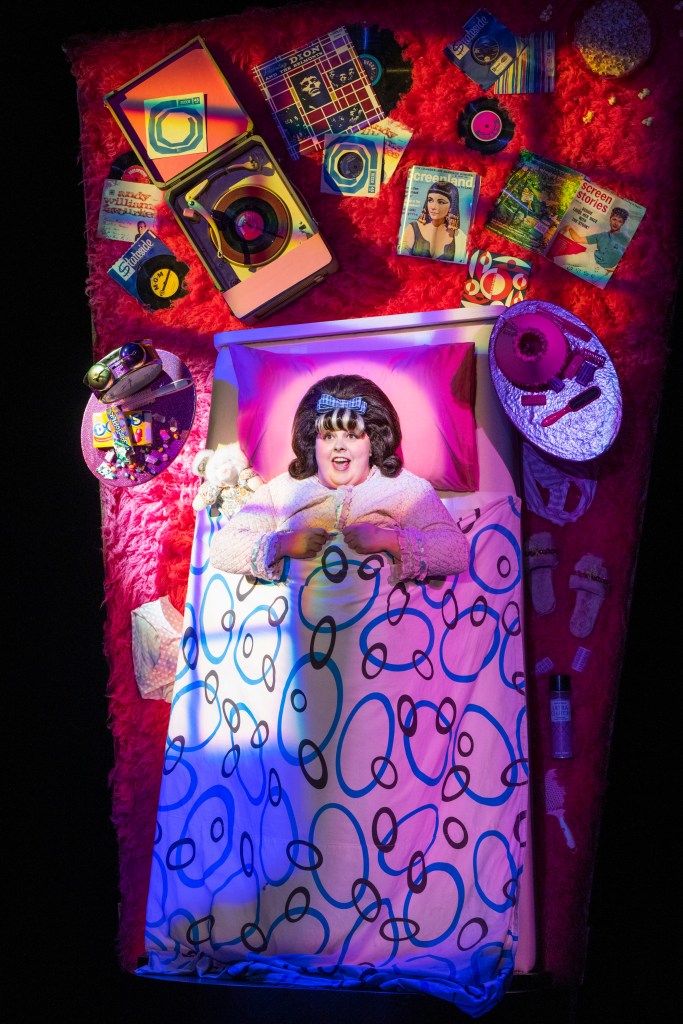 For those not familiar with the story, we go back to Swinging Sixties Baltimore to meet a rather generously proportioned teenage wannabe star (Tracy Turnblad played by Lizzie Bea) and her equally girthy mother, Edna (played by the legendary Michael Ball). Her quest is to be a dancer on a local Saturday night entertainment show but can people see beyond her size?

The story examines all sorts of topics such as segregation, the emergency of black music, fat-shaming and teenage bullying – but not in an annoying preachy way. It’s kind of cheesy, very loud, very funny and most importantly, brimful of feel good. Ball as Edna is incredibly watchable with Les Dennis playing his adoring but hammy husband, Wilbur. The variety show veteran is hilarious and Ball an utter pro, not outshining the younger and more inexperienced cast and really coming into his own in some of the final scenes.

The music in Hairspray is a two hour toe tapathon. Uplifting, catchy tunes that are uplifting and joyous but also have the musical theatre magic dust power to take you up one minute and down the next. The showstopper was Marisha Wallace as Motormouth Maybelle. Her presence (even when playing ensemble characters in the first part of the show!) was so engaging. When she sang I Know Where I’ve Been, a hush fell over the cavernous London Coliseum. A moving, powerful story telling performance of a song that triggered a mid show standing ovation.

The dialogue is very tongue-in-cheek and if you’re sharp of ear there are plenty of cheeky zingers thrown in. The gravity-defying hairstyles are sublime, as is the Sixties fashion. Former EastEnders actress Rita Simons gives a great turn as the small-minded, obnoxious but colourful producer Velma Von Tussle and newcomer Mari McGinlay displays excellent comic timing and panache as Tracy’s loyal pal, Penny Pingleton. 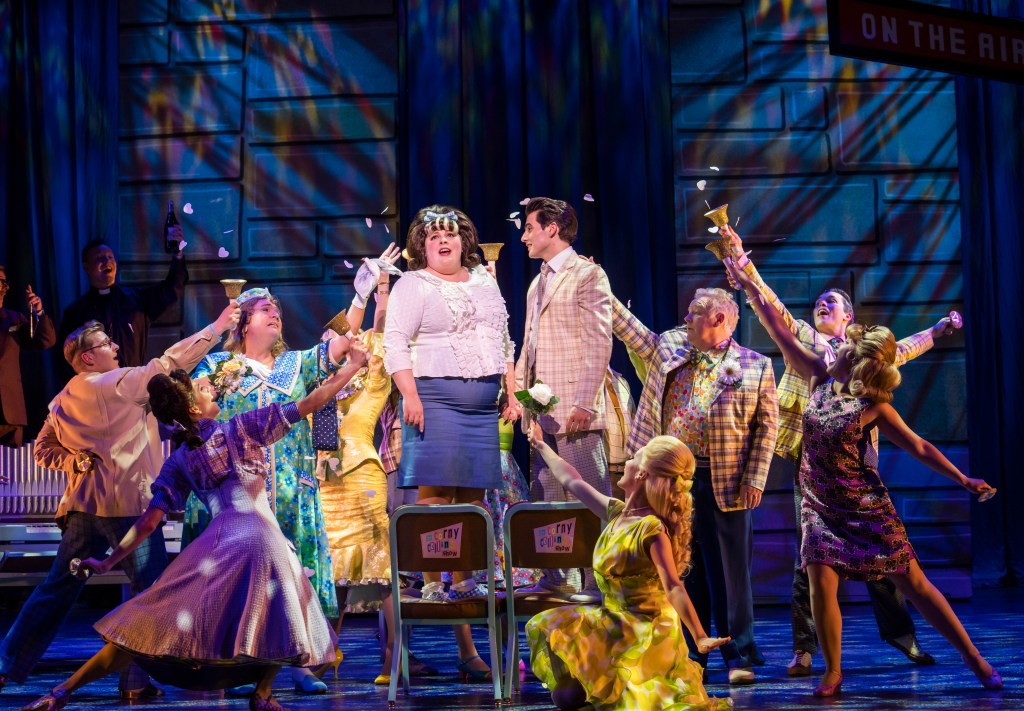 The energy and love from the audience were electric. The Coliseum was was packed to the rafters, always with safety at the forefront. Never before have we witnessed or heard such a jubilant audience giving such a roaring standing ovation. Even a tearful Michael Ball seemed taken aback as he thanked everybody at the end. 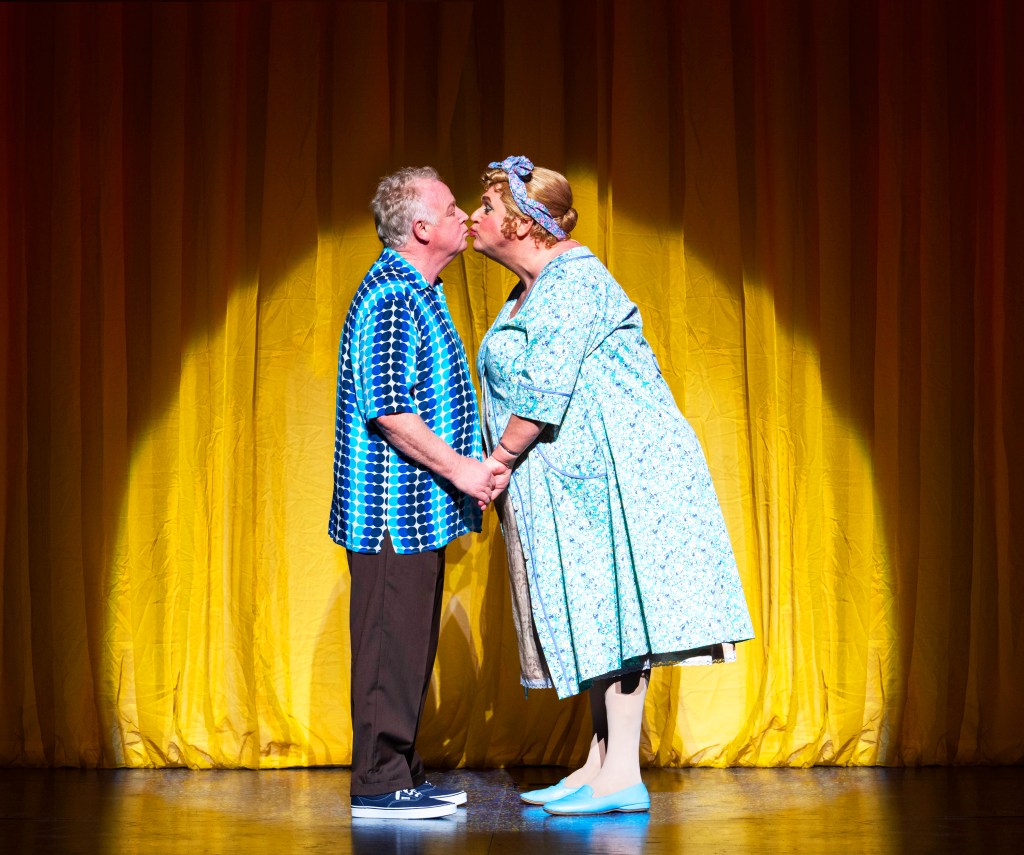 Hairspray is the perfect post lockdown cocktail of unity, tolerance, fun, song, romance and of course lashings of hair lacquer.  The Coliseum is one of London’s most ornate theatres and the cast give it their absolute all.

Hairspray is running  until September 29 2021 at the London Coliseum and tickets start at £17.50