Once upon a time, two hungry boys had a dream involving chicken vindaloo and went in search of an authentic Indian restaurant oasis in a dark, restaurant laden land called London, where Brexit and elections loom. The hungry boys set out on this quest to discover Indian food that dared to be bold with ingredients that take them to another world. They found themselves transported (by the circle line) to the heart of Chelsea, arriving at a modern Indian restaurant called Kutir, opened by the hero of this tale, the brave and talented chef Rohit Ghai. 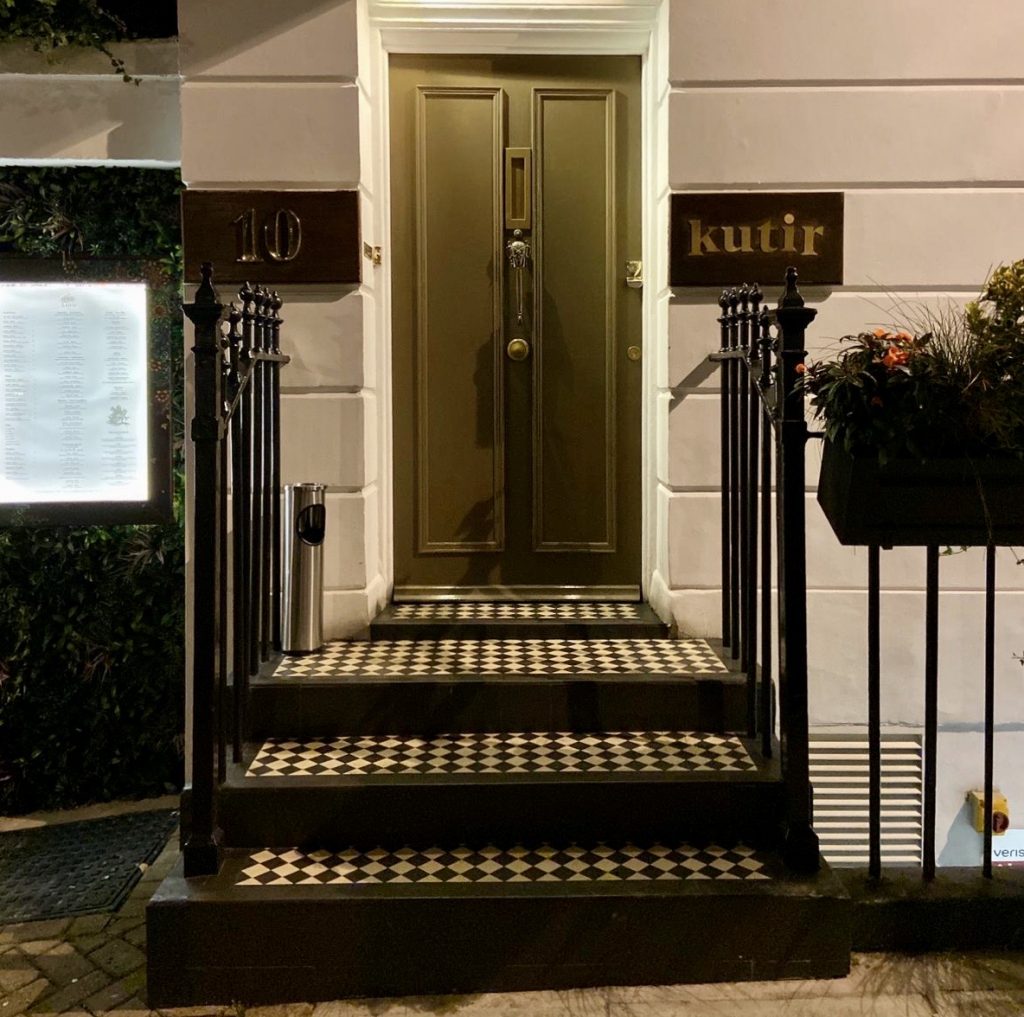 It all started when they charmingly rang a doorbell of a beautiful atmospheric Georgian townhouse. This magical door led them into a new reimagined idyllic Indian world, a feast for all the senses. Décor is subtle but opulent with designer fabric panelled walls and pristine table cloths which makes it very cosy yet so elegant. Table 14 (below), a corner and window table is especially romantic and magical as a table for two. 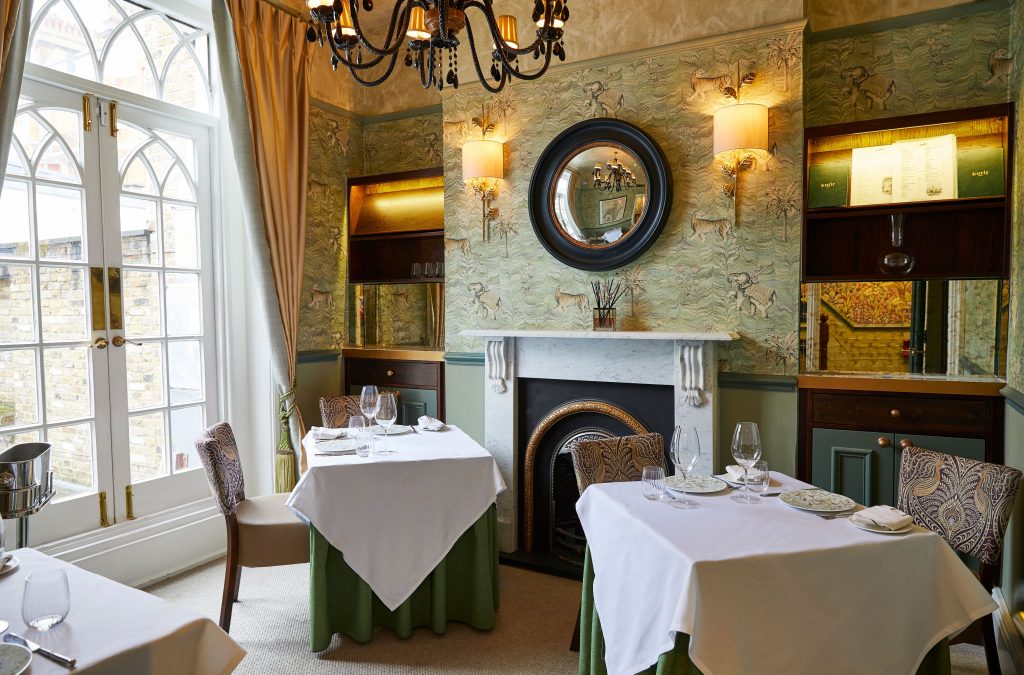 It felt like ALL the hungry boys wishes had been granted by their Fairy Godeditor as the menu was so enticing with distinctive dishes and unique ingredients that lend themselves so well to Indian cooking like venison, guinea fowl and even jackfruit. After all, Kutir (meaning cottage) draws inspiration from the royal tradition of hunting expeditions in the luscious forests of the Indian countryside. 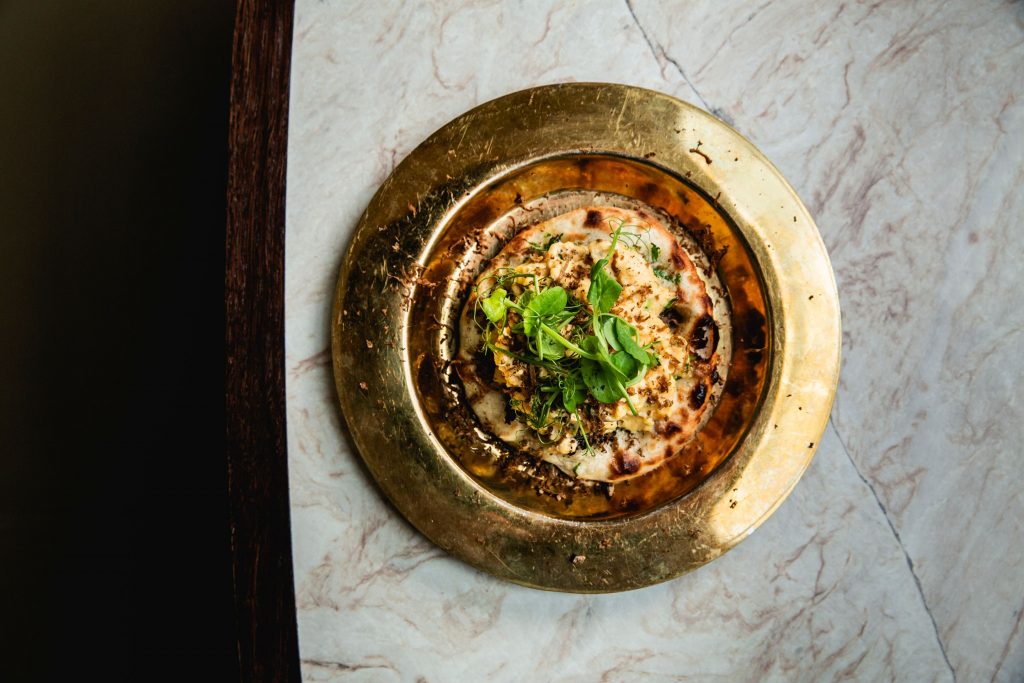 As with all good fairy tales, things happened in threes and sevens. The small plates section in particular grabbed the hungry boys attention as they sampled three plates: a quail naan with truffle, tandoori lamb chops and salmon tikka. Salmon so juicy came with a dill infused raita and some delicate radish – a must try. 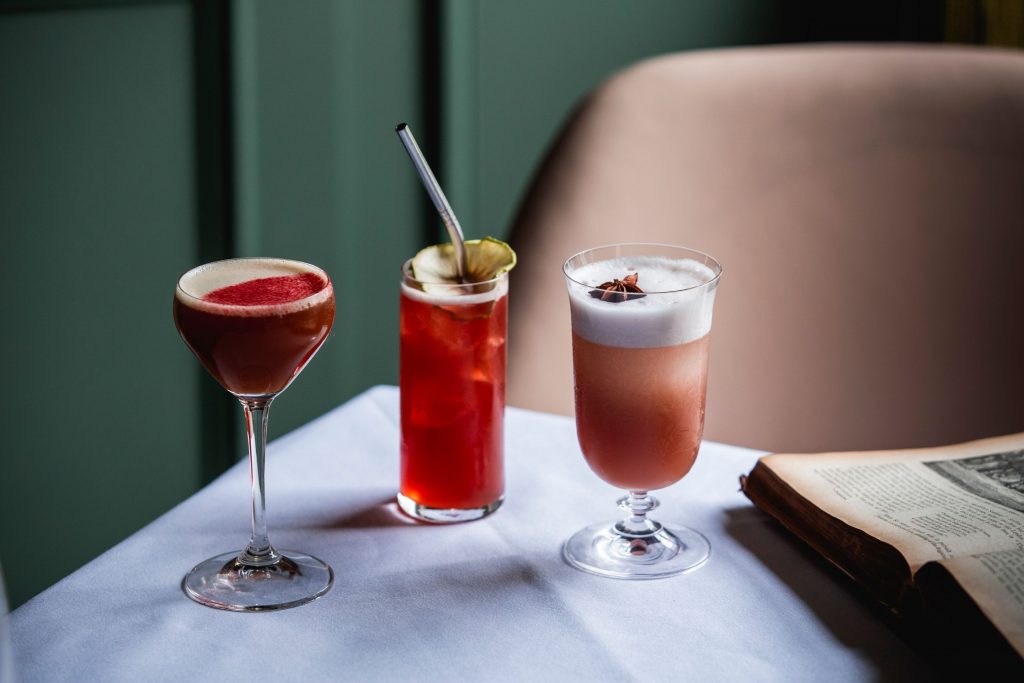 The now satiated boys then uncovered an original seven strong cocktail list made up of intriguing Indian inspired libations. They thankfully didn’t try all of them as they would have fallen into a deep, long sleep and missed their last tube home but their favourite was a chest hair inducing ‘Madhosh’ with Laphroaig 10 whisky, cognac, calvados, vermouth, apricot and a dash of honey. Strong, balanced and worked great with spices. 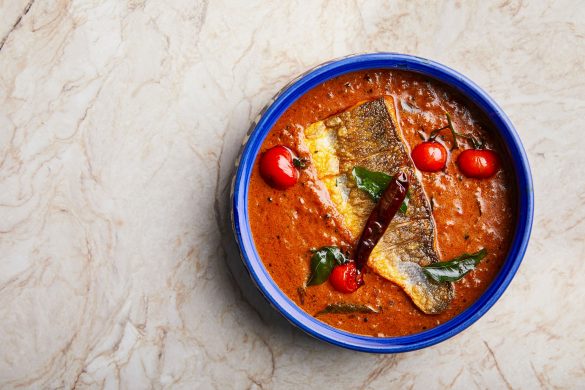 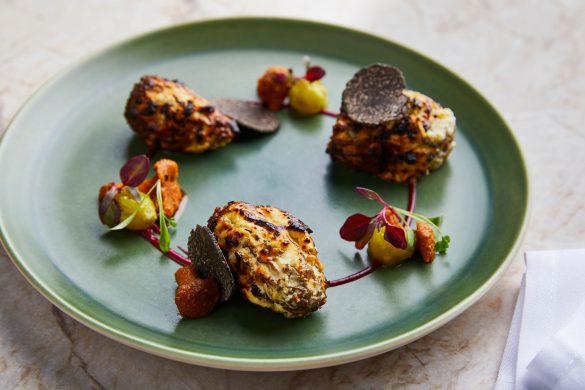 For the next chapter of this tale, the boys shared main courses and sides in a feast where their quest to discover Indian food had now become a reality. A dish that stood out was a sea bass Kokum curry with thick coconut cream and crunchy curry leaves on top. The boys also embraced a bountiful basmati rice biryani made with guinea fowl drumsticks, garlic and onions. So delicate yet so deliciously different. 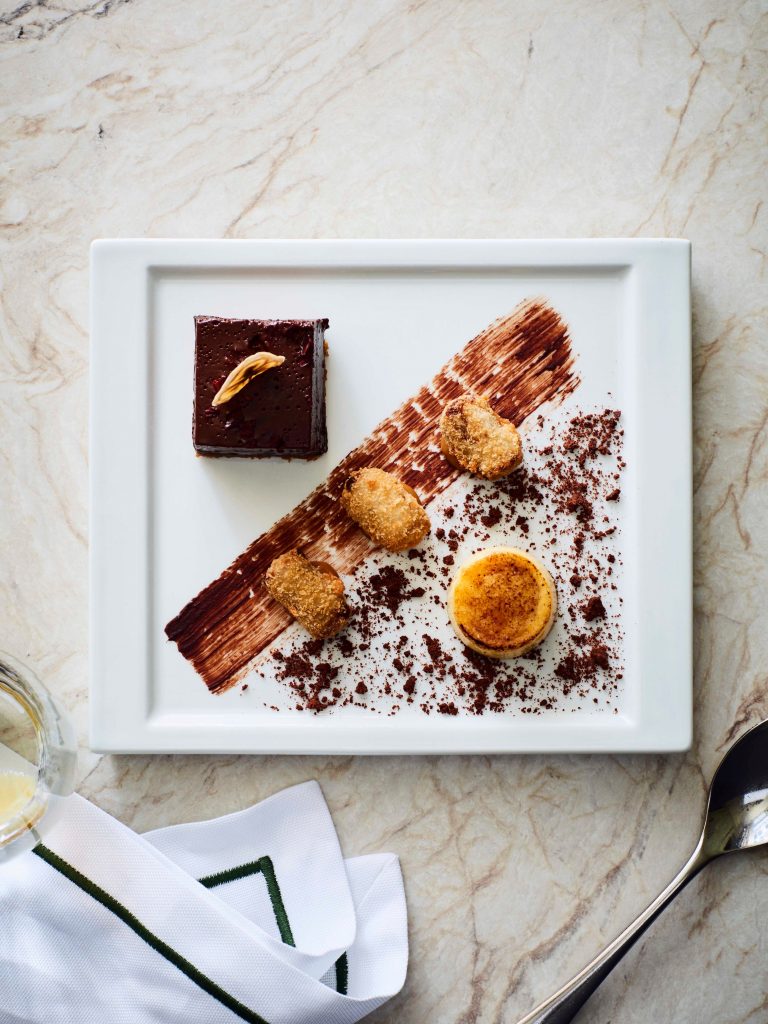 The happy ending was almost destroyed as the boys were feasting on savoury delights and then remembered to pace themselves so that they could have a little something sweet after their banquet. They were enticed by a gooey Valrhona chocolate cake and a moreish Indo-Portuguese Bebinca cake with seven layers of pure, sweet indulgence.

Whilst there weren’t any dragons, elves or giants in this fairy tale, the boys found their Indian oasis and vowed to return to Kutir very soon to sample other offerings including an ‘Expedition’ five course tasting menu with an optional wine pairing.

With their souls nourished, they thanked their Fairy Godeditor (who now kicked himself for not going!) and …

…they all lived happily ever after…

To discover more about Kutir and create your own Indian fairy tale, visit: kutir.co.uk