Luxury Liquorice: A weekend with Lakrids by Bülow

Liquorice to many people in the UK has the same effect as Marmite, you either love it or you hate it. I was part of that latter grouping. That was until I tried luxury liquorice coated in delicate layers of fine chocolate. The premium Danish liquorice created by Lakrids by Bülow allowed me to find a new affinity with liquorice, an affinity I honestly thought I would never have. Combining soft, chewy textures of salty liquorice with delicate layers of chocolate will transform any liquorice foe into a friend. Trust me.

HOW IT ALL STARTED

Johan Bülow came from the small rock island of Bornholm in Denmark. Bornholm is an island that is well known to many people around Denmark as a place that is known for high-quality and niche producers. Attributing his success to his mother, Johan was told from a young age to go out into the world and create something for himself that he could be proud of and something he enjoyed and loved. That philosophy his mother instilled in him from a young age is where Lakrids by Bülow was born.

2007 was the start of the luxury liquorice adventure. However, that decision may have been the only easy thing for a few years that happened as he built and grew the business into what it is now. Johan wanted to create sophisticated and traditional pieces of luxury liquorice, but finding a traditional method and recipe became the first challenge. Dreaming of a way to reinvigorate liquorice, Johan spent tucked himself away in his mother’s kitchen perfecting the ultimate recipe to elevate the confectionary and turn it into a gourmet experience. Clearly mastering the skill, Lakrids by Bülow was the first to introduce chocolate-coated liquorice even with sceptics saying it was wrong, Johan continued with his vision. 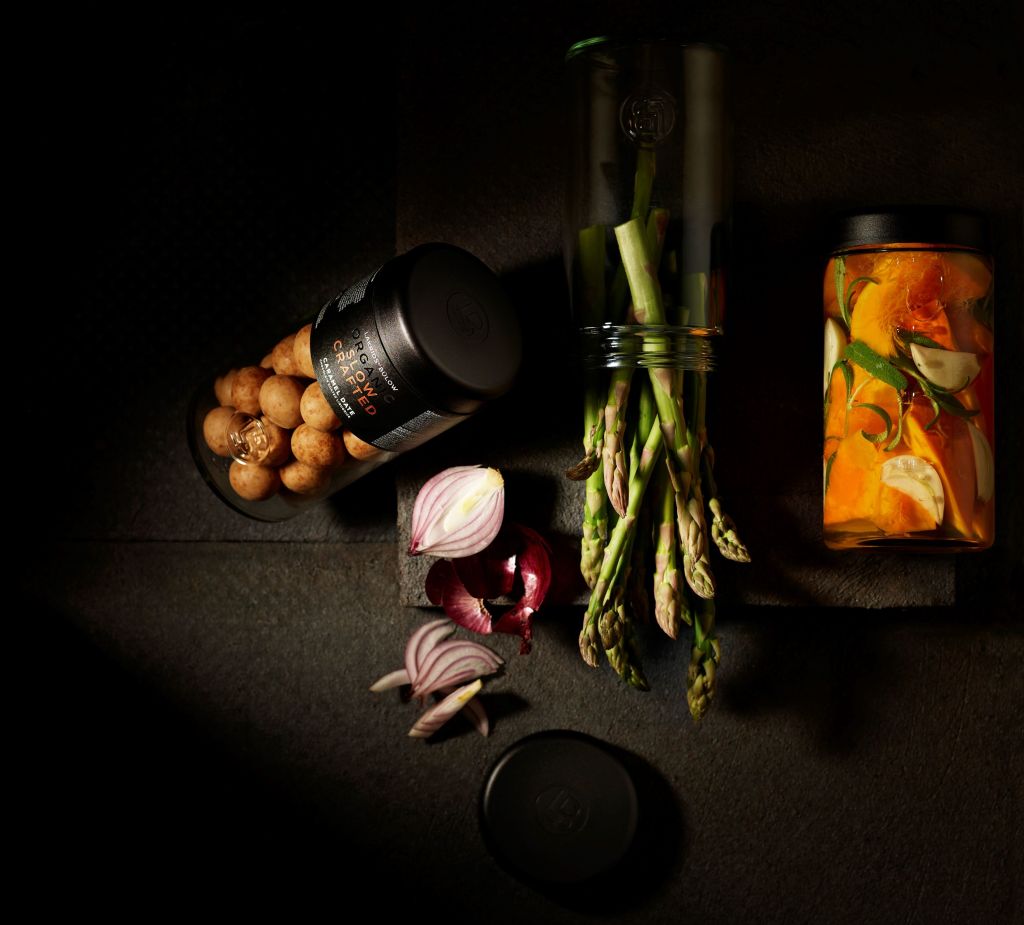 15 years have passed since the conception of Lakrids by Bülow and it has led to the celebratory anniversary collection, Slow Crafted. A small-batch, slow-cooked premium range of liquorice coated in the four most delectable and indulgent flavours within the chocolate shells: Mango Vanilla, Caramel Date, Dark Truffle and an Anniversary recipe based on the original batch of liquorice Johan Bülow cooked when he opened his first shop at Bornholm in 2007.

What will be a permanent addition to the portfolio of flavours for Lakrids by Bülow, the Slow Crafted collection is based on the original recipe Johan created back in 2007. The range will be sold in recyclable and reusable glass jars, homing in on Johan’s desire to create a business model that had sustainability at its very core.

Each new flavour is simple yet powerful in flavours and I was instantly addicted after one bite. The Caramel Date flavour reminded me of salted dulce de leche but far more indulgent. With crunchy flakes of Maldon sea salt and Deglet Nour dates, this sweetest of dates has made for a rich velvety adventure. My favourite, the Mango Vanilla has the sweetness and freshness of the Alphonso mango, typically famed for being the best. And combined with the unctuous notes of Bourbon vanilla, you experience for yourself intense creamy tones while being perfectly balanced of the fruity and sweet flavours, whilst celebrating the Slow Crafted liquorice centre.

It wouldn’t be an anniversary without the flavour that made Lakrids by Bülow the internationally known and premium confectionery brand. Heading back to basics and using simplicity as the best way to convey 15 years of love. This flavour is the original but remastered original. In an all-organic variety, you bite into a layer of fine liquorice powder, silky Belgian milk chocolate and the Slow Crafted chewy liquorice core. It is simple but perfected to make it even more addictive than before. 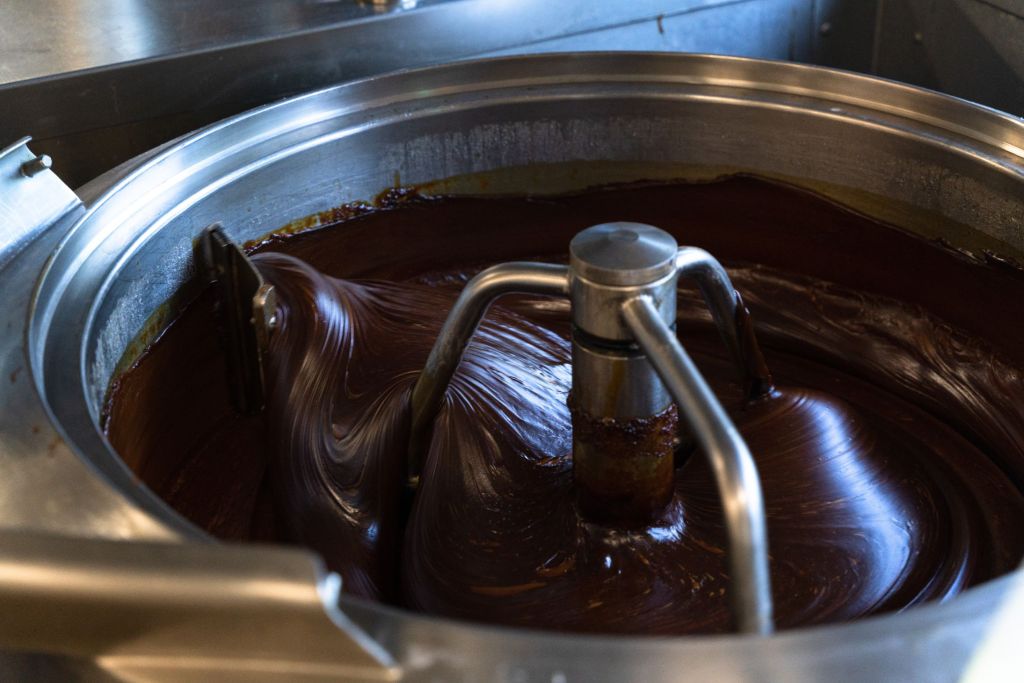 The anticipation of going to an actual sweet factory in another country felt like something out of Willy Wonka’s chocolate factory. The smells and sensations that accompany the experience are unparalleled to anything else. Walking around Lakrids by Bülow’s Tardis-like factory in Denmark lived up to my imagination. Each new room bought a new story that depicted the beautiful history of how the luxury liquorice came about.

Touring the factory suited and booted in the correct attire and PPE, it was easy to feel part of the small family business, even if it was only for one day. After the tour we were ushered into the warehouse, sliding through the passageways of crates filled with jars of nectar from the gods. Fairy lights and meadow flowers decorated an open space where dinner was waiting. 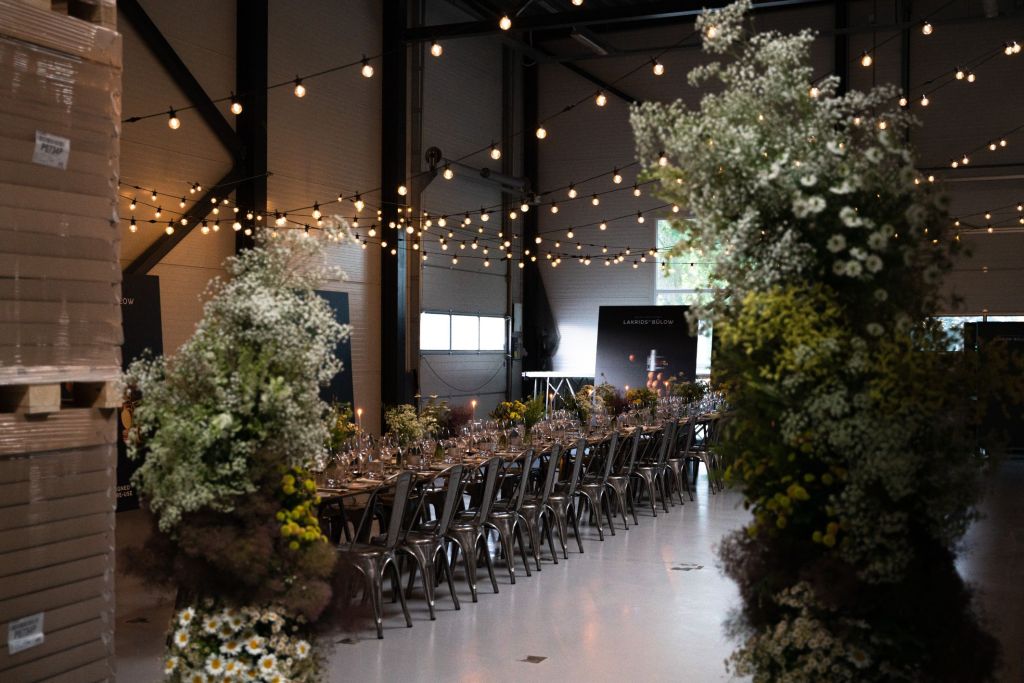 Niklas Ekstedt, a Nordic and highly renowned international chef greeted us with a delectable and exciting menu, exploring and praising the flavours of the liquorice. The starter was served in the glass jars, truly promoting how versatile the reusable Slow Crafted collection can be. Cured salmon was layered like a superior savoury Eton mess on a bed of tangy apples, juniper berries that cut the start of the crisp apples all tied together with a miso mustard dressing.

Throughout the evening, conversations and minds wandered to the main course, where a braised fillet of lamb centred the plate, coated in a red wine jus. Alongside the glass jars came the sides, but the name side does not attribute them enough.  The true beauty of the vegetable led to the whole plate being perfectly balanced in textures, tastes and smells of silky Jerusalem artichoke, ramson and green asparagus. Niklas touched on his method of simple cooking to connect the bridge between Lakrids by Bülow and the food we ate.

Although, it was not until pudding that the skills of balancing tricky and often disputed flavours of liquorice were proven. Entombed in the jars lay Lakrids by Bülow liquorice ice cream which had been carefully adorned with butter biscuits, smooth luscious butter curd, chunky flakes of dark chocolate and finished off with a plentiful drizzle of gooey caramel. Every bite a new spark of joy, the liquorice bought freshness to the sweet notes of caramel and rich flavours of butter and chocolate. The flavours of childhood fit for adults became the way I wish to end all meals. 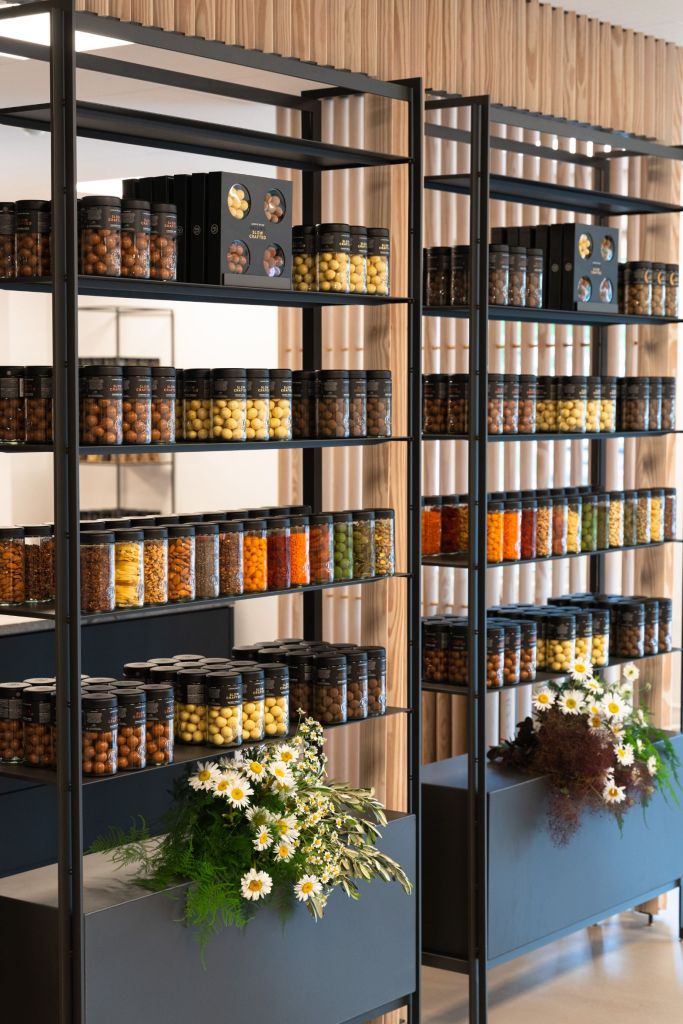 Whether you started off loving or loathing liquorice, the new range of luxury liquorice celebrating Lakrids by Bulow’s 15-year anniversary will help you to rediscover a new world of what luxury liquorice should taste like.

All imagery courtesy of Lakrids by Bülow.