Improvisation – never an easy task. Mischief Movie Night at the Vaudeville Theatre is a brave idea where us as the audience suggest a genre, location and title and Mischief Theatre’s improvisers bring the show to life. The concept is simple and relies on the genius of these talented actors.

On this night in December 2020, the final night before Mischief Movie night temporarily closed due to tier 3 restrictions, the genre that won unanimous approval was of course CHRISTMAS! The story unfolded with characters appearing from nowhere, musical interludes and even a rousing finale. It was a very poignant evening with everything that we love about live performance on stage complete with rewinds, fast forwards and even an improvised live score. 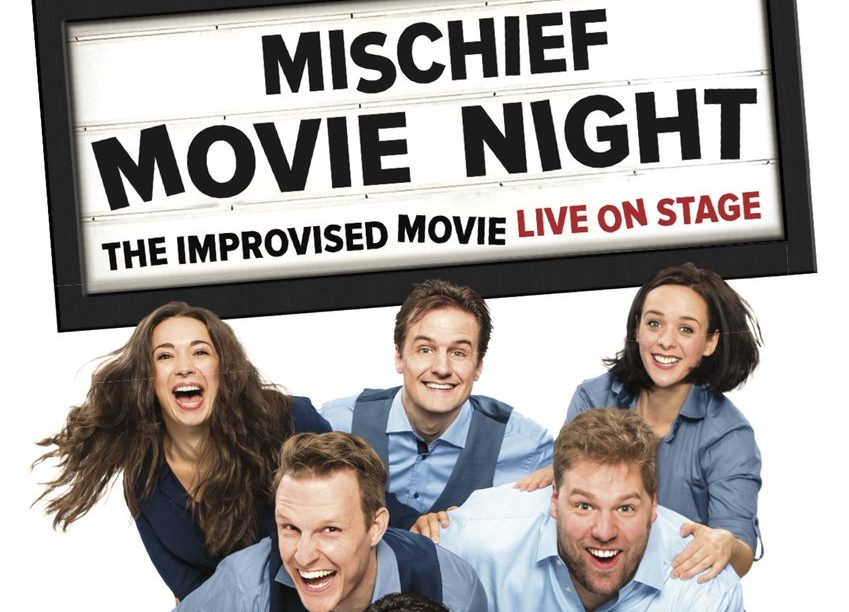 Don’t forget Mischief Theatre was founded in 2008 by a group of acting graduates of LAMDA and began as an improvised comedy group so this is the very core of what the original members set up Mischief to do and I remember being in the audience at their very first show above a pub in London back in 2008. To now see the same faces on our TV screens on the BBC over Christmas made me (for no apparent reason!) feel rather proud.

Mischief Movie Night doesn’t have an interval and its around 70 minutes straight through so strap in and prepare for some improvised laughs. Watch really closely as the jokes keep coming, even when you least expect them to. 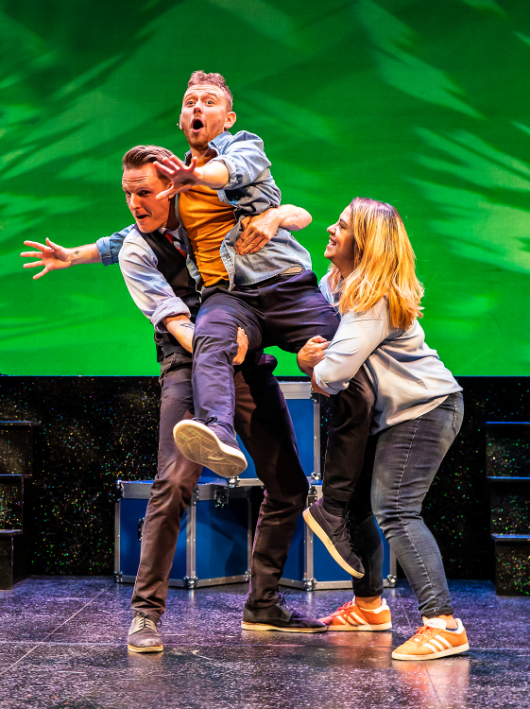 Jonathan Sayer, who sits at the side of the stage, narrates the show with his remote-in-hand, and “pauses” the action to comment on the on stage shenanigans almost like the inner thoughts of a director. It’s a clever way for the show to keep moving with Sayer gauging the audience and taking them on the next step of the journey. This resulted in an emotional standing ovation from a supportive audience that were lapping up this last bit of live theatre of 2020.

This is the kind of show where every night is a first night but now you can also enjoy this brilliant piece of improvised theatre from home. There are several live shows including a Late Night Matinee and a Valentine’s Day Rom Com too. Interactivity is at the heart of Mischief Movie Night In, so some tickets can also be purchased with participation passes where you choose the genre, title and name of the improvised movie about to be played out.