Right in the heart of King’s Cross, Sushi On Jones is located in the upcoming culinary hotspot Goods Way. Only a short walk to six underground lines, two mainline stations and an international high-speed rail, King’s Cross is undoubtedly one of the most well-connected districts in London.

Before opening in London, Sushi on Jones was already a huge hit in New York.  It was set up in 2016 as more of a sushi-to-go type affair than its London counterpart, and as the name suggests, the original sushi haven is located on Jones Street. 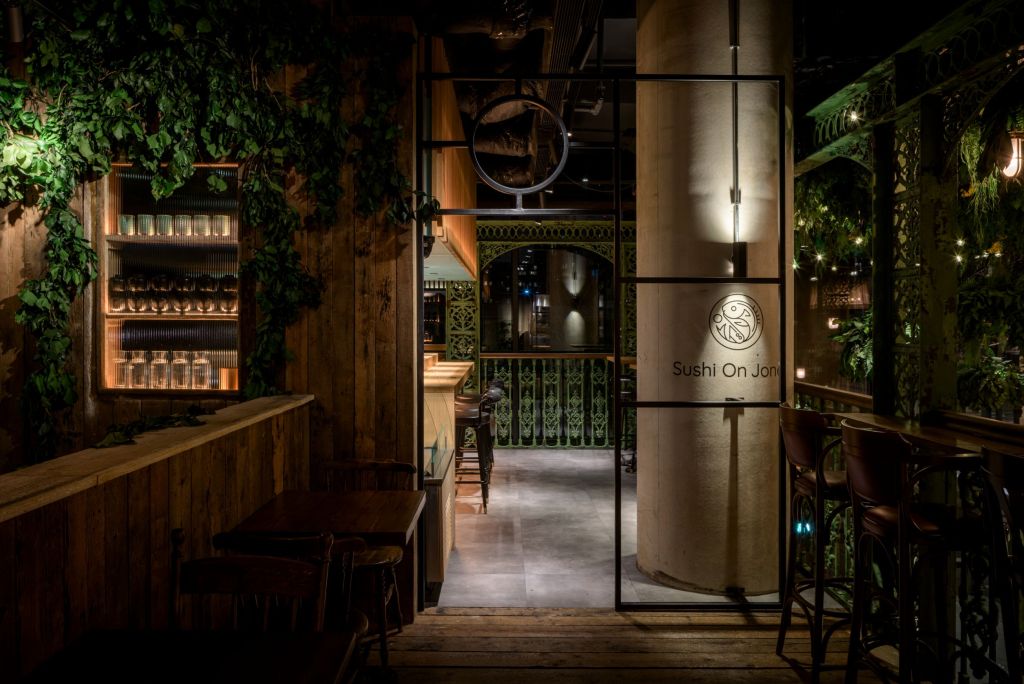 There’s a real buzz when you step into the courtyard at Goods Way. The contemporary building boasts an array of quality bars, delicious street-food-style traders and live music. A lively and informal atmosphere alongside a focus on high quality food and entertainment establishes the ideal social hub for surrounding offices, which include Google and Universal Music – a discerning crowd.

We were greeted warmly at the door and told to enjoy a drink before our tasting slot. Sushi On Jones is tucked away upstairs in an exclusive cordoned-off room with a traditional chef’s table and a limited number of seats.

In just forty-five minutes we enjoyed an informative and interactive twelve-course Omakase experience. Omakase, translating to ‘I trust you, chef,’ is a style of Japanese dining whereby the chef selects, prepares and serves each dish. A desirable concept for those of us who find decision-making problematic. 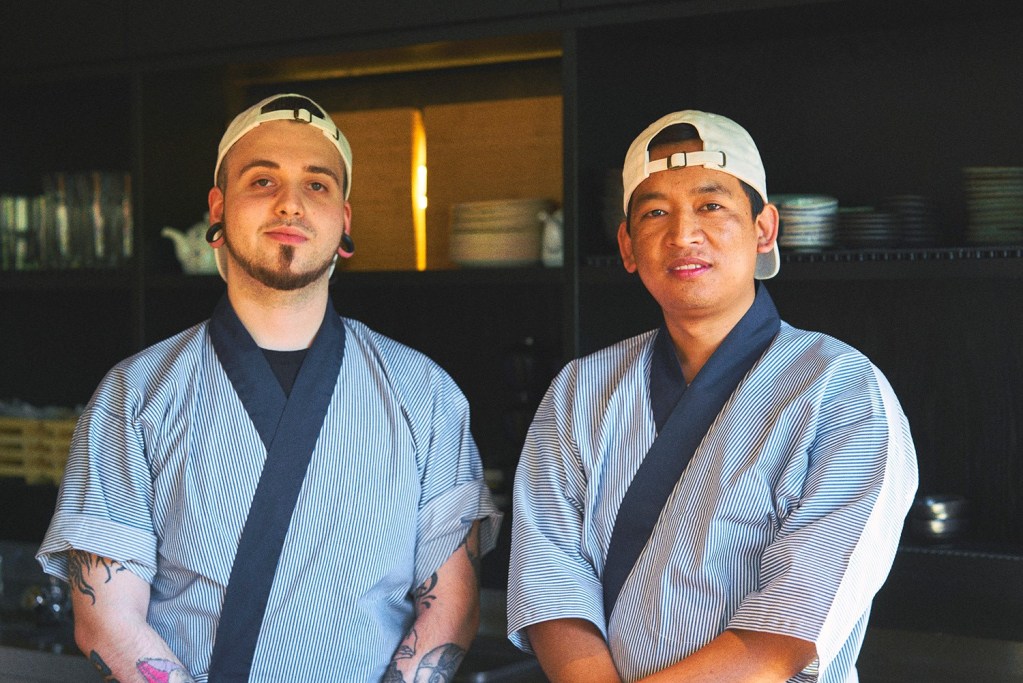 Our talented and charismatic chef, Mattia Aranini, was raised in Rome and undertook sushi training from the tender age of 17. He prepared each course in front of us, explaining how he’d carefully considered each combination of ingredients and where he’d sourced his high-quality cuts of fish. All was shared with us, bar the ten-ingredient rice recipe, which remains top secret. 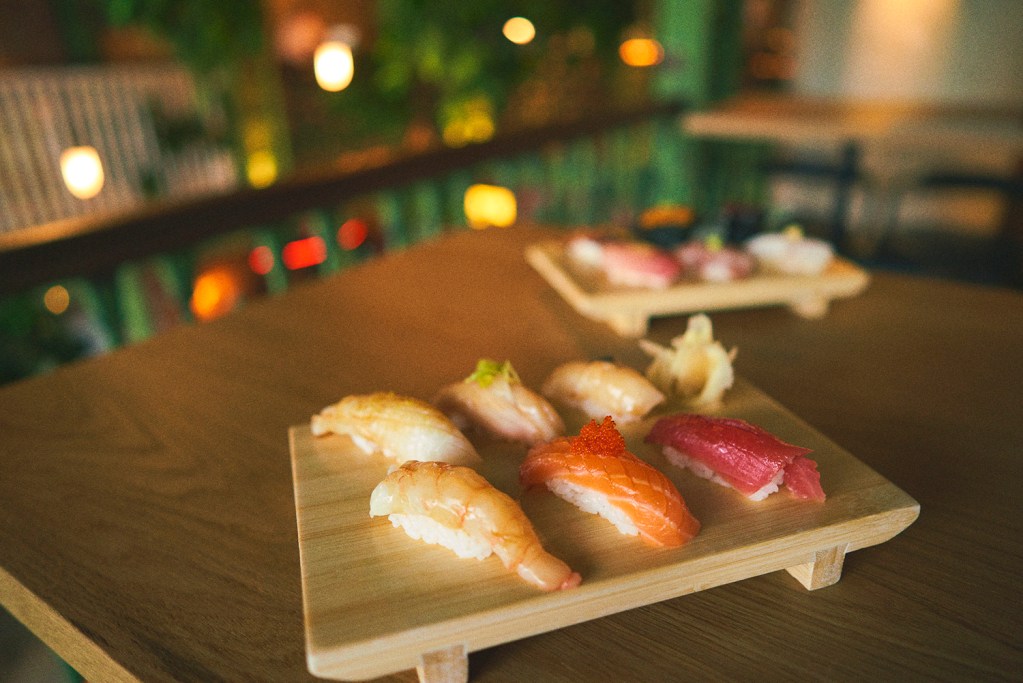 Each course is a single bite – and no fear chopstick novices – we were advised to pick each roll up with our hands. The first few courses were more mellow in flavour, beginning with a refreshing halibut & lime and working up to the final ‘pudding’ roll, which was an exquisite freshwater eel in a caramelised soy sauce.

Mattia seared the more fatty selection of fish using a blow-torch, adding a theatrical element to the experience. We also watched in awe as he grated his own wasabi from a plant; so very different to the powdery sachets we’re accustomed to. The experience was authentic, and Mattia’s Mediterranean roots did shine through in a stroke of genius that resulted in a yellowtail & truffle nigiri, a personal favourite. His attention to detail was remarkable, from the calculated running order right down to the specific direction in which he sliced the fish (cutting into the protein can influence flavour).

The drinks menu to accompany the tasting was concise; featuring sake, beer and Japanese whisky. As a keen sake first-timer Mattia recommended HeavenSake, the most refreshing of the selection poured from a sleek, picture perfect bottle tailored to the Western nightclubbing market. With a very delicate taste, it has been referred to as ‘the world’s purest alcohol drink.’

For anyone seeking out an authentic Japanese experience that’s free from the overpriced and pretentious offering crowding the market, Sushi On Jones is the fun, informal and incredibly delicious experience you’ve been looking for. And make sure you’re hungry!

All imagery courtesy of Sushi on Jones