In search of London’s Opium, Chinatown

It is, perhaps, a little trite to suggest that the denizens of London have had their struggles with opiates in the past. From Phileas Fogg missing a steamer due to his French valet Passepartout being drugged to Sherlock Holmes hiding out as an old man in an East London opium den, the mischievous poppy held a certain fascination in the mid-19th century. 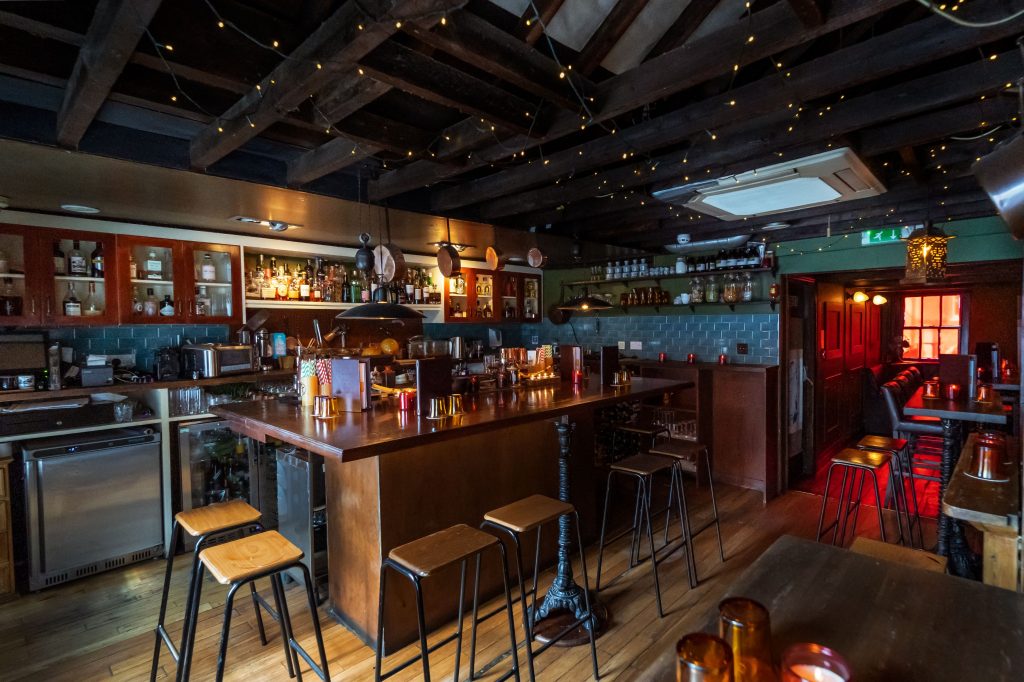 These days, the top online search result for “Opium London” leads you to a jade green door on Gerrard Street. While I doubt Sherlock ever used Google to find his supplier, and hasten to add that I’ve never knowingly visited an opium den, your initial impression – a doorman and a winding dark staircase leading above a Chinese restaurant – may suggest you’ve stumbled into a house of sin and not a chic 1920s inspired cocktail lounge. Fortunately, at the top of the stairs, you will be greeted by a charming maître d’ and a choice of three bars. 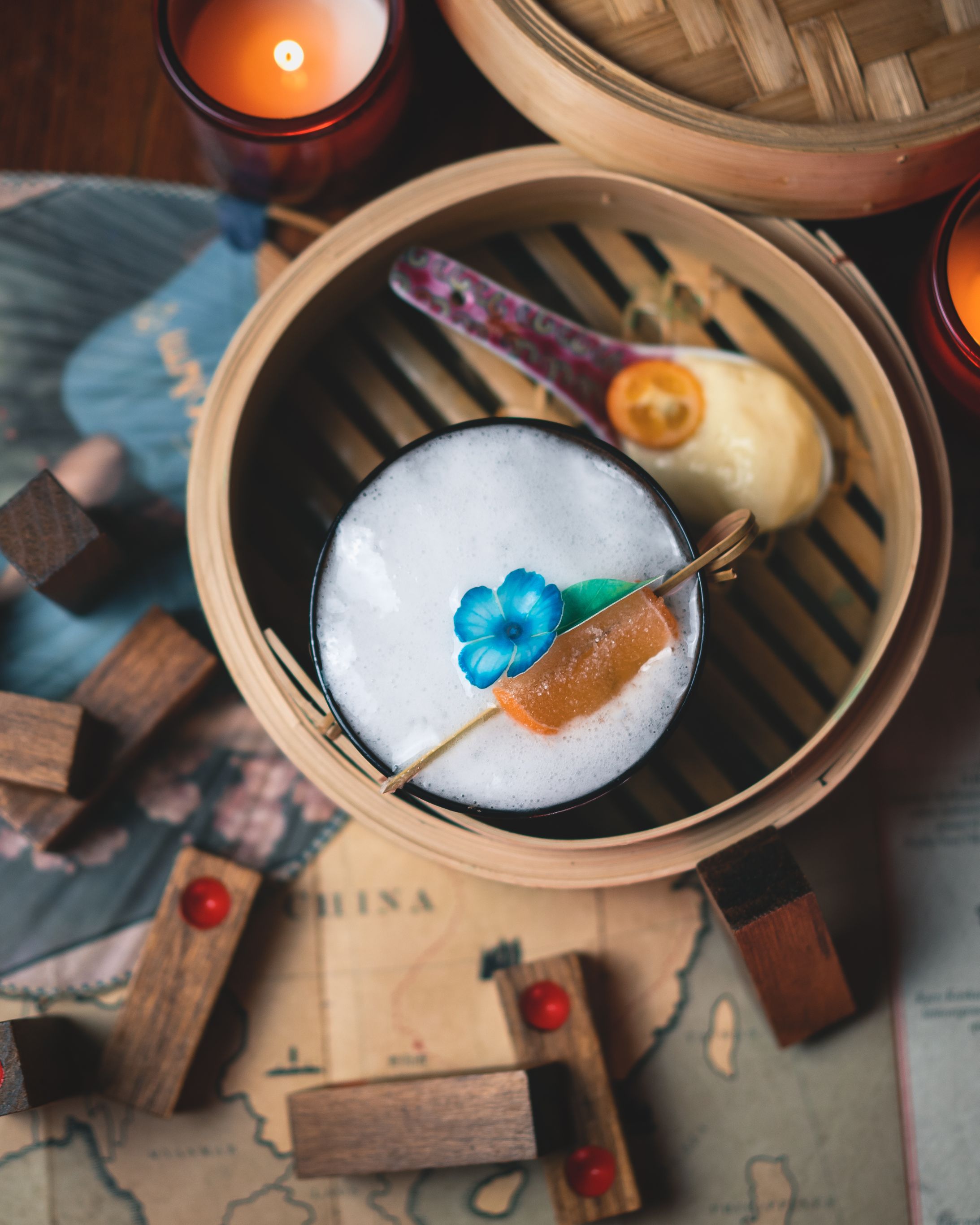 We started in the more intimate Peony bar at the back of the building. A small room dominated by an imposing pagoda-inspired bar, a surfeit of red lanterns and a menu based on a tour of China with a drink inspired by each of ten cities. Here, Guiyang (winner, “best-performing city in China 2016” and famous for the subtly named ‘Drinking Street’) is represented by a sticky foam topped combination of baijiu and kumquat liqueur served in a bamboo box alongside a generous spoon of a tropical fruit custard – a hyper-sweet and sour drink that is redeemed by the vegetal forest floor topping of chestnut foam. 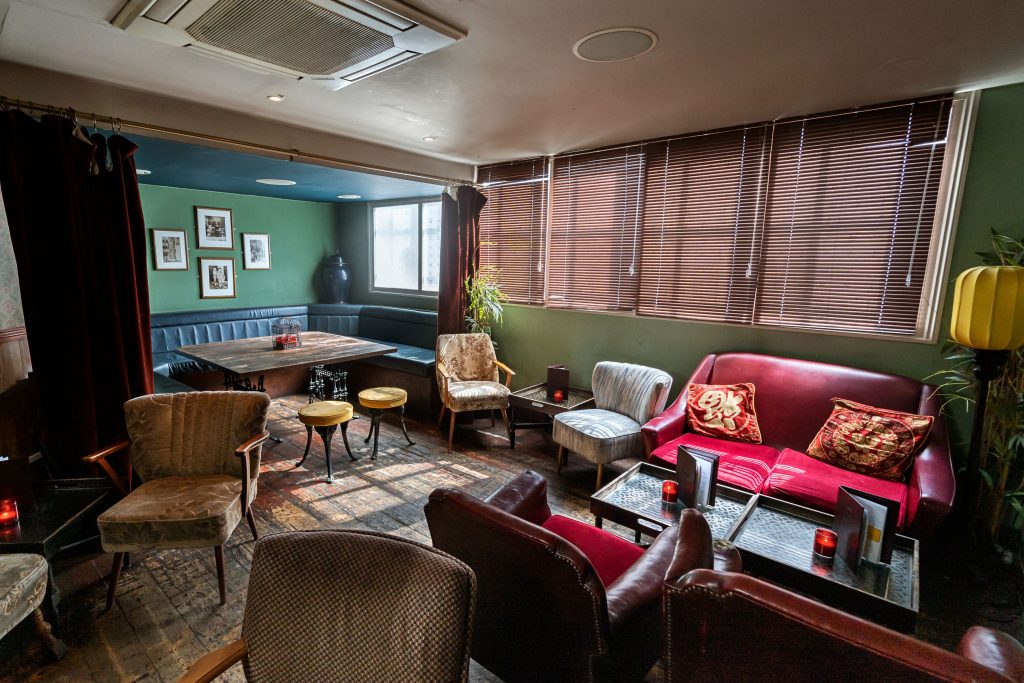 For a more western palate, Hong Kong (home to more Rolls Royces and billionaires per capita than anywhere else on earth) is illustrated by a refined Sazerac variant of 1er cru cognac, single-batch Earl Grey tea, sake and peach. A combination of citrus notes provided by the lemon balm, orange flower water and bergamot stand up well to the rich, aromatic and slightly limey brandy.

At the front of the same floor, the Apothecary Bar is, as you’d expect, accessorised with dark jars of apparent pharmaceuticals – Laudanum and various other tinctures of opium no doubt. Despite this, the menu is inspired by Feng Shui and not narcotics, promising a Chinese stimulant to lead you to whatever you seek, be it wisdom, wealth or simply marriage. 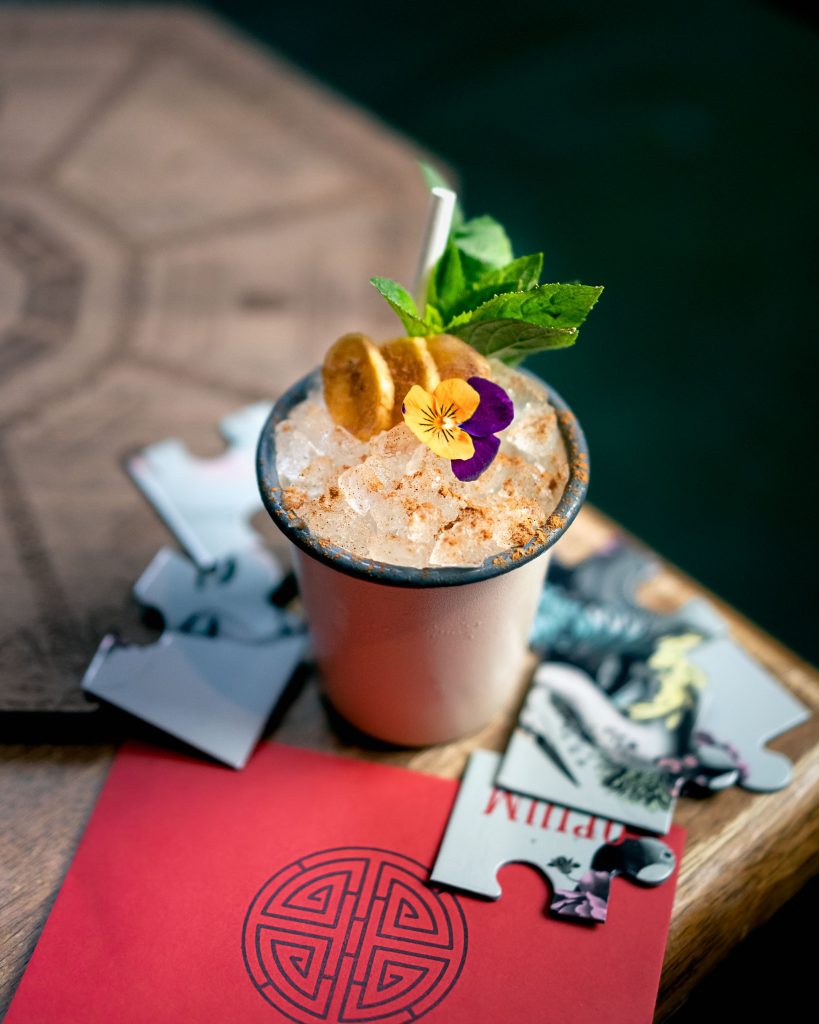 The Visionary, which provided sufficient creativity to allow me to finish this feature, was surprisingly rounded for a drink based on corn whiskey and dry sherry, with a hint of tiki provided by the subtle touch of banana and ginger and a smooth yoghurt float, while The Herbalist, which promised good health, was somewhere between a Last Word and a White Lady. In the latter, the sharp sherbet of gin and citrus was mellowed by the grassy, vegetal notes of chartreuse, aquavit and goji, and provided a perfect contrast to the giant salty dumplings served up as snacks. 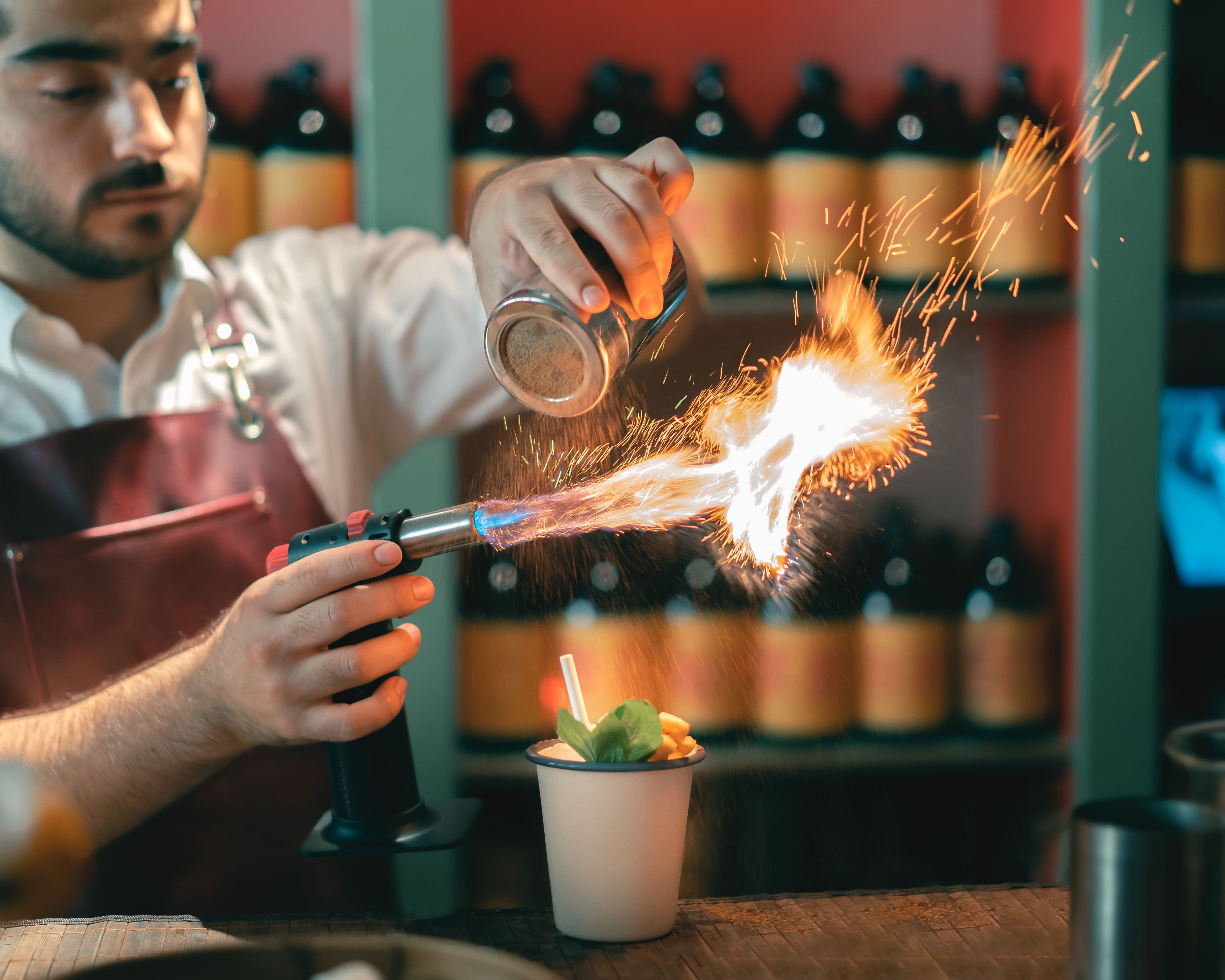 After all this, you may indeed leave in a stupor, replete with Sui Mai, Char Siu Bao and Har Gau, but will nonetheless retain enough of your critical faculties to solve the most inscrutable mystery – where do they find prawns that large?

To book and discover more about Opium, visit: opiumchinatown.com