This summer, Balblair has partnered with internationally acclaimed Scottish photographer and director David Eustace to create a film to celebrate ‘Precious Time.’ The film explores the story of the distillery founded in 1790 and the unique role that time plays in each drop of whisky.

We spoke to David Eustace and John MacDonald (Distillery Manager at Balblair) to hear their thoughts and inspiration behind the film. 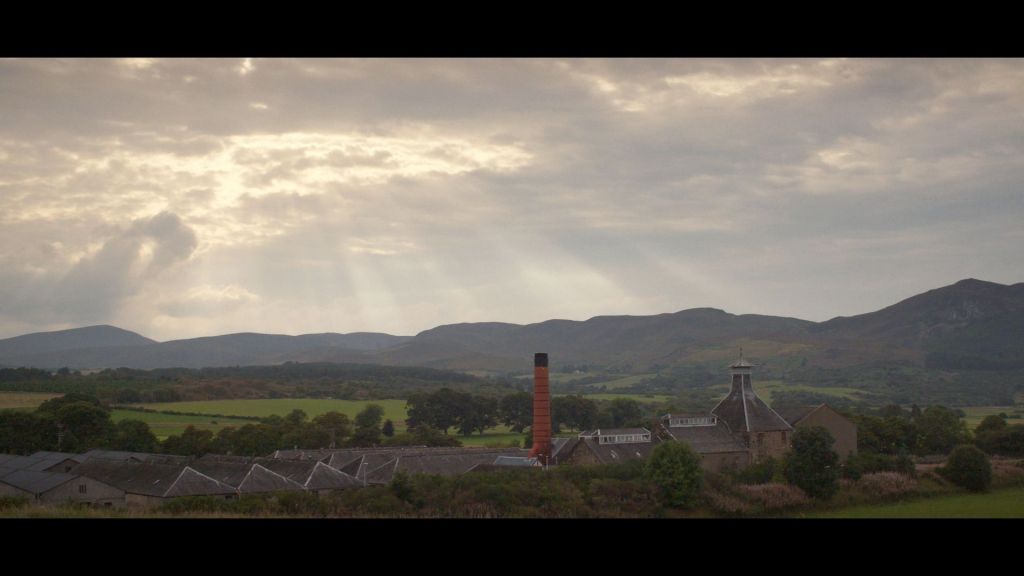 DAVID: “I had been introduced to Balblair and the Distillery Manager, John McDonald through a friend. On my first visit, I was overwhelmed by the respect Balblair had for time. I found a unique perspective on their unhurried approach to creating whisky. Embracing ‘Precious Time’, began to feel synonymous with Balblair.

John and my initial conversations uncovered a mutual appreciation and perspective for how time impacts us, which led to me being entrusted with the writing, creation, and the direction of this film. Then came the pandemic – the ultimate time test. It was interesting to see how, without the pressure and relentlessness of everyday life, we were all forced to slow down.

Now the world is coming out of isolation and restrictions, we are all ready to escape and savour all the things we’ve not been able to do. I think we move back into normality with a new-found appreciation of time and to embrace those moments that may have flown past us previously.

Through making this film, I’ve not only been given the opportunity to take in the immense beauty of the Scottish Highlands and deliver it to the world, but also to communicate the sentiment of how precious moments in time truly are.”

JOHN: “I had met David many times before we discussed Precious Time and we instantly had a lot in common; heritage, humour, pride and appreciation of things that really matter.  I felt that David instantly got what Balblair is all about as soon as he stepped foot on the distillery, and this led to Precious Time.”

With so many ways to drink whisky, how should Balblair be ideally enjoyed?

DAVID: “It’s not for us to tell someone how to drink Balblair, our hope is that they enjoy it in good company. Enjoying whisky is a personal occasion and should be enjoyed however the drinker prefers. Personally, I enjoy Balblair with a touch of water.

This personal journey of enjoying Balblair is something I explored in the Precious Time film by deliberately ending the short film in the moment just before John drinks. I wanted to really highlight that beautiful moment of hesitation and anticipation that comes before you take your first sip of Balblair; that for me is such an essential part of enjoying whisky.”


JOHN: “It ultimately depends on personal taste and of course on the whisky. For me, the only addition to consider is a little water, I like to enjoy the Balblair 12 Year-Old with a little water and that’s all. It is entirely up to the person drinking, but I wouldn’t advocate a mixer. I feel it would be such a shame to hide all the wonderful Balblair flavours.

As a rule of thumb, a high ABV (46% or above) will take a drop of water well, as well as a young whisky; both will be opened up with a little water. Whereas the older whisky you tend to find that it will have more viscosity and so adding water will not benefit the taste like it does with younger expressions.”

What is the most unusual pairing you have tasted with Balblair?

JOHN: “I’ve been lucky enough to sip Balblair alongside some amazing food combinations over the years, I think a dram will always pair well with food and whisky and food pairing menus are something that I would encourage many to try. For example, our Bourbon cask matured 18 Year Old will work well with spiced, richer Autumnal slow cooked dishes, and our 12 Year Old with a crème Brule is perfect to bring out the delicate sweetness of the dram.” 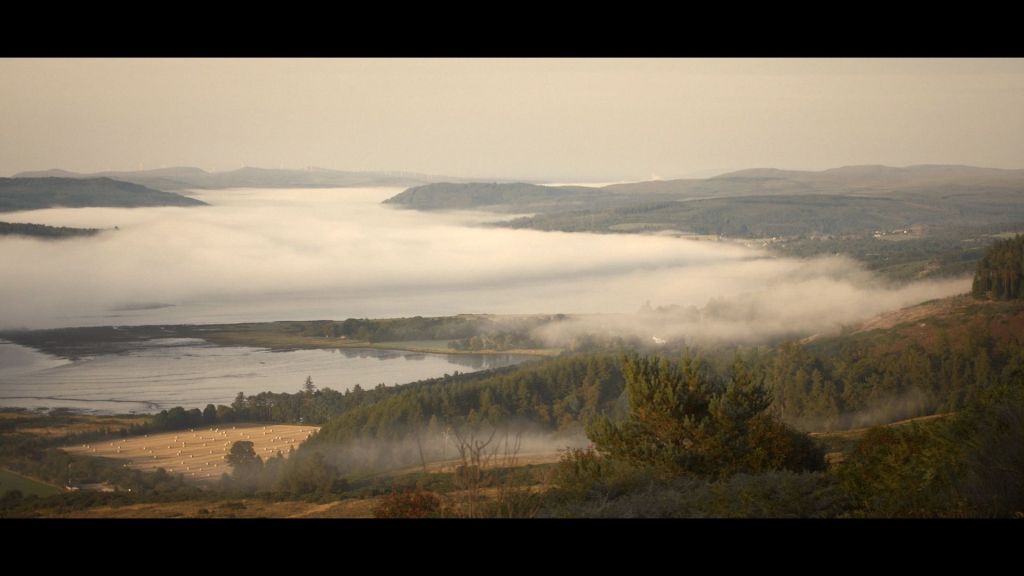 The Precious Time video beautifully captures the Scottish Highlands. How did the collaboration come to fruition?

DAVID: “Having visited Balblair’s distillery many times and getting to know John, I’ve always been struck by a feeling that time there passes quietly. There is a real sense of their hope to achieve the perfect single malt. The importance Balblair places on time and taking things slowly, really inspired me. The traditions and values that Balblair lives by show that a slower pace of life and a focus on savouring life’s moments – big and small – really felt like an important message for me to highlight.”

JOHN: “I love what David has achieved with Precious Time, and he even managed to get me to be in the film, which is the most impressive thing, I think. It’s a really special film, and it was also just such good fun and a nice experience to film – I’m just waiting for my BAFTA in the post now!” 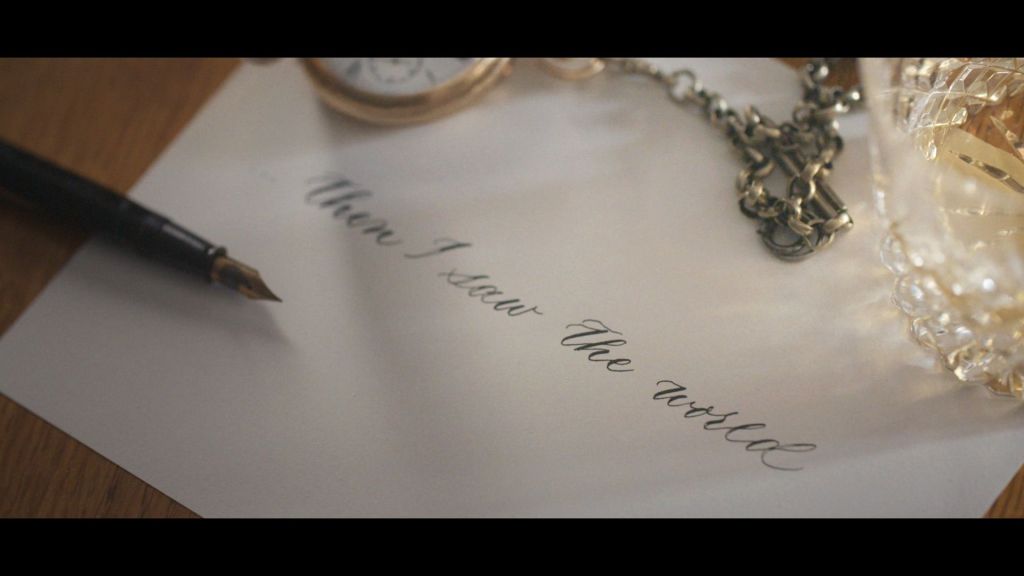 There is a scene in Precious Time where John is writing a letter. What was the inspiration behind this powerful scene?

DAVID: “It takes time and effort to sit and write a letter. The letter is a beautiful way to highlight the importance of consideration. There is a tactile quality connected with writing a letter, too.

Our day-to-day lives thrive on fast communication. The immediacy of social media, text, video calls give us a level of connectivity that we have never known before. But living in this fast-paced environment often means there isn’t opportunity to immerse ourselves in seeking out those moments to really enjoy. But swap out one of those communications and put pen to paper and the impact is quite different, for both the author and the recipient.

The letter John writes in the film is a vehicle to highlight the value of the personal touch and the considered time taken to create it. Likewise celebrating a malt whisky given equal respect and one John’s proud to associate his name with.” 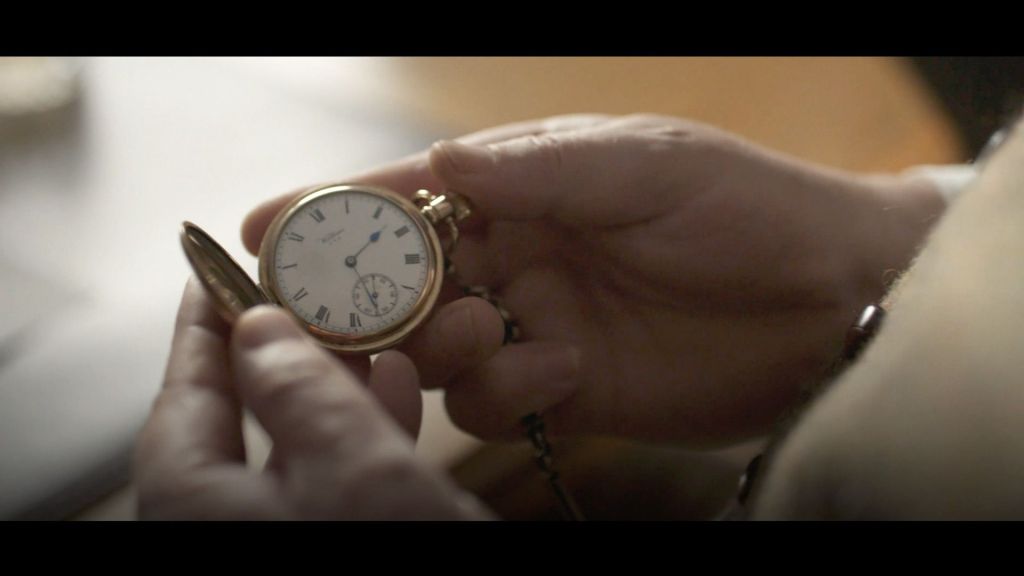 What does ‘Precious Time’ mean?

DAVID: “Precious Time means different things to different people. Time passes slowly at Balblair. The distillery embraces this in everything they do, so the whisky will never be rushed. Their quest for perfection is endless so they can share their very best single malt with the world. Everything is taken at a slower pace, without compromise.”

JOHN: “A respect for time is a must in whisky production, and we never manipulate or control it. For me, ‘Precious Time’ is about appreciation; the anticipation before the whisky touches your lips and savouring that moment in time.”

The film Is beautifully shot. How did you find the locations?

DAVID: “There is a feeling of timelessness when visiting the Balblair Distillery and the surrounding landscape. You really don’t have to look too far to discover the beauty of the distillery’s unspoilt setting in the Scottish Highlands.

The Balblair distillery has been a figure in the landscape largely unchanged since 1790, which itself is timeless.  The surrounding land provides key natural ingredients to create the whisky. Each spot in the film has a connection to Balblair. One location is the Struie Hill viewpoint which showcases the rolling hills that lead seamlessly to the sea. It is a vista that has been appreciated by generations past. We pay homage to the importance of a moment, enjoying the time and how precious it is”

How did you find the challenge of fitting so much into a short film?

DAVID: “It was important for me that the film never felt rushed and felt like a testament to time itself, considering the precious nature of the viewer’s time.

An unrushed approach to their craft is key to Balblair’s success, and this is something that the film aims to communicate. I also hope that the film encourages the audience to reflect on their own concept of time and find those moments to savour for themselves.”

What is next for Balblair?

JOHN: “To keep on being a world class whisky producer. Maintaining the quality of the whisky and the quality of our spirit, people and the distillery, which are what makes Balblair truly unique.”

DAVID: “Continuing to take pride in our heritage and developing friendships with people around the world through our whisky. I’ve been very fortunate to work with such a special brand, and I look forward to the future, taking Balblair forward whilst never losing sight of our values and connecting with likeminded individuals.”

All imagery courtesy of Balblair.