Pretty Woman is that classic story many of us fell in love with in 1990 and is one of those films that make an easy watch over a glass of something. The premise is simple. Handsome businessman picks up a sex worker for a week and they fall in love. 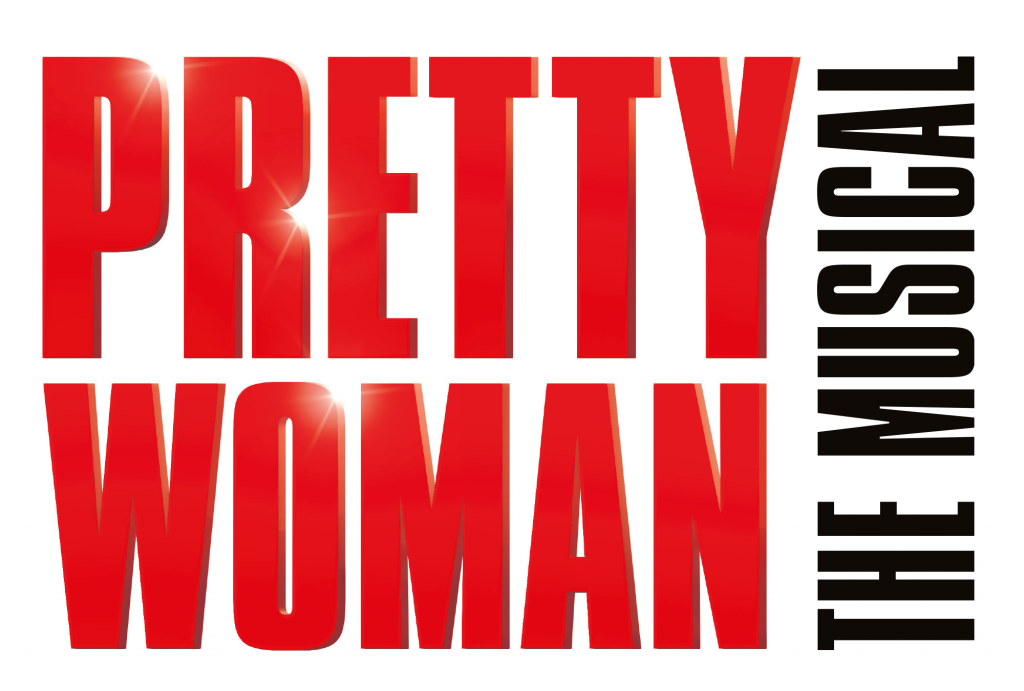 The score by Bryan Adams and Jim Vallance features some catchy original songs as well as the 1964 song by Roy Orbison. I really enjoyed the up-tempo pop-rock songs ‘Welcome to Hollywood’ and ‘Rodeo Drive’. 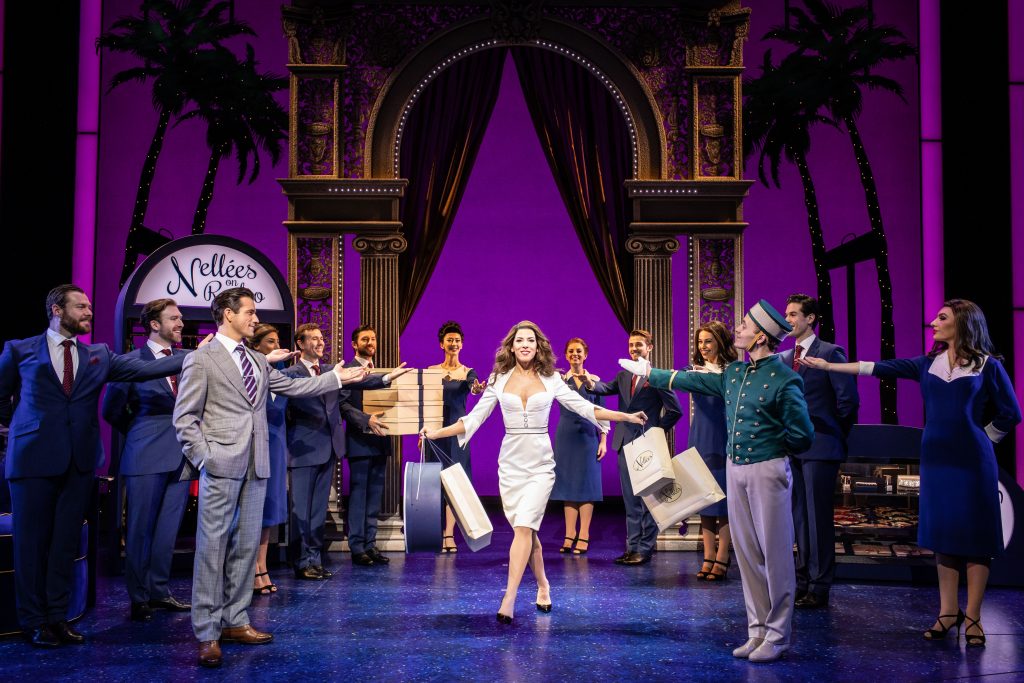 Danny Mac (Edward) and Aimie Atkinson (Vivian) star in Pretty Woman. Danny is handsome and carries off the early 1990s businessman Edward well and his eyes tell a whole story of his love for Vivian. Aimie’s Vivian is sexy, smart and energetic. Her song “I Can’t Go Back” shows off her big, pure voice in a tender moment. Their chemistry is a delight to watch especially when Vivian delivers that classic line, “I appreciate this whole seduction thing you’ve got going on here, but let me give you a tip: I’m a sure thing.” 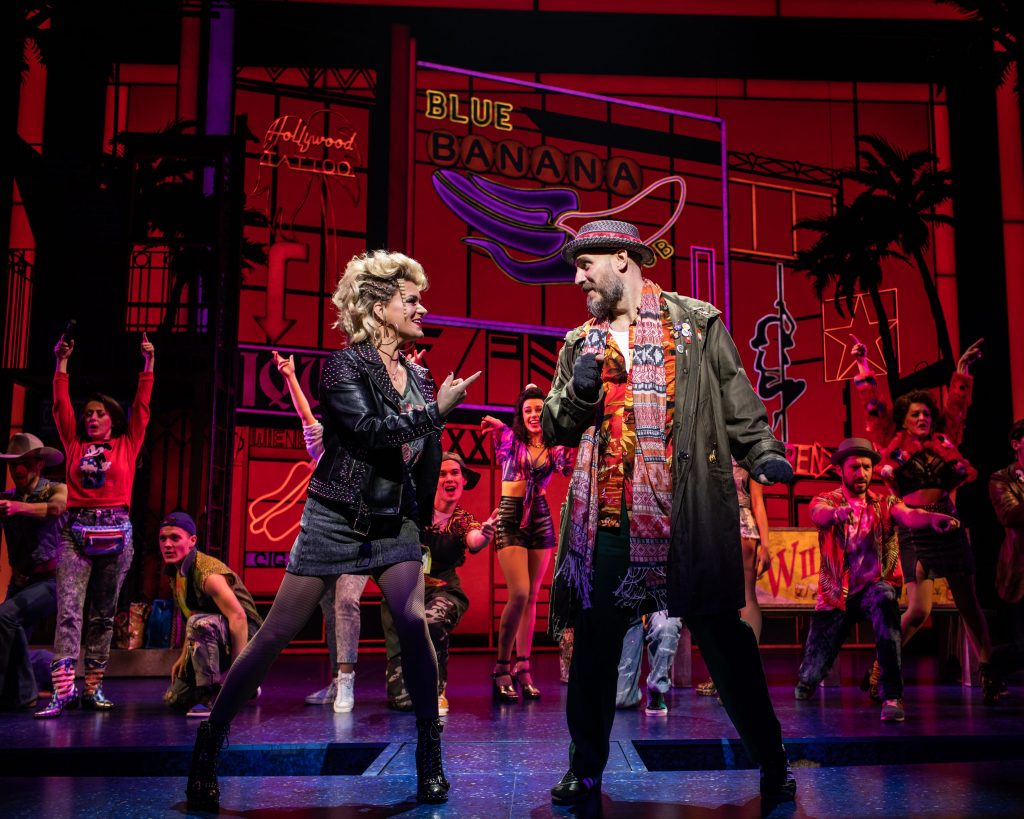 Bob Harms really shines in his double role as the hotel manager and a figure called Happy Man. This triple threat of an actor goes through multiple costume changes, characters and emotions. One minute he is narrating the tale and the next he is gliding through a show-stealing ballroom dance scene with Alex Charles’ funny and rather cute lobby boy Guilio. 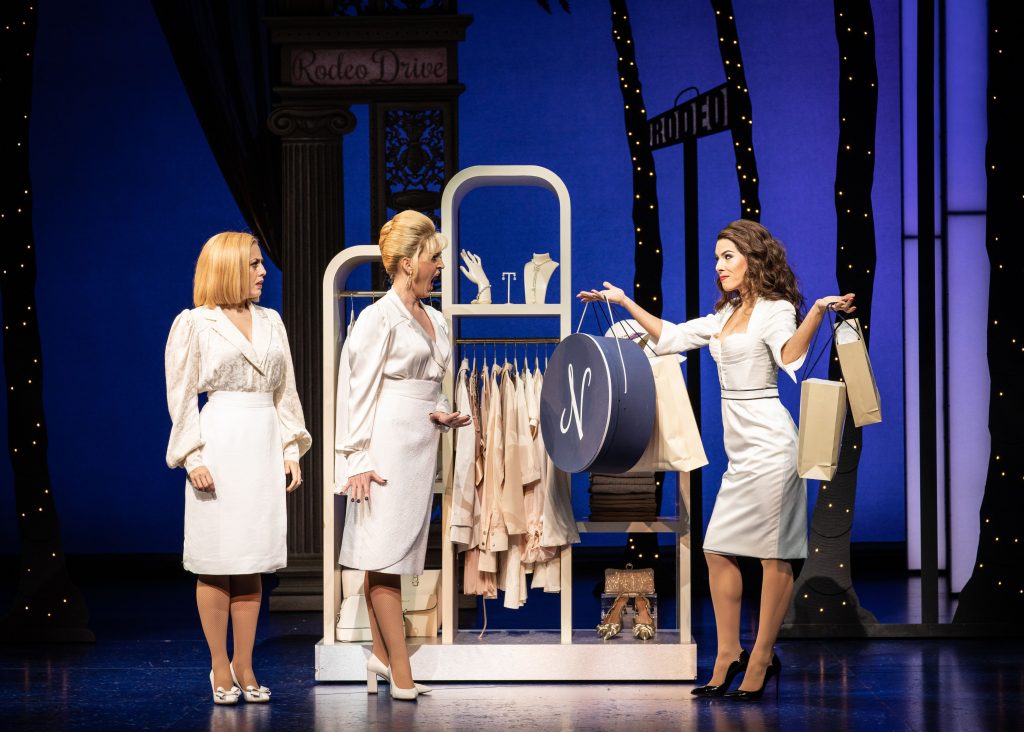 The costumes and wigs really bring 1990s Hollywood to life with those sharp suits, oversized mobile phones and big, blonde hair that were the order of the day. The Vivian outfits in Pretty Woman are idolised by many worldwide so while it might be a film that turns prostitution into a fairy tale romance, the dresses remain very much iconic including the red dress at the opera and that polka dot dress. 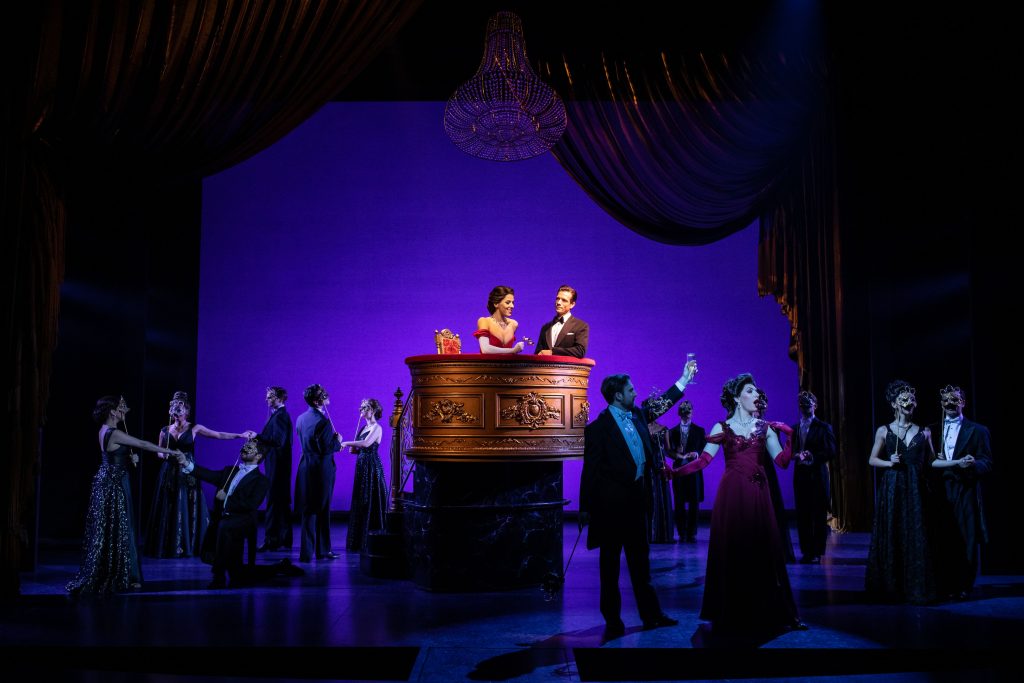 The opera scene – This scene reminded me of the opening of The Lion King minus the animals. Perfection. In the film, an old lady at the opera asks Vivian if she enjoyed the opera. Vivian responds: “It was so good, I almost peed my pants!” Gosh Vivian, I know how you feel. We watch Vivian and Edward at the opera as Kimberley Blake (Violetta) blows us away performing an extract from La Traviata with every single member of the company on stage in this scene. 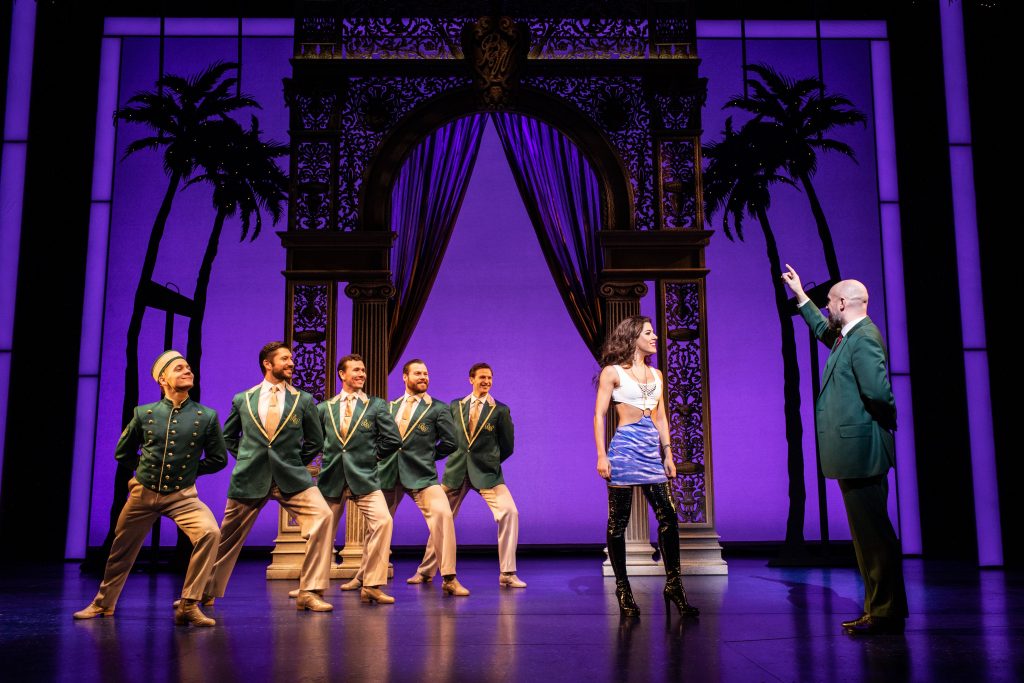 This isn’t a musical that is going to clean up at The Oliviers but we couldn’t stop smiling all the way through. Yes, you will get to sing along to the iconic song Pretty Woman (at the end) but don’t just come for that. There is a lot of love and fun in this show – something we will need a lot of this year!

You can watch Pretty Woman live at the Savoy Theatre.