Roast chicken, Poulet rôti, or French roast chicken, is a classic of the Franco culinary empire and a benchmark of any accomplished chef or home cook.

It was Julia Child who once said, “You can always judge the quality of a cook or a restaurant by their roast chicken.” A bold statement, however, it does reflect certain historic reverence for the fowl, which in France, is seen as the best of all birds. There are numerous gurus of the craft, as well as buzz-worthy home hacks, from spatchcocking to brining to using a hair dryer to ensure a crisp skin and juicy meat however, Cocotte opts for a style which truly maximises flavour. 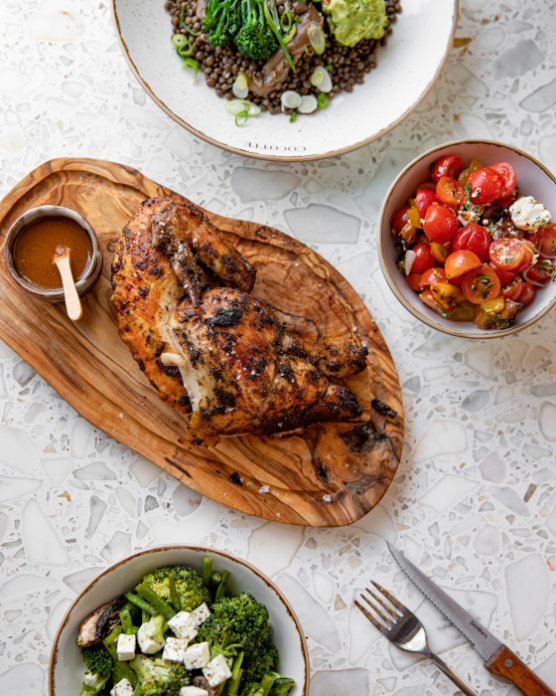 We’re told Cocotte offers some of the very best rotisserie chicken outside of France, by our incredibly enthusiastic waiter. These Free-range chickens come from Evron, in Pays de la Loire, France before being marinated overnight in Herbes de Provence – a blend of thyme, oregano and rosemary – and vibrant, ground spices such as paprika; Cocotte’s foundation flavours. The chicken is then slowly roasted, before being finished on the spit. A combination of techniques Chef and Founder, Romain Bourrillon picked up in the starred kitchens of Villa Lauraine (1*) and Le Chalet de la Forêt (2*).

We started our night out with a couple of cocktails, as it would have been rude not to on a pleasant summer’s eve. The terrace was full upon arrival so we sat inside (because we can now) and both enjoyed a rum old fashioned, which was fragrant with orange, punchy and slightly medicinal in flavour.  Wines come from a carefully curated French list, alongside a short menu of cocktails, designed with food matching in mind. 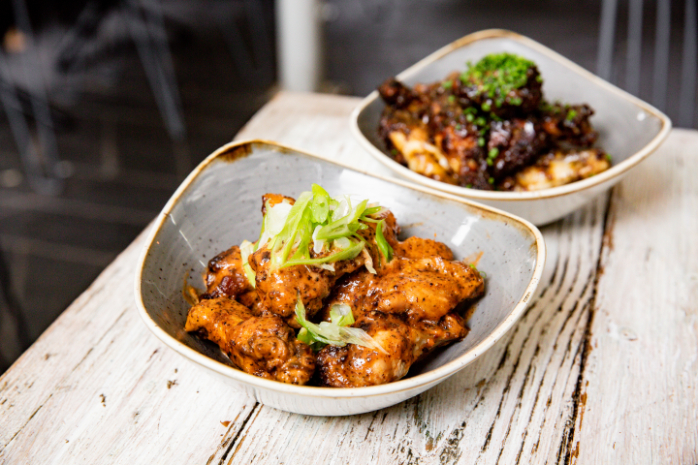 Aperitifs served, we opted for BBQ chicken wings, perhaps not the best choice if on a date, well unless you are happy to get down and dirty early on, as the wings are abundantly covered in a rich BBQ sauce, as finger licking good as a certain colonel. The menu is unashamedly French-inspired with dishes such as Foie Gras and mushroom croquettes. The Foie Gras croquettes were divine morsels of unctuous delight; you will only wish you had ordered more. 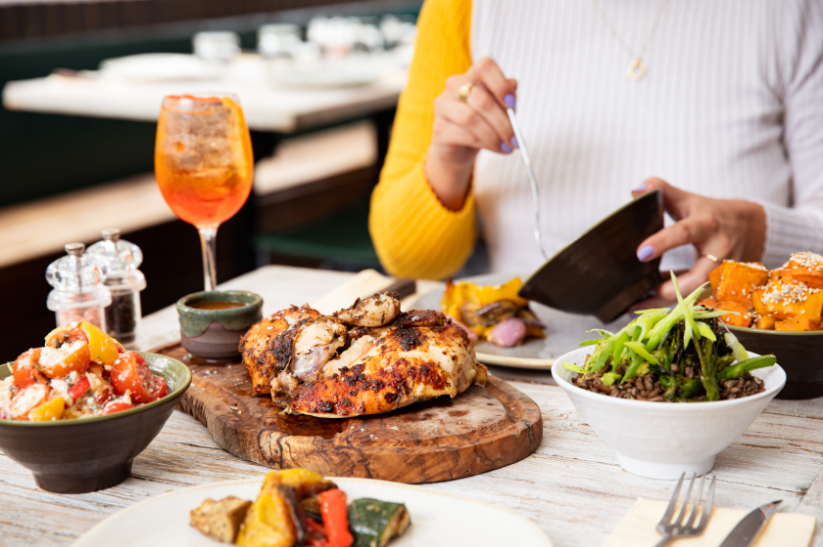 For mains, it had to be roast chicken. Half a rotisserie chicken was wonderfully moist and tender, and the skin crisp and flavoursome; undoubtedly Julia would of approved. We selected some of the eight available sauces to accompany our chicken, Cocotte’s gravy, tarragon mustard and the suspiciously vague ‘spicy’ (which delivered) all made in house from family recipes. 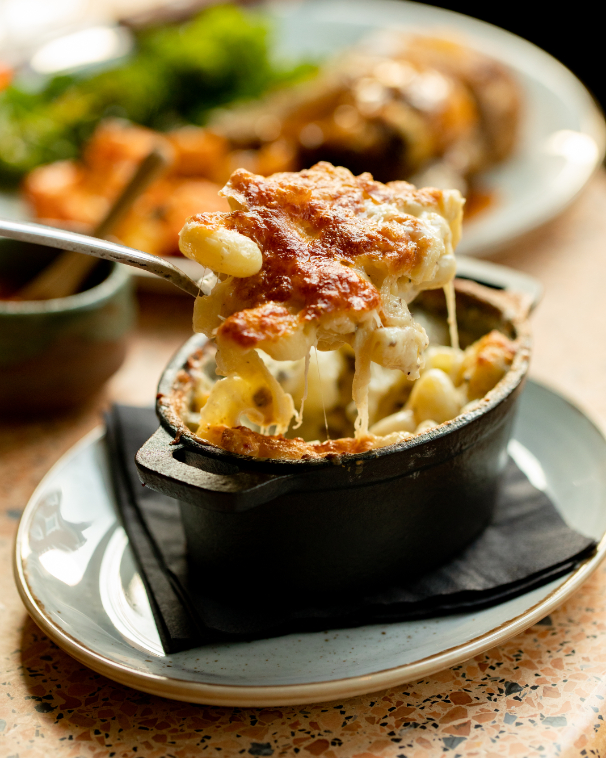 Who doesn’t order a truffle mac ‘n’ cheese if available? We were no exception to this norm however; Cocotte ratatouille and creamed spinach both held their own and tasted fantastic.

Cocotte is a wonderfully swish neighbourhood spot, and if the litmus test for measuring a restaurants worth is by the execution of its roast chicken cookery, then this east London iteration of the popular west London flock is très bon!

All imagery courtesy of Cocotte