A Scottish Staycation at Kinloch Lodge

If your childhood was anything like mine – nose in a book, head in the clouds, feet in suburban south London – you may have dreamt of school holidays spent in the imposing country home of a distant relative. Perhaps you were luckier than me, and a second cousin or a great aunt owned such a house, preferably somewhere wild and remote, with a wardrobe that may just have been a portal to another world.

Your arrival, usually late at night, would have involved a dramatic turn, preferably through gate posts and down a long and rambling driveway that would sweep you up to the house with a reassuring crunch of gravel. If your childhood never looked or sounded this idyllic, fear not! You can get an almost identical feeling with a stay at Kinloch Lodge, your destination for a luxury home-from-home staycation on the Isle of Skye. 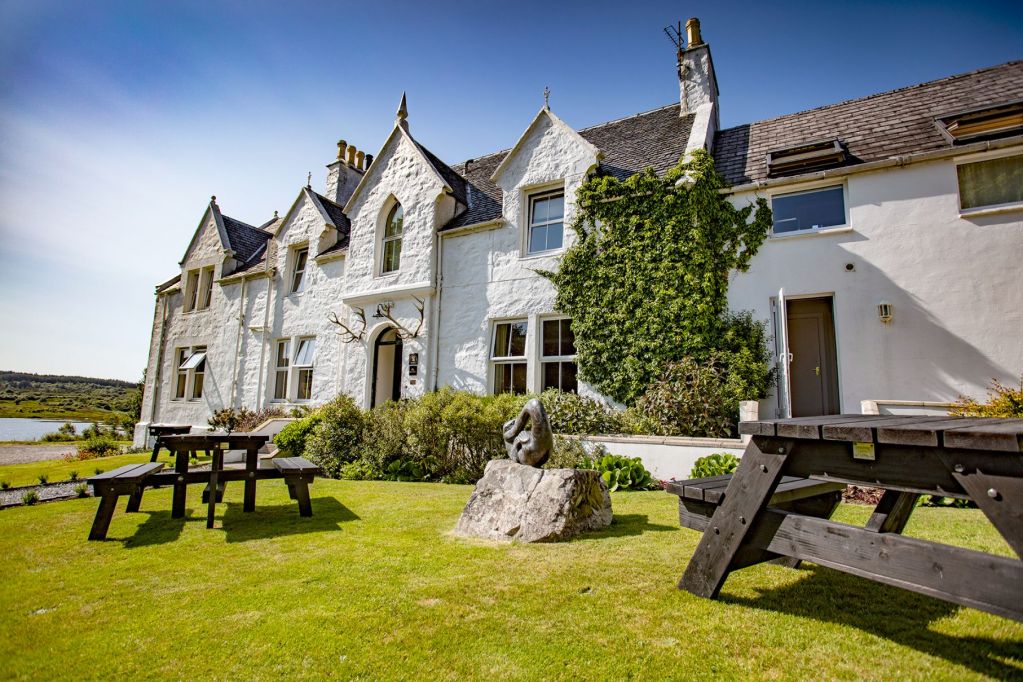 The Most Beautiful Setting

Having approached by both sea (the hotel provides moorings for visiting yachts) and road, I’ve come to the conclusion there is no dull way to arrive at Kinloch. From the sea, the white house stands out against the olive green of the hills behind as you coast up Loch Na Dal. From the road, the jaw-dropping scenery of the drive from Broadford to Armadale may just be so striking as to cause you to miss the white pillared turning to the 16th century former farmhouse that became Clan MacDonald’s hunting lodge some two hundred years later. 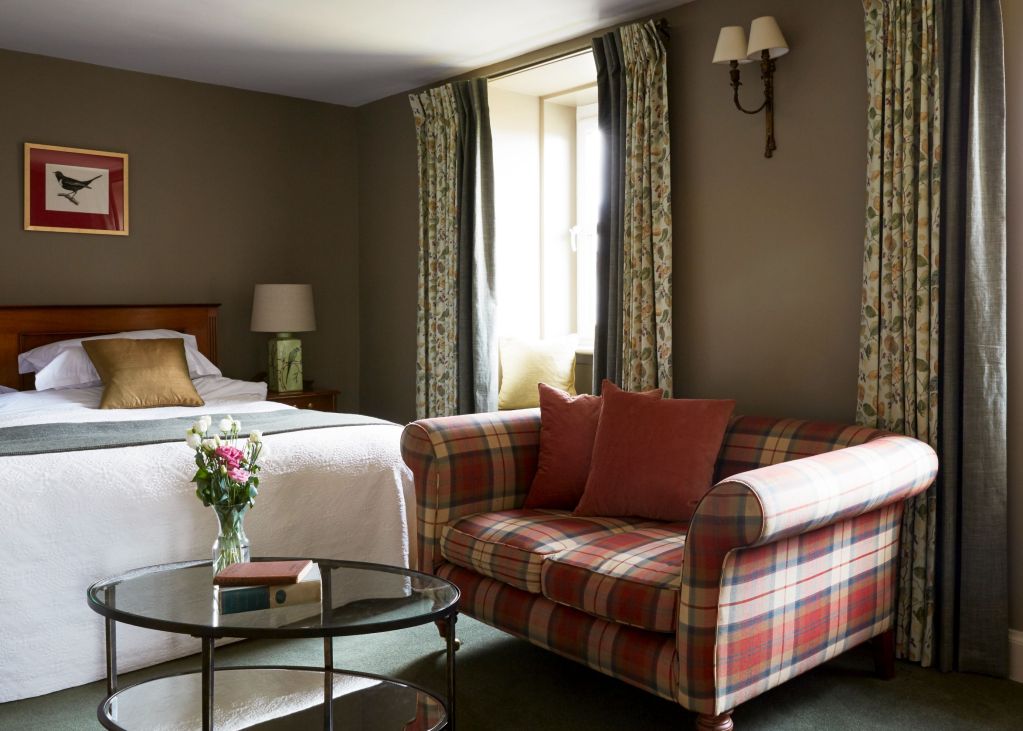 Still in the Family

It was this lodge that was converted to hotel in 1972 by the 8th Baron Macdonald of Sleat and his wife Lady Claire Macdonald, whose books of rural-living-inspired recipes have appeared in almost every kitchen in Scotland.  Fifty years on, it is now run by their daughter Isabella who takes great pleasure in welcoming discerning guests to her ancestral home.

The rooms, either in the original building or the newer south lodge, are individually designed and finished with artwork and antiques from the family’s collection.  You may find an old oil painting of a ferocious clansman, or framed letters from key events in the family’s past. Like the sort of touches you might expect in the rambling home of your imaginary aunt.  The suites are of a grand size, with several offering views down Loch Na Dal, which can be enjoyed from a king-sized bed with a tweed headboard made by local weavers. 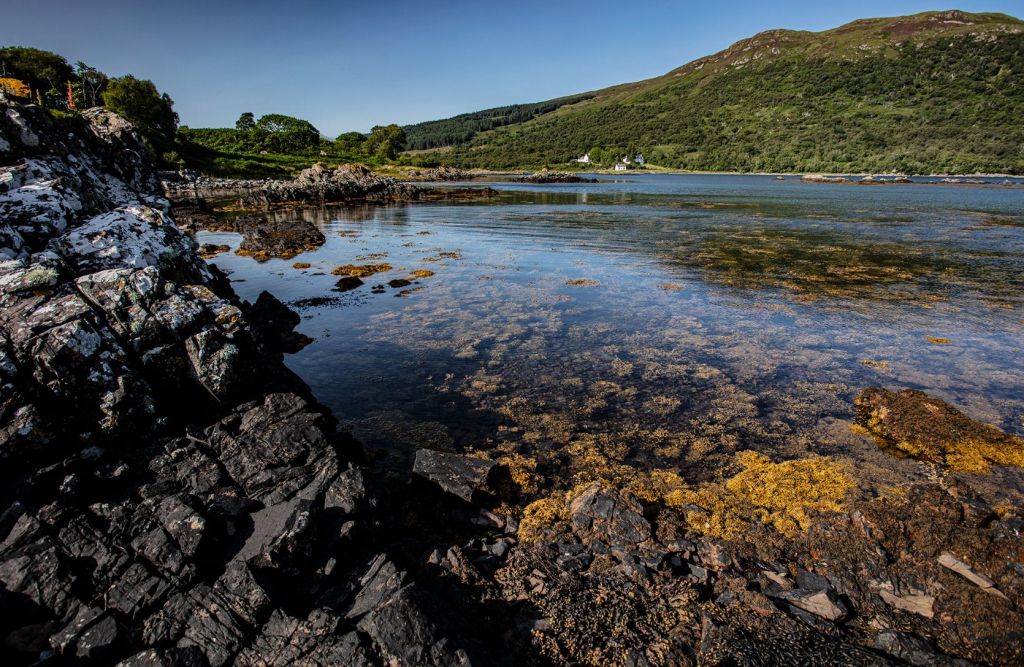 Working with the Seasons

Head chef Jordan Webb joined the team in mid-2020 and has taken a fresh look at the food offering – always so central to the Kinloch experience. With some of Scotland’s finest produce on the doorstep, the menu is seasonal, fresh and inspired by the day’s weather, or the results of Webb or the guests’ regular foraging trips on the surrounding land and seashores.

On our first night, Highland beef is presented in long tongues of sweetly smoked carpaccio with a punchy horseradish emulsion and a rainbow of leaves from the kitchen garden.  The lobster from nearby Loch Brittle has barely had time to notice it was no longer under water before it finds itself as meaty chunks encased in a thin skin of pasta and topped with pearls of caviar.

For the main course, the venison loin (from the north of the island) is buried under a cascade of foraged brambles which provide a tart note to cut through the earthy girolles which are still shaking off the memory of the soil from the woods behind the hotel, while Portee hake arrives like a stark white cliff edge over a sea of tender stem broccoli and parsnips.

Dessert, in front of the fire (the nights were fair drawing in after all) brought a wedge of a pale chocolate ganache which I paired with the sherry-rich and peated Kilchoman Sanaig single malt, allowing a touch of chocolate raisin and light citrus and spice to bring even more depth to the ganache.

On another evening, the same fishermen of Portree provide the mackerel for an escabeche with radish and a local lovage aoli, while a large Duplo brick of crispy rabbit is partnered with red cabbage ketchup and confit Jerusalem artichoke. To follow, we had a beef tenderloin, with crispy ox tongue and a ripe salty blue murder sauce sang alongside a 2014 Moulin-a-Vent, which offered liquorice and blackberry on the nose, before a rose-lavender and briney palate. 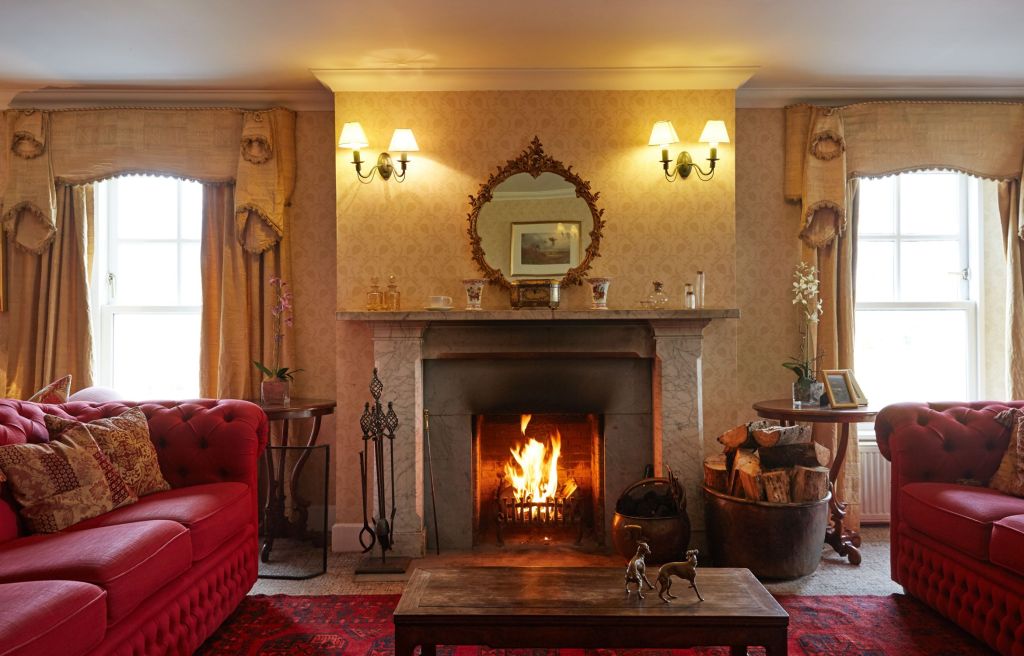 Of course, to cope with this spread of the finest home cooked comfort food, our days had to be filled with exertion.  You may not get to chase satyrs and ice queens through the rolling hills of Narnia, but fortunately Skye offers walks and climbs to fill your lungs with fresh air.  For those of a more adventurous bent, a wilderness experience with Kinloch’s own ghillie, Mitchell Partridge, a trained marine mammal medic and “part of the family for more than 20 years” will introduce you to the non-mythical inhabitants of this glorious isle.

Partridge’s knowledge of, and love for, Skye’s landscape and wildlife is second to none, and his passion for the island is infectious, whether he is taking you deer stalking on the hotel’s estate, fishing in the crystal-clear streams of the Sleat peninsula or foraging and cooking in the hills and woods behind the hotel.  His wildlife walks now also form one of the cornerstones (alongside a visit to the ancestral home of Clan MacDonald, foraging for your dinner with head chef Jordan Webb and a tour of the nearby Torabhaig distillery) of the hotel’s golden anniversary package – new for 2022 – that has been launched to celebrate fifty years of luxurious accommodation in this family home. 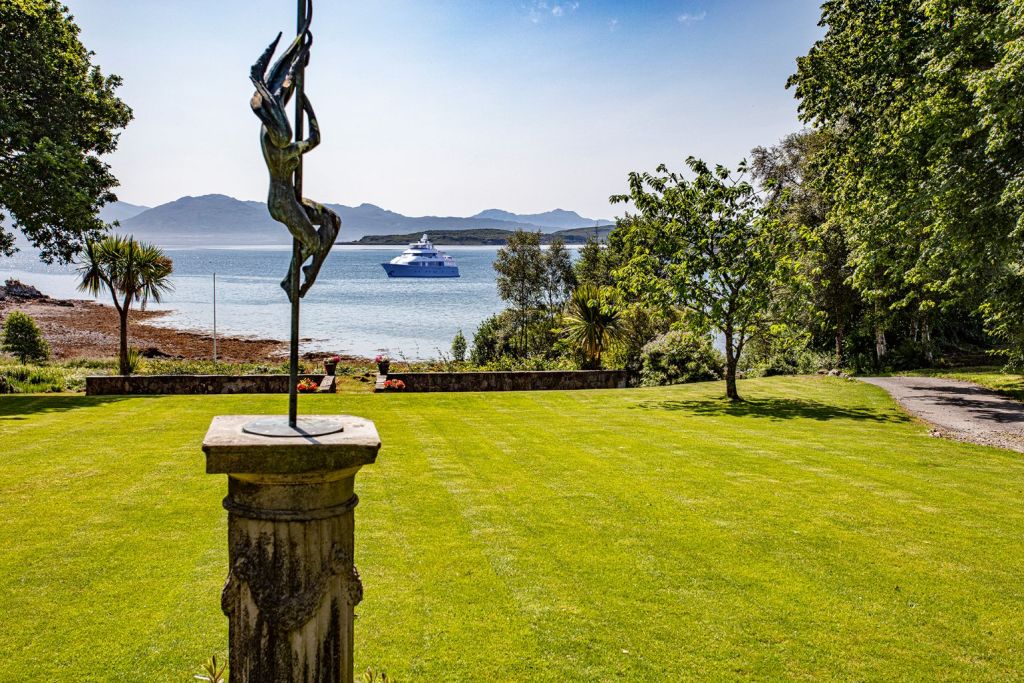 And it is this sense of family which really brings the luxury to Kinloch.  It is more than just the lashings of familial history that adorn the walls.  It is the warm welcome to new and returning guests alike, the enthusiasm and passion of the staff (most of whom live on site), and the warmth of the owner, for whom these buildings mean so much.  You may not find the eccentric aunt of your childhood reveries, but you will find the chance to get muddy during the day, and the chance to unwind and be well fed by night.  Just don’t press too hard on the back of the wardrobe, because then anything could happen.

All imagery courtesy of Kinloch Lodge.