Hidden away in a secret bar just a few moments from London’s famous Marble Arch, you’ll find one of the largest Japanese whisky collections in the UK – and some of the most showstopping cocktails we’ve ever had the pleasure of tasting. The Malt Lounge is a whisky bar in The Prince Akatoki London, a Japanese inspired five-star hotel in Marylebone. From the outside, you’d never guess the bar was there, but we know otherwise. 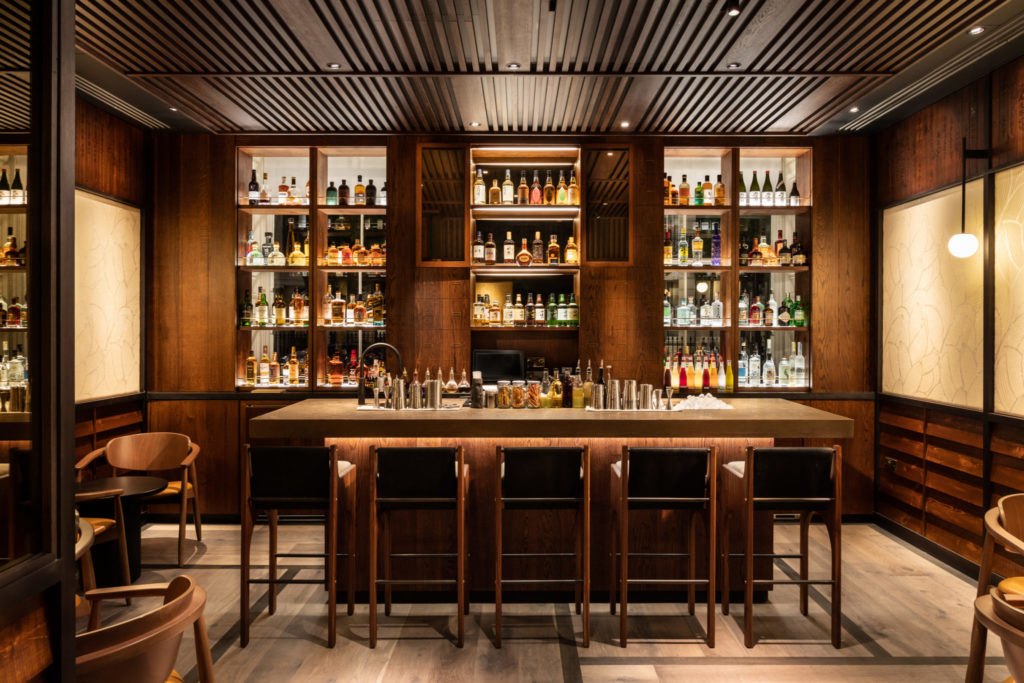 When you walk in, you’re instantly transported to a place of calm. There is soft music playing, as a sweet-smelling fragrance – the hotel’s own signature scent – pleasantly hits you. The same ambience continues as we’re led down the corridor to the bar. It’s after 6pm so the space has been fully turned into a low-lit drinking den. It’s dark, intimate and moody, as you’d expect a proper whisky bar to be.

However, this room has a double function. In the daytime, the traditional Japanese shutters slide back and you can enjoy a unique East meets West afternoon tea. You can even lock away your own private bottle of whisky in the bar’s vault. This is reserved for the rarest whiskies, which can cost up to £9,000 a bottle. Some of the whiskies in the Private Cabinet Whisky Reserve are so rare they can’t be found outside Japan, but you can drink them here if you want to. 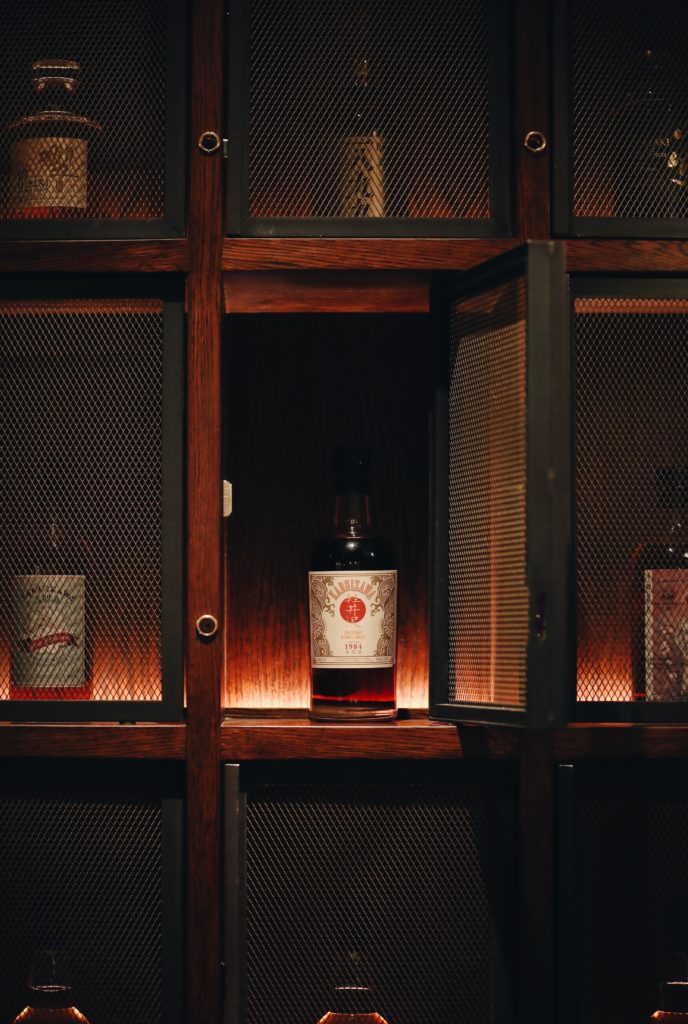 Once seated, we’re told there are over 120 different whiskies to choose from, as well as homegrown Japanese sake. That’s quite a lot of choice even for us hardened drinkers at Luxuriate Life, so we opt for recommendations from the bar’s signature cocktail list. 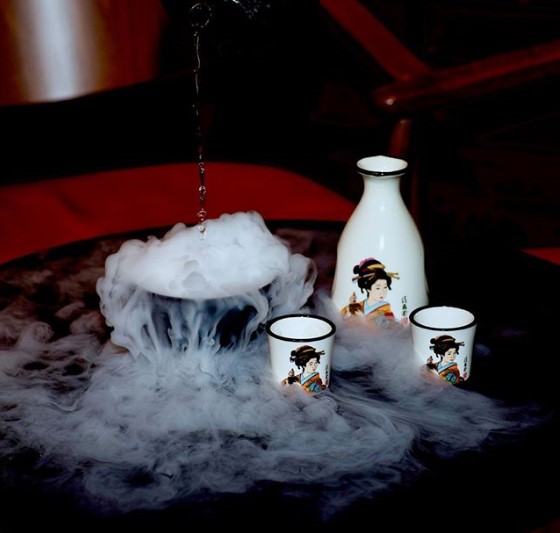 First we try the Ceremonial Spritz, a sparkling sake based cocktail with lychee and elderflower liquor. It comes served in a Japanese jug and is quite possibly one of the cutest cocktails we have ever seen. 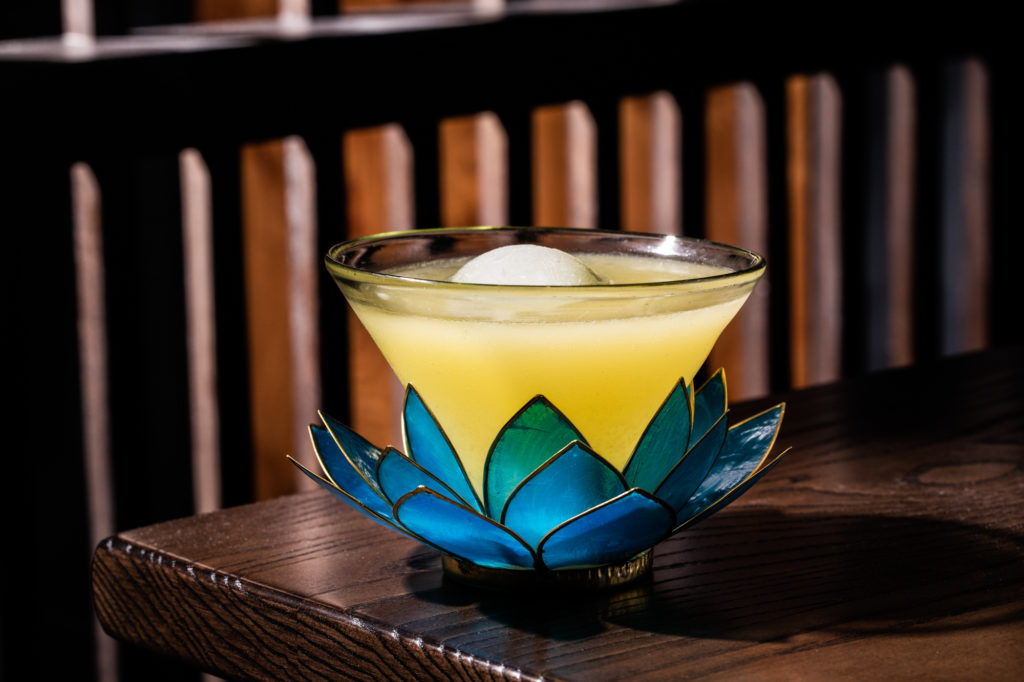 But just because this is a whisky bar, it doesn’t mean that’s all there is on the menu. There are eight Japanese gins and vodka infused with shiso (a Japanese edible herb) and eucalyptus, among other in-house creations. There is even a tequila cocktail on the menu, so we give it a go. Called A Reason For Being, it has tequila, yuzu juice and homemade wasabi jam. It also comes in a traditional Japanese bowl which I pick up with  both hands. 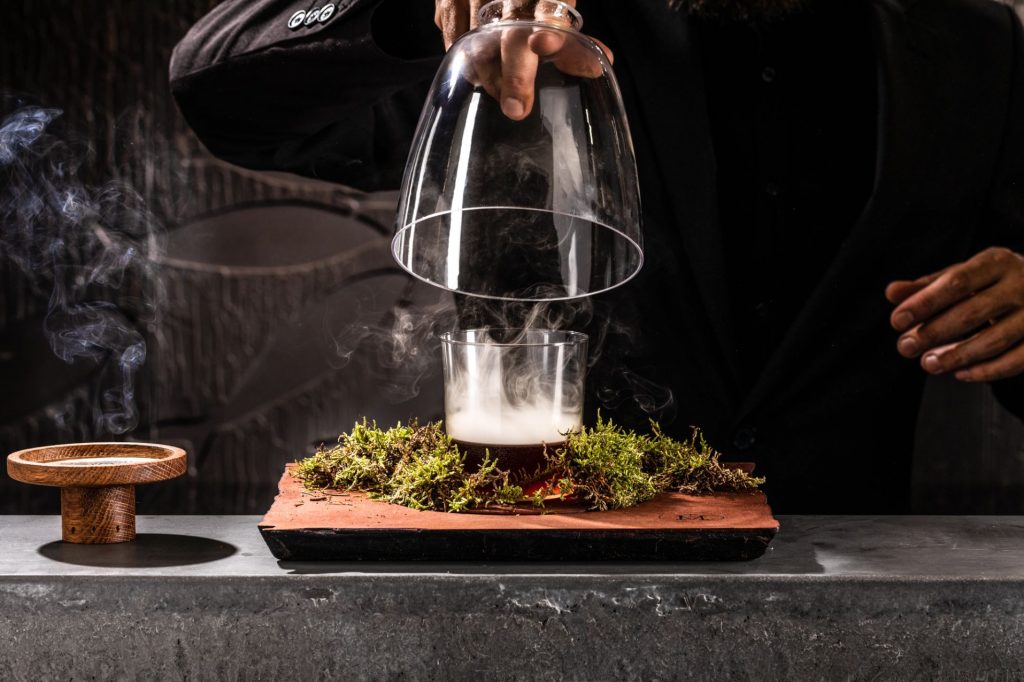 But the absolute pièce de résistance and what you must try if you come here is the Old Kodo cocktail. We saved this until last naturally. Made with cocoa butter flavoured whisky and a blend of Japanese green tea infused vermouths, it’s a real showstopper. It comes served in a glass dome which is lit at the table before being left to stand for a few minutes until the smoke has evaporated and it is ready to drink. This is what gives it such an intense smoky flavour. Even if whisky isn’t your tipple of choice, you’ll like this. There is no harshness, just chocolate whisky delight.

If you’re not a whisky drinker now, you will be after The Malt Lounge experience.