Sister Act The Musical: A Huge, Hilarious and Emotional Hit

Sister Act – The Musical, has made a heavenly return to London, in the most anticipated revival since Jesus vanished from that cave. Originally set to open in 2020 starring Whoopie Goldberg in the leading role, the production has been continuously delayed, mainly due to global pandemics. It’s finally back in London, for the first time since the original West End production closed in 2010. This new production, directed by Bill Buckhurst, runs in the vast Hammersmith Apollo, before embarking on a long UK tour into 2023. 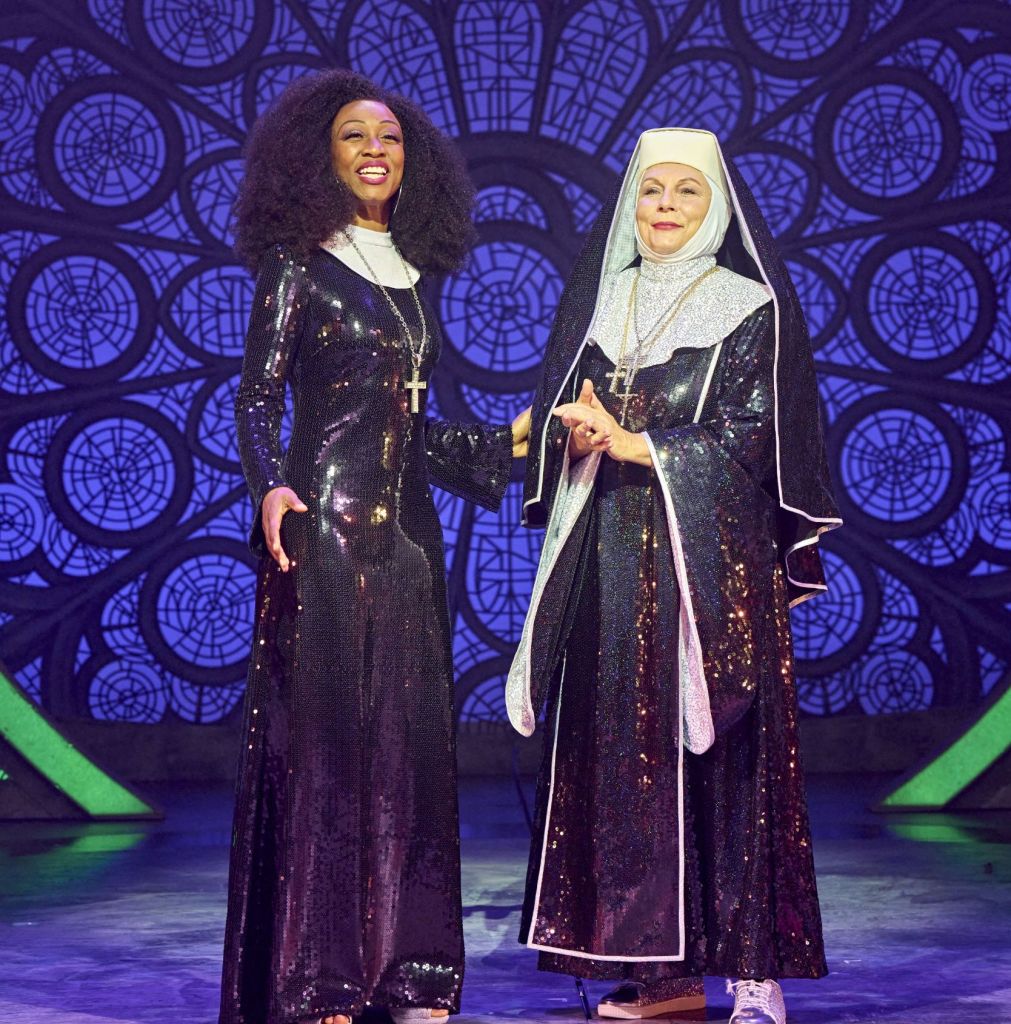 Based on the 1992 film starring Whoopie Goldberg, Sister Act tells the story of Deloris Van Cartier (Beverley Knight), a struggling club singer in with the wrong crowd. After becoming a witness to a murder, she is placed into witness protection under the care of Mother Superior (Jennifer Saunders) and The Sisters of a struggling convent. After introducing the nuns to the joys of buying a beer in a bar, she begins a heart-warming mission to improve the fortunes of the convents choir. 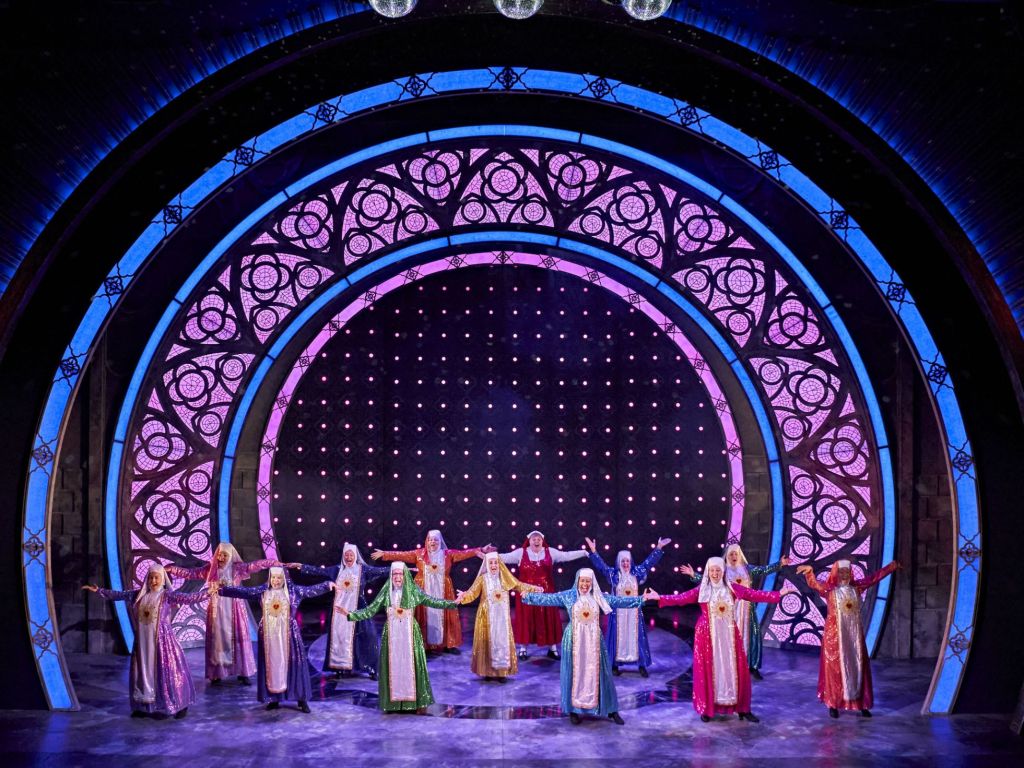 This production is huge in every sense! The orchestra, led by musical director Jae Alexander, sounds vast and impressive from the get go. The set is colourful and pleasing, and various different elements are used to great comedic effect. There’s a lot of money being spent on production here, and the show feels big. It fills the Apollo with ease, and will be equally spectacular in smaller theatres around the UK. 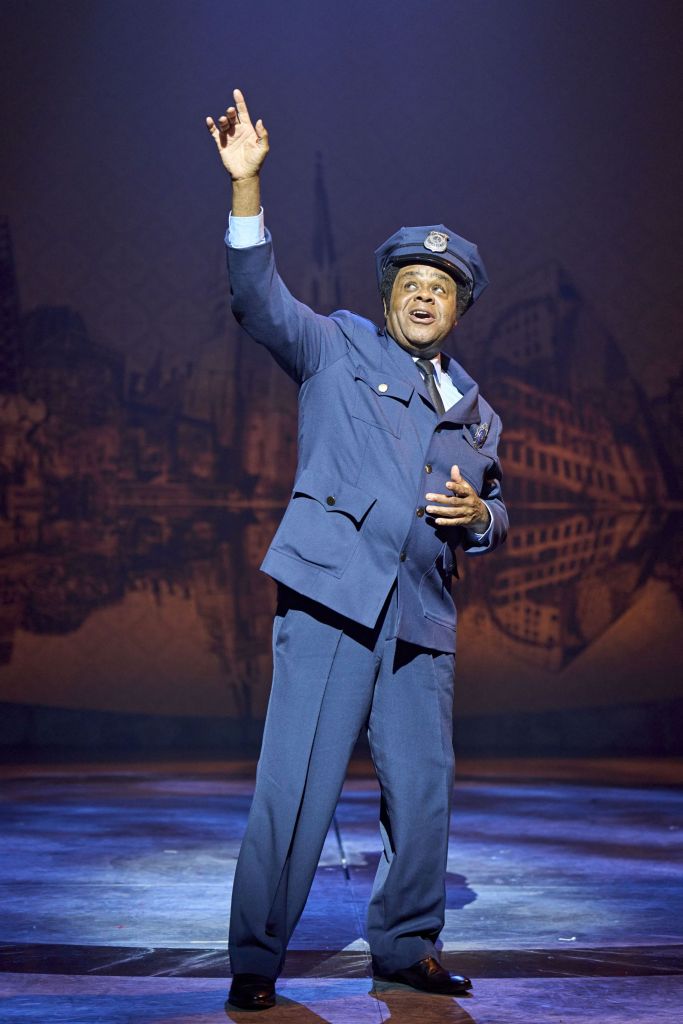 Alongside the production values, there are three reasons this production is a complete smash hit. Script, Songs and cast!

First, the script. I have never seen the 1992 film, but it is now immediately on my watch list. The script is witty and touching, with the ideal balance of pathos and comedy, whilst the plot gallops along with pace.

The score is the work of musical theatre legend Alan Menken (Little Shop Of Horrors, Aladdin, Little Mermaid, Beauty And The Beast to name just a few) and is packed full of songs you would expect from a composer of such talent. The soul, gospel, rock hybrid is continuously catchy with huge production numbers and beautiful ballads. The songs are instantly memorable and are the kind of musical theatre songs that linger in the mind. 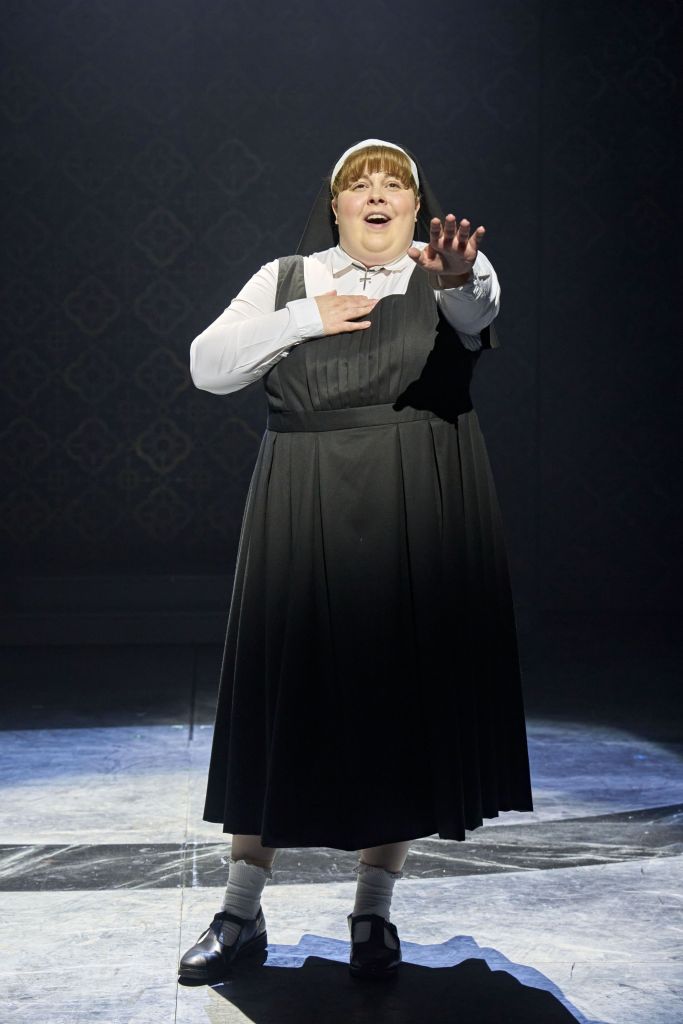 The real key to this show however is the cast. I can’t remember the last time I watched such a consistently brilliant company. Beverley Knight is a wonder. Her beautiful vibrato can make any song sound as if it’s come straight from heaven, and it is simply a joy to listen to her. She also hits the comedy notes in her performance, and we are instantly on Deloris’s side. 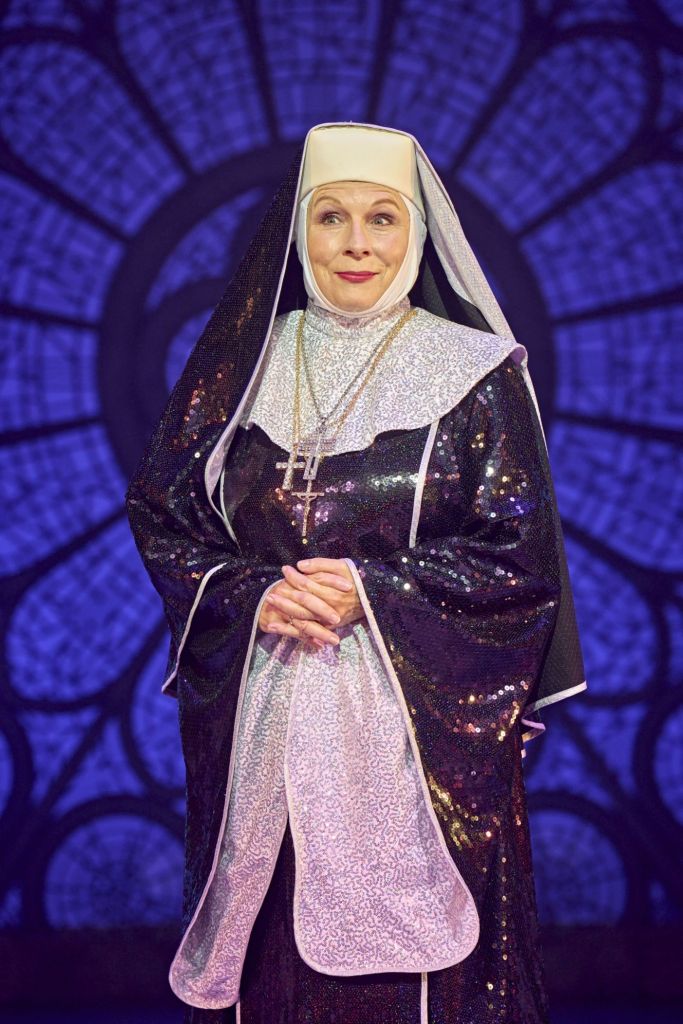 Jennifer Saunders gives a hugely pleasing performance as Mother Superior. Whilst she is not known for her singing voice, she pulls it off, and we get to watch a comedic genius at work. There are laughs a plenty, she is quite clearly an expert at comedic timing and performance. She fully earns her place as a national treasure. Lizzie Bea gives a stunning performance as Sister Mary Robert, shining during her Act Two ballad “The Life I Never Led.” Lesley Joseph has some wonderful comedy moments as Sister Mary Lazarus, and Clive Roe pleases as the sweet cop Eddie. 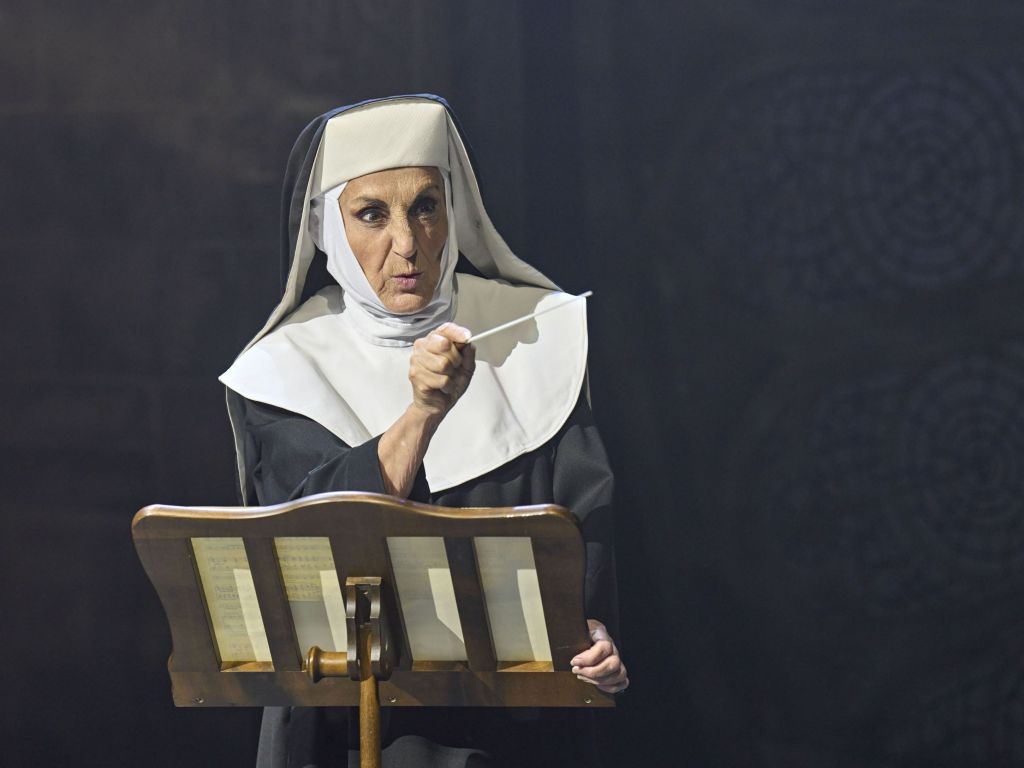 The stage is packed full of musical theatre brilliance, with an amazing ensemble, where it feels like everyone gets a chance to shine. This company feel like a collective; solid, reliable, brilliant. Look closely and you will also see the immensely talented Keala Settle as Sister Mary Patrick who holds that ensemble together well.

I found the production really quite emotional. Something about the message of kindness and acceptance permeating through the show was incredibly affecting. Watching Deloris bring the inner voice out of the nuns in “Raise Your Voice” very nearly resulted in a mid show standing ovation, and the finale and curtain call filled the auditorium with an electric energy I have very rarely felt whilst watching musicals. 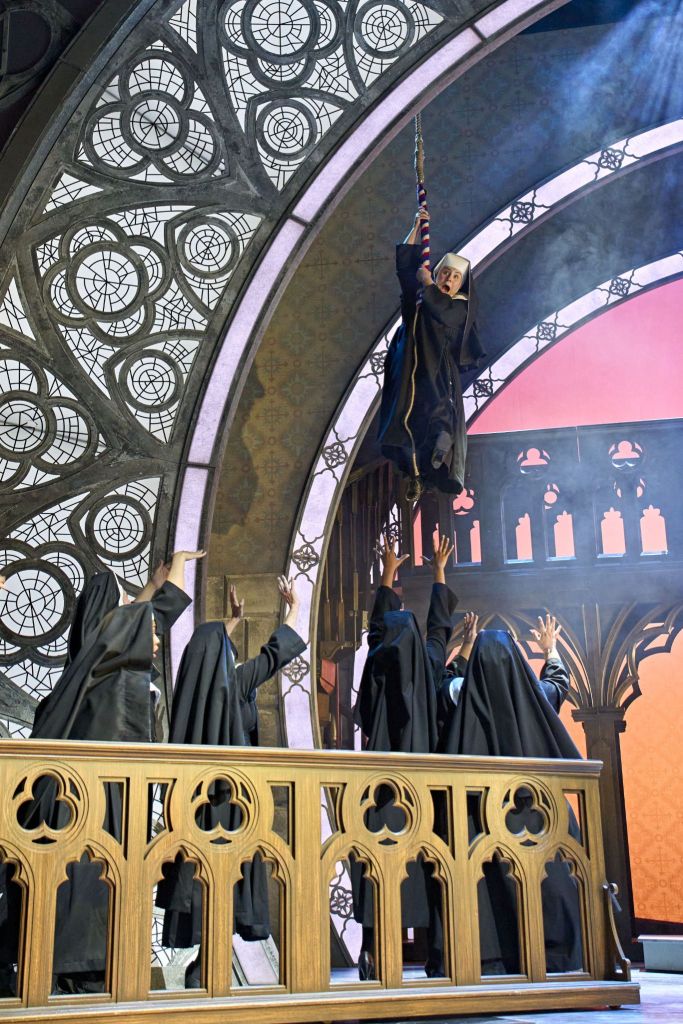 The casting changes slightly for the UK tour, with Saunders and Knight leaving the company, but if this production is anything to go by, it’ll be “Fabulous Baby” all the way into 2023 and beyond.

Buy a ticket, go and see it. Thank me later.

A post shared by 🎶 SISTER ACT THE MUSICAL 🎶 (@sisteractsocial)

All images courtesy of Manuel Harlan.