The Art of Afternoon Tea at Tate Modern: Yayoi Kusama

Yayoi Kusama creates artworks that are a feast for the eyes. There’s always a huge hunger for tickets whenever a new exhibition of her work is announced as art lovers want to devour her bright and bold pieces. Often they want to regurgitate them on Instagram too. It’s therefore no surprise that Tate Modern has taken the next logical next step and let us Yayoi Kusama fans devour food inspired by her art.

The gallery’s sixth-floor Kitchen and Bar has put together a new menu inspired by the exhibition of two of her famous Infinity Mirror Rooms which are on show until June 2022. There’s a lunch set menu of Japanese dishes (the Yakitori pork shoulder looks delicious) and there’s also an afternoon tea. It was the latter I made a visit to sample. 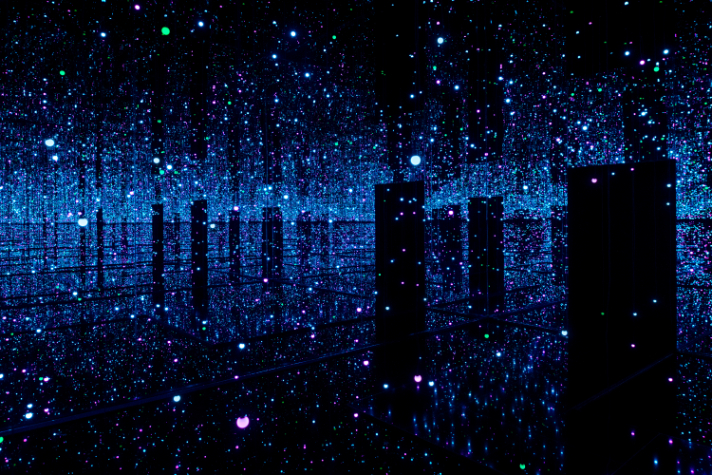 I’d visited the Infinity Mirror Room exhibition when it first opened, and it is of course great (if a little slight – there isn’t much beyond the two instagramable-rooms). But I arrived intrigued as to how the trademark Yayoi Kusama mesmerizing optical experiences and her motifs could be translated into sweet and savoury treats. I was also curious to know how they would be able to put a Japanese twist on one of the most English of traditions. 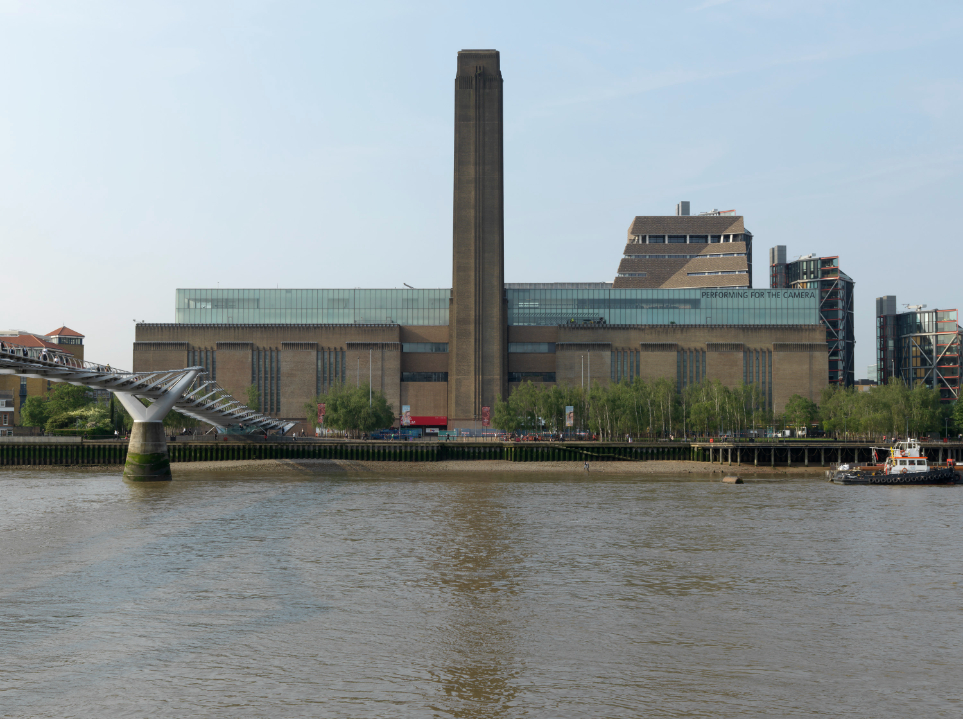 Stripped-back is how I would describe the vibe at the Kitchen and Bar at Tate Modern, which is handy as it would never be able to compete with the absolutely spectacular view. The floor-to-ceiling glass windows offer a properly panoramic view of the heart of London, with the imposing glass towers of the City and the dome of St Paul’s Cathedral laid out in front of you. It’s actually quite difficult to keep your eyes off it. My visit coincided with a particularly biblical torrential downpour which if anything just added more drama to the view. It was like looking out into a modern-day Turner painting. How apt. 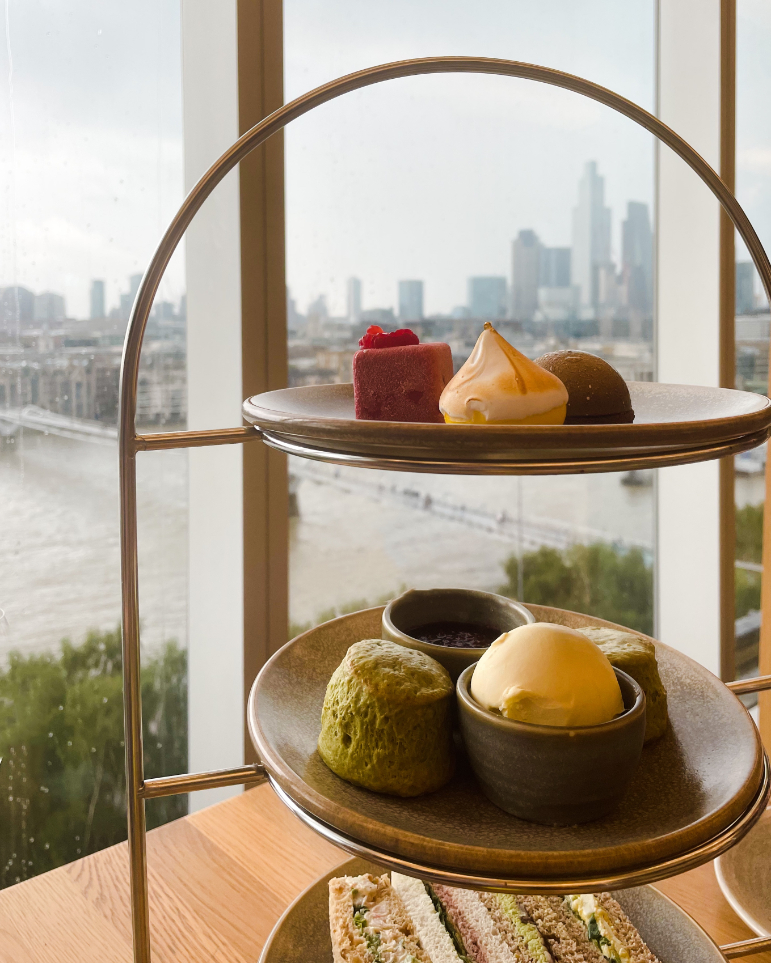 The afternoon tea began as all good afternoon teas should: with a glass of bubbly. This was the recent collaboration between Yayoi Kusama and Veuve Clicquot and it was as satisfying as her installations. We followed it with the preposterously named Shimmer CosmipoliTEAn cocktail. Billed as a shimmer tea blend shaken with Tate Sacred gin and cranberry juice, it’s rim of hundreds and thousands was more children’s party than Yayoi Kusama arty. I’d have preferred a second glass of champagne.

The sandwiches were a much more successful Japanese fusion:  Miso roasted beef with a pickled mouli and a hit of wasabi, Edamame humus with wakame, prawn with Kewpie mayo (an obsession in Japan apparently). The scones too were an excellent Anglo-Japanese mix, with my table devouring the Matcha Green Tea versions which came with plenty of cream and a cherry and sakura compote, adding a subtle sour tang. I could have eaten two more.

The cakes were like three mini Yayoi Kusama works on a plate. The yuzu and white chocolate tart looked like the offspring of Kusama’s famed pumpkins, and the chocolate and passion fruit dome was spotted in a way that evoked the polka-dot pieces she’s produced throughout her career. The mascarpone, sake and raspberry mousse was as pink as the pink tentacles she’s just filled a gallery in Berlin with – but this time full of cream.

Overall, the tea is fun and tasty and welcome novel spin on a familiar classic. Tickets for the next five months of the Infinity Mirror Rooms are now on sale to the general public. They’re going to go like hot cakes. If you don’t manage to grab some (and many won’t), devouring these cakes will at least sate some of that Kusama hunger.

The exhibition and the afternoon tea will be available until June 2022.