Paris on Park Lane – Forbidden fruit, new cocktails and a winter garden at The Dorchester

At The Dorchester, an illuminated clock overlooks a giant advent calendar bearing treats and The Dorchester’s grand Christmas Tree stands proudly erect in the lobby. It’s the holiday season! I for one am absolutely desperate for a holiday. Paris would be lovely but feels so near, and yet so far. What to do when all I crave is the winding cobbled streets, luscious red wine and freshly baked bread from the boulanger? 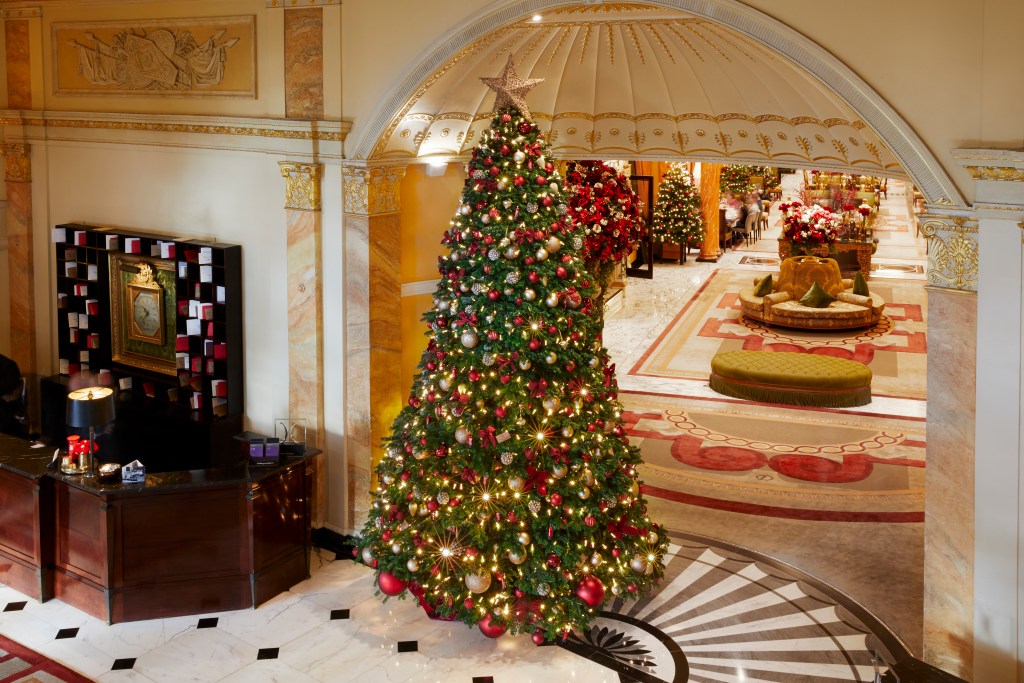 Well, I can’t offer you a holiday. But what I can offer you is the next best thing. Paris is a city known for its romance and lengthy afternoons spent people-watching whilst lounging outside a café. Little did I know, but London has its own slice of Paris by way of the Dorchester’s bar terrace and Winter Garden. With views over the hotel’s courtyard and Hyde Park, the terrace does feel like your own private space, where one can sip exceptional cocktails while watching the world go by. 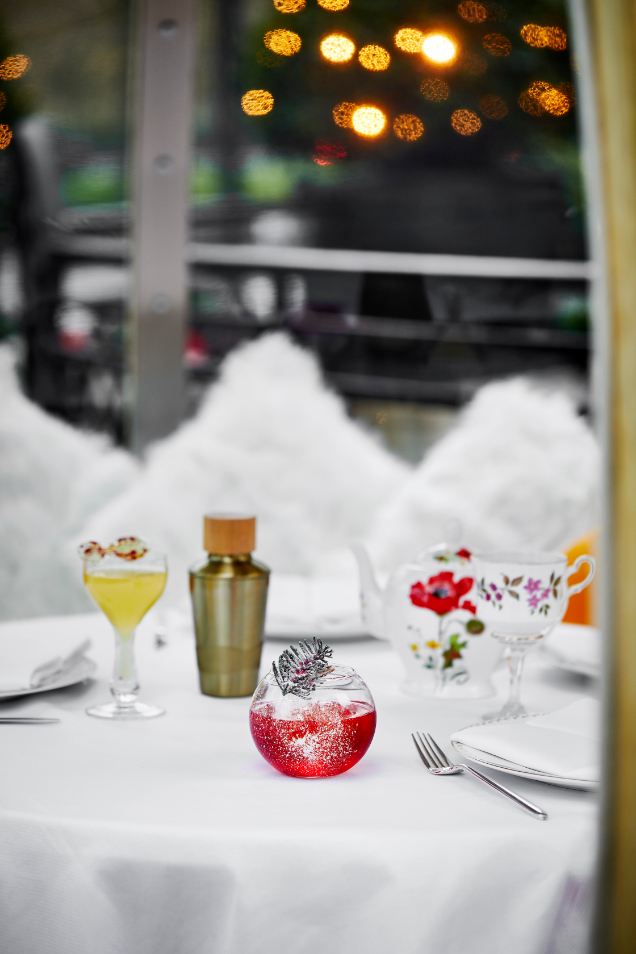 The Dorchester Winter Garden has just launched and has a prime view of The Dorchester’s festive offerings but the centrepieces are two private globes (which are open on Christmas Day and New Year’s Eve for both lunch and dinner) which seat up to five people each. You can cosy up in the heated garden globes and enjoy a show stopping menu from ALL of the hotel’s award winning chefs in partnership with Veuve Clicquot.

This line up of chefs for this special collaboration reads like the culinary version of the 1998-1999 Manchester United soccer team. Executive chef of The Dorchester Mario Perera, The Grill’s head chef Tom Booton, The Dorchester’s executive pastry chef Daniel Texter, and executive chef at three Michelin starred Alain Ducasse at The Dorchester Jean-Philippe Blondet, have all joined forces to create this one of a kind Winter Garden Chefs’ Menu. It was like the Spice Girls had reunited again and were performing a private edible 3 hour concert just for us. 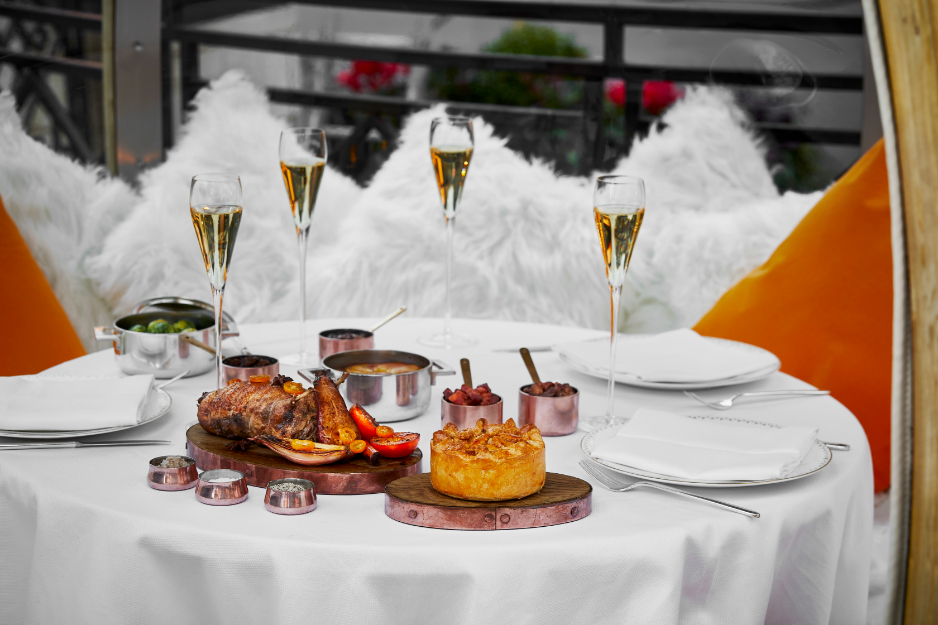 This was the kind of feast you would request as your last meal before execution for crimes against luxury. Highlights from the feast include a creamy chestnut soup with bacon & sprouts, grilled dry salt aged cote de boeuf, a whole roast Aylesbury duck and a flaming Christmas pudding. 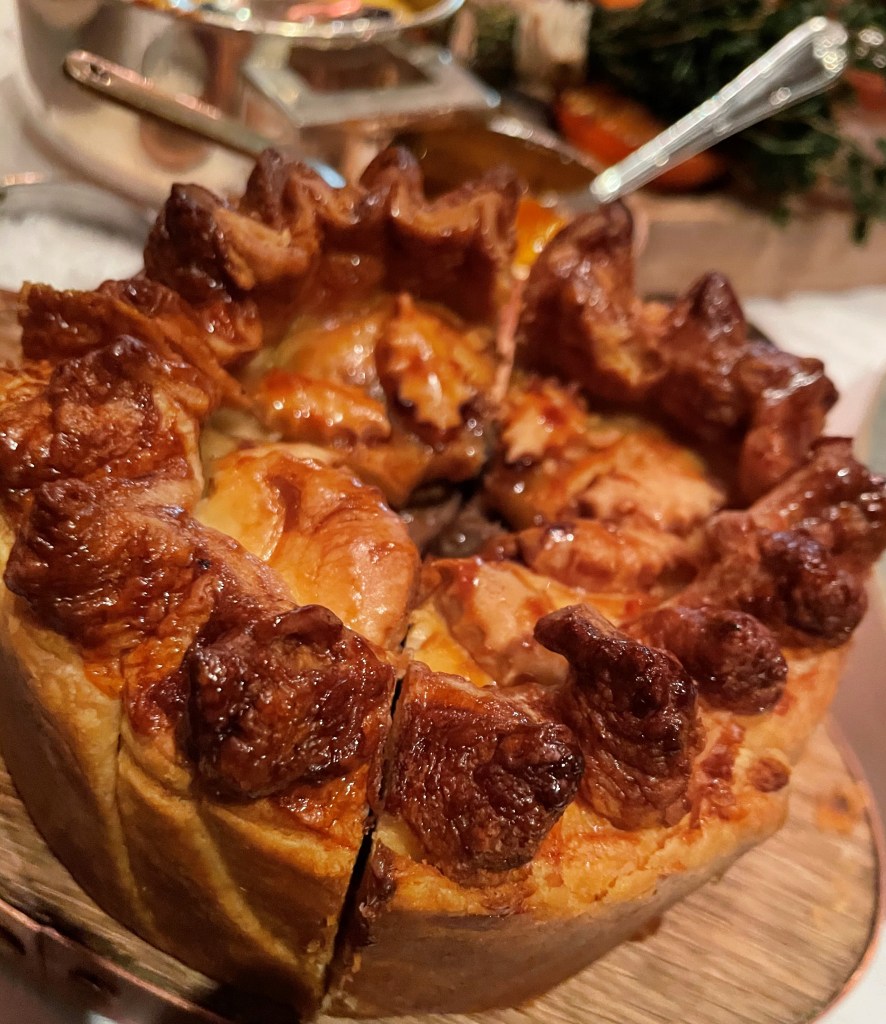 We tried the whole roast Aylesbury duck carved at the table. One of the most decadent and detailed dishes of 2020 devised by Mario and his senior sous chef Soham Sonawane. The duck was stuffed with foie gras, served on a slab of pink Himalayan salt with festive confit pears, truffle stuffed dauphinoise potatoes, creamy sprouts and a show stopping game pie. Made with three birds, this pie is a labour of love with a proper crust and decorated with pastry holly leaves. 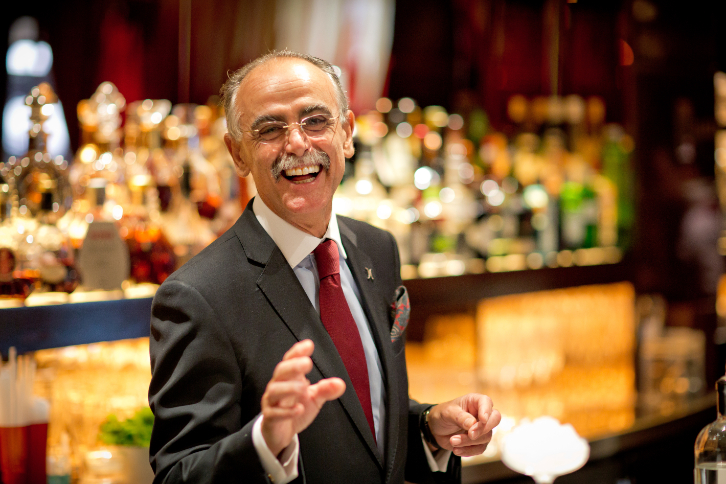 The newly revamped cocktail menu has been overseen by Dorchester bar legend, Giuliano Morandin, with the winter season providing inspiration. The charming Giuliano will be celebrating his 40-year anniversary at The Dorchester in 2021, and his lengthy experience is reflected in the proficiency of his cocktails. Giuliano and his team have created a festive bespoke list of cocktails such as the naughty or nice mulled wine or the Snowflake Negroni and even a range of hot chocolates. Lucia also mixes one of the best Vespers in all of London.

There are also other cocktails created in order to celebrate and commemorate some of the most inspirational people and moments in the hotel’s long history. I heard whisperings of a Forbidden Fruit cocktail, and much like Eve, I was immediately seduced. The original Forbidden Fruit liqueur was invented in pre-prohibition times, but by the time the 1950s rolled around, the original recipe disappeared and no one has been able to remake it since. The Dorchester even had its own cocktail that used the liqueur, named the Dorchester of London and created by renowned barman Henry Craddock. But with the recipe for the liqueur gone, the cocktail was almost forgotten… Almost. 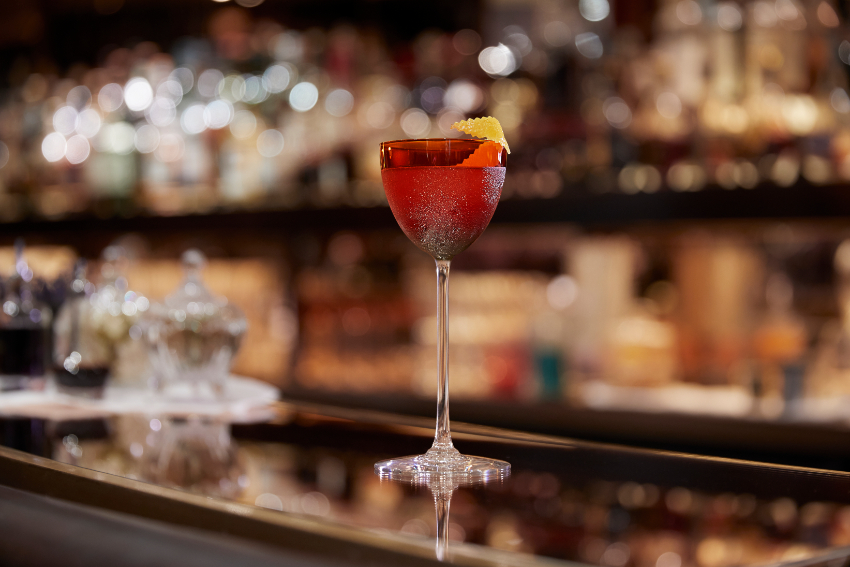 The Dorchester of London 2.0

Never shy of a challenge, Giuliano wanted to recreate this. He took it upon himself in true Dorchester fashion, and painstakingly revived the long-lost drink and updated it for a modern audience by adding more balance. The end result is The Dorchester of London 2.0 cocktail, made with Tanqueray 10 gin, Bacardi Carta Blanca, the recreated Forbidden Fruit liqueur, pink grapefruit juice, and rhubarb cordial topped off with some Galliano L’Autentico. It is equal parts sophisticated, soft and refreshing. Much like the original forbidden fruit.

Giuliano is also highly conscious that 2020 has not been easy for many of us, least of all, the wonderful staff at the NHS. To recognise their heroic efforts during the pandemic, he created a special cocktail named 2020 of only English ingredients. Combining gin, homemade cornflower cordial and Cottonworth sparkling wine, this blue-toned drink glows in the same way the famous monuments across the UK did when honouring our NHS heroes. 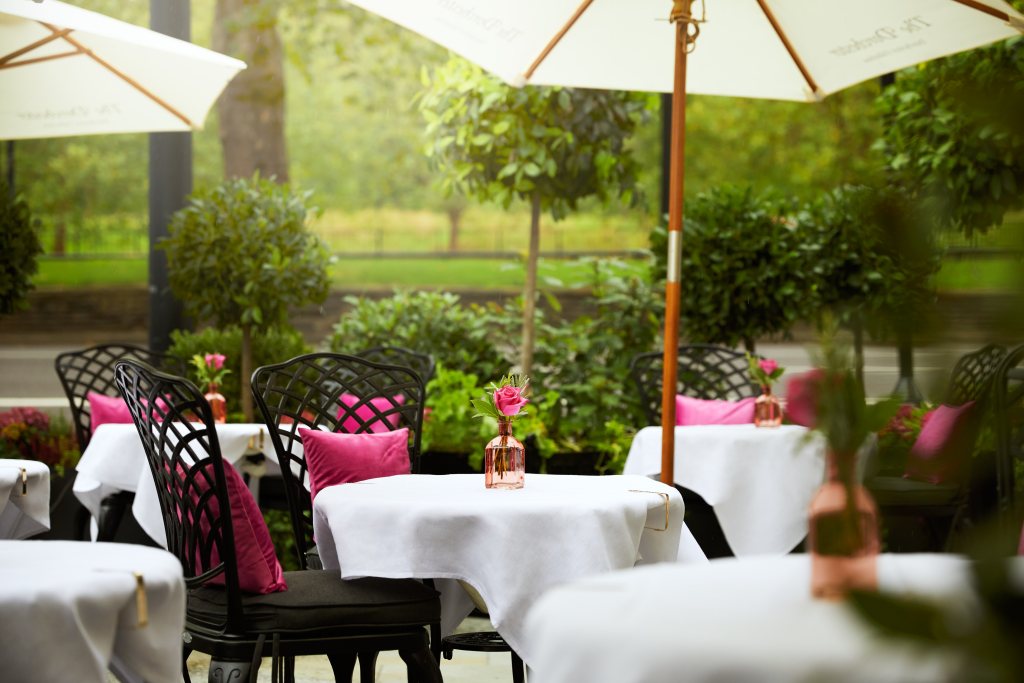 The holiday vibes continue on the bar menu, chock-full of Italian goodies like juicy calamari, truffled crisp balls of arancini, and an excellent selection of cheeses and charcuterie. Make sure you don’t miss Giuliano’s favourite – the Dorchester Tiramisu. It’s made by the same team that put together the popular Dorchester afternoon tea.

Sitting in this Winter Garden and being offered a feast by the best chefs in London and masterful drinks by a man who has not only created bartending history, but is a solid part of it, I start thinking…did I ever really need a holiday in the first place?

To discover more about the Winter Garden, Terrace and other festive offerings, visit: dorchestercollection.com

All imagery courtesy of The Dorchester.