There is no better place than West London Shooting School to master the art of shooting and also have great fun outdoors, especially when we’ve been locked away for the past few months. It’s been about 6 years since I first shot a gun in Surrey and, admittedly, I needed to practice my skills. 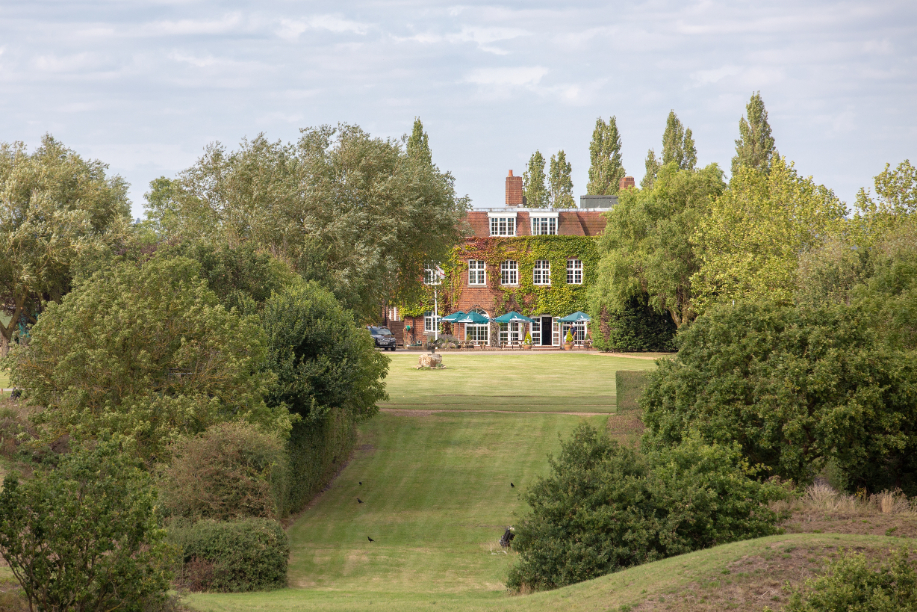 West London Shooting School was founded in 1901 by Richmond Watson, where he found training for style and accuracy was needed as shooting became ever more prevalent with a desire from wider parts of the population to take part in this sport. 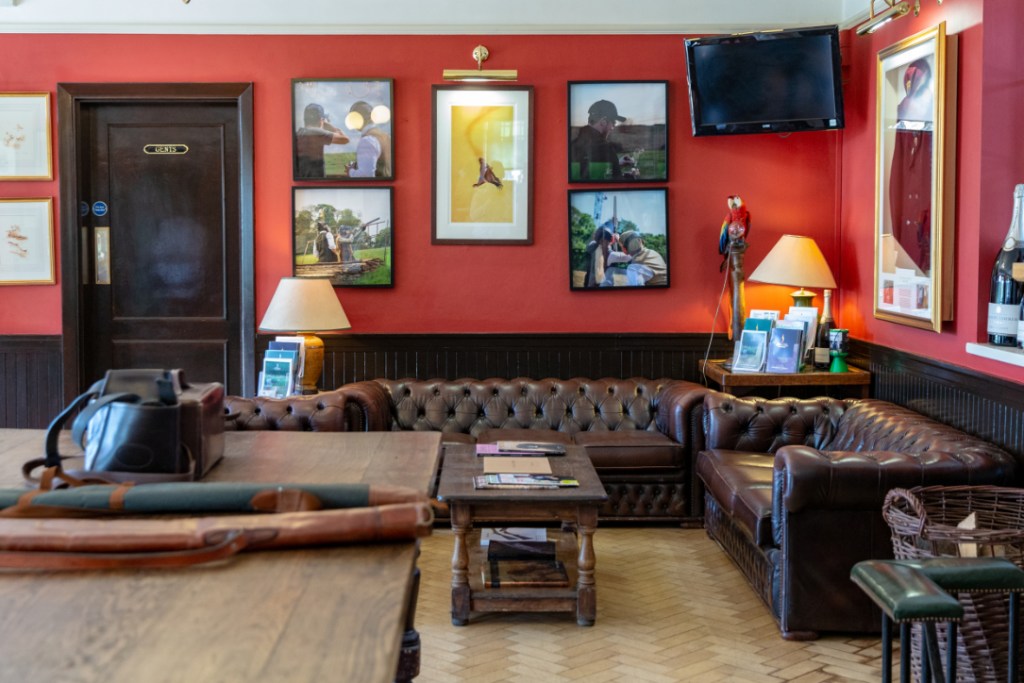 In more recent times, West London Shooting School has been involved in various prestigious shooting competitions, including staging the British Open Sporting Championship. Needless to say, I was fascinated by its history and even more excited to get a glimpse into this world that not everyone gets the opportunity to experience. 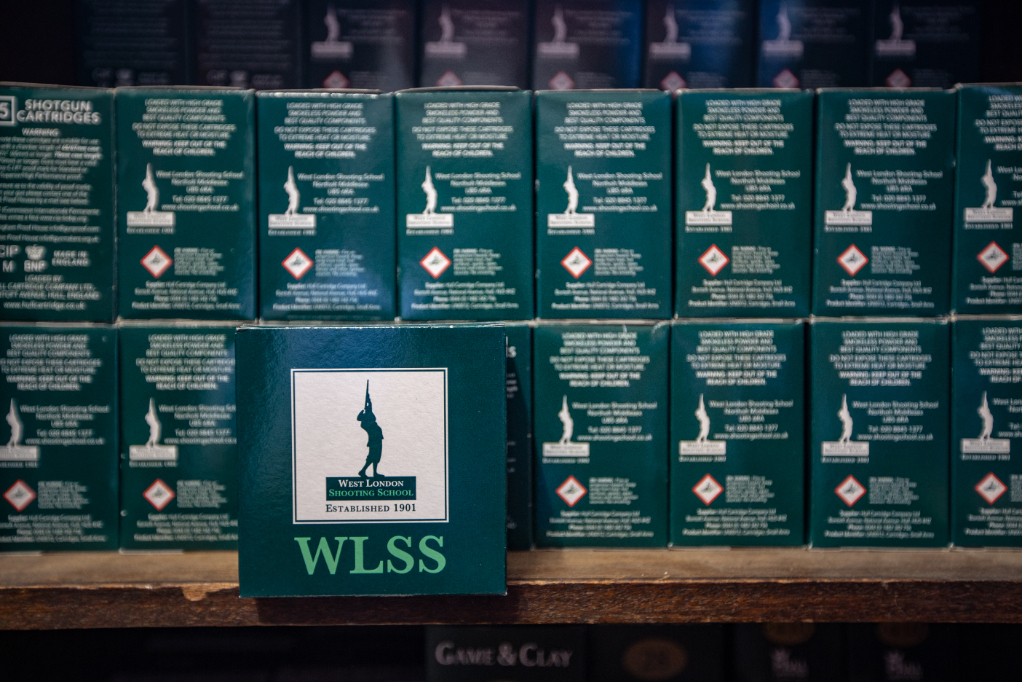 We arrived at the grounds of the School in Northolt and were greeted by the endlessly warm and helpful Mark Heath, our instructor. He proceeded to take us to the gun room where we were fitted for our guns, we saw a vast array of over-and-under and side-by-side shotguns, some around 100-years-old, it was a truly a sight to behold. I was even more astonished some shotguns can cost anything in the region of £500,000 including pieces from British gunmakers Purdey, who offer world-class craftsmanship.

After selecting our guns, my friend and I headed to the fields and went to our first shooting stand. I was certainly more prepared than my friend and it was clear he was very anxious ahead of the shoot, but Mark was amazing at easing his nerves, and quickly he became accustomed to the gun and gradually become more accurate (ish). 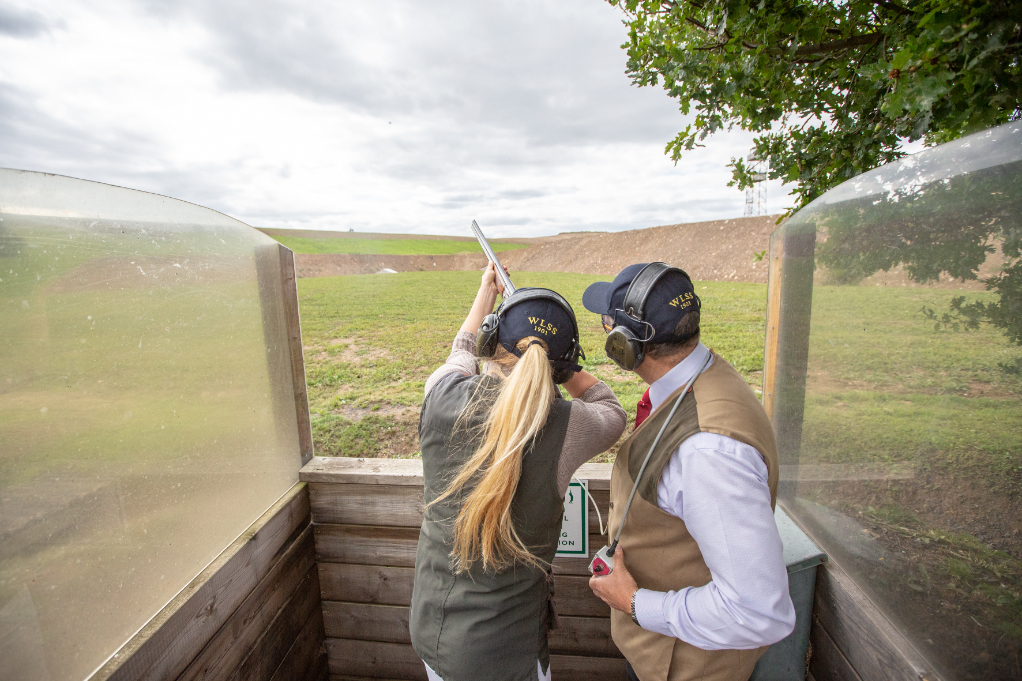 We first started shooting clay in the sky, which was a great success for me, hitting nearly every clay coming my way. West London Shooting School created a real moment for me: the smell of the gunpowder, wind in my hair, sun creeping through the clouds, and never-ending acres of land really surmounted to pure tranquillity and, naturally, the competition reignited my joy for this sport. 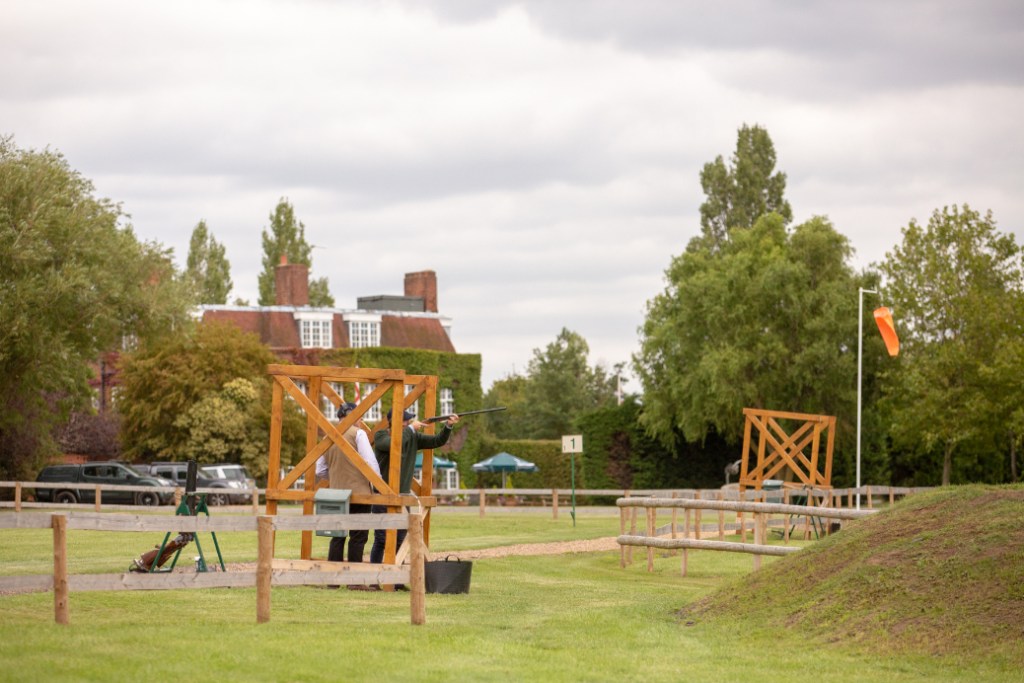 After some simulated grouse shooting, we moved onto ground clay imitating the movement of game like rabbit. That was slightly more tricky, nevertheless, I soon adjusted to the change in skill required to shoot fast moving clay running across the grass. The key to great accuracy is to avoid looking at the barrel of the gun. Mark was very clear about looking directly at the clay and positioning arms and eyes towards a certain part of the disk. This advice definitely improved the precision of my shot and in no time I was becoming increasingly more skilled, despite the 6-year break! 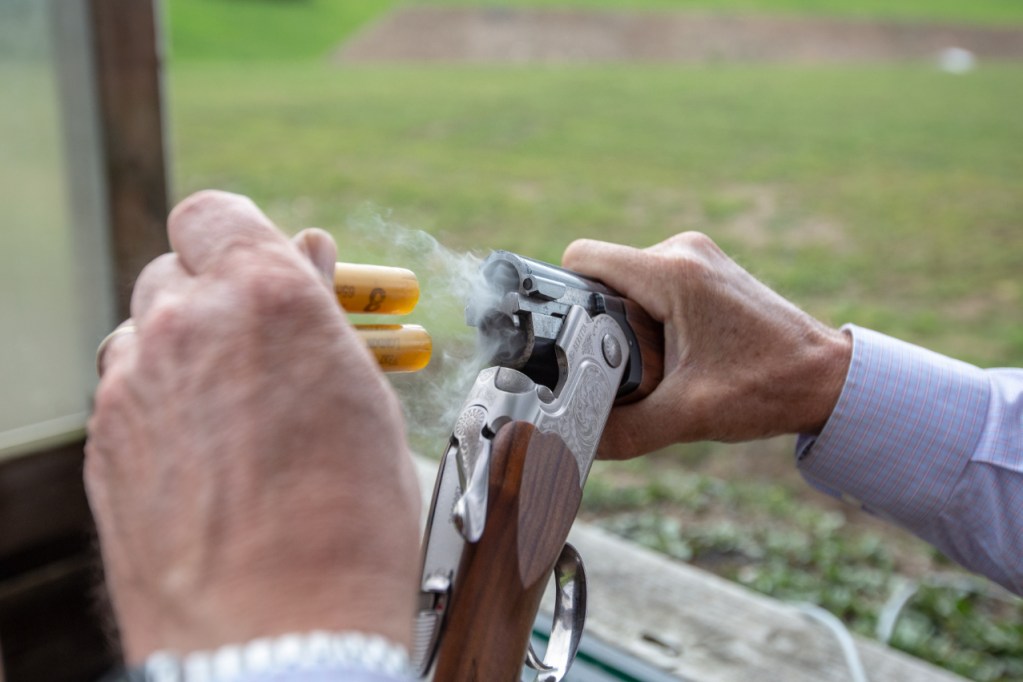 The hour – no pun intended – shot by, and before we knew it, our lesson was ending. It was a thrilling experience, one of learning, competition, and embracing country serenity in West London, which is a rare moment. Without a doubt, I will be returning to improve my natural prowess. West London Shooting School is tremendous fun for a group of friends, work colleagues (corporate trips are often hosted here) and even alone for one-to-one training. 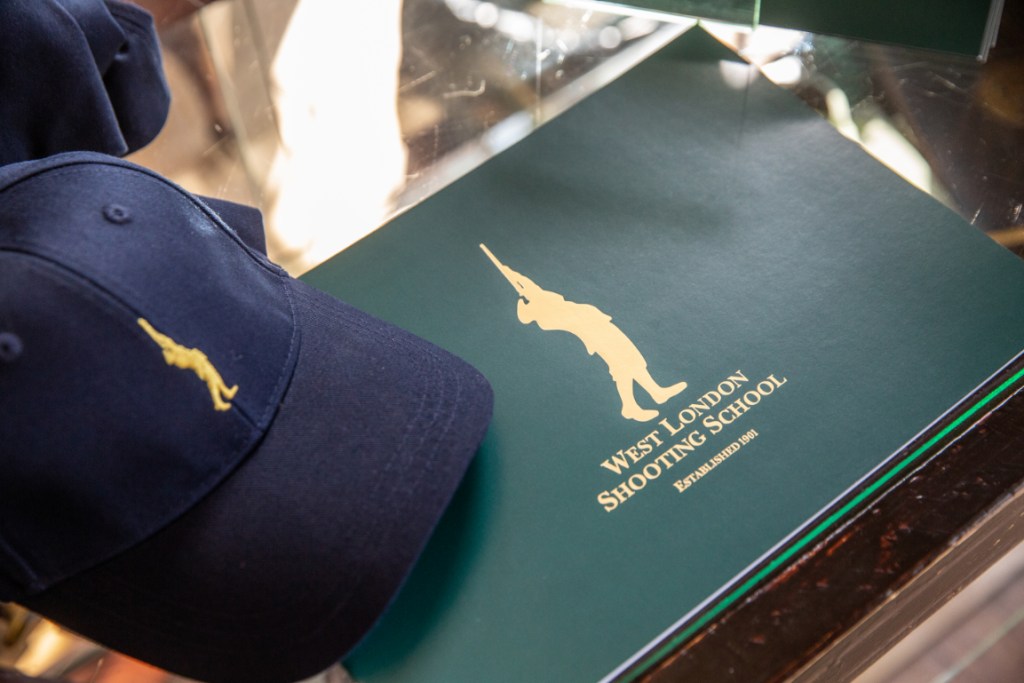 It’s great we can celebrate and take part in parts of British culture that are such a strong part of our history. When I got the chance to espouse this exciting sport, I won’t grab the bull by both horns, I’ll grab the gun with both hands.