Witness for the Prosecution: A Classic Story with modern surprises

Witness for the Prosecution might just be one of London Theatres best kept secrets. Taking place in the stunning surroundings of London County Hall on the Southbank, the Agatha Christie classic is still entertaining audiences in this immersive courtroom drama.

London Theatre is of course no stranger to Ms. Christie. The Mousetrap is still playing in the West End at St Martins Theatre, which is currently in its 70th year entertaining audiences with the classic ‘Who Dun It?’ Witness For The Prosecution is not too far behind, celebrating its 5th year of performances, only another 65 years to catch up!

Witness For The Prosecution tells the story of Leonard Vole (Harry Reid), a friendly, gentle, cheeky chap. The type you could bring home to your mum. Sure, he’s cheeky, but he’s endearing, and seemingly wouldn’t hurt a fly. Leonard is arrested for the murder of Emily French, a wealthy old woman with whom Leonard has had a recent friendship. Leonard was made Ms. French’s principal heir to the estate, thus casting Leonard firmly into the spotlight of suspicion. He, of course, protests his innocence. What follows is a thrilling courtroom drama as we follow Vole, alongside his legal team, dealing with the shocks and twists that the courtroom presents.

The play is based on the Agatha Christie short story from 1926, with the play premiering in London’s West End in 1953. In fact, Christie was initially reluctant to adapt the story for stage, but it has since become one of her most successful works, with various TV and film adaptations over the decades. Scripts of a certain age do come with challenges for a modern production team, and they are present here in this production. The writing can often feel dated at times (it is…), the relationships between the characters slightly contrived (they are…). However, this is Agatha Christie! If you’re used to her literature, none of this will come as a shock to you. You should expect full Christie, with various clichés and tropes that define her murder mystery genre.

There are some good performances. Harry Reid plays an approachable and likeable Leonard Vole. We’re on his side immediately and feel every worried glance and desperate plea for those in power to believe his innocence. Dugald Bruce-Lockhart plays Sir Wilfrid Robarts Q.C with a naive authority, and Justin Avoth gives a comical and convincing performance as Mr. Myers QC, desperately trying to prove guilt. Naomi Sheldon plays Romaine Vole, with an alluring charisma typical of Christie characters. She plays her twisting narrative straight down the line, although at times the character can feel a bit ‘hammy’. However, I think this is more the fault of the writing than the acting in this instance. Nicholas Day is a scene stealer with his subtle and hilarious portrayal of the judge Mr. Justice Wainwright. Comical side glances and a sense of exhaustion means that he manages to find comedy and seriousness with limited dialogue. His performance is truthful and still lives within the Christie universe.

The wider ensemble cast does a fantastic job of creating 1950s London and the court room. Some of the acting choices do seem a little broad, however this is early in the run for this new cast, and I’m sure performances and the ensemble work will get smoother as this cast’s run progresses. Act One does begin to drag at points, but Act Two gallops along as we are increasingly surprised at the unfolding case.

The venue is the true star of the show. For this production we are removed from the theatre and placed within County Hall. Clerks, police officers and witnesses are walking among the audience, around the perimeter of the playing area. The setting is perfect for this piece, and lifts the entire production. Lucy Bailey (Director) has ensured that scene changes are pacy and dynamic. The audience are made to feel part of the action. At one point, the audience were quite rightly laughing loudly at a moment of action on stage, only to be hollered at and chastised by Mr. Justice Wainwright “Order! Silence in Court!”, as clerks and wardens gave us disparaging glances – Fantastic stuff!

The set is simple, and lighting is functional and atmospheric. Both do their job to a high quality in creating a truthful and realistic world. Another fun gimmick is the opportunity for 12 lucky members of the audience to be The Jury! Members of the audience quite literally take to the stage, and are lighted as they sit as members of the Jury, are asked to stand, and respond to the characters on stage. It’s a fun addition which aids the immersive realism of the piece. Jury Tickets are available to purchase, and include complimentary programs and drinks. While this may be a fun experience, I would argue it perhaps doesn’t give you the best view of the action, but given that this piece is pretty much in the full round, there isn’t really a bad seat in the house. 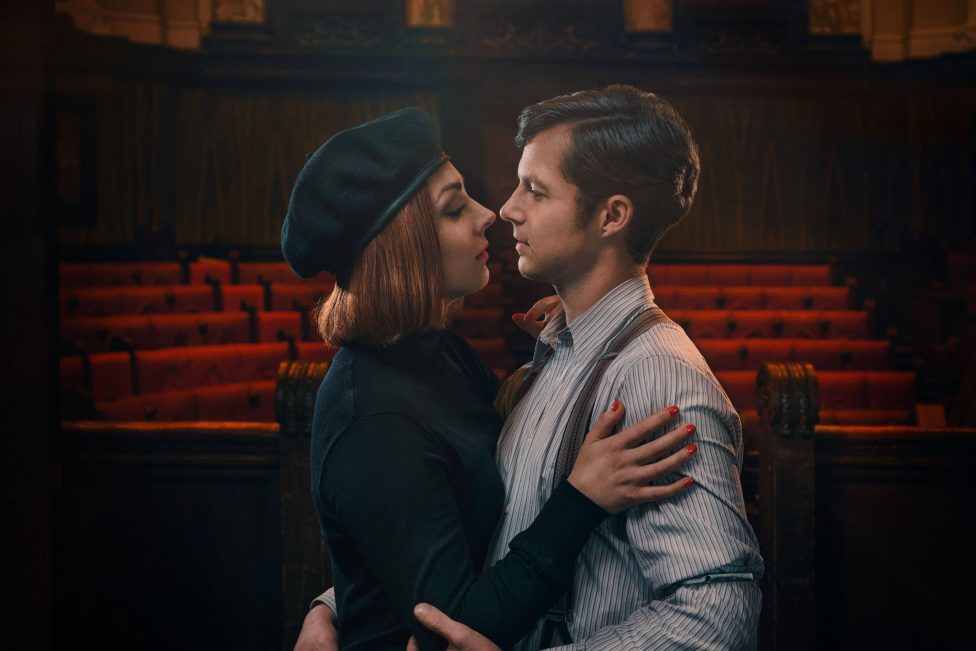 Witness For The Prosecution is a fun, exciting and classic story. Fans of Christie will respect this production’s faithfulness to the original source material and first time audiences will enjoy the well-drawn characters and plot twists. Everyone will enjoy the novelty of the venue, and this cast and production team deliver an evening of good quality British drama, with a few laughs thrown in.

A passionate and twisting story, full of intrigue and courtroom drama, in a stunning setting, “Witness” is well worth attending for a different kind of theatre experience. It would be criminal not to attend!

A post shared by WITNESS FOR THE PROSECUTION (@witnessplayldn)

All imagery courtesy of Ellie Kurttz.