Any week in which you find yourself eating lobster three times is a hard week, and I had certainly put in the hours of research in the northeast of Scotland in the days before I sat down for dinner at the new London Bridge home of Bob’s Lobster.

And there lies my issue with fresh seafood in the capital. I’ve been spoilt by eating it in quayside establishments where it has passed from fisherman to chef and straight into the pot. In those circumstances, lobster can be a soft, succulent delight. In London, however, too many still believe that consumers won’t know or care that their crustaceans have been swimming around in a tank for a week or have been fattened up by a middleman looking for a cut. To me, that approach butters no brioche rolls.

To get good lobster, you’ve got to make it snappy. So I was very pleased to learn from Rob, the (just-about) eponymous Bob that he agrees, and has gone to great lengths to ensure his supply chain is as tight as possible – no tanks allowed. Until the creelers return to the Thames, London finds itself at a slight geographic disadvantage but after many months of trial and error and plenty of legwork around the aisles of Billingsgate, the commitment from Bob’s Lobster has paid off. 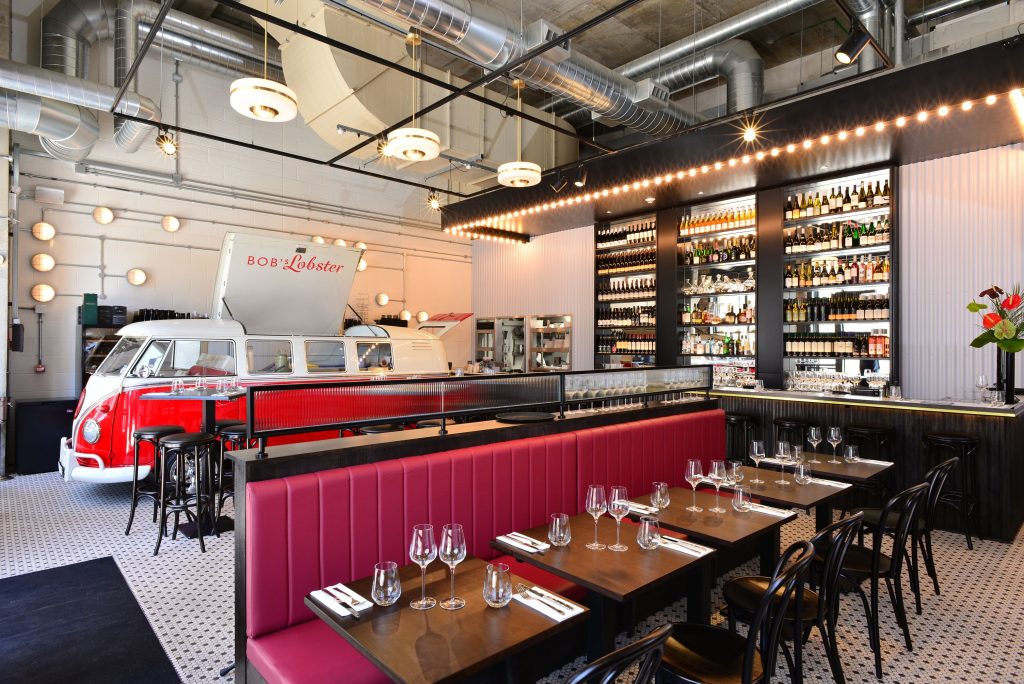 Bob’s Lobster started life in 2013 serving their now famous lobster rolls from a 1957 VW camper van in Borough Market, where our intrepid editor was one of their first ever customers. The legendary van remains along with leather booths and mid-century pendant lamps providing the setting for dinner.

We started with a selection of the smaller sharing plates. The tuna tacos and renowned crab stack were shoe-ins, but it was a last-minute recommendation from our waitress that had us add a bowl of fries to the order. She was right to enthuse. 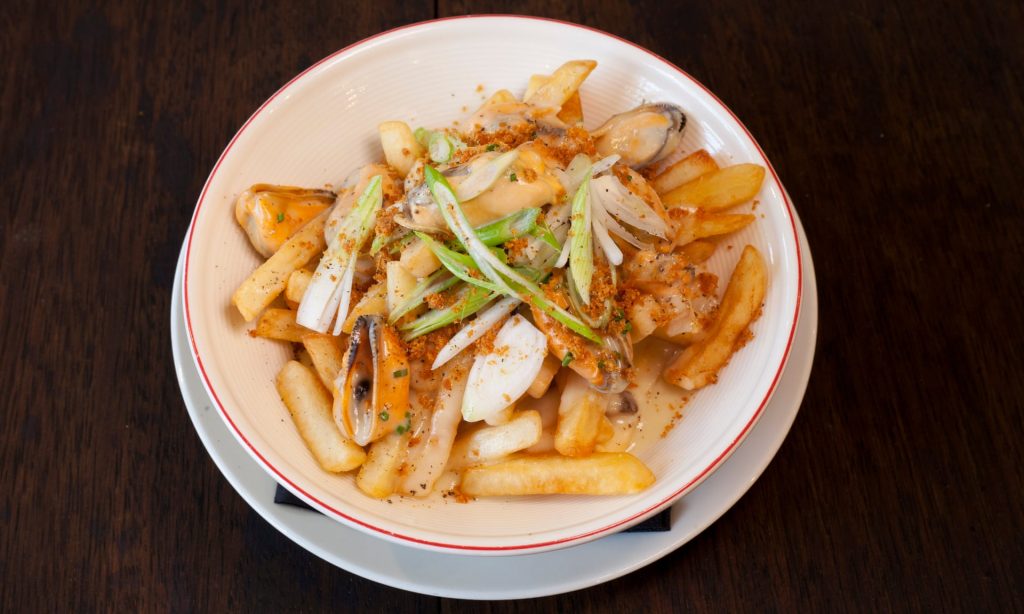 Such a casual entry on the menu: “Fries (add mussel and bacon chowder)” but what an experience. If the people of Belgium had been exposed to a northern English exchange programme before perfecting the recipe for moules marinières, this is perhaps the extravagant upgrade on the classic chips and gravy they might have created. Or maybe it’s just the epitome of comfort fusion food. Either way, crisp, golden fries poke from a steaming bowl of white wine and cream chowder, with mussels lounging lazily beneath a spray of bacon crumbs on the surface. A real guilty pleasure as the cold nights roll in like the Scottish haar. 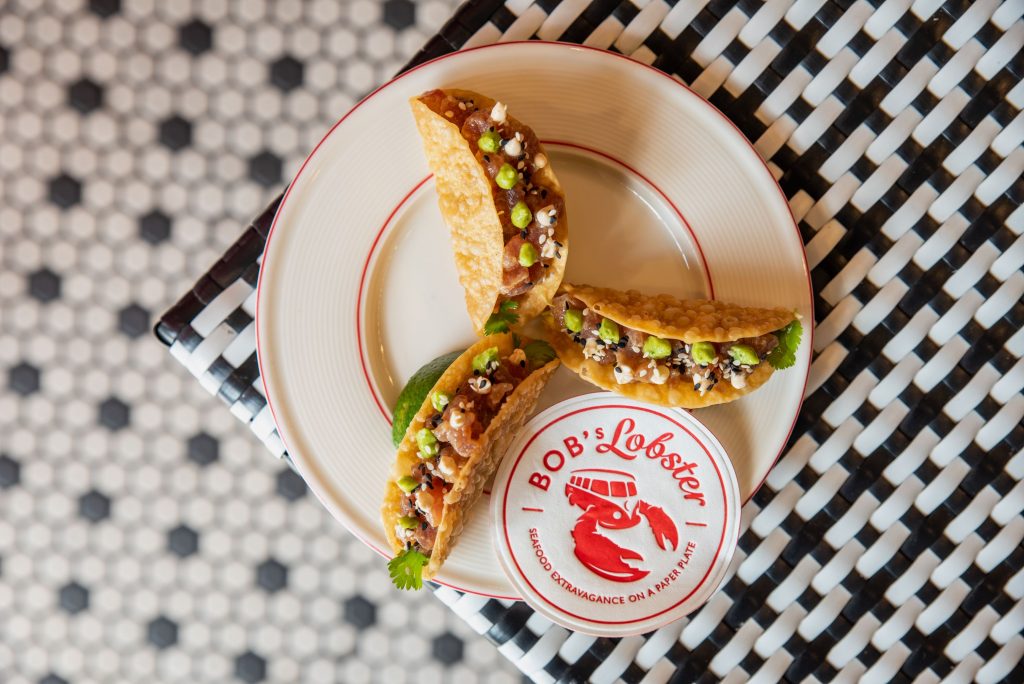 Our main course choices stuck with traditional big hitters from Bob’s past. The lobster tail arrived cleaved to expose a mound of plump white meat, begging to be dragged forth and drowned in the surrounding lake of rich vanilla and white wine butter, but it’s the lobster and crayfish roll which deserves all the plaudits. 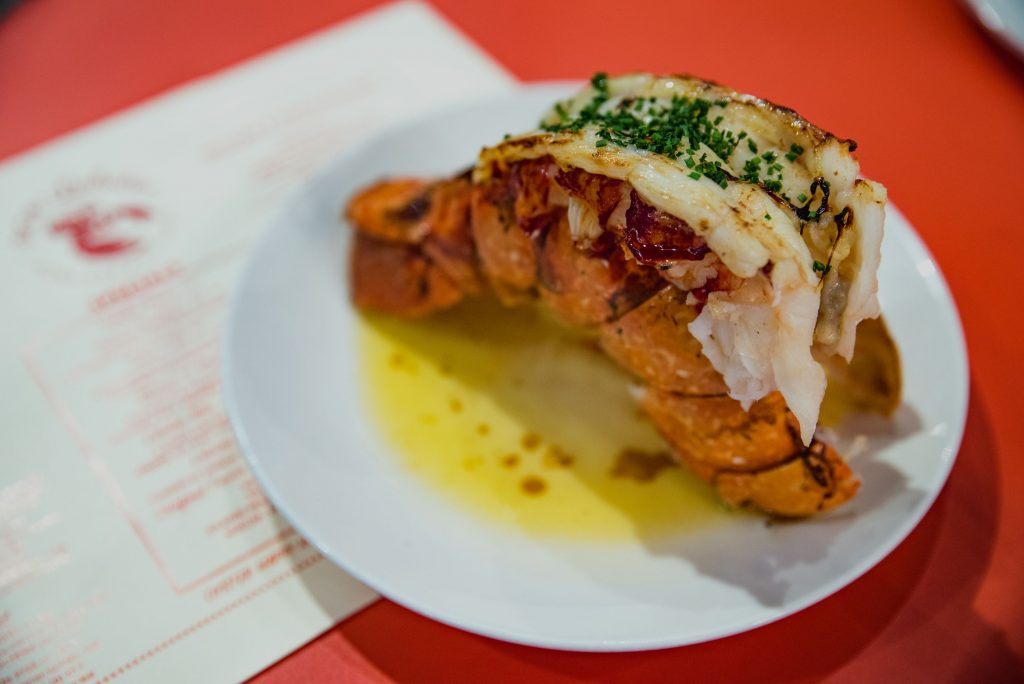 When Bob’s first started as a food van they took three months to perfect the brioche for their roll. After all, if that’s the headline act on your menu, it bears obsessive attention to detail and research. I’m pleased to say they’ve definitely cracked it. Soft, light brioche with a bit of crunch provides the perfect mattress for large white chunks of claw meat, bolstered with crayfish and fresh mayo. Perfect, because the precise level of toasting provides reassurance that the roll will continue to support the liberally buttered seafood to the very end, avoiding the embarrassment of disintegration. Although they still provide a wet wipe, just in case.

To complement the food, the wine list at Bob’s is thorough and inventive thanks to its familial relationship with Bedale’s of Borough Market. I washed down the main course with a glass of Alsatian Riesling while my guest had the instantly recognisable passion fruit and sharp green apple of the Marlborough Sauvignon Blanc. With these wines available by the glass we didn’t feel the need to consult the thicker wine list but with a cellar of over 100 wines, the venue definitely lives up to its status as a wine bar and kitchen. A cocktail list featuring an oyster martini is also worth discovering. 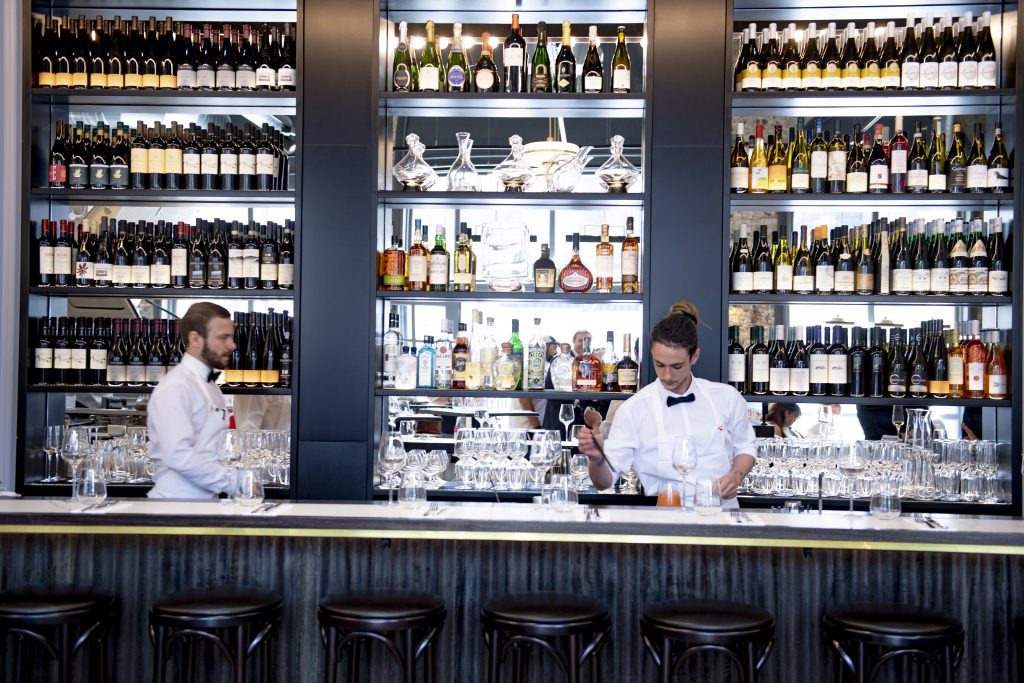 Once the wine was drained, it was impossible to resist the bread and butter pudding – a pain perdu of yesterday’s leftover brioche buns, swimming in a thick crème anglaise which carried a hint of caramelised orange. One to share is plenty, but don’t let that stop you from ordering a rich, dark chocolate brownie before slipping out of your booth and back to zone 1 London reality after your seaside retreat. 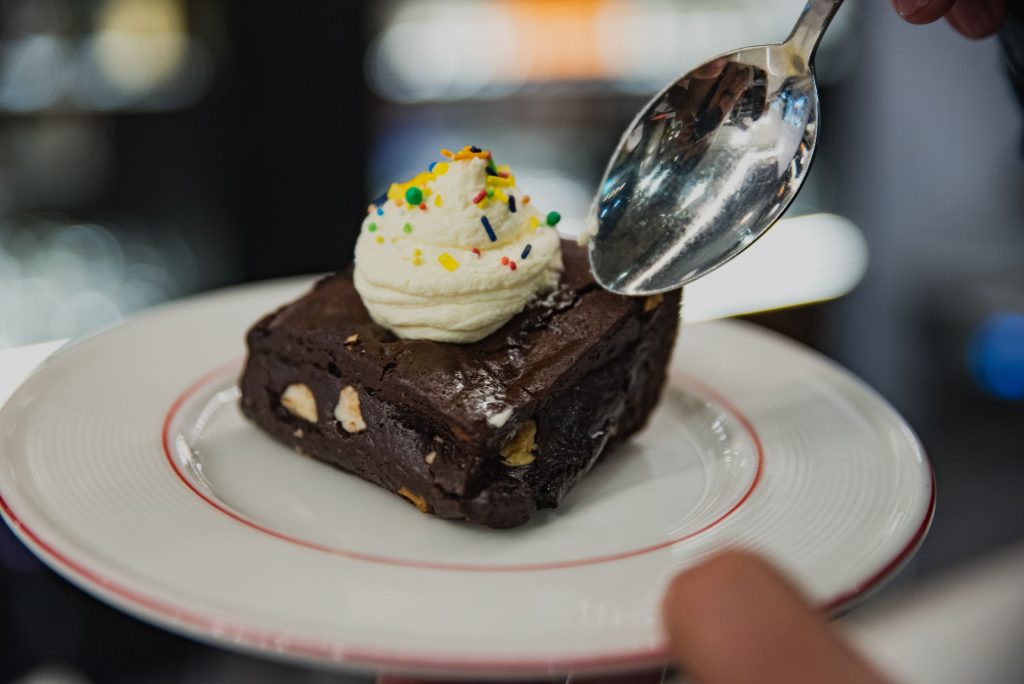 And that retreat is really what Bob’s Lobster serves to provide with seafood as fresh as it can be in the heart of the city. A taste of the coast for dinner before that train home, a luxurious spread of small plates and grilled fish or even a quick lunch, thanks to their newly launched express lunch menu. If you are looking for something on a weekend, there is a menu brimming with brunch delights like shrimp n grits – prawns deglazed in bourbon with a jalapeno and bacon polenta.

High quality, fresh and warming stuff and with winter rolling in, we could all do with a little bit of that. 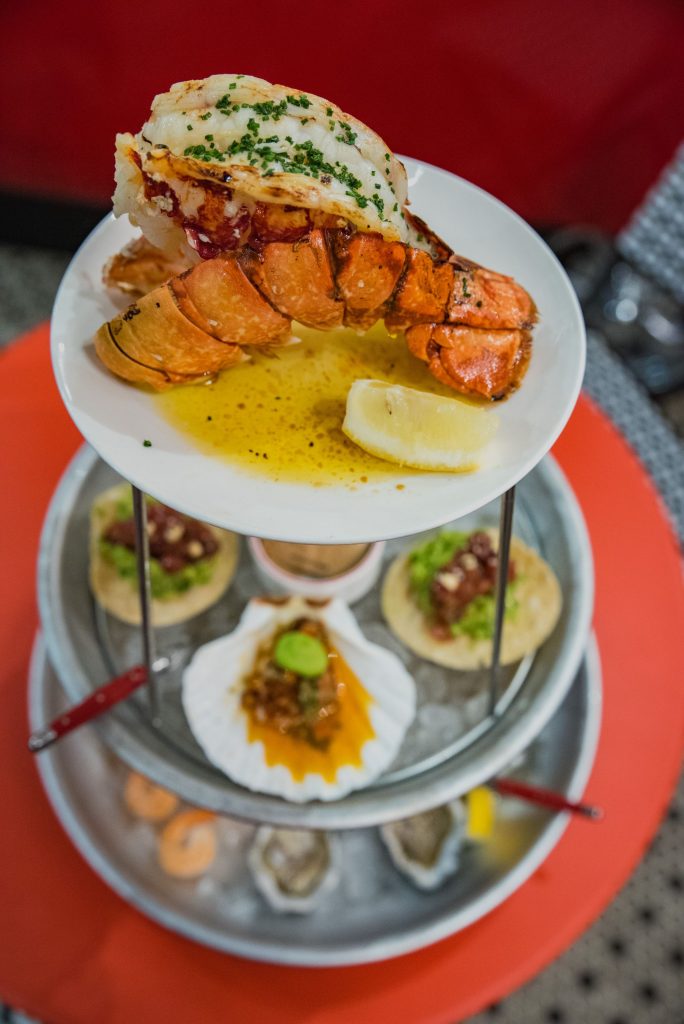