The Humble Chippie But Make It Fancy: Six By Nico Canary Wharf

There has long been a tradition among most British people to pair fish with chips. There is no doubt that this dish is a staple in British cuisine and culture. However, it is also loved all over the world and has an origin story that has been disputed. Six by Nico is definitely a part of this.

Many food historians say that a Jewish cook, a young Ashkenezi immigrant named Joseph Malin, opened the first chippie in 1860 in London. From then on, the iconic dish became part of the city’s culinary culture, despite its long association with the seaside. For more than one hundred years, the Malin family ran that pioneering chippie until closing its doors in the early 1970s.

Those who grew up observing the traditions of the Catholic Church will know all about the meat guilt on Good Friday. Whilst my father is arguably a lapsed Catholic now, Fish Fridays were very much the norm growing up. I chose to break away from tradition one Sunday in December, to dine by numbers with a fixed-price six-course tasting menu titled “The Chippie” from Chef Nico Simeone. 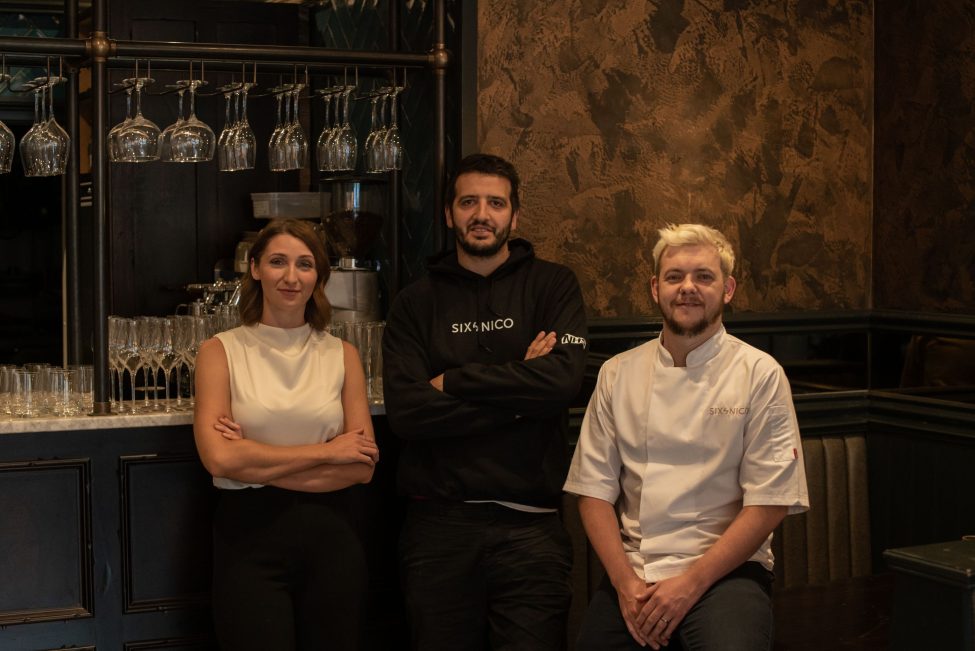 “The Chippie” at Six by Nico, a concept which was devised by Glaswegian chef/entrepreneur Nico Simeone, has swept across the nation with iterations in Nico’s hometown of Glasgow, Belfast, Liverpool, Manchester, Dublin, and London. Previous themes have included Thai street food, childhood, Catalonia and a firm favourite of mine, Guilty Pleasures.

Paying tribute to the most iconic of British traditions, the festive twist on the iconic menu takes inspiration from Scottish-Italian chef Nico Simeone’s family fish and chip shop in Glasgow, featuring favourites such as deep-fried Mars bars, scampi, cheesy chips, and steak pie. 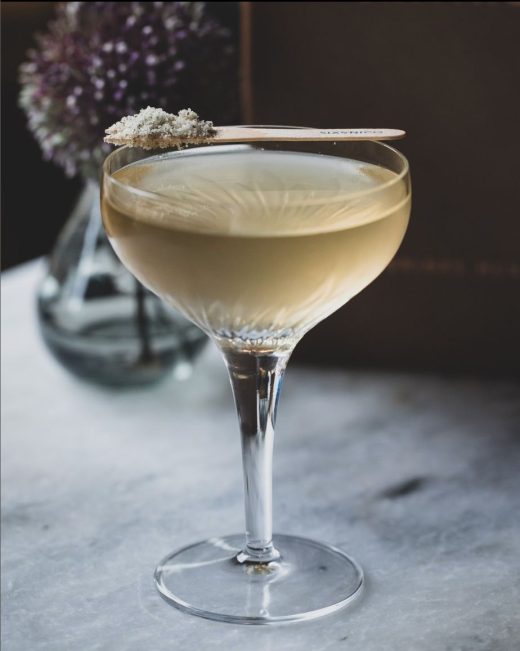 The aperitif, Seaside 75, arrived promptly at the table. The drink was a mixture of earl Gray and lemon, generously topped off with crisp prosecco bubbles, with samphire and a wooden chip fork filled with tongue-tingling sherbet. You may change your mind about prosecco if you’re not a fan like me. Sherbet and samphire add a unique twist. 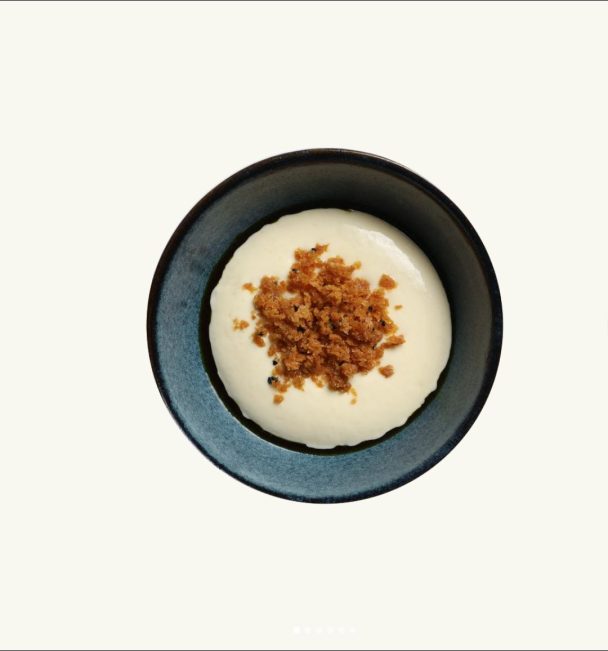 To start, we enjoyed a wonderful first course of Chips and Cheese, which has taken an elevated glow-up since I last sampled this combination – a throwback to Zorbas Kebab shop in Southampton circa 2012. Here, chips and cheese have been given an elegant twist. A delicious bowl of parmesan espuma arrived first, served alongside a crisp potato terrine and curry oil emulsion. The espuma (Spanish term for foam/froth) was light and perfectly aerated, complemented further by the crispy potato, before finishing with a pleasing tanginess from the curry oil emulsion. I would happily have dunked those spuds in that cheesy bowl of goodness for the rest of my days. 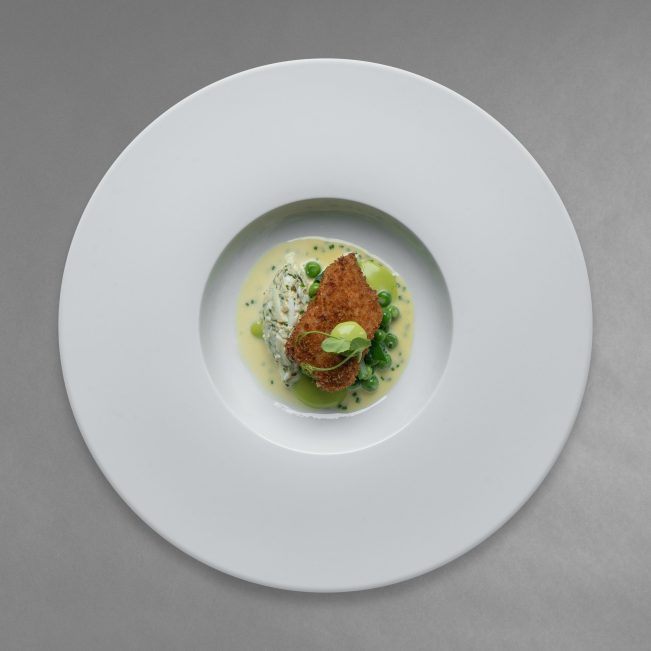 The second surprise of the evening (believe me there were plenty) Scampi, crispy monkfish, dill emulsion, gribiche, peas and beurre blanc was perfectly executed. Monkfish isn’t known for being the prettiest of fish, with its mottled skin, huge flat head and a gaping mouth filled with menacing teeth. However, when handled right – you’re left with wonderfully meaty white flesh in a beurre blanc jacket. Irresistible. The addition of the dill emulsion created contrast against the rich butter sauce, keeping the dish wonderfully delicate and light. A tangy gribiche sauce (posh tartare) was tasty, (made by emulsifying hard-boiled egg yolks and mustard with a neutral oil like canola or grapeseed) but not a game-changer. 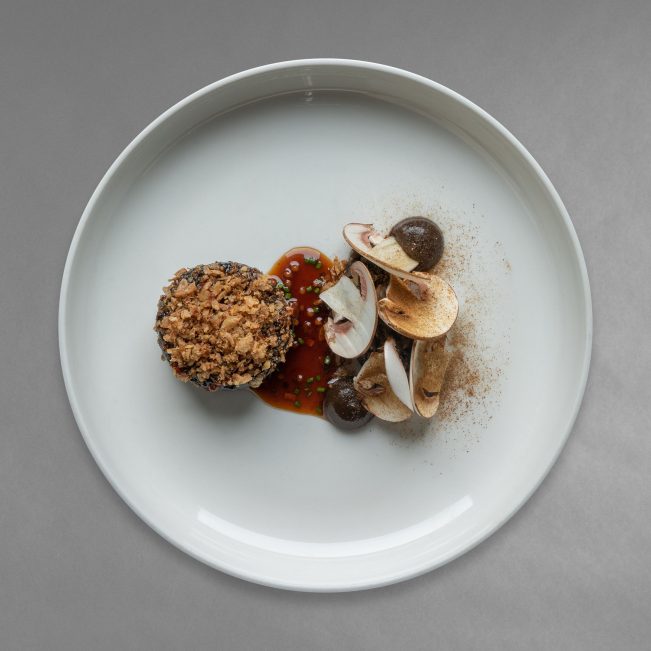 Our third course was accompanied by a glass of Amauta Malbec from Argentina. From the sea, we moved on to a deconstructed steak pie. A classic chip shop dish was reimagined by Nico. It is always a gamble to attempt to deconstruct something that already exists in its most perfect form. Nico must be a gambling man since this dish was sensational. Melt-in-the-mouth beef was so tender and unctuous, punctuated with delicate flecks of sweet and smoky burnt onion ketchup. Stunning. Shavings of mushrooms provide a rich earthy flavour to this dish. On a textural level, I’d have preferred more crunch.

Another knockout dish brought us back to the sea for the fourth course, with Scrabsterr coley joined with pickled mussels, confit fennel, samphire, and a beer emulsion. This tasted like a day at the seaside. I was quickly transported to sunny afternoons at the Neptune pub along Whitstable beach (if you know you know).

We returned to land with course five and a dazzling trio of pork with apple, black pudding, salt-baked celeriac and choucroute. Exceptional pork cookery here, accompanied by tried and tested flavour combinations that sang with every mouthful. 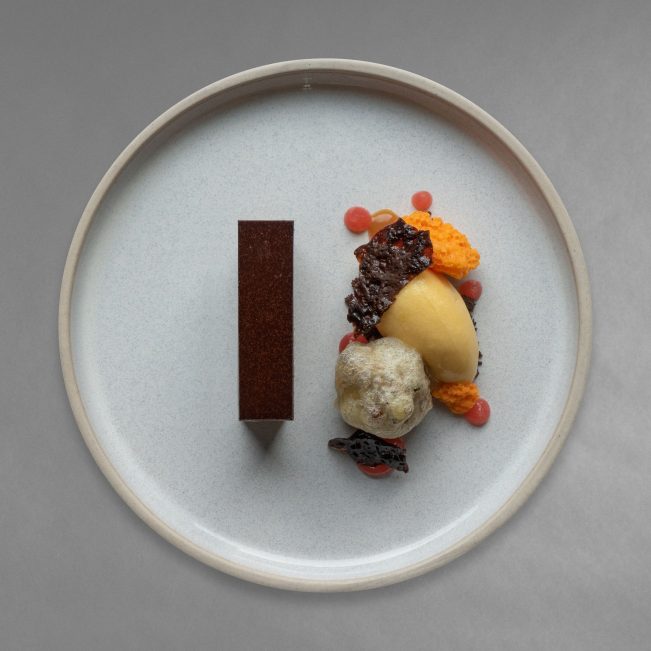 The naughtiest chip shop treat arrived for our last course. Taken from a chippie in Stonehaven some twenty-odd years ago, the battered Mars bar arrived on my plate, to a chorus of umms and ahhs. Having never tried the Scottish delicacy before, I was slightly underwhelmed that my introduction was two small spherical balls and not the real deal. However, we’re fine dining in Canary Wharf my guest shrewdly reminded me. I can only describe it as sitting somewhere between a doughnut and a hot chocolate-filled cookie. Served alongside perfectly smooth chocolate pave and Iron Bru Sorbet. I’m not the biggest fan of Iron Bru, so this fell flat for me, but fans of the neon orange fizzy pop brand will take comfort in knowing it was just like the real thing.

The Chippie food experience runs until 15 January 2023. The menu at each London restaurant costs £44 per person plus an additional £35 for expertly selected wine and specialist drinks pairings. A vegetarian and vegan alternative to every course is also available.

All imagery courtesy of Six by Nico.