Farzi Café London is the kind of restaurant that is buzzing with atmosphere at 5pm on a Friday and it is obvious why. The team are seamlessly delivering delightful Indian plates to tables and mixologists are creating brilliantly inventive cocktails and creations.

Farzi Café London opened in January 2019 in London’s Haymarket with a cleverly short menu and a modern interpretation of traditional Indian cuisine using ingredients you won’t expect. Must orders are some tandoori lamb chops marinated in a three chilli infused yogurt with a saffron cream and a seared venison with a south Indian style coconut masala and pink pepper corns.

We caught up with Head Chef Nikhil Mahale to talk about Farzi Café’s journey so far in London. 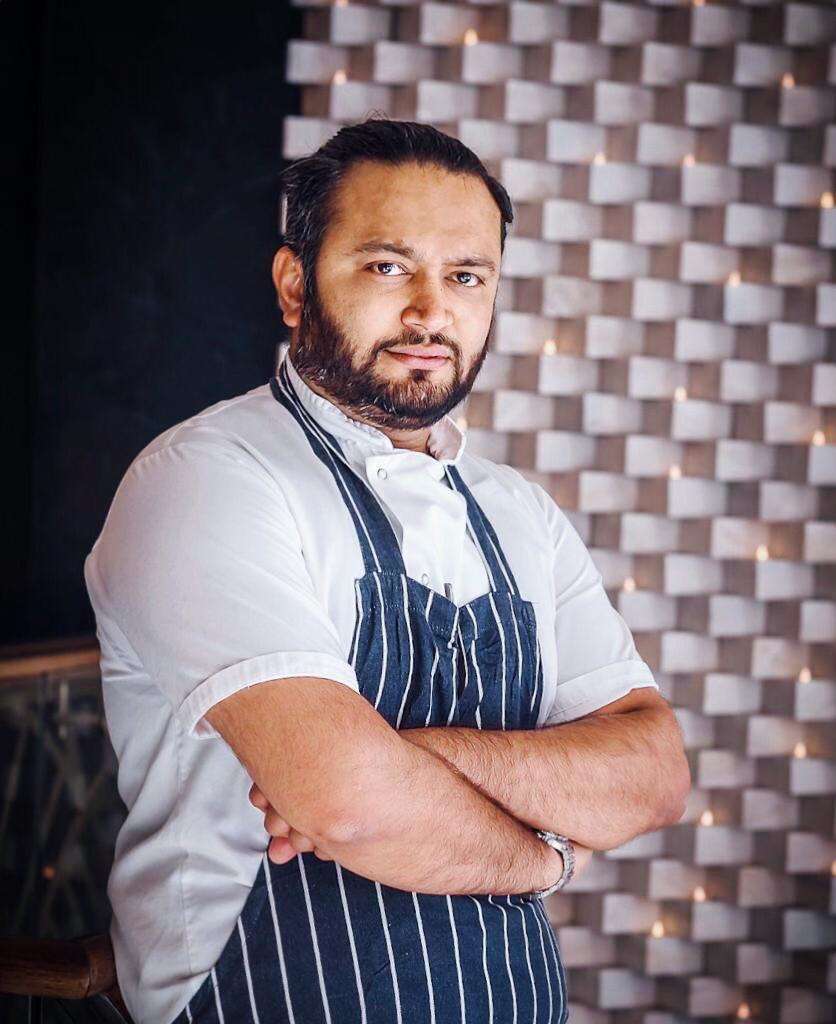 Farzi Café is a brainchild of Zorawar Kalra, Founder of Massive Restaurants, India. His vision was to showcase the evolution of Indian Cuisine and put Indian food on global palate. Innovation being the founding pillar, Zorawar always endeavours to create an unparalleled dining experience. 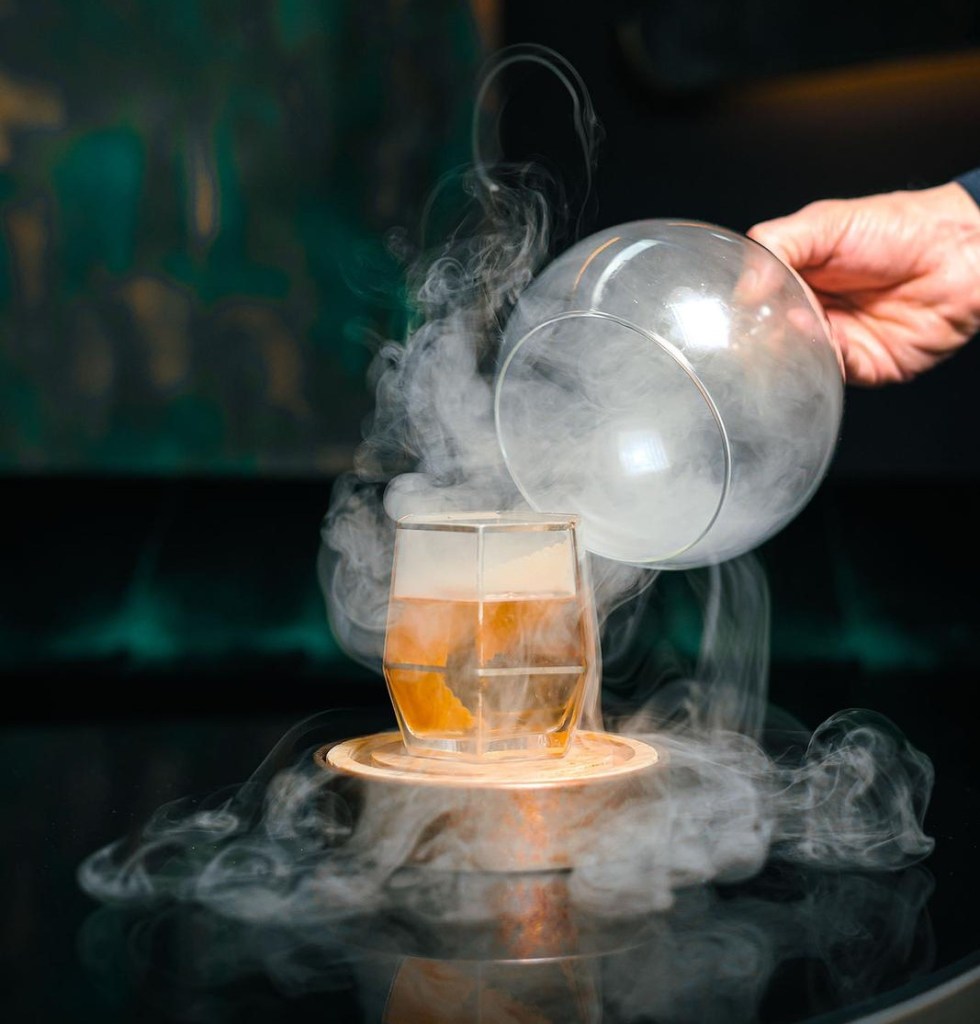 After international success of Farzi Café in Dubai, our Directors in London were approached by Massive Restaurants to partner up in London. Together with a team from India, Dubai & myself, we redeveloped the menu and the food for the expert UK palate.

Even our team of mixologists headed by our Bar Manager Din Jusufi worked on cutting edge cocktails, using ultra tech scientific equipment like homogenisers and centrifuges. There is actually a full on cocktail lab downstairs and the preparation for some of the drinks takes even longer than the food we prepare. 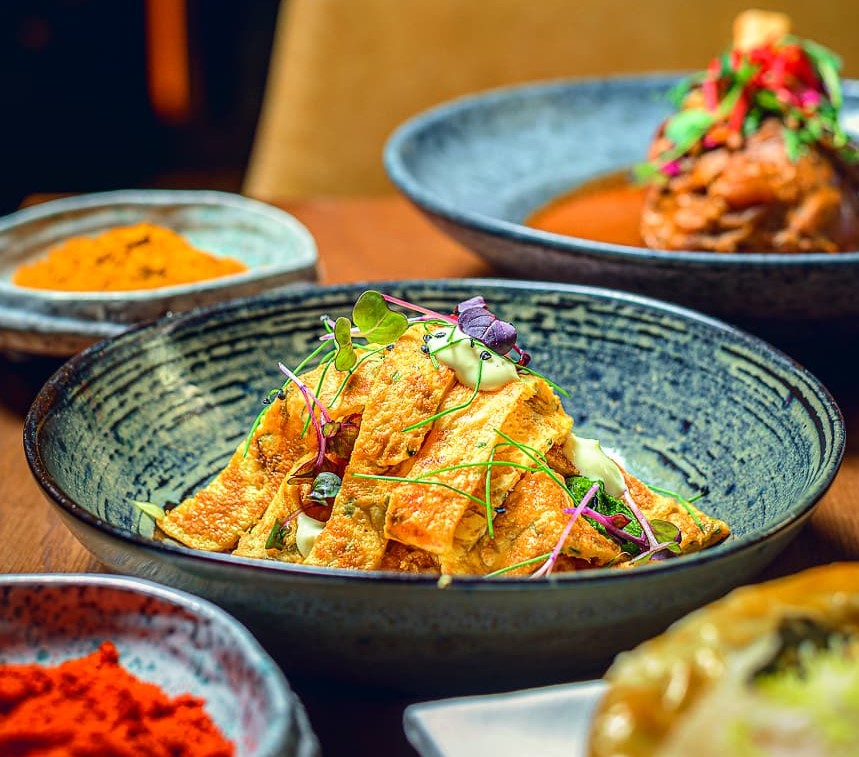 My goal is to always bring the experience, the flavour of traditional authentic recipes cooked by mums, grandmas all-over the sub-continent. At Farzi Café London we strive to bring that flavour back but refined into progressive form for an unforgettable dining journey.

My pastry chef Jussell & and I both love a dessert named “Anjeer Barfi” (Fig Fudge). We tried developing it in the test kitchen, but it was too heavy and sweet for a traditional dessert. We then created a lighter version of the pudding. We added some ginger to it and it was an instant hit within our team. That’s how we presented it as our Fig & Ginger Pudding at Taste of Winter and won an award for it. 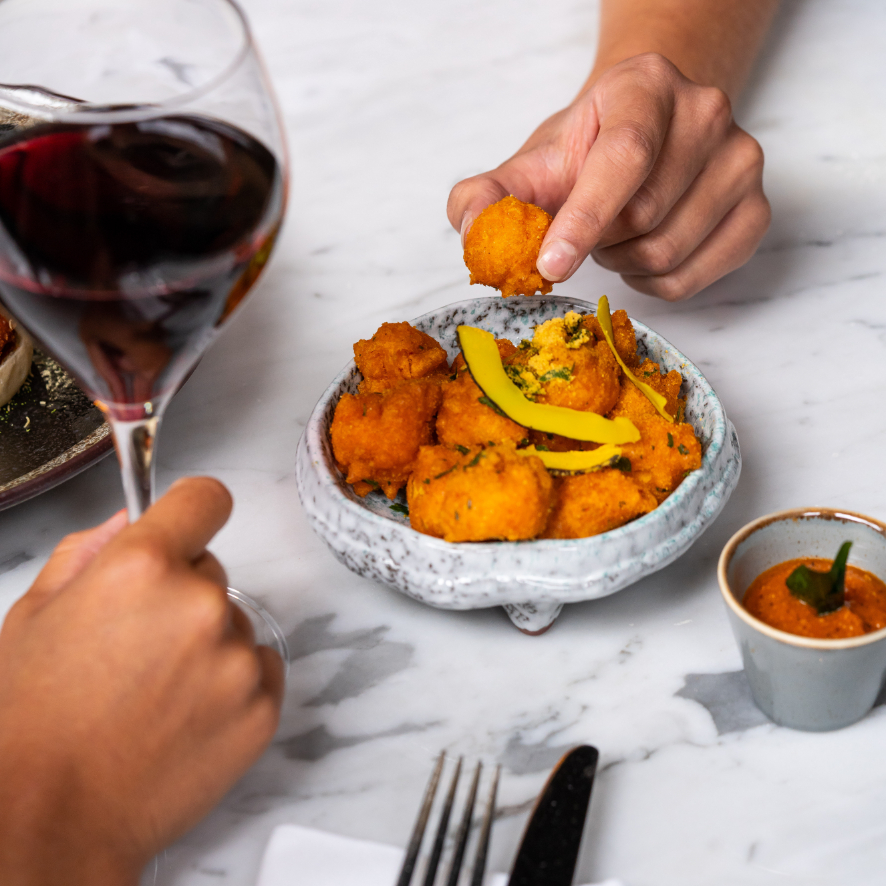 We are already experiencing progressive modern gastronomic cuisine, and the future to me looks like back to old school style “from pan to plate” without refining or doing any complex experiments with food.

Currently I am cooking whatever my 7-year-old feels like eating! 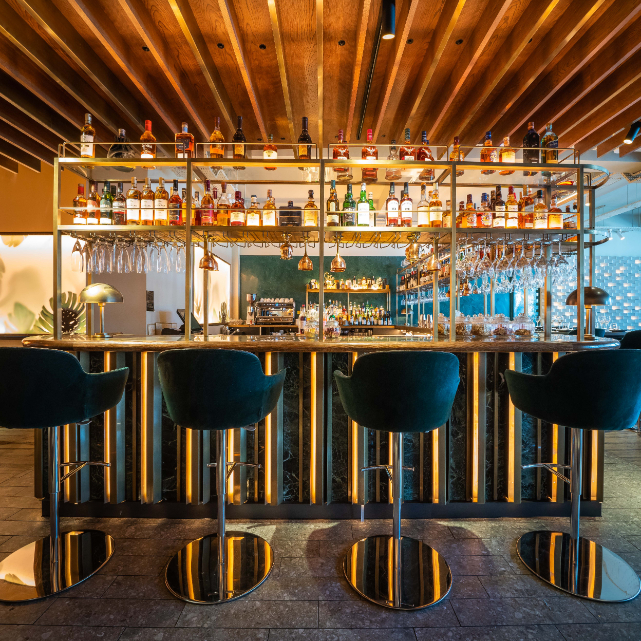 Hot Stone – it’s a Japanese restaurant, I have been dining there for a couple of years now.

We have been planning on introducing some theatrical dishes on our new menu for some time now. Also, we are working on a new site for the second Farzi Café London and opening a restaurant in Canada.