The Fortnum & Mason Food and Drink Awards, now in their ninth year, champion excellence in food and drink writing, publishing, broadcasting and photography. The Awards were presented in 2021 by Claudia Winkleman and Angela Hartnett (also the Judging Panel Chair) at a spectacular party at The Royal Exchange. 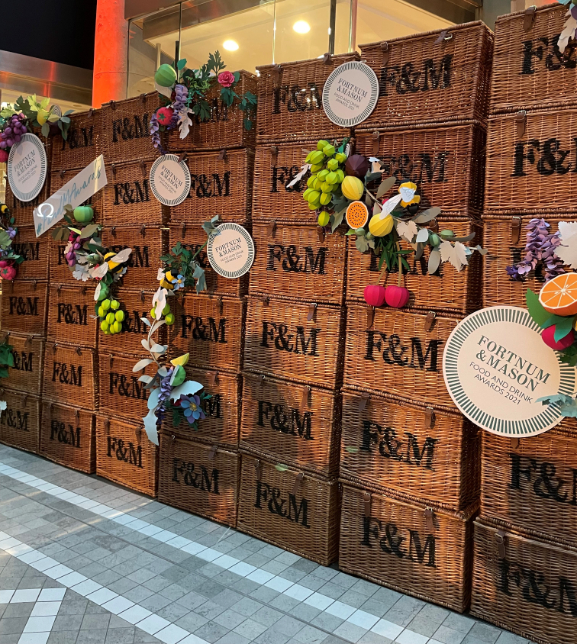 The Judges’ Choice Award went to the doyenne of London’s dining scene, Fay Maschler, for her long-standing dedication to restaurant writing. Fay spent 48 years at the Evening Standard before taking on her latest role as a food writer for Tatler.

The Fortnum & Mason Special Award this year went to chef Larry Jayasekara who worked tirelessly throughout the pandemic to feed the NHS. The Michelin-starred former head chef of Petrus led an army of chefs at Le Pont de la Tour, who together prepared over 1000 lunches a day for workers at University College Hospital. 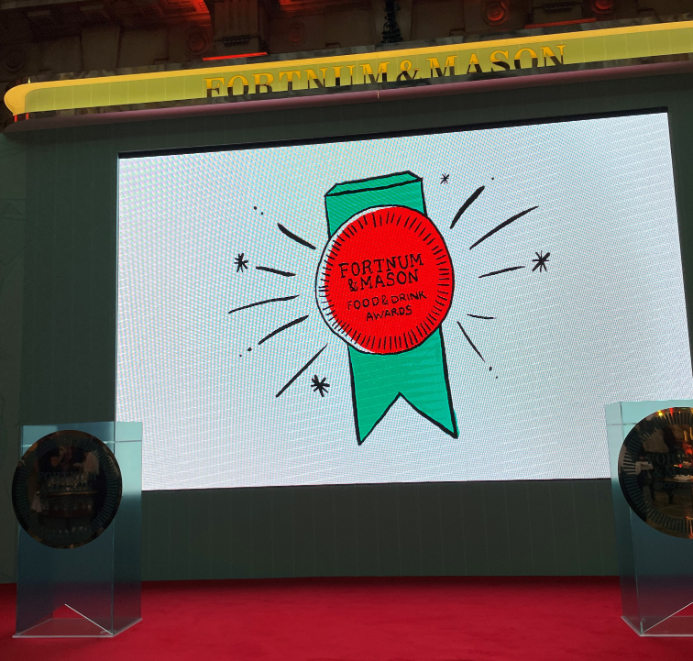 Cumbrian farmer James Rebanks collected the Food Book for English Pastoral, his insightful and honest account of how he decided to farm in a more sustainable way. The book is a stirring history of family, loss and the countryside over three generations on a Lake District farm. The winner of the Debut Food Book went to fellow Cumbrian, and Guardian food writer and restaurant critic Grace Dent. Hungry is her tender and hilarious account of her journey from 1980s Carlisle to the world of London restaurants, it is her charming memoir to family, food and chip butties.

The Cookery Book went to Sami Tamimi and Tara Wigley for Falastin, a lavish compendium celebrating the recipes, stories and people of Palestinian food. In the Debut Cookery Book category, pastry master and chef at the Holborn Dining Room collected the Award for his first book The Pie Room – a celebration of British pie classic sweet and savoury.

Food Writer went to Ruby Tandoh for work in Vittles, a food newsletter created at the start of the pandemic which has developed into growing global platform of food and drink writing. Georgina Hayden took the Cookery Writer Award for her work in Waitrose Food Magazine.

At the age of twenty-one Victoria James was named America’s youngest sommelier.  Her memoir, Wine Girl, winner of the Drink Book is an unflinching account of life in New York’s glamourous, yet toxic, fine-dining world. Debut Drink Book was won by bartender Cas Oh for his book Co-Specs, an indispensable A-Z guide to classic cocktails which took five years to create.

Rob Lawson took home the Photographer award for his series of sensual drinks images inspired by the world of fragrance. Drink Writer went to Will Hawkes for work in Tonic Magazine and Pellicle, while Jimi Famurewa received the Restaurant Writer award for work in the Evening Standard’s ES magazine. Sarit Packer & Itamar Srulovich of Honey & Co won the Radio/Podcast Award for their Food Talks series.

Personality of the Year was won by James Martin, chef and host of ITV’s Saturday Morning show and Digital Creator of the Year went to recipe site Pinch of Nom.  Both categories are chosen by the public where fans from across the country vote for their favourite foodies. 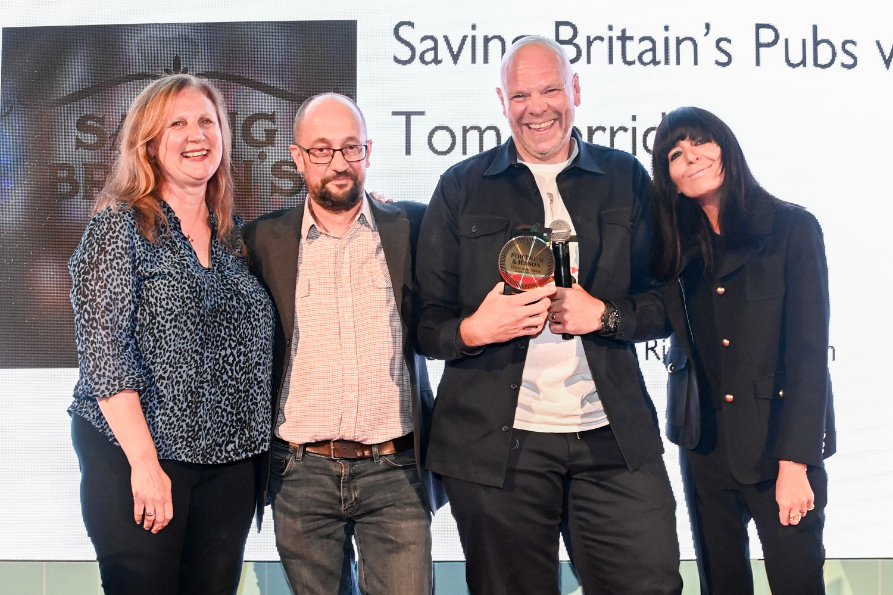 SHORTLIST: How To Drink Without Drinking by Fiona Beckett, published by Kyle Books / Octopus
SHORTLIST: Inside Bordeaux by Jane Anson, published by Berry Bros. & Rudd Press

PERSONALITY OF THE YEAR