If buildings could tell stories then Hartwell House would be an intriguing novel. Before becoming a luxury hotel, restaurant and spa, Hartwell House was home to the infamous Louis XIII and his louche court. However, Hartwell’s history goes a lot further back than that, dating back to the early 17th century. The grade 1 listed building feels like a real house and at the same time is celebrating 30 years as a hotel this year.

As we knew we were in for a history filled luxury escape, we decided to marry old and new, arriving in a stunning new head turning Tesla Model S 100D. Having never driven an electric supercar, all preconceptions were set to rest as the battery lasts 300 plus miles per charge and can be plugged in at home or at rapid charging stations around the world. 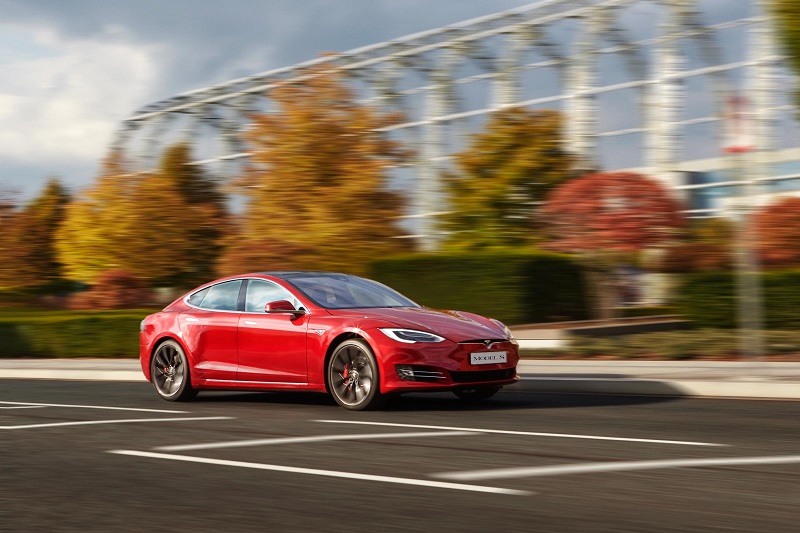 A sleek 17 inch screen dashboard inside controls almost every car option and even comes with Spotify. Power comes as standard with 0-60 mph taking just 2.4 seconds, a Tesla is also designed for safety from the ground up. A car for all weathers, just press the T on the dashboard to unlock some secret fun features when you’re not on the move. 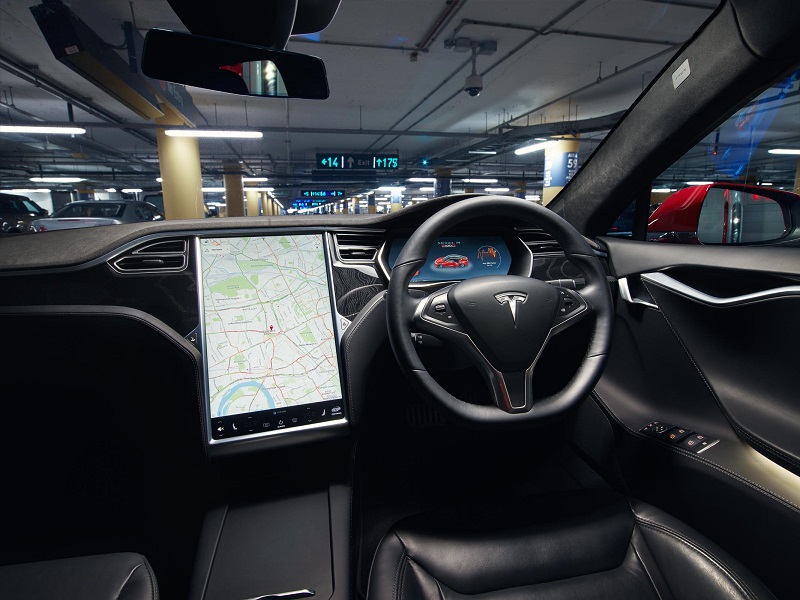 A dramatic driveway kept us in suspense and then after turning a corner, the house appeared in all its grandness. Located near Aylesbury, Hartwell House is an easy one hour drive or train from Heathrow Airport and Central London, perfect for a luxury weekend escape. They also have a helipad. Buckinghamshire has the highest number of National Trust properties in the UK as well as interesting river side towns like Marlow so there is plenty to do and see. 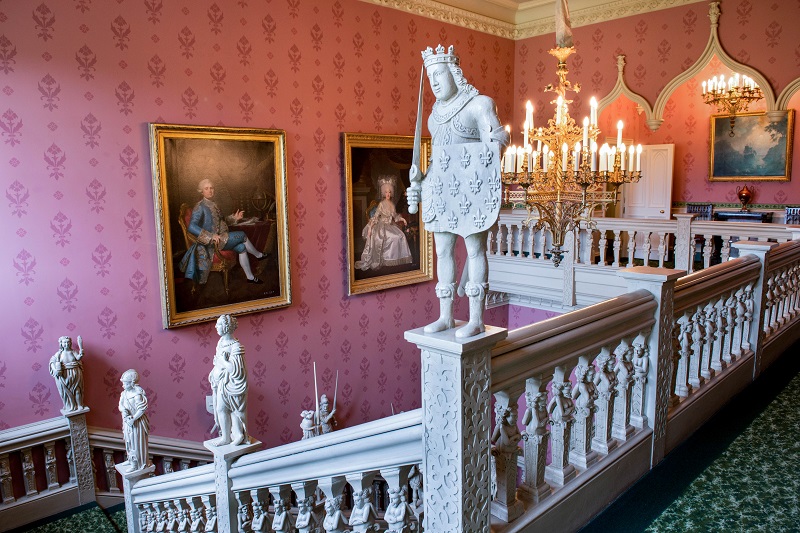 Hartwell House is a Relais & Chateaux property and has just 48 bedrooms and suites, some named after members of the court of Louis XVIII. You can even stay in Louis’ room at the top of an original and intricate Jacobean woodwork lined statement staircase. We stayed in the Maids of Honour room which 210 years ago was occupied by Queen Marie’s Maids of Honour where I am sure each creak of every floorboard tells a naughty story. A recent series we highly recommend called Versailles shows what life was like back then which really made the story come to life. 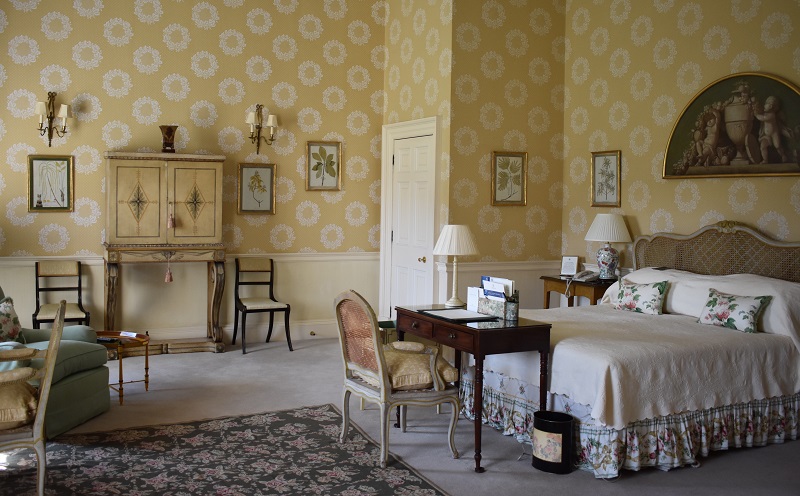 Our room in the main house was comfortable, spacious and relaxing complete with lush heavy bathrobes for lounging. Our room was peppered with antiques and period features you expect to find in a magnificent 17th century stately home yet combined with mod cons you expect of a 5 star property. A few bedrooms on the second floor also open onto a sheltered roof garden where Louis XVIII’s servants used to grow fruits and vegetables.

Famous visitors have included President Bill Clinton and the Emperor and Empress of Japan but Hartwell House don’t shout about it but instead quietly get on with the business of making guests happy. Hartwell House interestingly also belongs to the National Trust who look after and protect much loved gems from houses, buildings and gardens to coast and countryside. 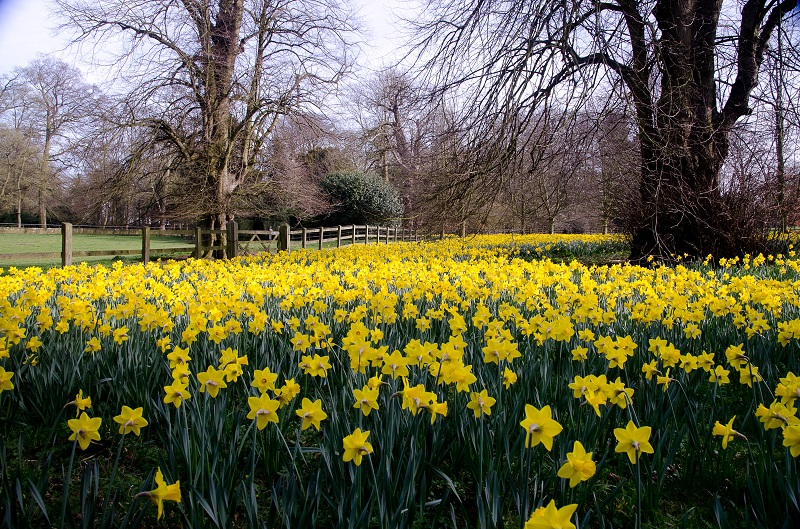 The National Trust cares for an amazing 94 acres of gardens around Hartwell House. We grabbed a map of the estate (that comes with a tree guide!) and spent an afternoon walking around coming across a church, swans and even a mile-long double avenue of limes. If you are feeling more active, two tennis courts and a croquet lawn will keep you entertained. 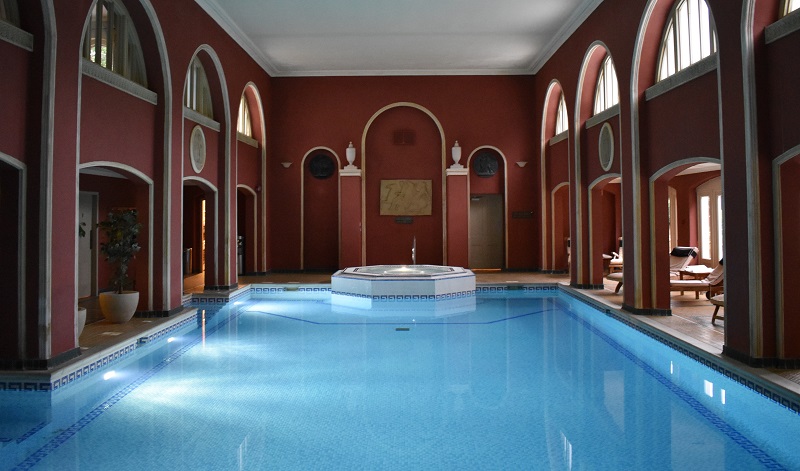 Hartwell Spa is well worth a visit. As well as a range of beauty treatments with charming therapists, a mosaic-lined indoor pool, sauna, steam room and gym are great for working up an appetite before dinner. A large pool is heated to an idyllic 30c so it made swimming laps easy. You are also welcome to doggy paddle or just hang out in the jacuzzi with a magazine. 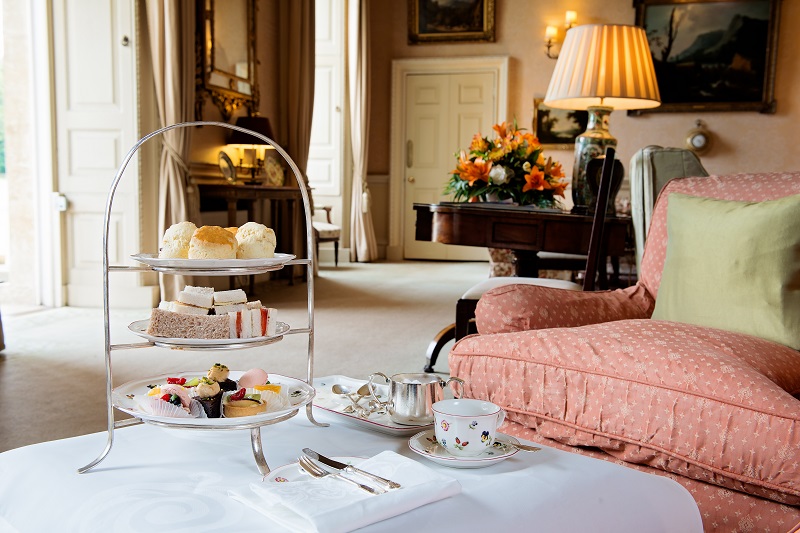 Afternoon Tea is a quintessential British tradition with debates ongoing for hundreds of years about whether cream or jam should be placed on a scone first. At Hartwell House, Afternoon Tea is served in a choice of Drawing Rooms (ask for a table with a fireplace) overlooking the gardens on pristine Villeroy & Boch crockery with sandwiches, scones and cakes. 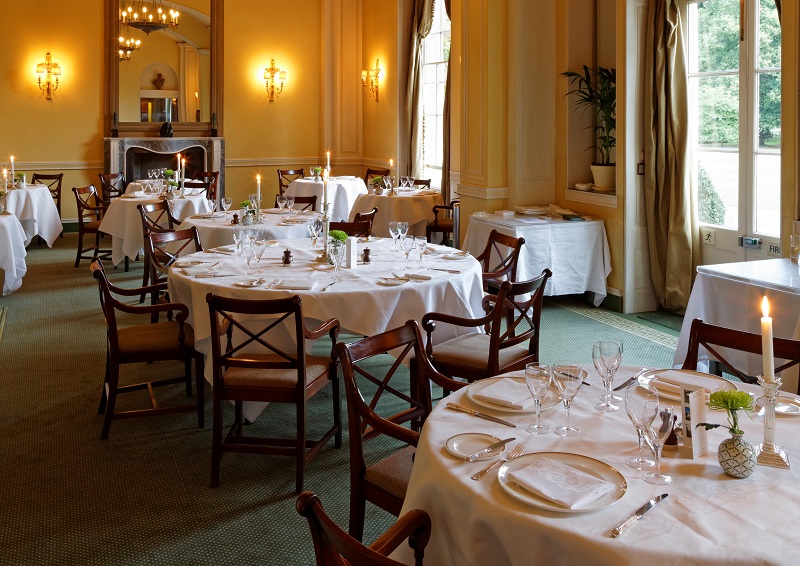 As the sun sets, enjoy pre-dinner drinks followed by a candle lit dinner. There are two romantic tables by large windows so be sure to book these in advance. Menus are imaginative and feel local. For starters, tender beef carpaccio was paired with mushroom marmalade, an ox cheek croquette and a quenelle of truffle ice cream. Yes, truffle ice cream. An ice cream so rich, smooth and pungent that I wanted it for dessert! A main course of halibut in a Thai shellfish broth was well executed too. 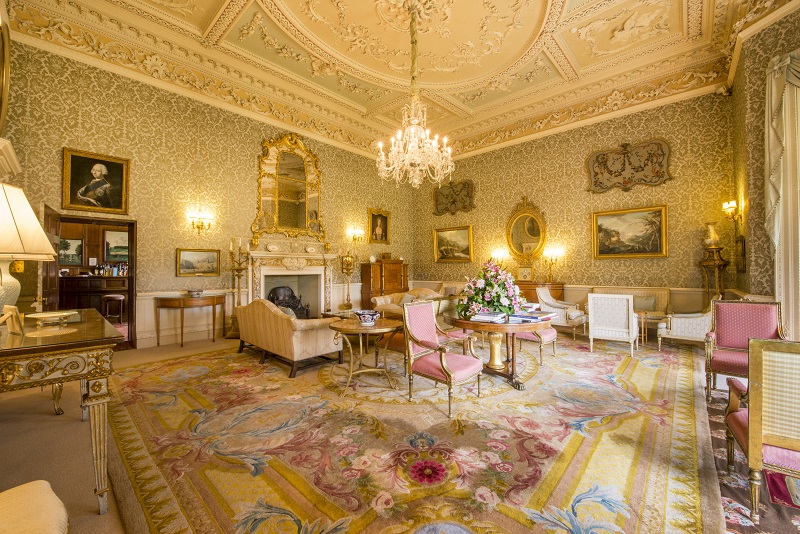 Hartwell House may be traditional but now also have a smartphone app which is full of useful information so download it before your stay. Like me, Hartwell House is celebrating big this year with a “real” birthday of almost 1000 years as a stately home and 30 years as a hotel which we look forward to visiting again as the seasons change. Feel like a King (or Queen) for a weekend, dress up to the nines and head to Hartwell House for a luxury escape.

To book and discover more about Hartwell House, visit: www.hartwell-house.com 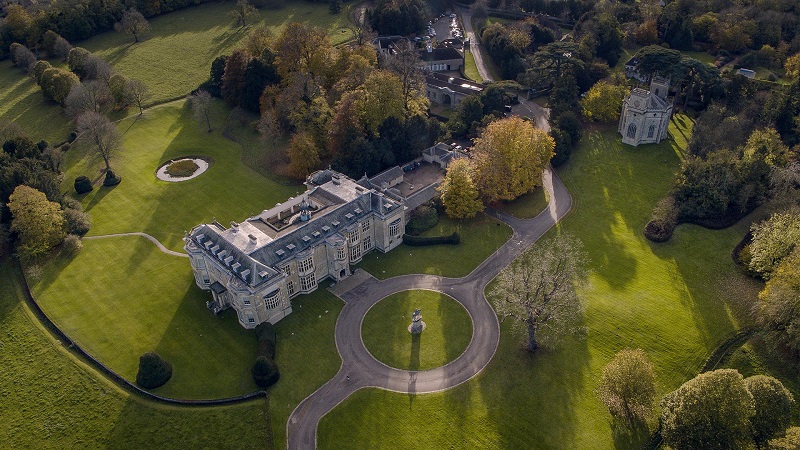