Inside King of Soho: A Moment with Alex Robson and Howard Raymond

King of Soho, founded by Alex Robson and Howard Raymond was created with the vision to symbolise the unique spirit of London’s Soho district. Having began with intrinsically crafted gins and now joined by the more recent stunning selection of vodkas, King of Soho continues to spread Soho’s distinctive charm across the globe.

We caught up with Alex and Howard to discuss everything from the inspirational past, present achievements, and future endeavours.

Alex – An epiphany over a late-night gin martini in a bar in Soho. We were in Zebrano’s on Greek street, originally the Establishment Club of the 1960s, it was known for its comedy, satire, cabaret, and provocative humour. There is nothing like being confronted with your own destiny in an infamous Soho institution!

Howard – Yes, we wrote a business plan on the back of a cocktail napkin, old school.

Alex – It was supposed to be me in a Robin Reliant, electric of course – whizzing round Soho selling a few bottles of gin to bars! The reality of the last ten years has been me on a plane selling thousands of bottles of our craft gin across the World. The timing was right, the gin renaissance had just begun, and our spirit resonated. 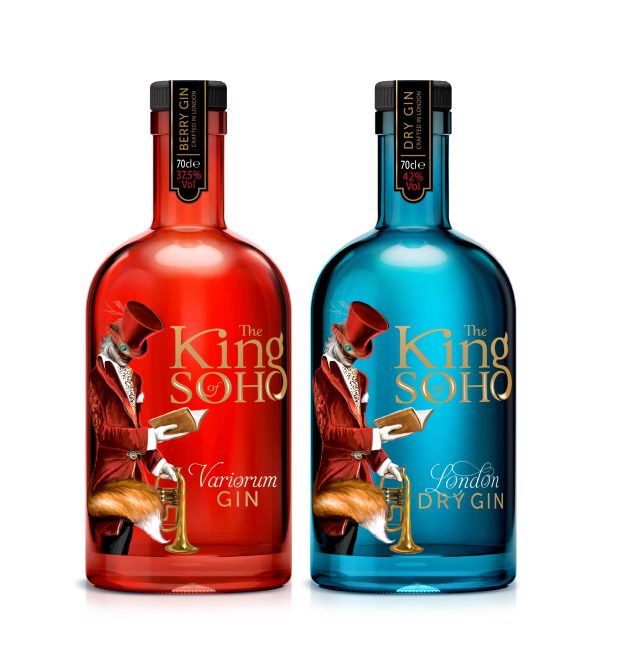 Tell us about the King of Soho gins and what makes them different?

Alex – We launched the brand with a bespoke super premium London Dry Gin in a bold and colourful bottle featuring our ‘Spirit of Soho’ character, as we encapsulated the things that make Soho unique. I head the day-to-day running of the business, am hands on and we are one of a few female led truly independent gin businesses in the country.

Howard– The gin is five times distilled in the heart of London which is not what all London Dry gins are. It’s made in small batches by an 11th generation Master Distiller whose family started distilling around the same time as the word ‘Soho’ was coined for this area of London. We created the flavour profile, which is citrus led, most notably grapefruit, the forbidden fruit!

Alex – Our Variorum pink gin was created to celebrate the fifth anniversary of the brand and was very much my baby. I took the London Dry, lowered the ABV to 37.5% which allowed the more delicate botanicals such as the chamomile to shine through and added fresh strawberry after distillation.  A contemporary gin, low sugar, just enough to marry the flavours – floral chamomile leads on a wave of soft juniper with a suggestion of citrus, it has a luxurious decadent feel. I call it my party-gin.

Howard – My family’s history with Soho started in the 50s when my Dad, Paul Raymond opened the iconic private members club the Raymond Revue Bar, in Walker’s Court. Later he became the largest landowner in Soho, and he was affectionately dubbed ‘The King of Soho’. Personally, I spent much of my misspent youth indulging in what the district had to offer. I also helped set up Madame Jojo’s for my father. The Spirits are a celebration of my Dad’s life and legacy. Soho wouldn’t be what it is today without him.  He was all about entertainment and fun. Soho is fun and so is gin, a natural pairing. Gin was also his drink of choice in the 1950s and 60s.

Alex – ‘We are all King amongst friends’ is the brand’s mantra and this is reflected on the streets of Soho today. A place where you find social activity and daring characters who push the norm, no one should tell you who to be, how to dress or how to drink your drinks. Anything goes in my book!

The King of Soho Copacetic Vodka is brand new. What made you get into vodka?

Alex – We had been chatting about vodka for some time but only started working on it in April of this year. We felt that the time was right, as it’s clearly a drink people are becoming excited about again and it’s always been popular with Howard! The spirit in its vibrant purple bottle celebrates the ascendancy of vodka in the late 70s and early 80s and the next stage of Paul’s life when he started to buy up large chunks of property in Soho. Vodka heralded the dawn of the disco era, epitomised by big hair, big flares and big cocktails.

Howard – We called it Copacetic Vodka to reflect our advocacy to the making of premium spirits. Copacetic is an American word, rarely used, until now! It means exceedingly fine. It was important to us to create a British vodka, using copacetic English wheat; expertly distilled, it is an exceedingly smooth spirit.

How important is sustainability to The King of Soho?

Alex – Very important, it always has been. Glass is the only packaging material that is 100% recyclable. The decoration process on our bottle is innovative, the ink organic, 100% recyclable and eco-friendly. The production site where our bottles are made is committed to a goal of carbon neutrality.

Howard – We have also noticed more and more people up-cycling the bottles using them as decorative items such as lamps or candle holders. The Soho character on the bottle encompasses so much of the history of Soho, art, music, fashion, and the mystique of the night life, our bottles are a thing of beauty.

What are your favourite bars in the UK at the moment?

Alex – Sorry, I am a bit of a bar flirt! I see beauty everywhere I go. I don’t have a favourite as such, as the landscape changes and bartenders move. My office is in Soho, near Greek Street, so I spend quite a bit of time around there. I can often be found in Martinez, Little Scarlet Door, Zebrano’s, Café Boheme, Sophie’s, My Place…the list goes on! Fallow at St. James Market is another spot I frequent and other places such as 180, the Soho House with a river view, are on my way home. Both Fallow and Martinez have extremely talented young bartenders who create fantastic martinis. I love experimenting with the guys behind the bar.

Howard – I leave the drinking to Alex.

If you were to award a Michelin star in mixology right now, who would it be to and why?

Alex – It would have to go to my good friend Josh Linfitt, who is a recognised and awarded mixologist. He is the bar manager at Michelin starred, Chef Adam Handling’s Ugly Butterfly in Cornwall.

I have watched him grow creatively over the past few years not just in his cocktails but also with his art and music. His creations are about more than the execution. He is a testament to commitment and hard work; it doesn’t happen overnight, and it is inspiring to see someone get the recognition they deserve. This year saw him crowned 3 times, with a focus on zero waste cocktails and he was also named as one of the World’s Best Mixologists in April 2022. 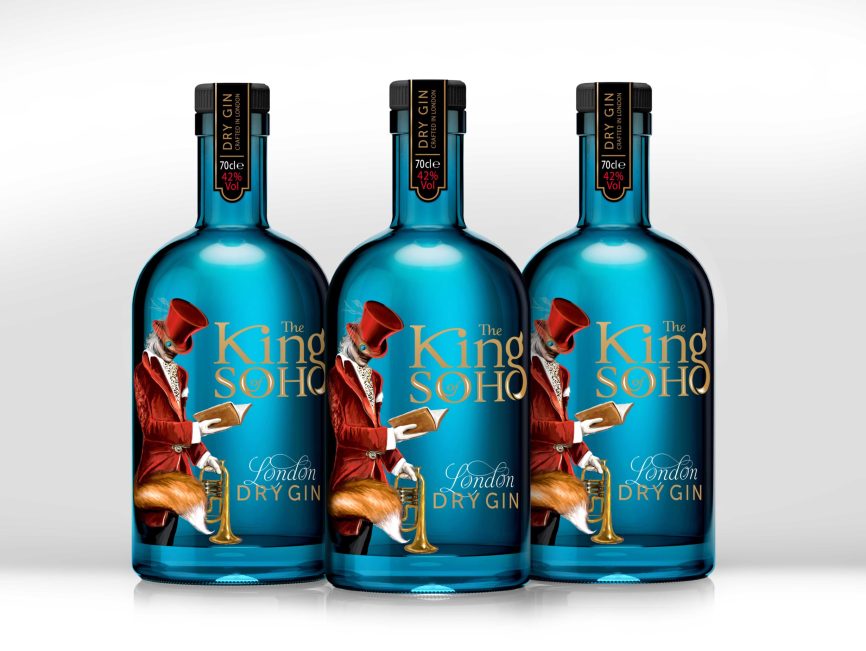 What is next for The King of Soho?

Alex – At the moment in the current eco-political climate it is all about thinking outside the box. It is a balancing act between maintaining strong foundations and being able to continue to innovate and grow. There are challenges today, which nobody dreamt about 3 years ago, tenacity is most certainly ‘King’. Saying that, we have new product lines and new markets earmarked for 2024, but the work is being done now. Traditionally we have grown organically but we might now look to acquire.

Howard – Global expansion, as we continue to spread the Soho spirit. Also importantly continuing to play an active part within our own Soho community. And I must get Alex that Robin Reliant!

A post shared by The King of Soho Drinks (@thekingofsoho)

All imagery courtesy of Spirit of Soho.