The Mexican party continues at the new Mezcalito Islington

You are likely familiar with the fiesta that is Mezcalito Chelsea, which opened its doors in 2018, bringing a bit of Mexico to London. Mezcalito quickly became the spot for all things tacos, tequila and fun. Mezcalito Islington opened earlier this month and I had the pleasure to join the party. 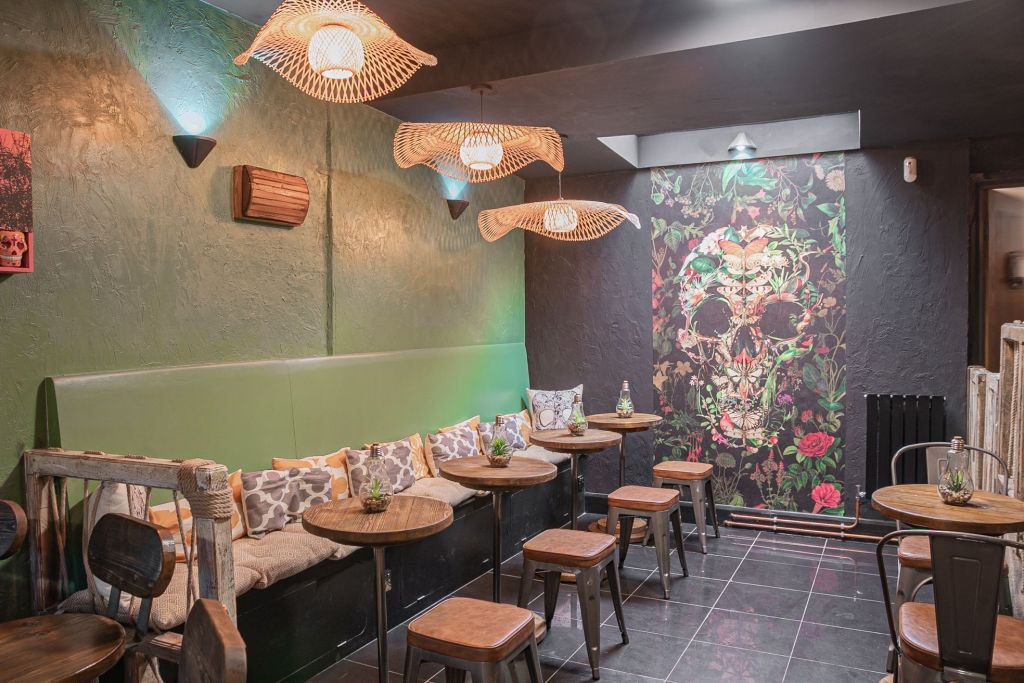 The teal blue awning welcomes you off the street along with a sign on the sidewalk pointing you towards Mexico. The charming and quaint spot is filled with old driftwood design elements, and even the remains of an old ship transformed into a table. The nautical theme continued with ropes, paddles, white-washed shiplap walls and light fixtures meant to look like sombreros. A bit of the spirit of Cinco de Mayo was incorporated in the design as well, with trendy skull décor and dark green and black accent walls. For a more social scene, I recommend sitting outside. For a romantic intimate feel, I recommend sitting towards the back of the restaurant on the cushioned bench. 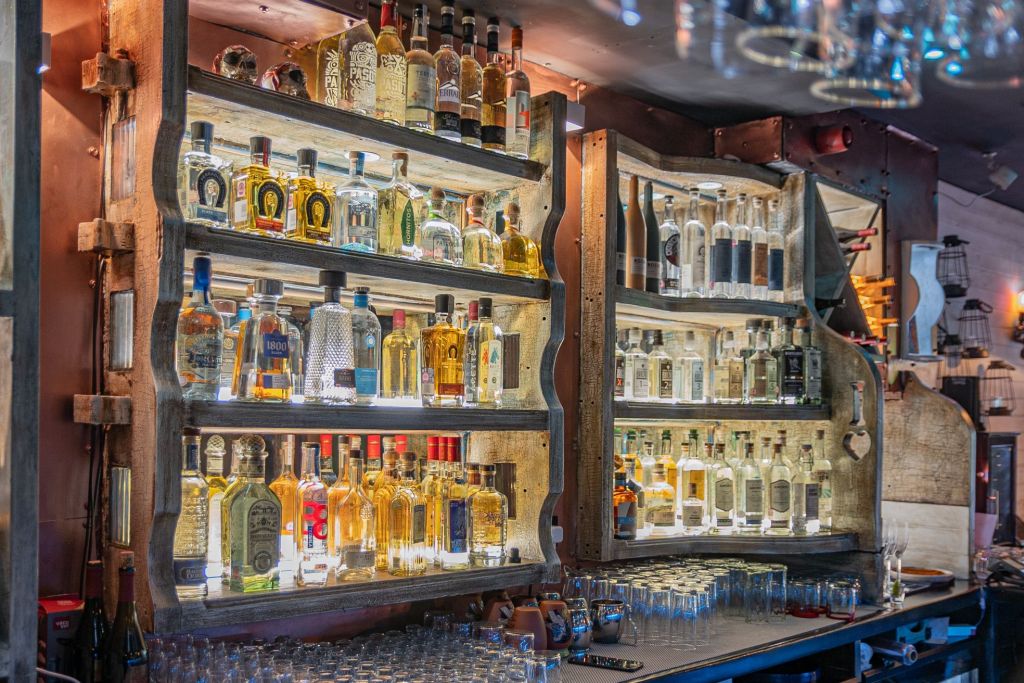 The drinks menu at Mezcalito Islington takes you on a journey across the different regions in Mexico, each reflecting the different flavours, traditions and cultures of the regions. I ordered the Margarita Picante, consisting of tequila, fresh lime juice, agave, salsa Valentina, Chile de Arbil and Tajin. Being a Texas girl, this spicy margarita felt close to home. I have not found a comparable one in London, but this margarita had those really authentic Mexican ingredients like Tajin (an addictive powdery mix of salt, citrus and chilli). 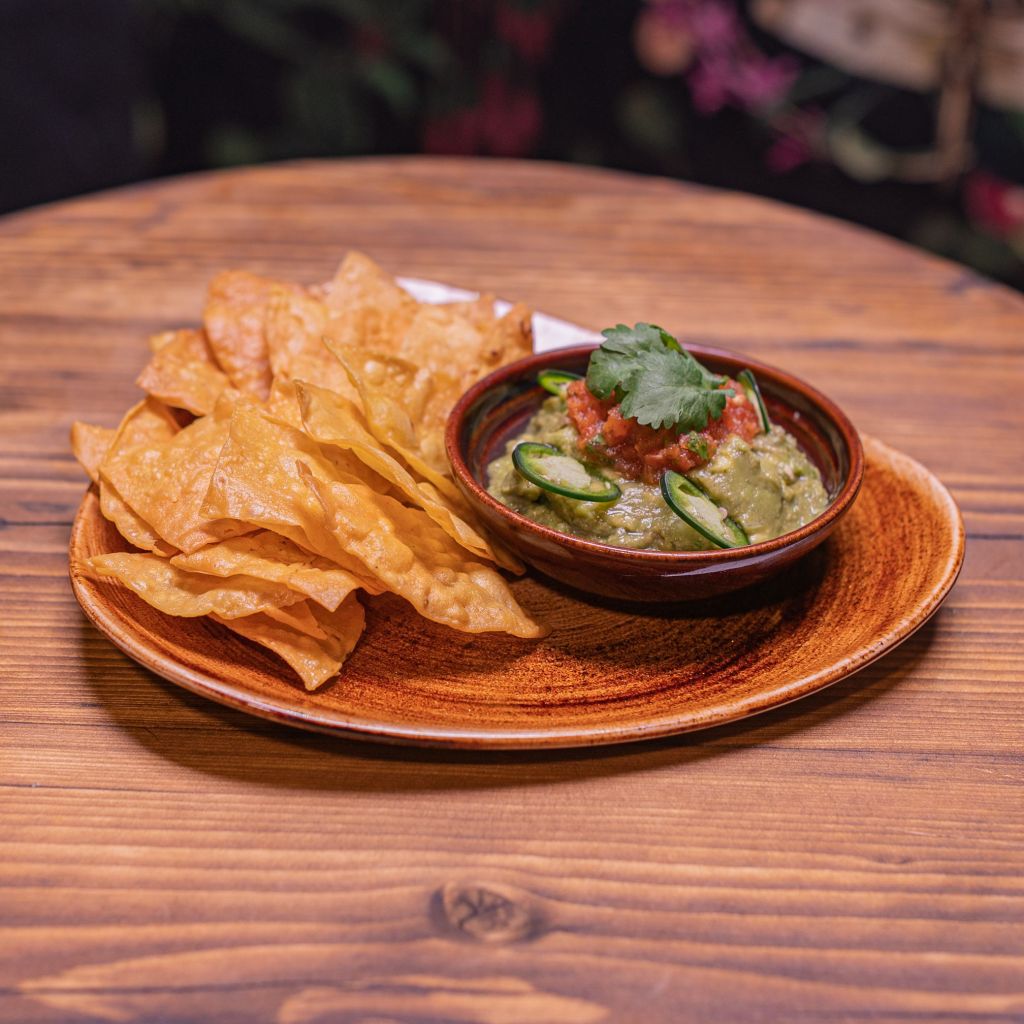 To begin, we started with the fresh guacamole made in-house each day paired with the homemade corn tortilla chips, a classic. The crispy chips combined with the soft guacamole topped with freshly sliced jalapeños and salsa leaves you wanting more. We also ordered the jalapeño poppers filled with cream cheese and coated with crispy breadcrumbs, served to dip in a tangy chili lime mayo. The presentation was wonderful with the lime mayo carefully placed in a decorative design on the plate. This flavour combination works so excellently, not too spicy, super crisp with a warm soft, creamy interior. The Patatas Mexicana was the final starter we tried, crunchy potato wedges seasoned in Mexican lime sauce and chipotle sour cream. These thick-cut potatoes were bursting with flavour and the spirit of Mexico. 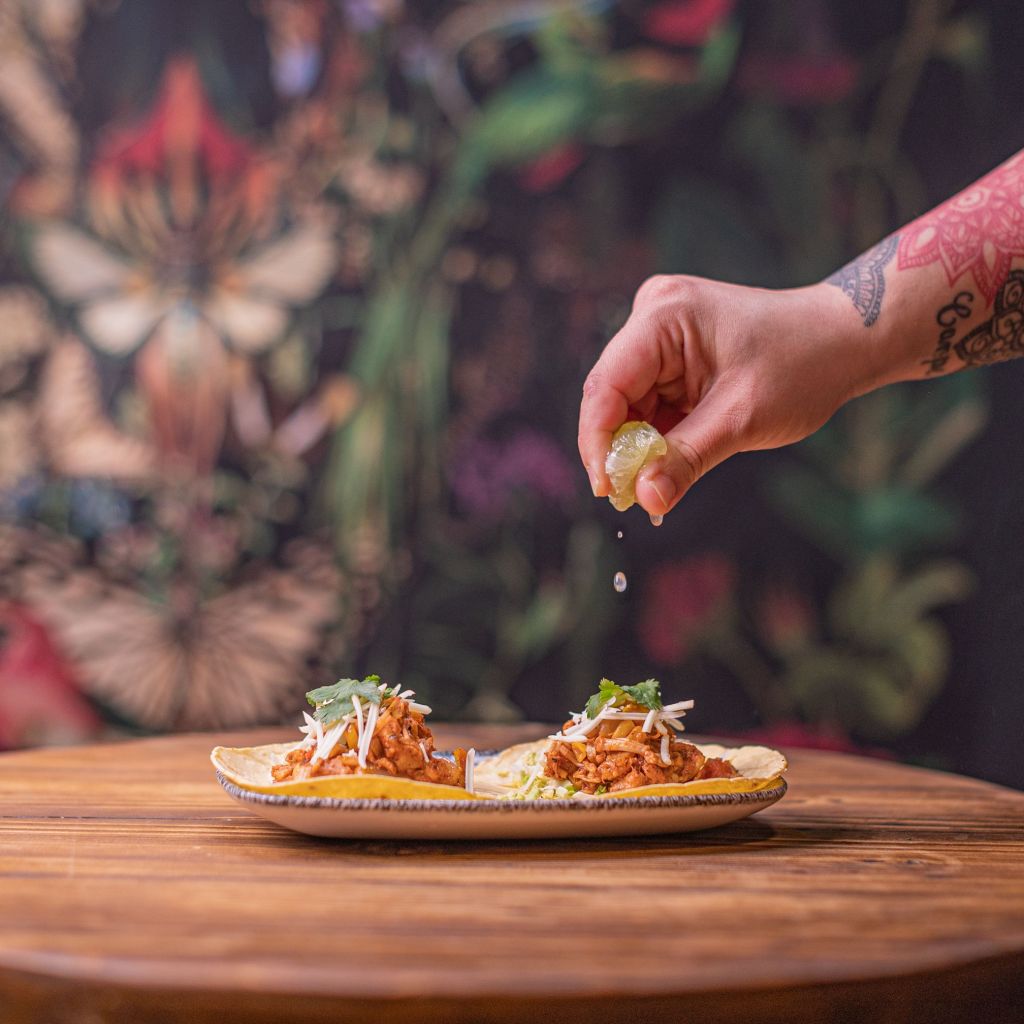 Next up, tacos. We ordered the chicken tacos and carne asada tacos, each arriving in a pair with a small lime wedge to squeeze for fresh flavour. The chicken tacos consisted of a mountain of cheese, guacamole, tender strips of marinated chicken and salsa. The grill-blackened chicken added a nice barbeque touch to the taco. The carne asada tacos were loaded with marinated sirloin beef, mashed black beans, queso, salsa de la casa, sautéed union and coriander. These were gone in a minute, we could not put them down. 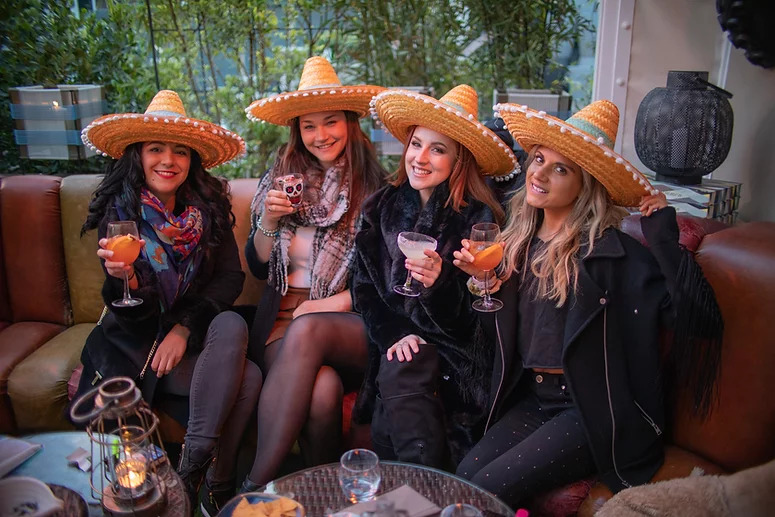 At this point in the evening, a two-man mariachi band began playing. Dressed in the traditional Mexican garments, sombreros and all, the Spanish tunes and high spirits added another layer of romance and fun to the night. The friendly staff began passing out sombreros for all of the guests, and all it took was a few minutes before everyone was letting their hair down to dance with the band. Leading the pack was a lady who I learned is a regular attendee on Wednesday evenings just to see the mariachi band. Everyone was dancing to the music and for a minute I forgot we were in London. It wasn’t until I noticed people walking past on the street, looking envious as if they wanted to come join the party. 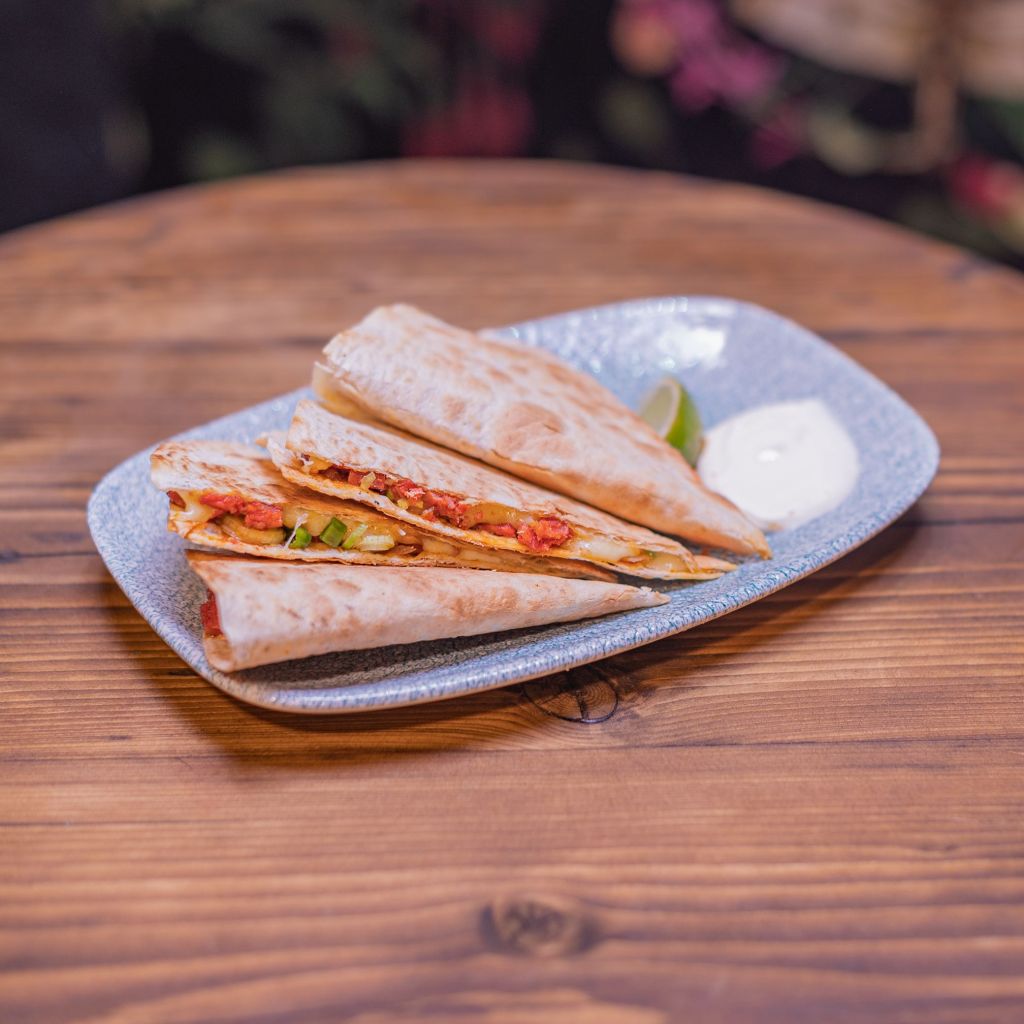 After a bit of dancing, we had worked up more of an appetite. We ordered the Chorizo à la Mexicana and the natural quesadillas. Such a simple dish, but executed deliciously. The flavour of the chorizo mixed so well with the onion, chilli habanero, and melted cheese. The dish felt like a cohesive unit with its own unique taste, instead of one ingredient overpowering the rest. We were quite full after this course and opted out of a dessert, but they do offer an option of Plantanitos Fritos or Churro Rellenos. The Plantanitos Fritos is a fried sweet plantain covered with condensed milk, queso fresco and black pepper. And of course, the classic churros included chocolate-filled churros and icing.

Overall, Mezcalito had a wholesome community feeling throughout the evening. The staff was the most attentive, sweet and fun, and they really tried to immerse the guests into the spirit of the Mexican culture. It was a delightful evening. I may have to make the Taco Tuesdays or Mariachi Wednesdays a part of my weekly schedule.

All imagery courtesy of Mezcalito Islington.