Antigone at Regent’s Park: A reimagining of the Greek Tragedy for our times

If you think you know the classic tale of Sophocles’ ‘Antigone’, leave your preconceptions at the door. The original story was written in Greece in 441BC. Inua Ellams’ contemporary reimagining brings us straight into 2022, asking ourselves in over 2000 years has politics changed at all? As Regents Park Open Air stages its first Greek Tragedy in its 90 years, we see the country go into mourning and a new Prime Minister is sworn in. This ambitious and outstanding production almost feels like a rapid response piece as it comments on the political and social climate in England today. 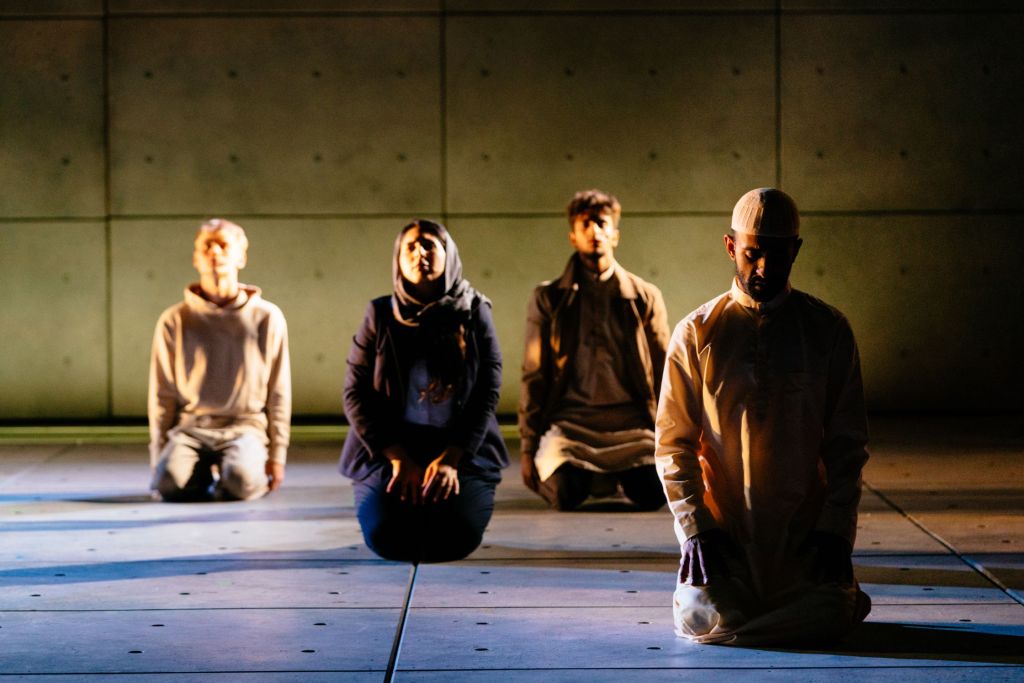 Directed by Max Webster and Jo Tyabji, this pertinent modern-day production follows Antigone, a youth centre worker from a Muslim Pakistani British family in England. As centres across the country are shut down, we see Antigone’s family break apart. ‘Anything can be used as a weapon if in the wrong hands…including the law’. This daring and brave adaptation holds a magnifying glass to the prominent prejudice and Islamophobia sadly present in society today. ‘This is England’ we hear harrowingly echoed over and over by the cast as the tragic story and events unfold. At its core, this political piece is about principles, human rights, power and the extremes people will go to get it. 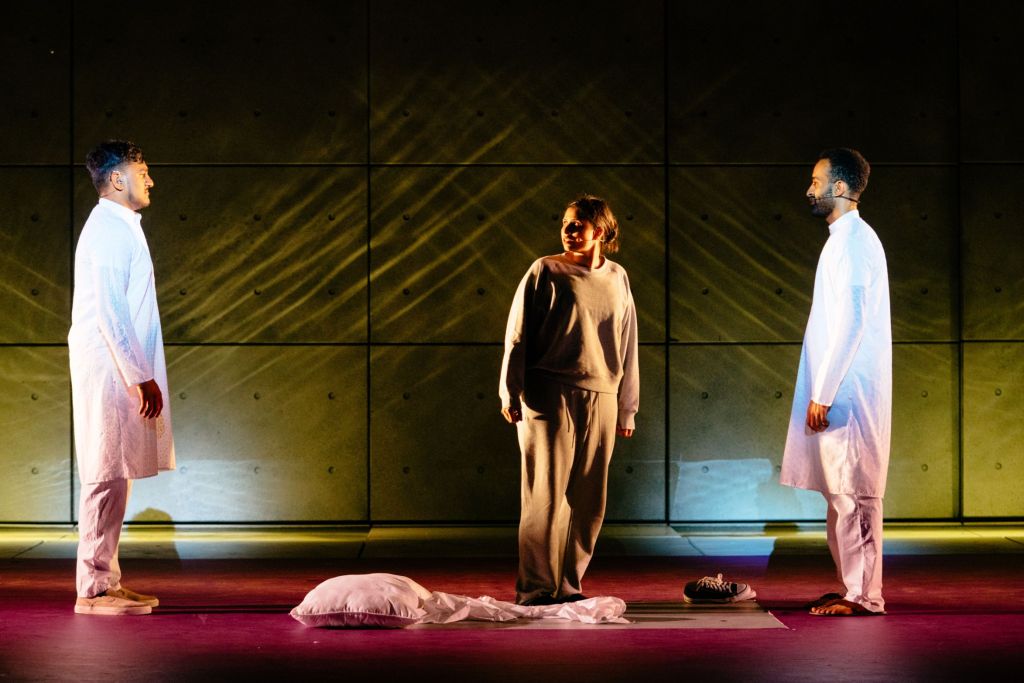 Ellam’s lyrical genius is so powerful, so devastating, and so beautiful. His words are one of the most poignant aspects of the piece. Highlighted exceptionally by the Greek Chorus, who thanks to Ellam’s words and Carrie-Anne Ingrouille’s emotive choreography, is perfection in every way. The mastermind’s contemporary use of the Chorus seamlessly shifts us from scene to scene, as they rap and dance their way through the verses, whilst taking on the identities of politicians, paparazzi and teenagers of the youth centre. They heartbreakingly comment on the story whilst posing thought-provoking questions to really engage the audience to challenge what they know. Rhianna Dorris and Razak Osman were standouts of the chorus, their bold dramatic performances were captivating. You could feel the electrifying energy coursing through their veins with each word and each movement. Remember their names…they are the ones to watch. 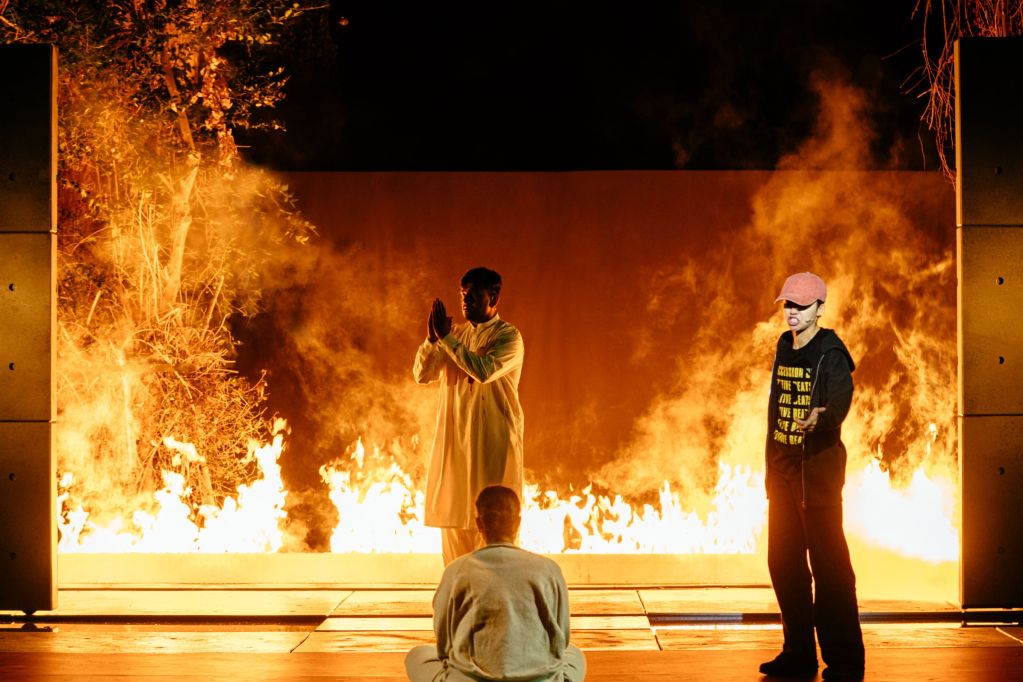 The set design from award-winning Leslie Travers’s genius ‘soft play’ set throws you straight into the production, whilst they literally throw the furniture off the stage. With striking sound design from Emma Laxton, masterful music composed by Michael Asante MBE and slick lighting design from Jack Knowles. The production quality from start to finish left me in awe. From smoke bombs to epic fire to beautiful symphonies of soundscapes, a brilliant collaboration that creates a true spectacle on stage.

Performances of note were Nadeem Islam’s Polynices, a deaf actor who breaks down stereotypes and promotes inclusivity. In his scenes, he and the other actors used BSL and effortlessly incorporated it into the script. His intense portrayal of Polynices was emotional and tense. At the curtain call, the audience signed the word ‘applause’, it was an extremely touching moment and one I hope to see many more of in the future.

Joseph Prouse’s witty, desperate for a promotion, the officer provided some much-needed comic relief. Tony Jayawardena’s power-hungry Creon had a demanding stage presence that cleverly satires many of today’s politicians. Zainab Hasan’s Antigone was strong, commanding and proud. Her use of language and pattern was gripping and modern, and although the direct address to the audience became a little tiresome at times, her performance was enticing and moving. The use of Eli London’s Tiresias was extremely inventive, though their ominous presence was revealed and explained a little too late in the show for me. Cleverly they changed the character from a prophet to a modern-day, tech-savvy, hoody-wearing, data analyst who demonstrated how figures and numbers can easily be manipulated. 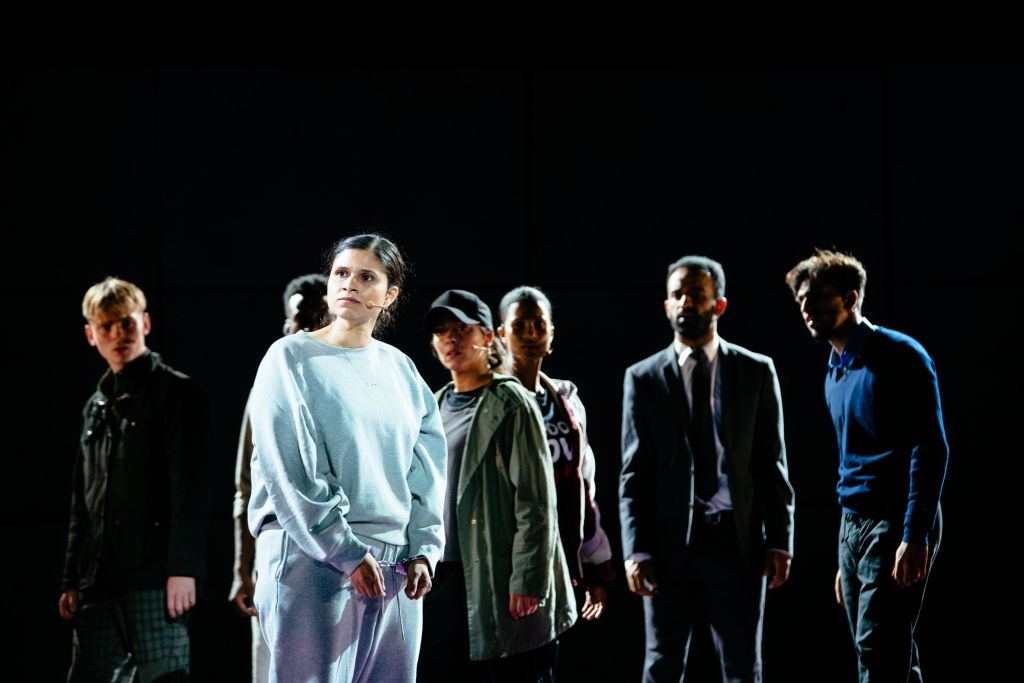 If you have never visited Regents Park Open Air, it is magic. Proudly standing in the middle of the park is a blissful haven, with fairy lights, themed cocktails, good food and surrounded by nature. In my opinion, it is the most beautiful and unique venue in London. But be quick if you want to go this year, Antigone is the last production in 2022.

Inua Ellams’ Antigone is a thought-provoking, bold adaptation that is not to be missed. This brave and courageous piece holds a mirror up to society and forces you to ask questions about the political times we live in.

‘Antigone is a political thriller. It was then, it remains so now and we’re living in political times’ – Inua Ellams.

All imagery courtesy of Helen Murray.