Review: Grease The Musical at The Dominion Theatre

Nikolai Foster brings back Jim Jacobs and Warren Casey’s gritty Grease The Musical to The Dominion Theatre stage. A bit rawer than the 1978 film, the musical takes place in Chicago rather than sunny California. The play focuses on rebellious, lustful working-class teens, Danny Zuko and Sandra Dee’s love story, as well as allowing room for supporting cast members’ affairs to shine through. 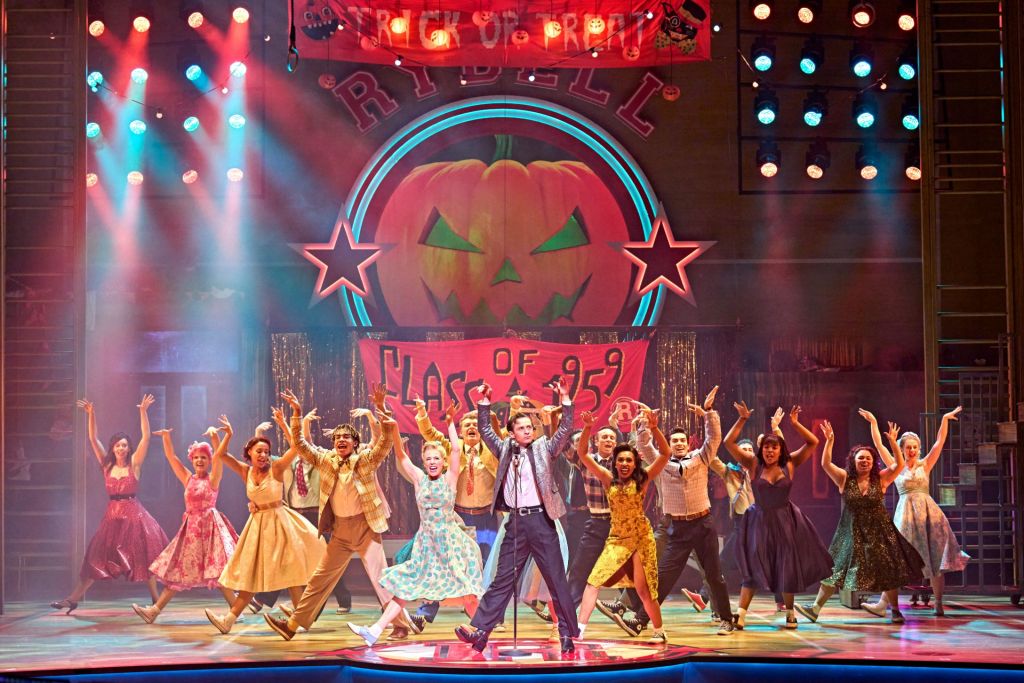 The cast: Dan Partridge and Olivia Moore play Danny and Sandy. The Pink Ladies are led by Jocasta Almgill as Rizzo who really made a huge impact with those vocals and raw acting. We could not take our eyes off her. Peter Andre makes his West End debut as Vince Fontaine/Teen Angel. Brilliant vocals and very much a key part of the company.

The music: The musical numbers in the production keep the pace of the show alive. The production features all the classics including “Hopelessly Devoted to You.” “Summer Nights” brings a wonderful back-and-forth energy right from the start. And of course, “We Go Together” is an extravagant ensemble bound to bring a smile to your face. There are also a few musical numbers that may feel unfamiliar that take the pace out of the show at times whilst returning to Jacobs and Casey’s original musical. 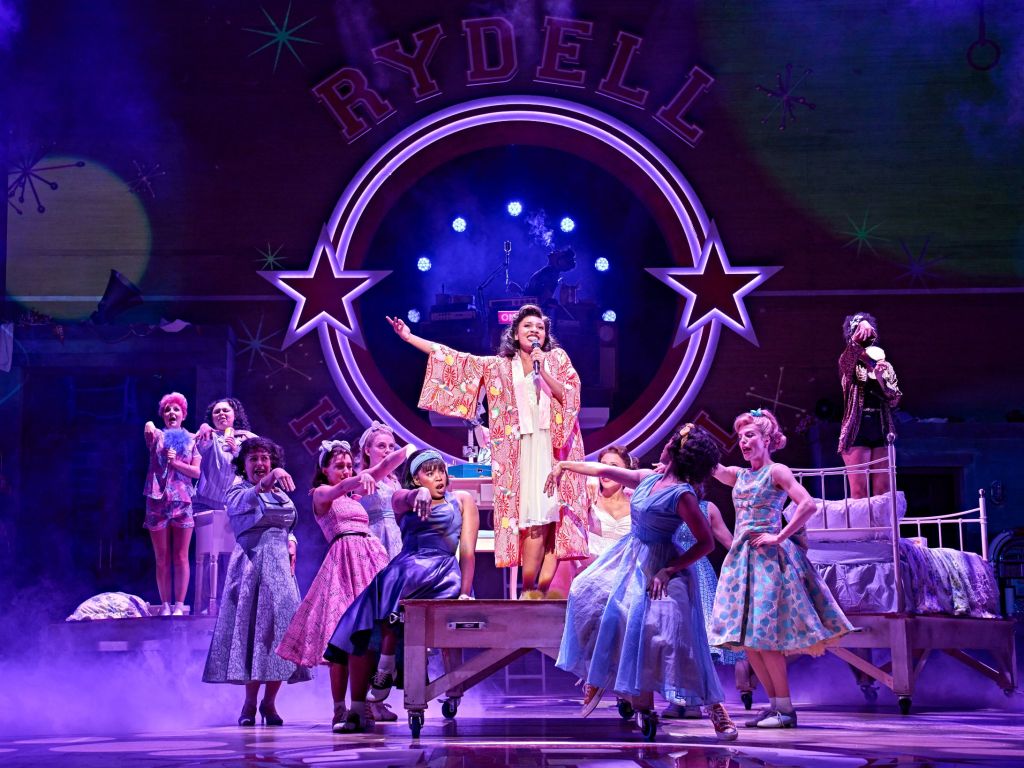 What makes this production different: Foster makes Grease the musical at The Dominion Theatre stand out from the typical 50s-nostalgia blockbuster love story by emphasising and changing different elements of the story. The production is less focused on Danny and Sandy, and more on the social circles and deeper issues within the other characters. It suggests darker social problems of the times, such as toxic masculinity and conflict with law enforcement, but does not weigh them too heavily on the audience. 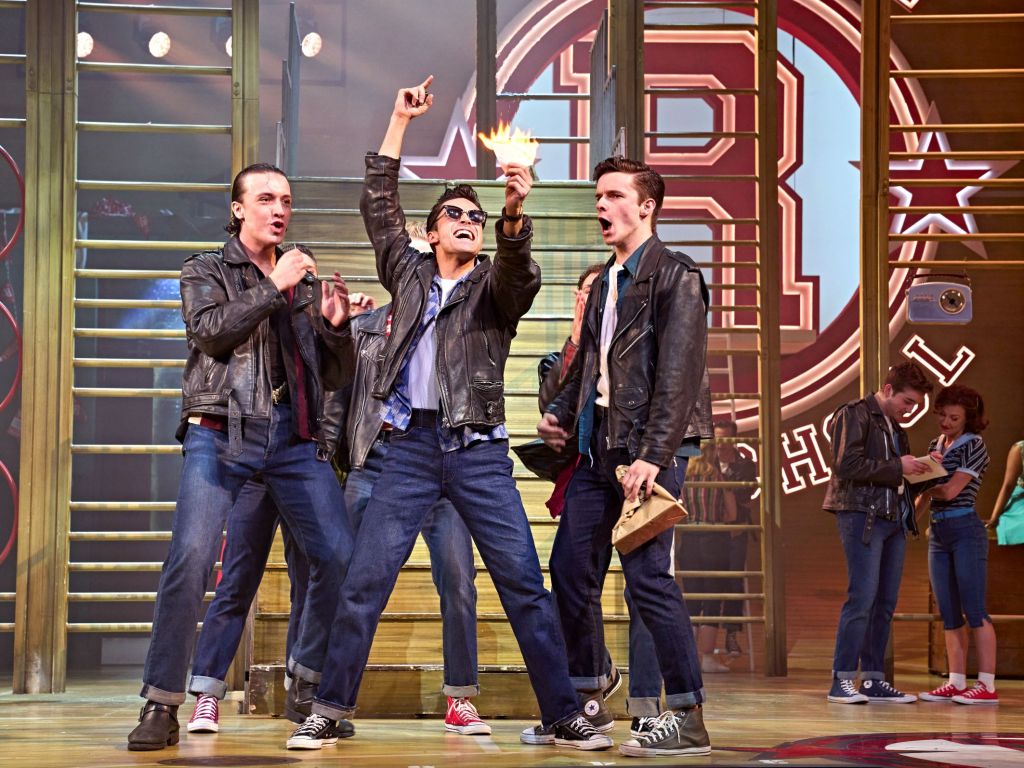 Choreography, staging and direction: Arlene Phillips utilizes the ensembles and choreography to bring a youthful energy to the stage while giving each character a distinct personality. From the slumber parties, school dances, playful duets, and hand jives, Phillips portrays a bubbly teen energy that is harshly contrasted in more gritty, serious scenes. The production is a great attempt to preserve the original Grease the Musical.

All imagery courtesy of Manuel Harlan.