Marlow – The beautiful riverside town turned gastronomic paradise is firmly on the foodie map for many reasons, one of which is Atul Kocchar. Not only did he change the way people perceive and experience Indian cuisine, but he was also one of the first two Indian chefs to receive a Michelin star. In Marlow, you have the choice of Northern Indian cooking at newly opened Vaasu and Southern Indian fayre at Sindhu. 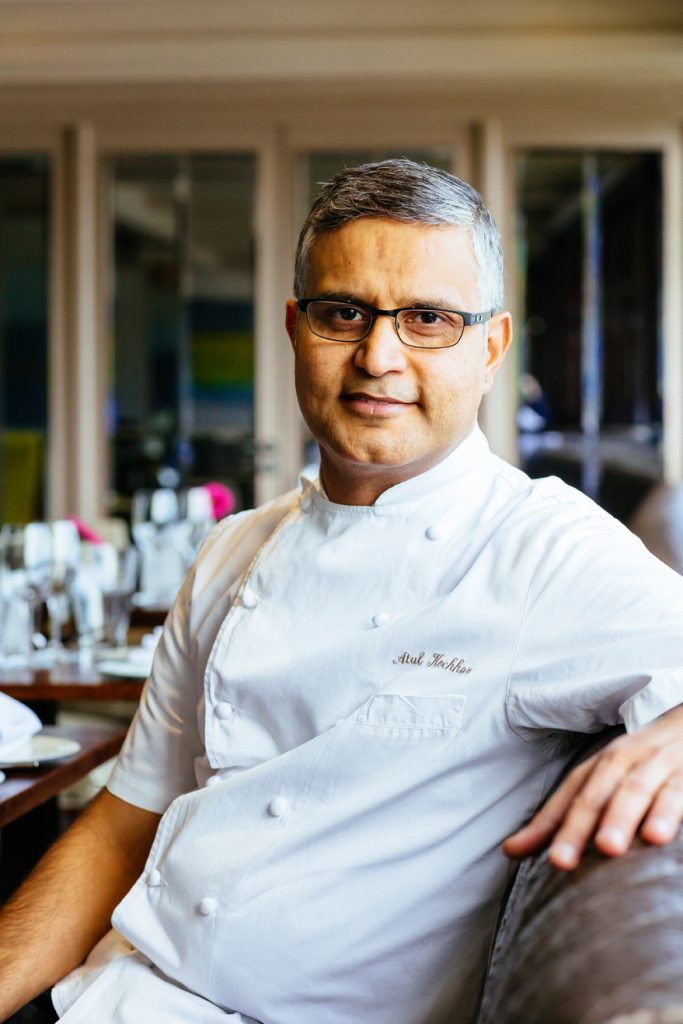 Sindhu means river and the restaurant is at The Compleat Angler Hotel, overlooking the River Thames. This dining room has nurtured the best of British hospitality including front of house legend Valerio Filippini and hosted the world’s biggest celebrities like Princess Diana. 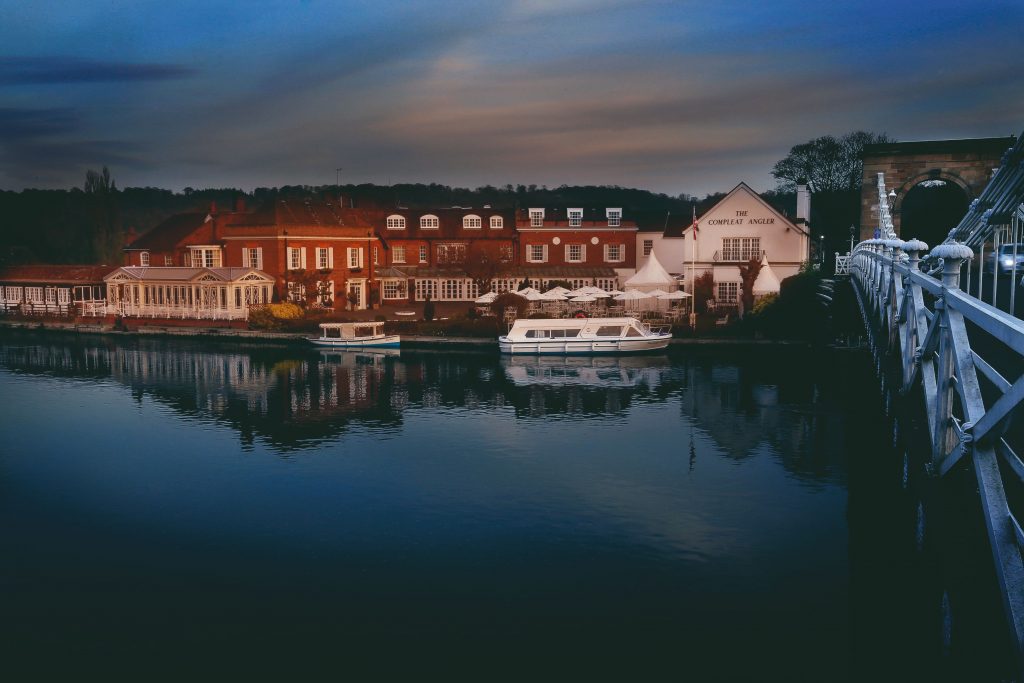 Whilst we heard that the average age in Marlow is shall we say a little higher than a lot of the UK, we expected the restaurant to be less busy for our 8pm table. Wrong. The room was buzzing with a variety of happy diners – groups, couples and regulars. We sat next to two guys whose wives “only eat fish and chips” so they do a monthly meet up at Sindhu and have the tasting menu each time! That’s dedication. 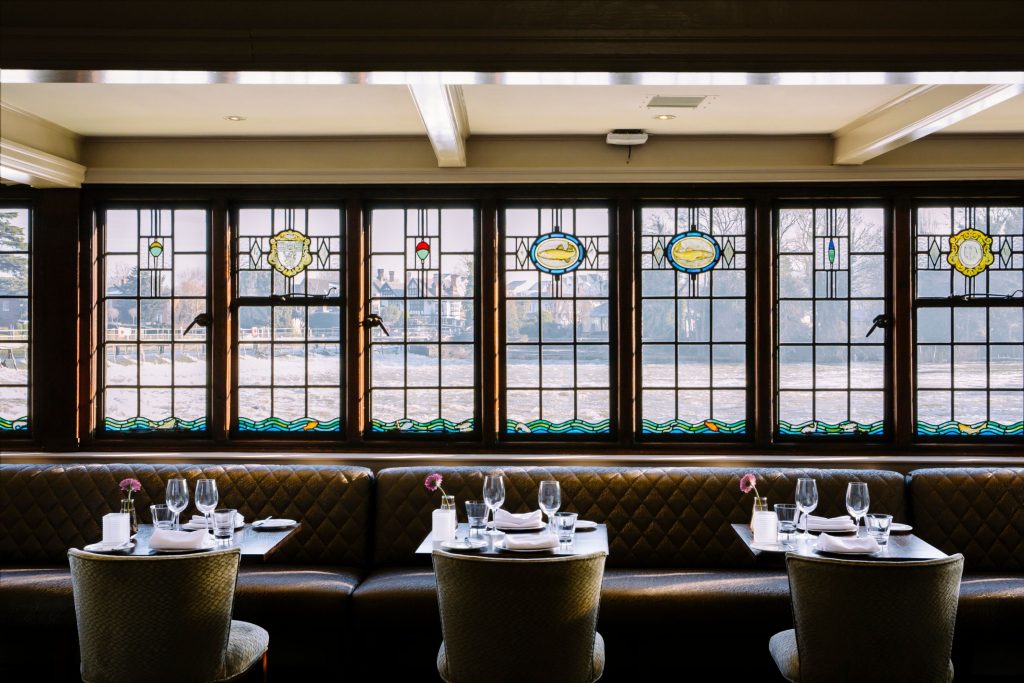 All the menus are new and recently launched in July 2020. The menus are tantalisingly tempting and Atul uses the finest British ingredients along with his many years of Indian cooking. There are also vegetarian menus and of course tasting menus which our new friends were really enjoying at the (socially distanced) table nearby. 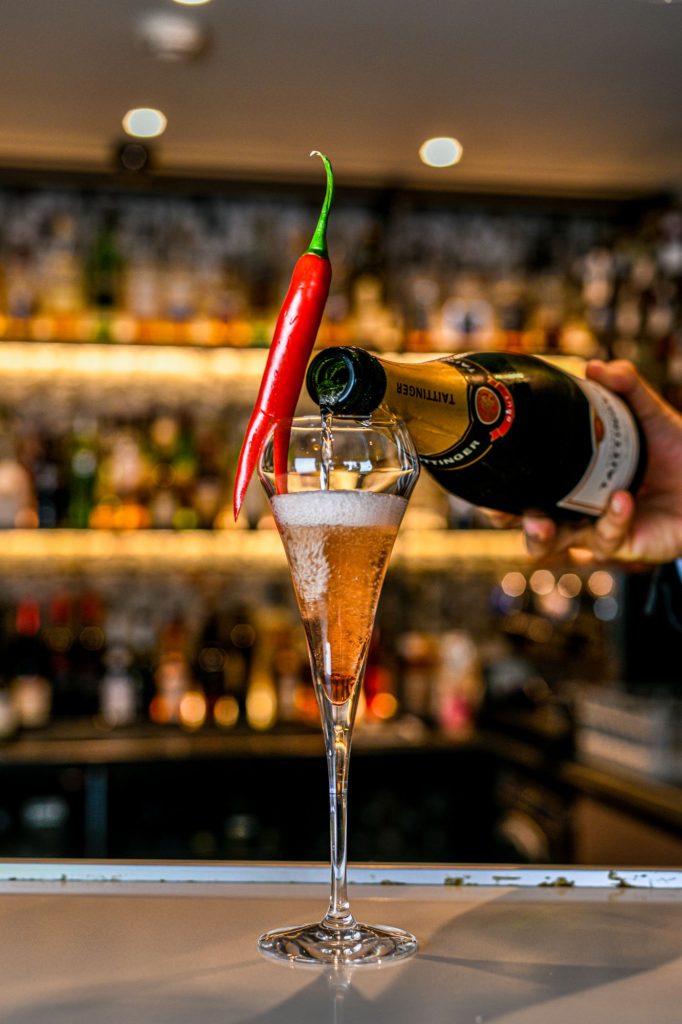 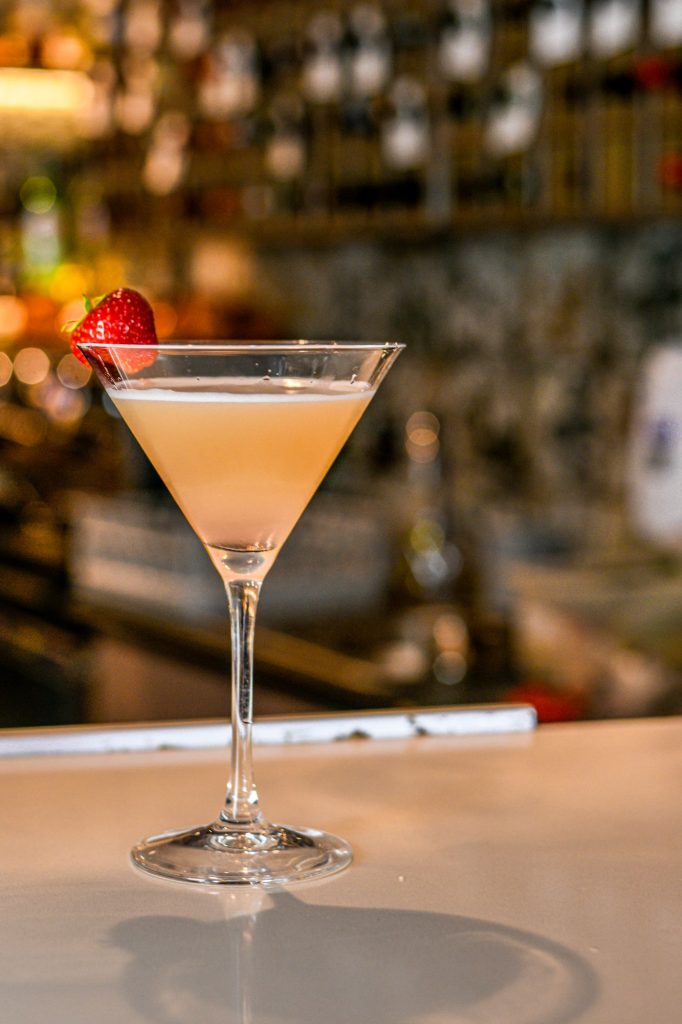 One of the revelations of the night was the Sindhu Martini made with gin, ginger, lemon grass, lime and….. curry leaves! Genius. The curry leaves gave this cocktail such a unique, moreish taste. A really clever use of such a complex ingredient.

The wine list is extensive and world reaching. We were recommended a bottle of Haha Chardonnay from New Zealand. Now my mum knows what she likes and has left many a sommelier quaking in their shoes (yes she is a little scary sometimes). In her words, “This was one of the most impressive wines I have ever had with Indian food.” High praise indeed. 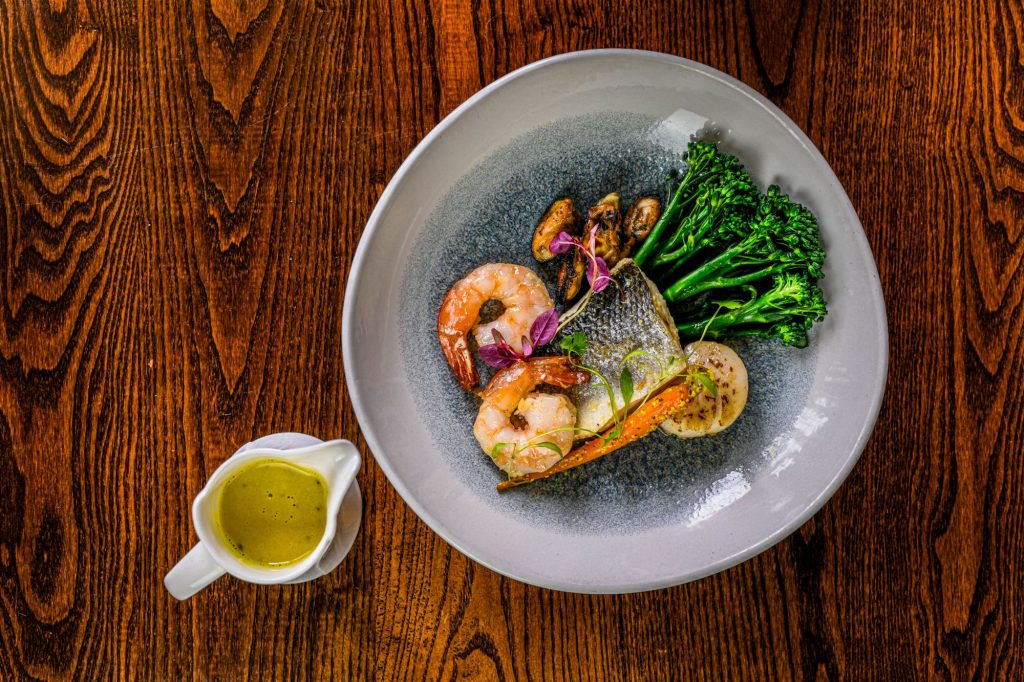 Our favourite starter – HUGE scallops with different textures of broccoli. Light and fresh. Looking around, a lot of tables had lobster tails poking out of them so we asked to try the lobster biryani. A really fragrant mix of lobster tail and prawns with a shellfishy spiced gravy. So delicate and seasonal. 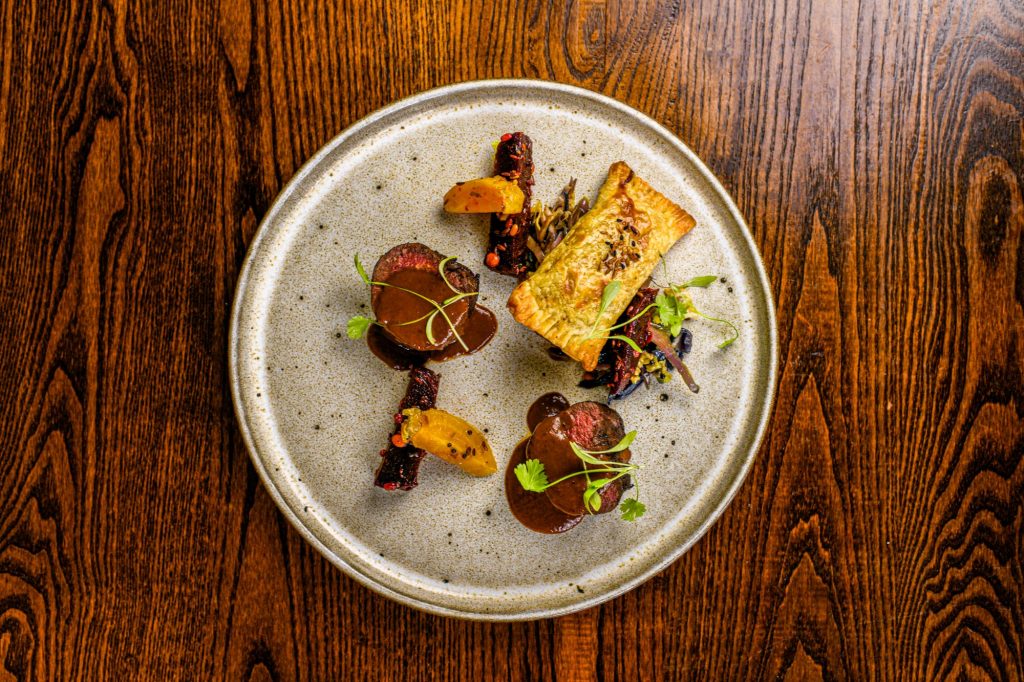 Main courses featured red meat. A traditional lamb curry featured tender lamb in a thick sauce full of aromatic spices. I also tried a Roe Deer as I was intrigued how this would handle the Indian style of cooking. The deer was tender and seared cleverly with ghee. The star of the show was definitely the meat which was accompanied by a gorgeous pastry filled with minced deer meet.

All imagery courtesy of Sindhu/Atul Kocchar.