Special Operations Agency: How To Be a Secret Agent for a Weekend

When asked if I’d be up for a Secret Operations Agency (SOA) experience, ‘Loch ‘n’ Load’, in the Scottish Highlands – there was not a moment’s hesitation as I hurled myself towards this unlooked-for opportunity. What’s the worst that could happen, I reasoned, when just one of the activities on offer is learning to fire a sniper rifle?

I have to admit I’ve come out of each lockdown with a renewed zest for life and a severely impaired ability to say no to any new adventures in the offing. For example, when last summer (during the brief window between lockdowns) a friend called asking if I’d be up for taking a  paragliding course with him in Romania, my immediate, unthinking response was “Sure, bring it on!”  Fast forward a few weeks and I found myself solo soaring over the hills of Baia Mare. 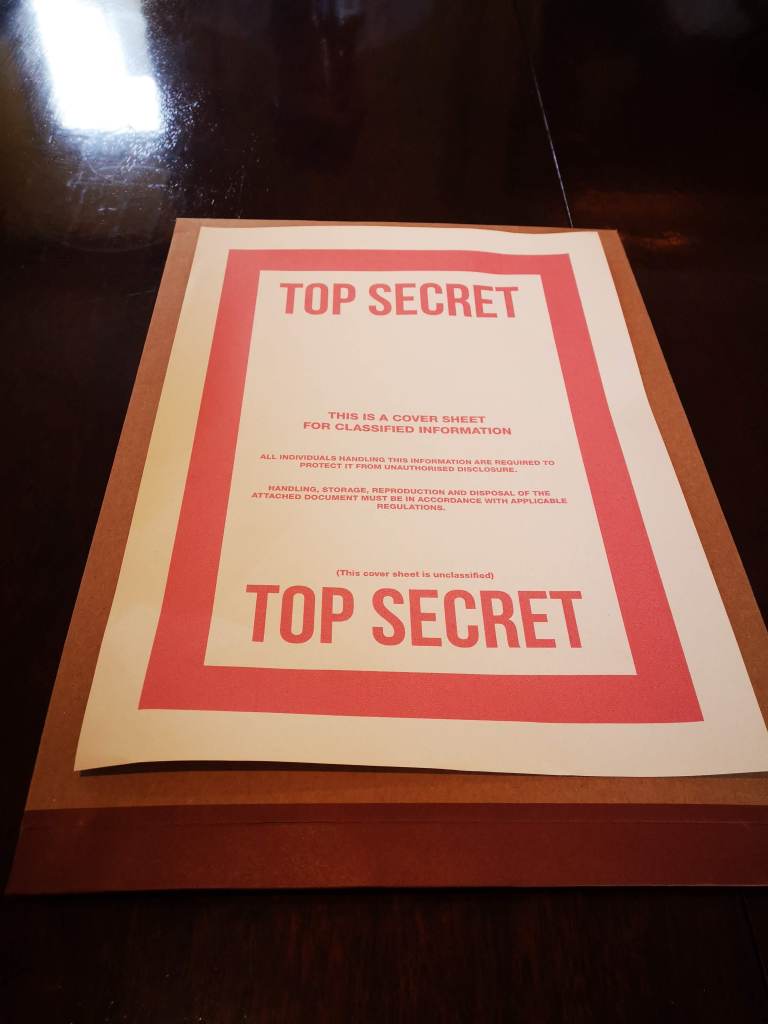 Let’s get those clichés out of the way first, shall we? Bond, James Bond. I can’t pretend to be a massive devotee of the 007 franchise. Sure I’ve watched a few, comatose on the sofa of a Sunday afternoon, but I probably learned more about the British Secret Service from numerous spoofs and spin offs, like the 1967 version of Casino Royale. Ursula Andress as a kilt-wearing double agent mowing down a crowd with her machine gun bagpipes comes to mind.

Thankfully no such armaments were required on this mission, though I may have provided my own comedy moment by turning up for training in leggings, more suitable for yoga, and trainers instead of the recommended water-proof trousers and hiking boots. Nevertheless there was no way I was going to pass up an opportunity to reinvent myself as a master spy – even if it was just for a weekend!

Special Operations Agency do exactly that – create adrenaline-fuelled, tailor-made espionage experiences trained by SAS, SBS and MI6 operatives in exclusive locations across the globe. Operation ‘Loch ‘n’ Load’ would be my once-in-a-lifetime opportunity to channel my inner kick ass protagonist. 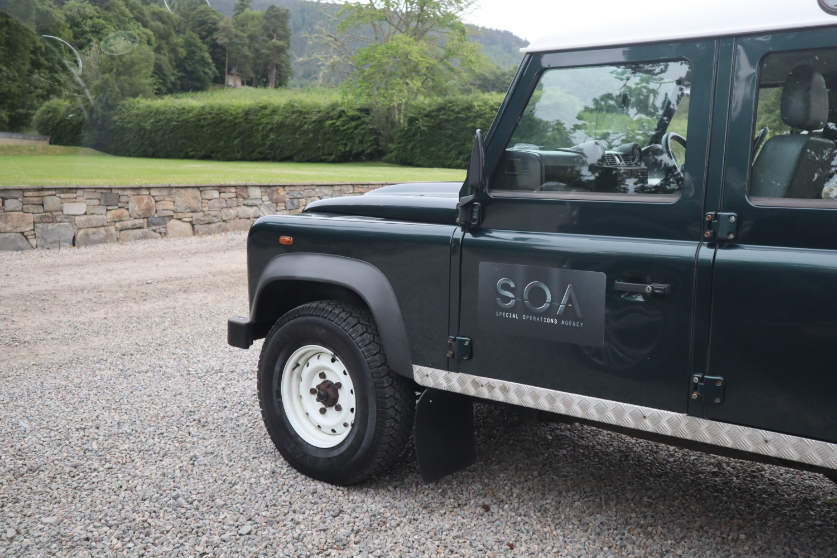 It’s a short flight from Heathrow Airport to Inverness, long enough though for the anticipation to start building and for me to get my adventure head in place.

A spy story should begin in style, all the best ones do – it’s a given. So it shouldn’t have been too much of a surprise to see the line of hardy Range Rovers and the Special Operations Agency team waiting to spirit us away to our secret destination. And what a destination it was! I failed to keep my carefully-rehearsed composure when the vehicle turned into Novar Estates – 20,000 acres of lush farmland, forestry and primed gardens. 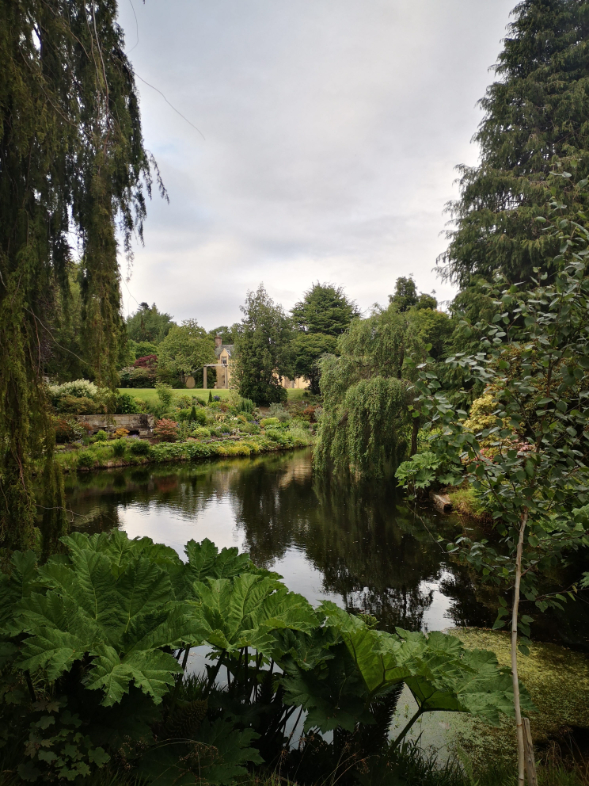 I could easily stay here for a holiday I thought to myself, except this was no vacation of leisurely time-wasting. Indeed it’s billed as a ‘luxury action experience’. SOA have been in existence since 2007, curating bespoke experiences which range from Bond-style personal adventure through action-packed team building to unique adrenaline-fuelled missions – if you can imagine it, they can probably make it happen. 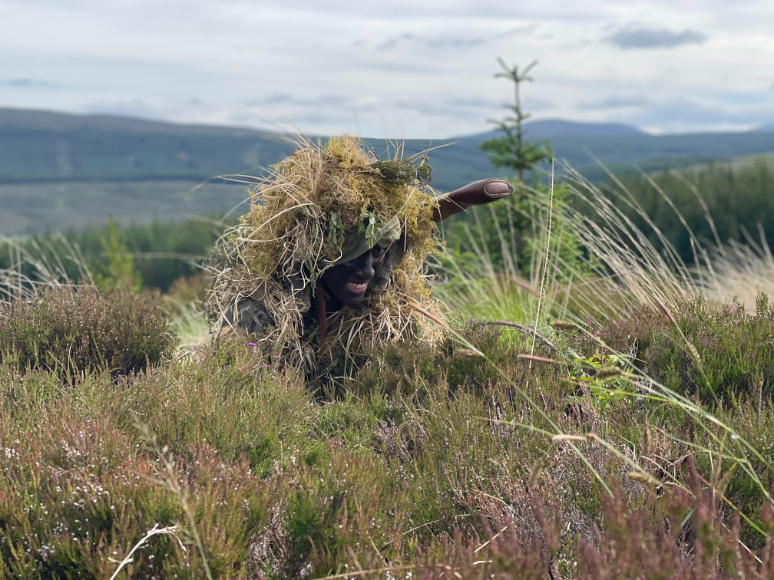 Not long after our bags were whisked away to our luxury suites, we regrouped for that all-important first briefing. The screech of car wheels spinning into an abrupt stop outside left us initially silent. Then the door burst open (of course I jumped – the second telltale sign that I have a lot to learn on the rocky road to becoming a steely-nerved agent of the Crown) and a classic James Bond-esque character from Special Operations Agency strode into the room, ensuring we knew immediately there was not a moment to lose. ‘Top Secret’ folders were handed out, briefs were studied. Our mission would begin the next day at zero seven hundred hours. It involved stopping some very, very bad guys doing, well if told you I would have to… you know the drill!

So it was way up in the Scottish Highlands where I finally bit the bullet (first and last time probably I’ll be able to use that phrase almost literally) and faced my fears. I had to put aside my personal beliefs and shoot a gun for the first time in my life, guided – luckily – by some highly trained professionals. And speaking of bites, beware of the midges; seemingly innocent swarms of minute flies, but boy do they leave their mark on their target area when the itching starts a day or two later. You’ll probably not even notice the little beasties, but in case of attack suit up with a midge net covering your face, use a repellent cream or do it nature’s way by crushing some lemon thyme as you fill your ghillie with forage. A ghillie is a camouflaged outfit worn by snipers, hunters and soldiers so that they can’t be easily detected. 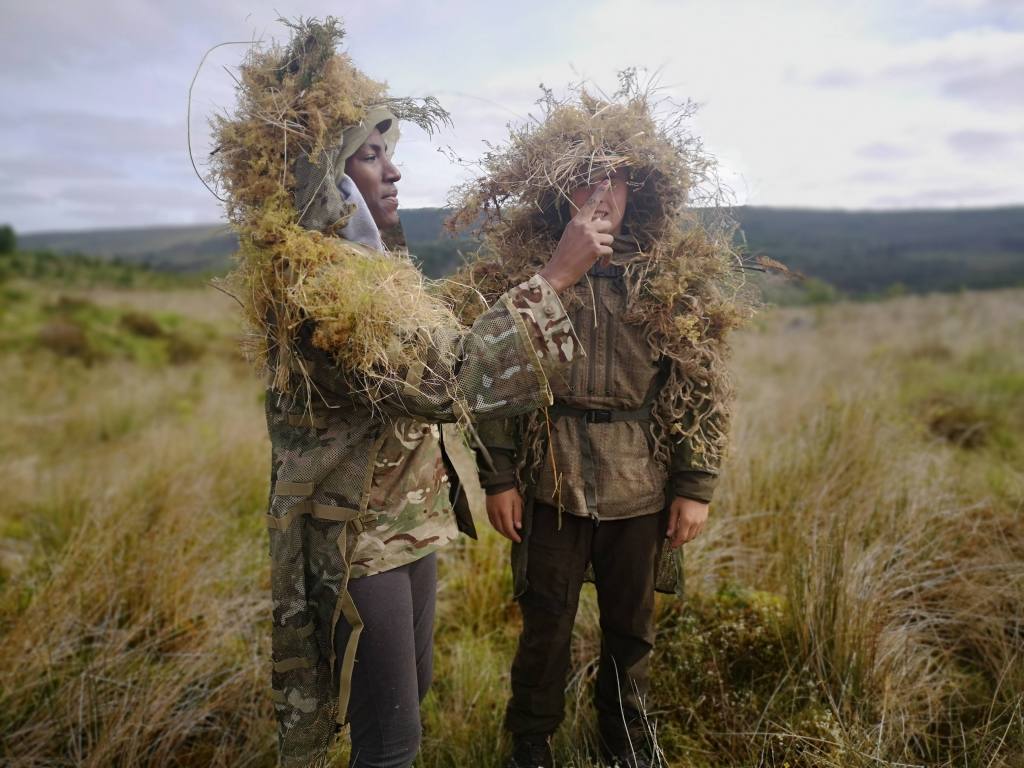 Initially I went into training with the quiet confidence of an underdog, there to take everyone by surprise. That assurance quickly diminished once I realised I’m not really a natural born shooter. So to get the most out of this experience, I needed to put aside any stubborn pride, listen to instructions (OK, that’s one thing I do have in common with Mr Bond, we both want to cut to the chase) and trust my gut. During the weekend I also learned about concealment – we even crafted our own ghillies and were tutored by the Special Operations Agency experts in the noble art of camouflaging into the uneven terrain.

Safety is of course paramount, so all rifles were mounted to the ground. For someone who literally jumped every time a bullet was fired (these were real guns for the record) it was indeed a sweet victory when I managed to hit my targets. The thrill wasn’t from pressing the trigger, but rather from persistence, listening intently to everything I was taught, and dialing up a ‘can do’ attitude to the max. 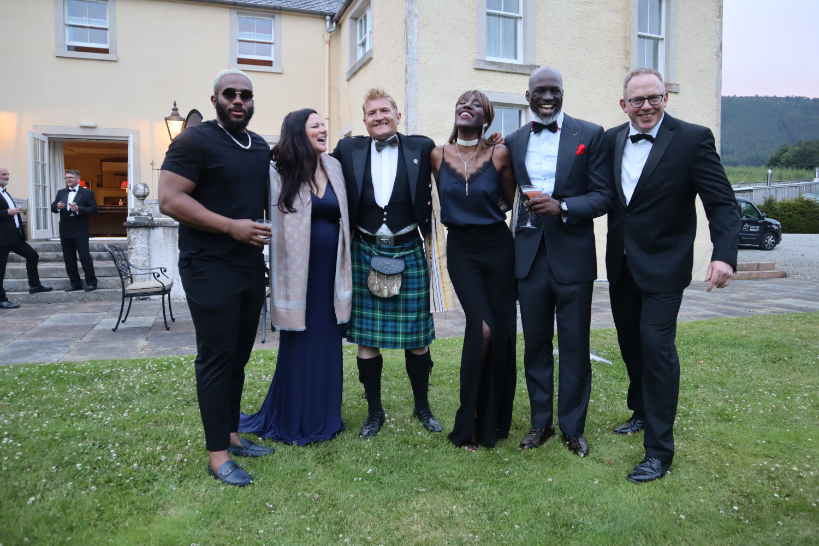 It wasn’t all camouflage face paint and ghillie suits though, I’m pleased to share. We scrubbed up well in black ties and evening gowns too. Now this was definitely more my scene – completing the mission meant the rewards of an evening of Bond-themed cocktails and canapes in the grounds of Novar Estates, before a gourmet dinner inside our mansion. 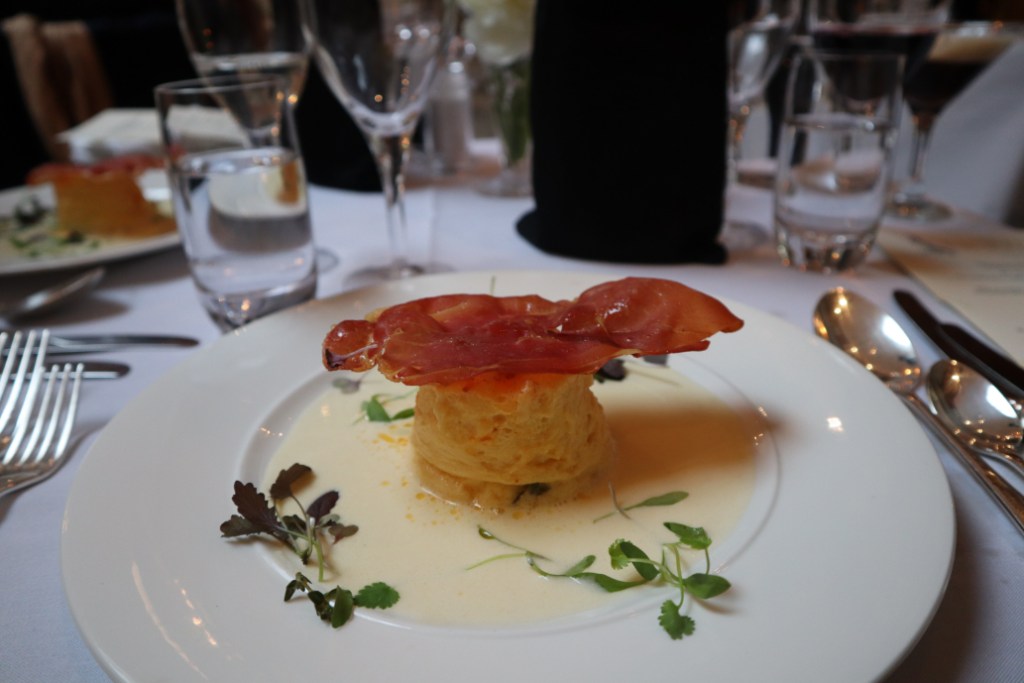 Bagpipes played in the background as we mingled, ate gorgeous food and swapped case notes and victory stories. Prizes were awarded to those who made the grade and then some. Though I didn’t manage a prize, the real win for me was taking part. I’d started the weekend with a group of strangers and ended it with a brace of comrades.

Monty Norman’s infamous theme tune of the English secret agent is still stuck in my head. The whole experience was a fitting motto for one of the most important life-skills I’ve taken away; Impossible is nothing! So, if you have an almost-forgotten kid inside of you who’d be up for the role (and thrill) of secret agent – the Special Operations Agency is the one to call. Discreetly of course because you never know who might be listening…

What’s next for me? Well, now the real mission begins – implementing these skills in my everyday life… Focus – Breathe – Fire. Challenge accepted!