Walpole recently hosted 400 creatives of Britain’s luxury industry at the annual Walpole British Luxury Awards 2022. Each year, Walpole strives to honour and recognise the UK’s thriving luxury industry as well as the individuals who maintain it. 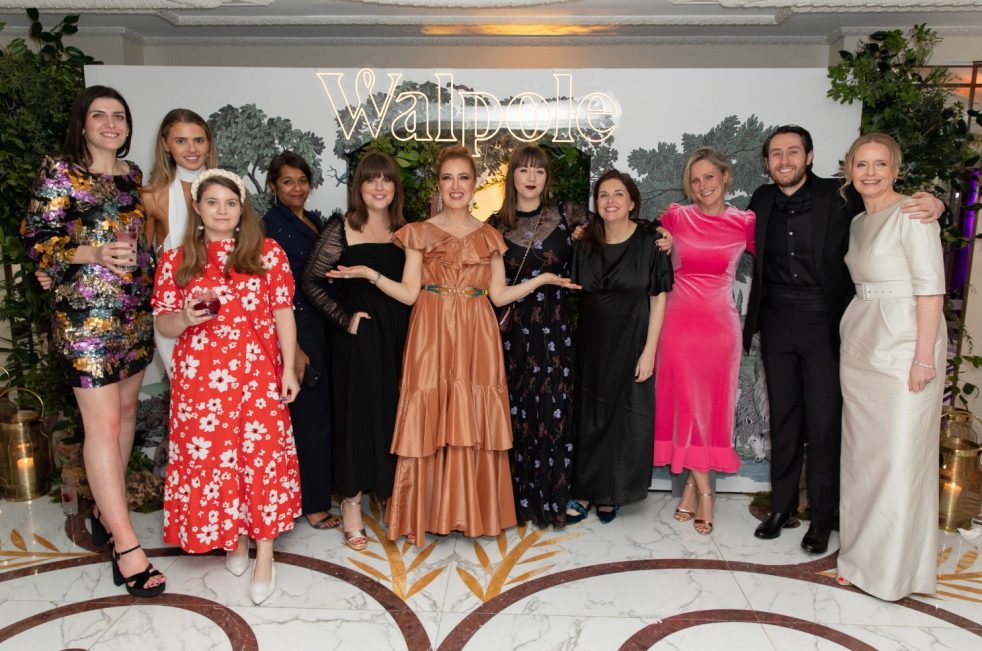 This year’s ceremony was held at The Dorchester with a stunning dinner masterminded by Mario Perera and a swinging after party courtesy of Royal Salute. Hosted by actress Saffron Hocking, the Walpole British Luxury Awards represents much more than just luxury brands. Instead, it is a reflection of the country’s booming luxury industry responsible for creating 160,000 jobs, and is worth over £48 billion. Walpole goes above and beyond in their efforts to promote, protect, and further develop the thriving industry with its mentoring programmes, events, research and public affairs.

Helen Brocklebank, Walpole’s Chief Executive, noted “This year we received a record number of nominations from British brands at the forefront of innovation, craftmanship, hospitality, design and sustainability who positively contribute to the evolving economic and cultural impact of British luxury globally. Not only do this year’s winners stand out for their exceptional products and services, but they are notable for their investment in the UK, local economies, employment, arts, and culture which is exactly what this country needs from business right now. My congratulations to tonight’s winners and thanks to all our sponsors and partners without whom this evening wouldn’t have been possible.” 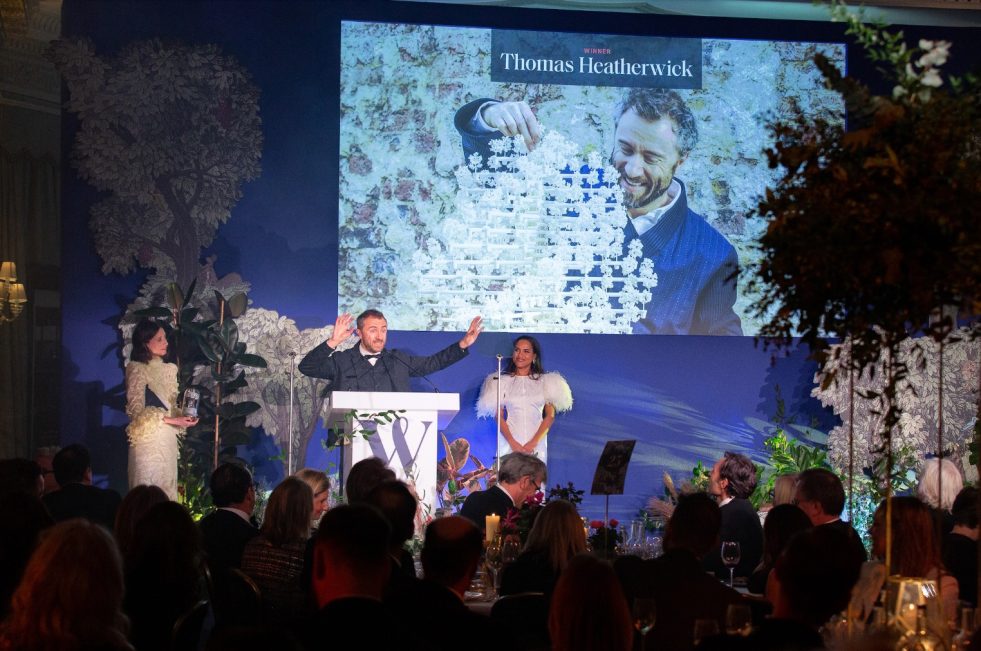 The Great Creative Britons’ award was given to three individuals who have significantly benefited the landscape of the UK’s luxury industry. Barbara Broccoli and Michael G Wilson were awarded due to their 2022 charitable acts celebrating the 60th anniversary of James Bond, while Thomas Heatherwick was presented the award as a result of his Tree of Trees installation, celebrating the late Queen’s Platinum Jubilee.

The Sustainable Luxury Brand of the Year award was given to Mulberry for its Made to last Manifesto, demonstrating its sustainable practices and its plans to become Net Zero by 2035.

CHANEL was awarded the Cultural Contribution award primarily because of its CHANEL Culture Fund–dedicated to uplifting female artists, maintaining and creating positive change in the process.

The Creative Collaboration award was presented to Fortnum & Mason as well as the Great British Public for their participation in the Platinum Pudding, created specially for Queen Elizabeth II’s Platinum Jubilee. 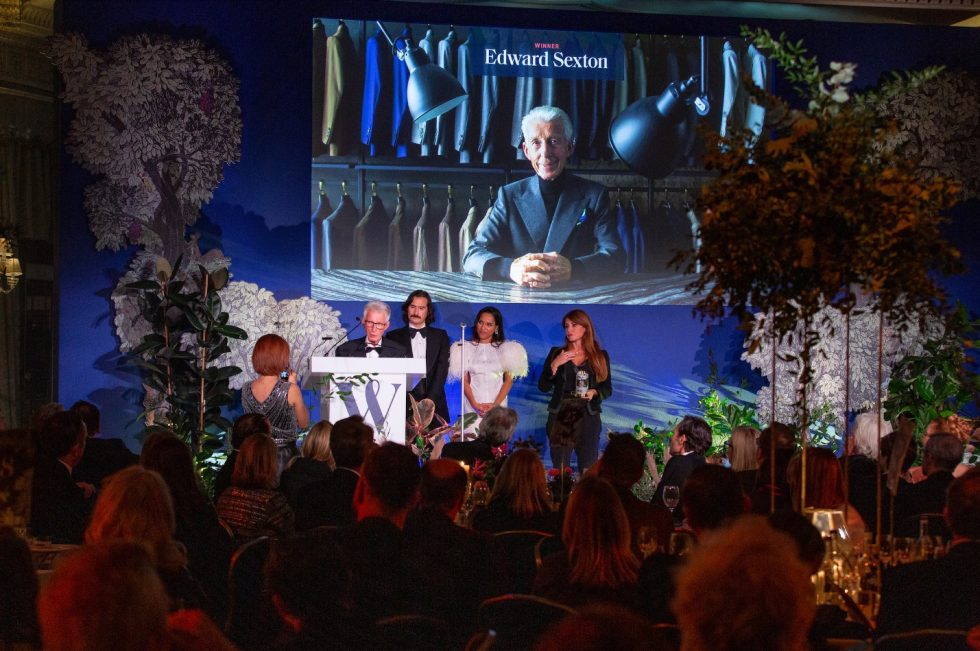 The Visionary award, which recognizes an individual’s creativity and vision over the course of their career, all while inspiring others, was given to Edward Sexton. Sexton’s iconic style has become culturally recognized as a pivotal moment in British history. In transforming Savile Row from the hotspot of Britain’s most elite to a local haunt of celebrities and rock stars, Sexton has given this British cultural landmark a whole new meaning. 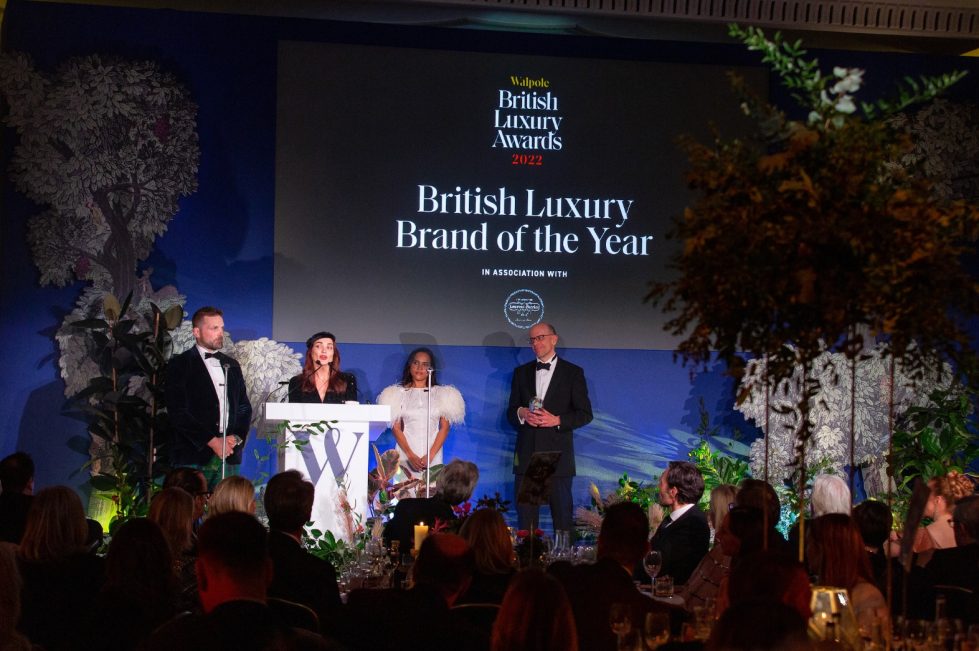 The Walpole British Luxury Awards stands for far more than simple luxury living. In awarding modern day creatives, Walpole recognises the ways in which luxury has contributed to British culture, as well as how it impacts future generations–with its emphasis on sustainability. 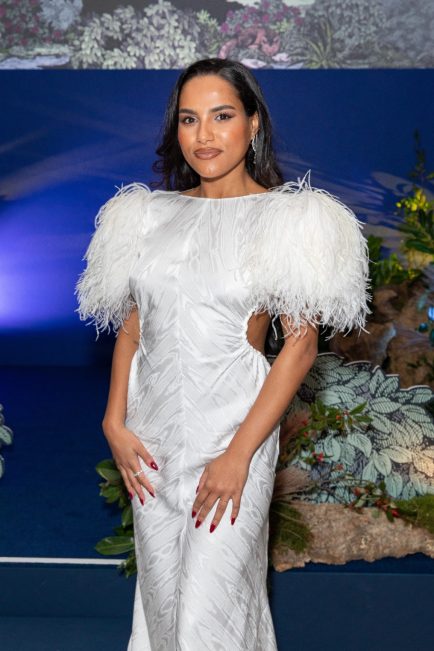 Other award winners include:

British Luxury Brand of the Year awarded to Gleneagles.

Made in the UK (In association with the Department for International Trade) presented to Harris Tweed Hebrides.