Clear your diaries for our favourite opening of 2022 – Studio Frantzén. Critically acclaimed chef Björn Frantzén’s rooftop restaurant and bar at Harrods is the epitome of luxury. Björn Frantzén has conquered the culinary industries of Sweden, Singapore, and now the UK. Offering a fusion of Neo-Nordic and Asian cuisine with hints of traditional British, Studio Frantzén will span the department store’s top two floors, featuring two bars and a rooftop terrace. 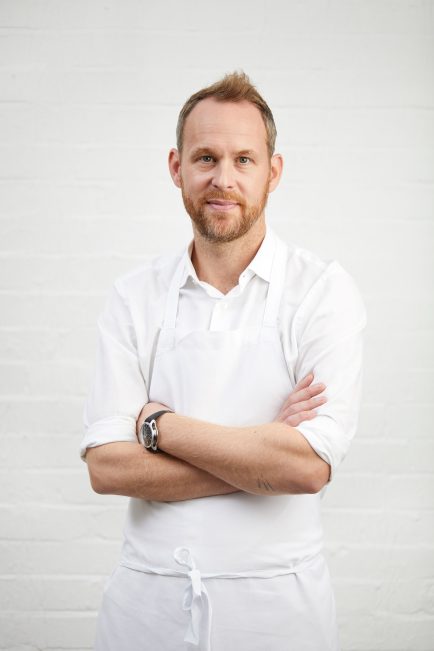 At Harrods, Frantzén will combine the two restaurants, offering a menu fusing Swedish and Asian cuisine together while paying homage to the UK, featuring a series of traditionally British dishes. When asked about his new addition to The Frantzén Group, Frantzén said “The UK was my home for a long time, and the experience that I gained here early on in my career played an informative role in my education as a chef. I am overwhelmingly proud to be back in London, one of the most interesting cities in the world, to open my restaurant at Harrods.” 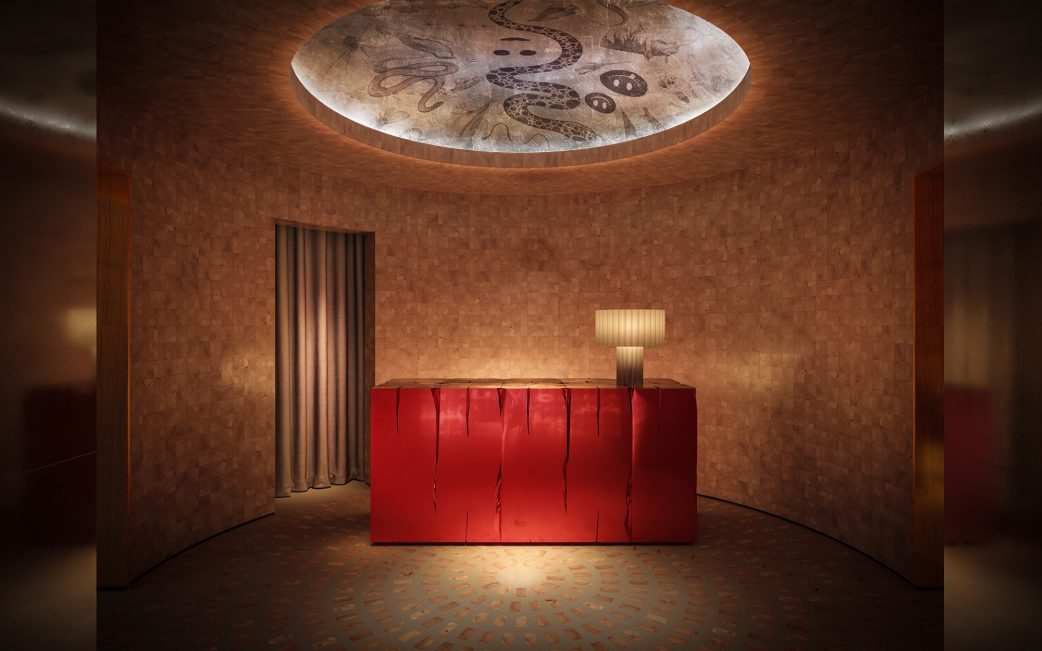 Studio Frantzén will join a variety of fine dining establishments in the iconic department store, but will tower over Brompton Road from Harrods’ top two floors. The restaurant will offer 150 seats–which is a drastic difference from Frantzén’s 23 seats and Zén’s 24 seats–as well as a rooftop terrace overlooking London, with views of The Shard. 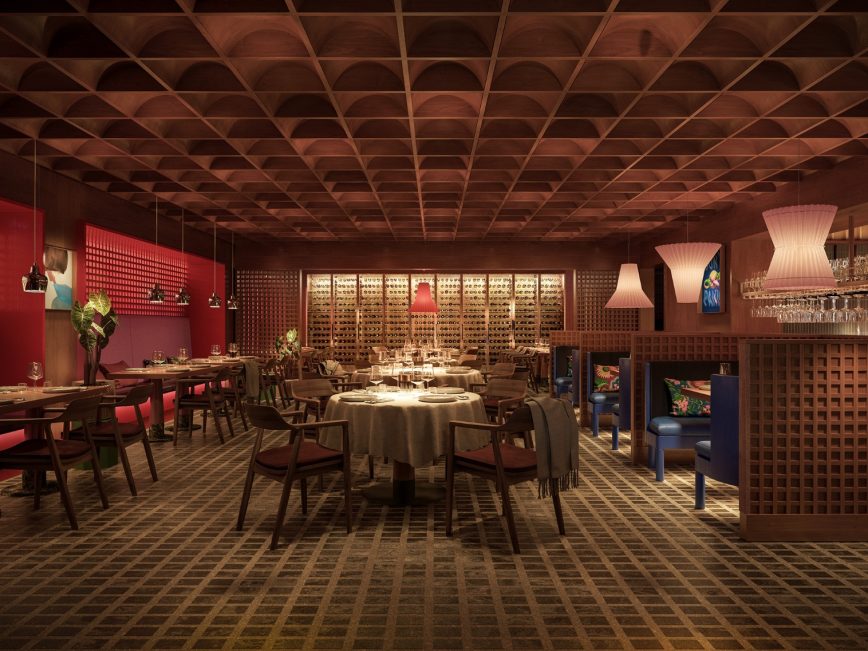 Inspired by Frantzén’s two Michelin Star restaurants, Studio Frantzén is a wonderful combination of flavours, textures, and ingredients from various regions of the world. The menu will also feature a “From the Fireplace” section, in which Nordic cooking techniques such as smoking and preserving will be used.

A perfect example of this seamless fusion of flavours is the “Tartare of tuna & red deer,” consisting of Vendace roe from Kalix, white kombu, wasabi infused cultured cream, fermented MIrabelle plum & warm ginger butter. Other notable starters include the sashimi of hiramasa, the sake cured mackerel à la ceviche and the cold poached Cornish lobster. Another must order is some warm laminated milk bread à la croissant with the most wonderful blond miso butter & borage honey. If you like flavour, then the Orkney scallops are a great choice. They come with a scrambled duck egg, lashings of black winter truffle, beurre noisette, crispy lichens & smoked pea soy. Wow. 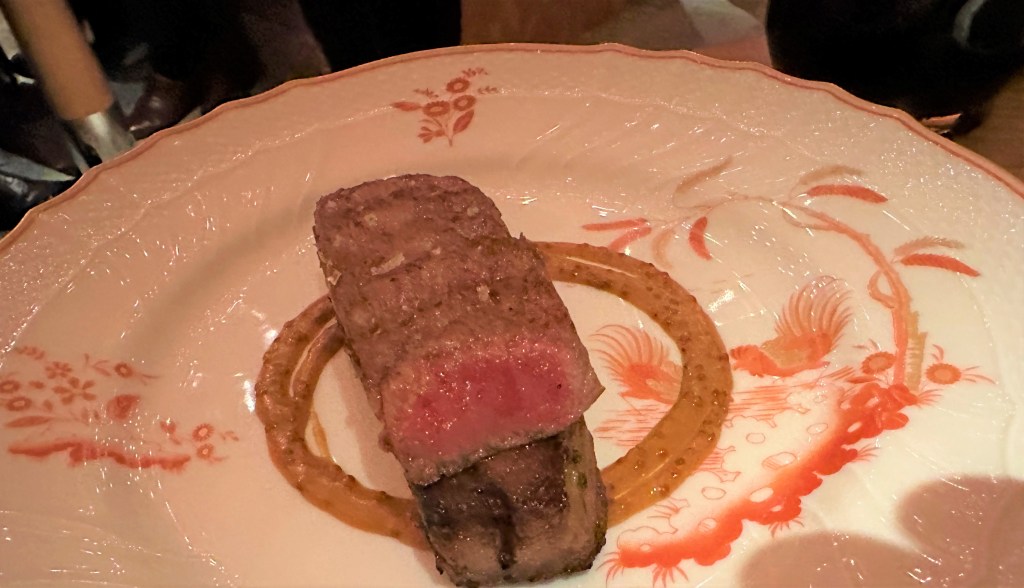 Highlights from the main courses as well as those from the fireplace include salmon tataki with crispy fish scales “furikake,” steamed turbot “Janssons temptation” & Koshihikari rice with crispy onions, quail with dried spruce & bee pollen, and Sweden vs Japan– a dish of braised beef brisket, grilled Japanese wagyu, lemongrass jus and Japanese mustard. 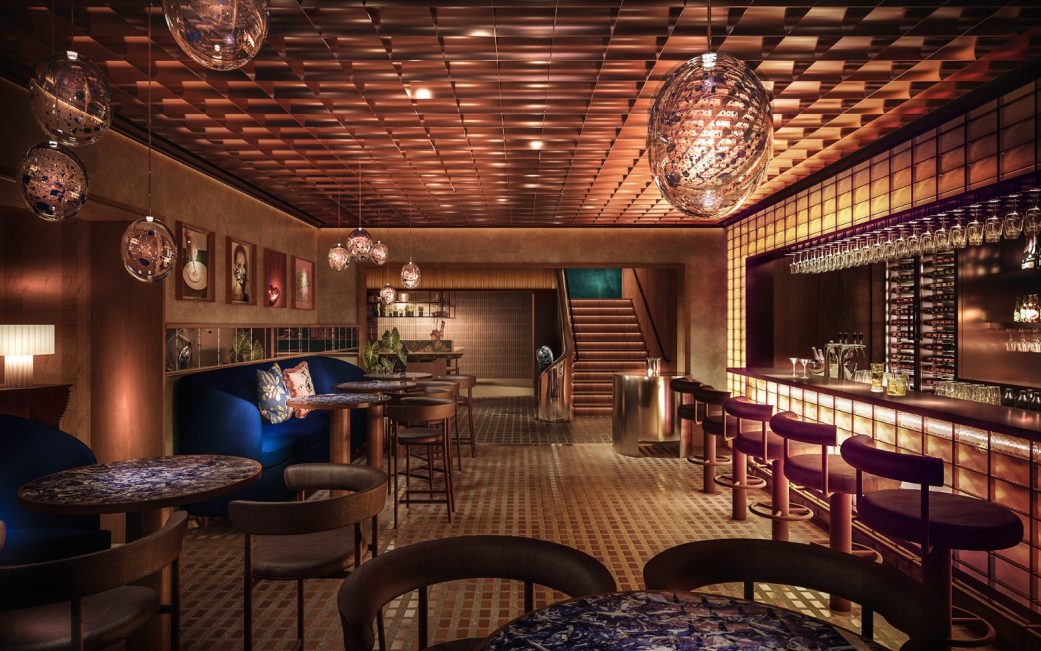 There are two bars – including one with sweeping views over the city’s skyline – serving signature cocktails and spirits made with premium Nordic ingredients. The bars are run by the talented Tomas Kracalik and there is a real synergy with the food menu with some stunning mixology. Cocktails and spirits will use Nordic ingredients as well as take influence from the Nordic region. A must try is Nackrosen – a beautifully balanced martini with intricate detail featuring Herno navy strength gin, Nordic vermouth and spruce cone oil.

Studio Frantzén’s two bars will also set records for Harrods, as this is the department store’s first rooftop bar and terrace, of which will offer panoramic views of London’s skyline. 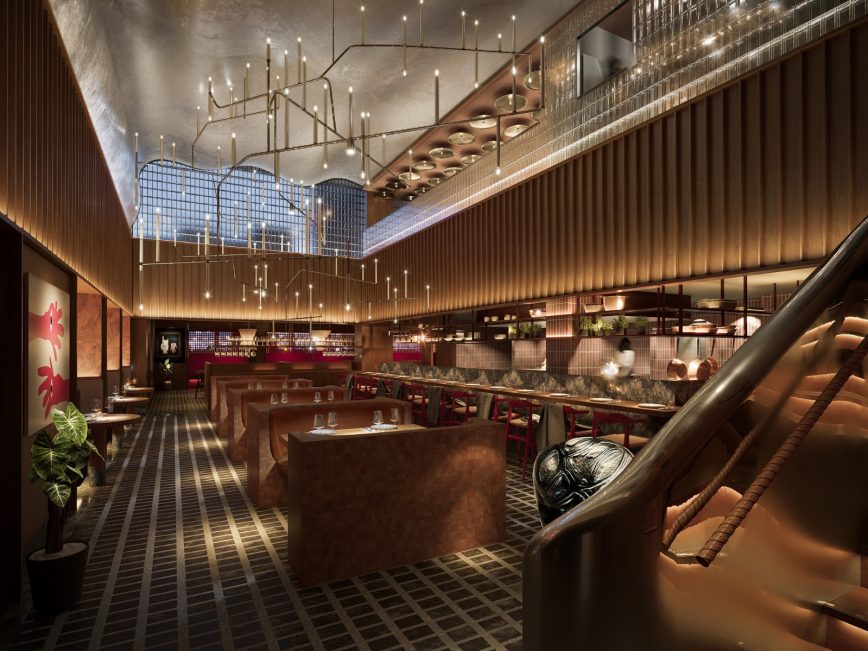 With elements of his previous two restaurants, influences from his education and travels, as well as nods towards traditional English cuisine, Björn Frantzén’s life experiences and career are represented in style at Studio Frantzén at Harrods. Every aspect of this restaurant has been executed to perfection, including the design, location, and menu–creating an atmosphere of Nordic, Asian and English influences in the heart of London.