The Balvenie 27 Year Old: A Rare Discovery from Distant Shores

The Balvenie has unveiled the latest whisky in its Stories Range, ‘A Rare Discovery from Distant Shores’, a 27 year old limited edition whisky. The new expression has spent seven of its 27 years of aging finishing in ex-Caroni rum casks, and the limited quantity means ‘A Rare Discovery from Distant Shores’ and will only be available for two years.

The release joins other The Balvenie Stories expressions such as 12 Year Old ‘The Sweet Toast of American Oak’, 19 Year Old ‘The Edge of Burnhead Wood’, and 42 Year Old ‘The Tale of the Dog’, bringing to life the stories of the places where the whisky is made and celebrating the creativity, passion and curiosity of its Makers. 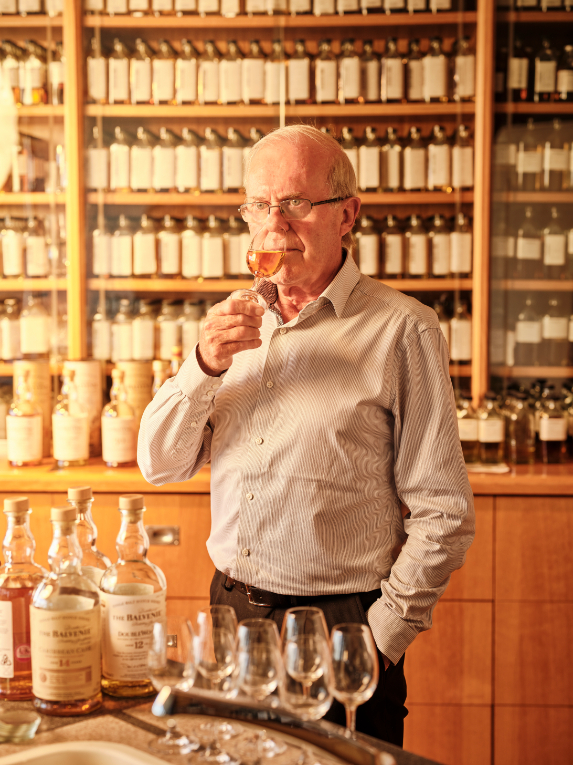 The Balvenie 27 is a unique range of single malts created by David Stewart MBE. David is celebrating the 60th anniversary on 3rd September 2022 and is the longest serving Malt Master in industry history (and fifth only for the brand since its inception in 1892) and for 60 years has developed incomparable knowledge and skills which have seen him produce award winning whiskies and developed new whisky making techniques, which have been adopted industry wide to critical acclaim.

Each expression has a very individual taste, but is rich, luxuriously smooth and underpinned by the distinctively honeyed character of The Balvenie. The Balvenie is dedicated to the five rare crafts that are used to create The Balvenie 27’s distinctive taste. It is the only distillery that still grows its own barley, uses traditional floor maltings and keeps both coppersmiths and coppers on site – making The Balvenie 27 the most handcrafted of single malts.

Inspired by the story of David C. Stewart MBE and his long-time friend and colleague John Barrett, the story of ‘A Rare Discovery from Distant Shores’ tells of the inspiration John gave The Balvenie Whisky Stocks team when he brought some very special samples of Caroni rum to The Balvenie’s sample room. John, who has a talent for finding interesting spirits from around the world, would often bring his discoveries to David and the team as opportunities for innovation and experimentation. This drive for experimentation combined with John’s access to rare and interesting spirits from far and wide, has allowed The Balvenie team to create a truly remarkable whisky with an inspiring story to tell in ‘A Rare Discovery from Distant Shores’.

Malt Master David C. Stewart MBE said: “Caroni has become a kind of cult spirit, followed by rum fanatics all over the world. It’s rare, it’s fascinating, all because the distillery is no more – having shut its doors twenty years ago. Caroni is totally unique – a heavy rum, bold, characterful and full of potential to create a really special Balvenie.”

These particular casks, having aged their Caribbean spirit for 10 years in Trinidad, were transported to Scotland and stored in Dufftown, until David decided to transfer some 20 Year Old Balvenie into them. The influence of the Caroni rum casks gives new notes to the distillery’s signature honeyed flavour. The whisky is rich, dark and indulgent, with notes of muscovado sugar and manuka honey.

The elements of storytelling continue through the packaging, with a bespoke illustration by British artist and printmaker Andy Lovell depicting David Stewart in his sample room. Andy’s work, which draws its inspiration from his many visits to The Balvenie distillery itself, can also be seen across the labels and tubes for the entire Stories range.

A Rare Discovery from Distant Shores will be available to purchase from; Hard to Find Whisky, Whisky Shop, House of Malt and Royal Mile Whiskies. Global RRP £1,120.